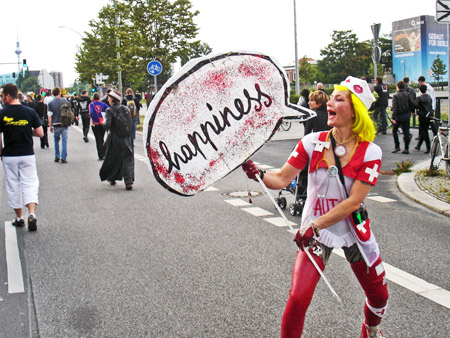 The protest against Mediaspree was taken to another level with the demoparade Megaspree on Saturday. For all of you who haven’t heard about it: Mediaspree is a construction project for the Spree area in Friedrichshain and Kreuzberg. The idea is to build dozens of sterile concrete office buildings at the waterside in which media companies should move in.

Therefore most of the alternative culture which is located in that area will be displaced, such as Bar 25, Kiki Blofeld, Maria and Yaam, to name just a few. On last year’s July 11 there was a public poll about the Mediaspree. The result was clear: more than 80% of the inhabitants of Kreuzberg and Friedrichshain voted against Mediaspree. But the government of Berlin was unimpressed; the plans were just lightly modified.

On the occasion of the first anniversary of the poll more than 50 cultural institutions hosted the Megaspree demo-parade on Saturday. The word demo-parade  describes very well what the whole thing was about: on the one hand, it was a political demonstration. On the other hand, it was a big, phantastic party on the streets. More about that with lots of photos after the jump. 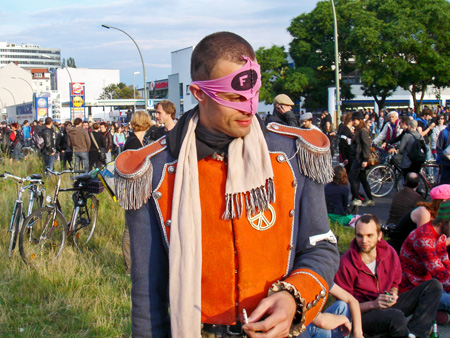 Berlin’s sub culture presented itself in the most beautiful way: colorful, crazy, diverse, imaginative and unique. Wherever you looked there was an explosion of creativity: people running around in fanciful and funny costumes, confetti and soap bubbles were flying in the air, and from the Bachstelzen float thousands of pillow feathers where whirled in the Berlin air. More than 9000 people were attending the parade, the atmosphere was marvellous. 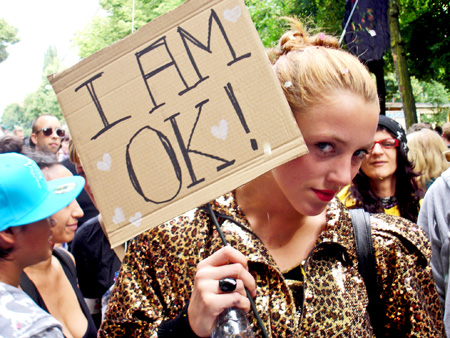 “Mirror, mirror on the wall, you are still the greatest city in the country”, said a banner on the float of Bar 25. In fact, Berlin’s subculture might loose a great deal of its freedom and independence by the political controlled gentrification. Berlin’s alternative scene needs urban free spaces to develop. The Megaspree parade showed what Berlin would loose if the Mediaspree plans will be realized. 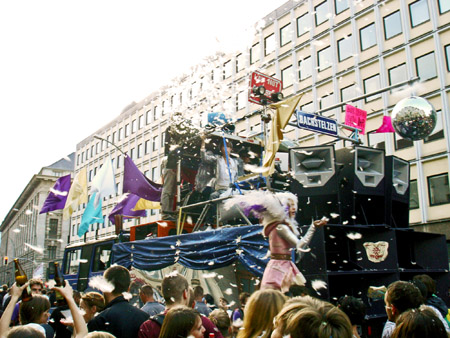 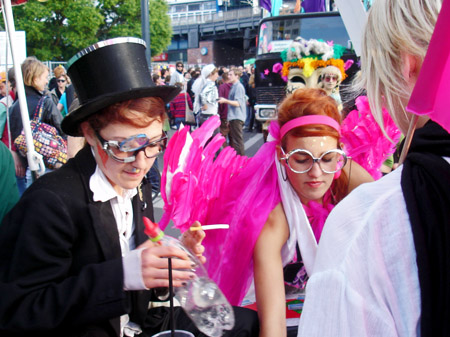 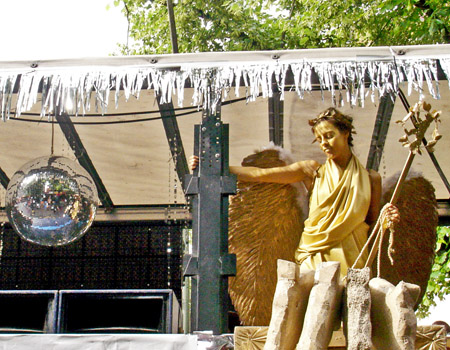 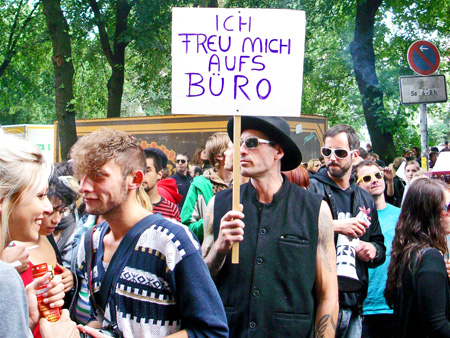 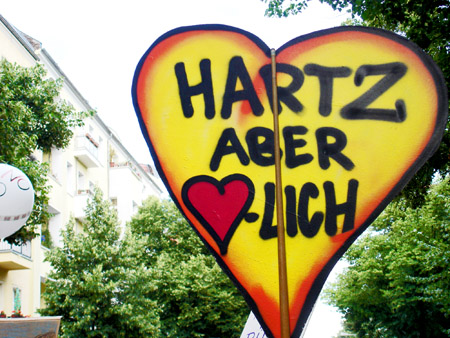 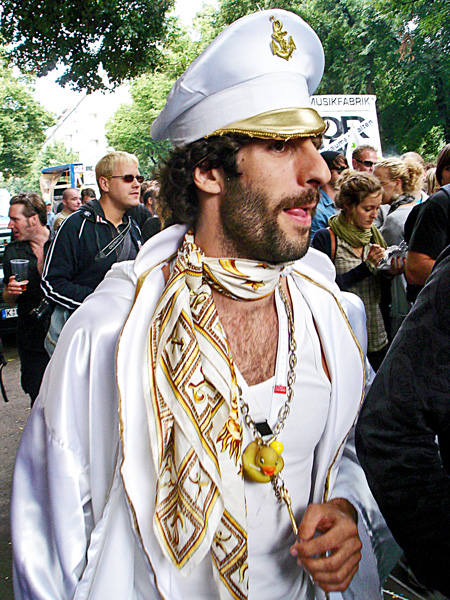 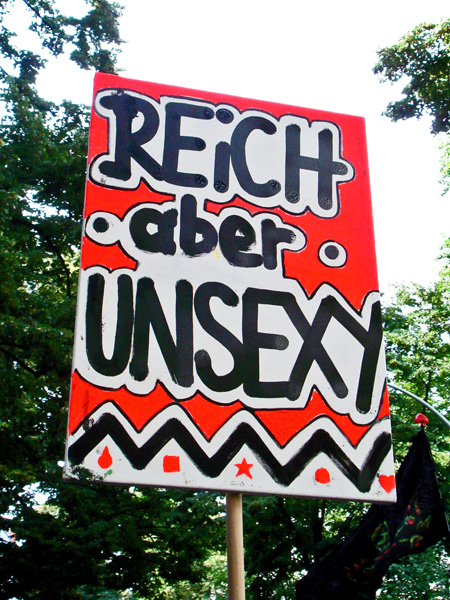 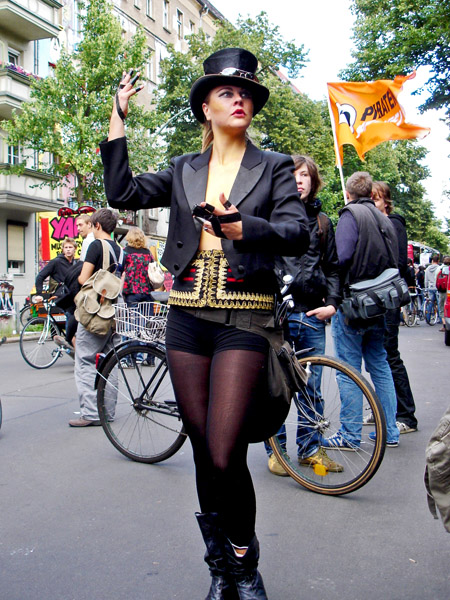 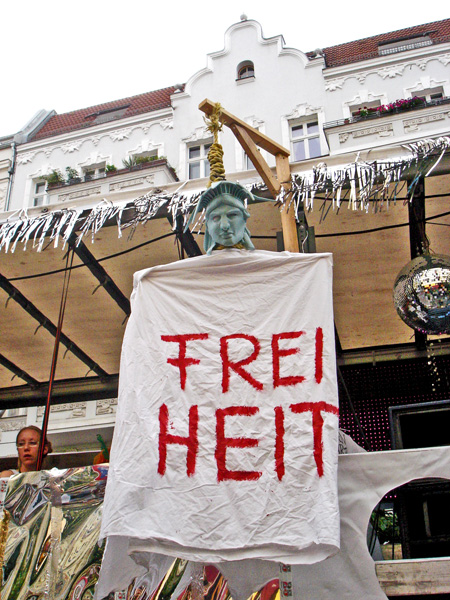 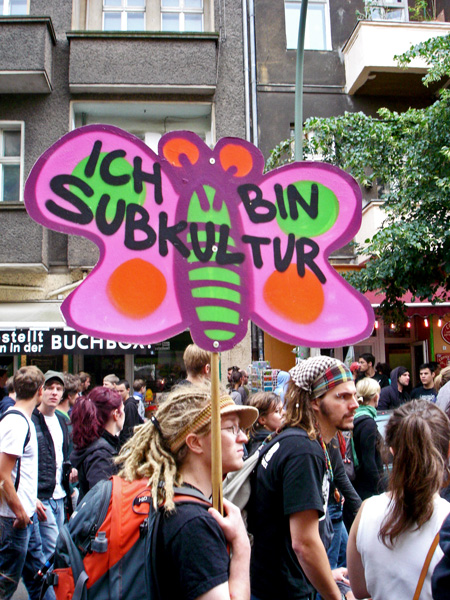 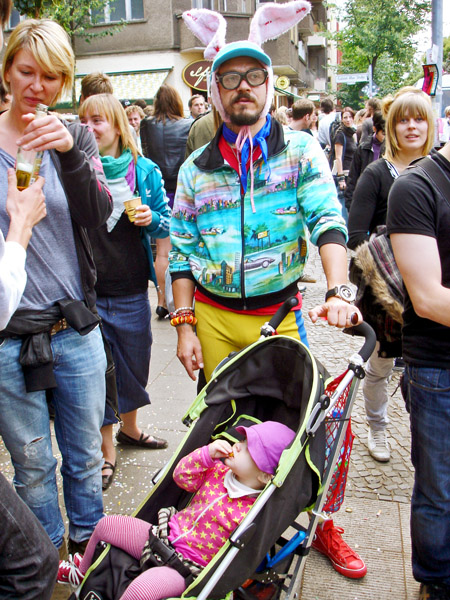 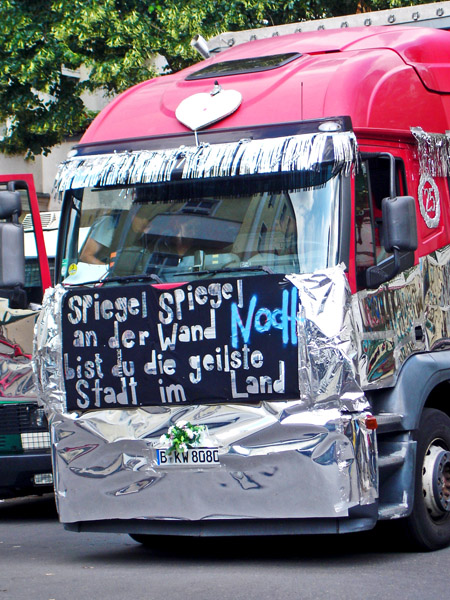 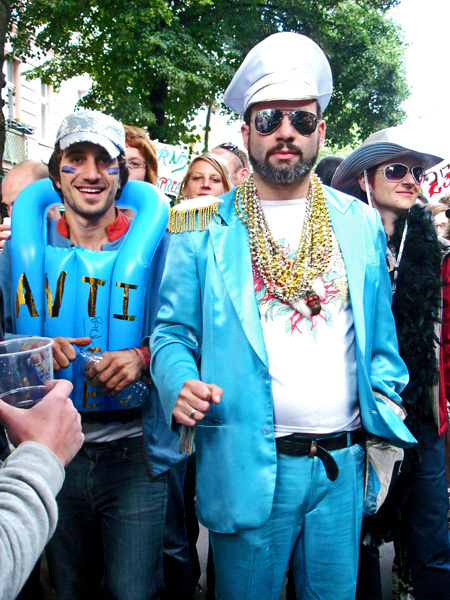 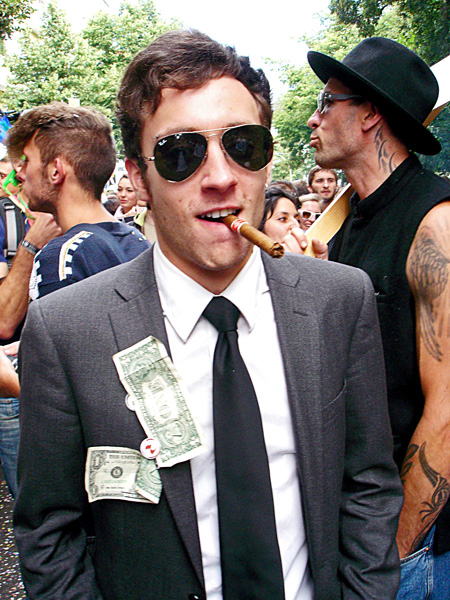 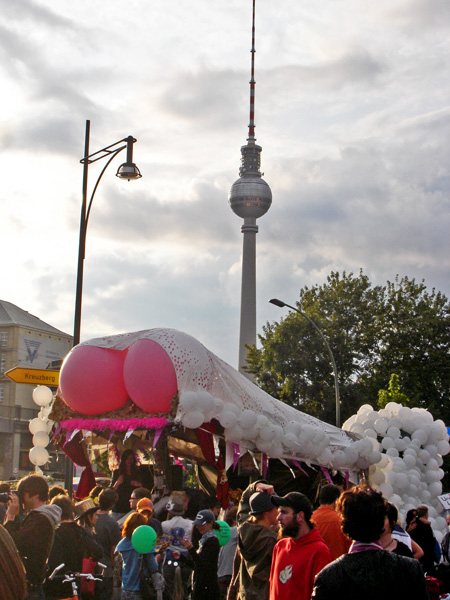