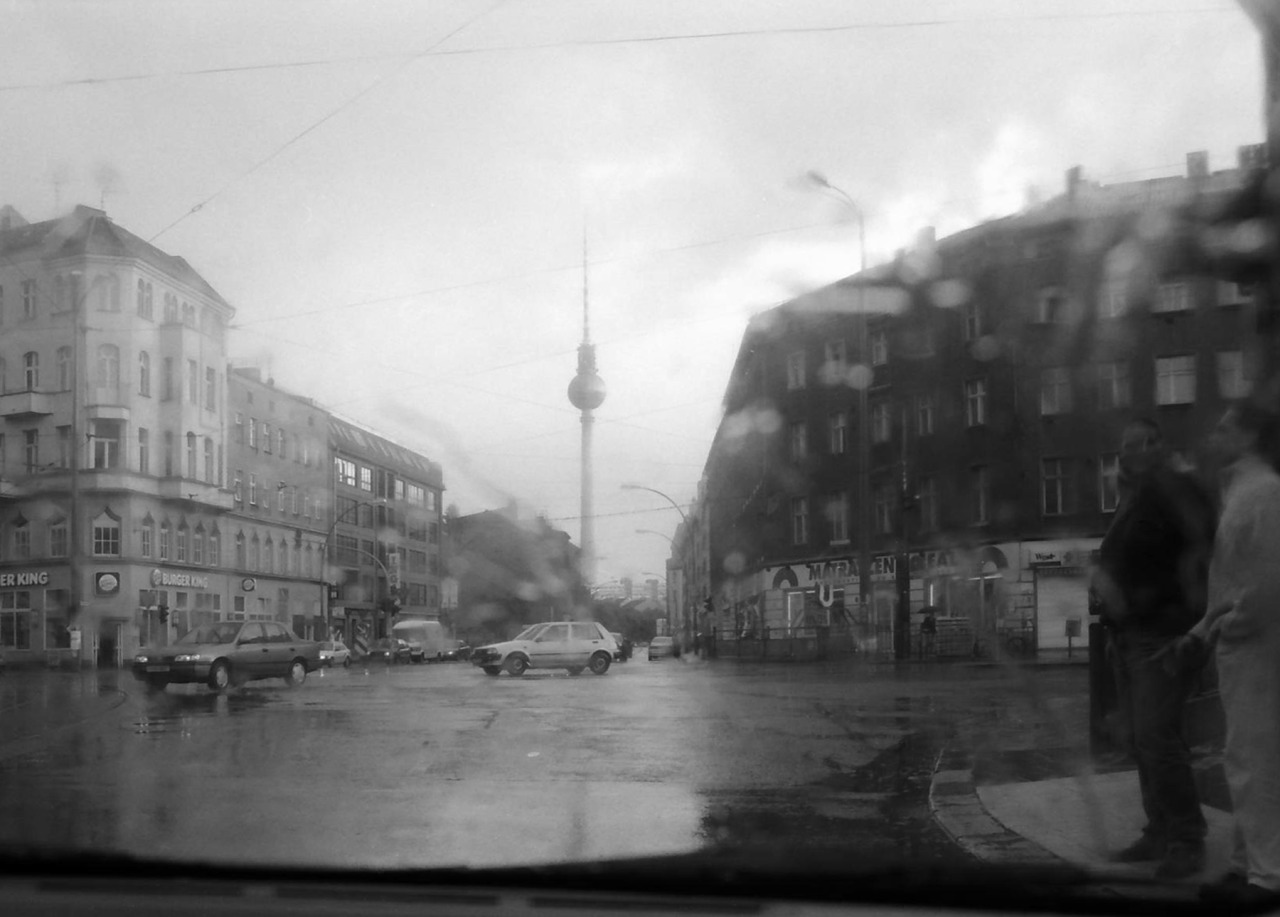 The magic about Berlin are not only the rare moments of strange intimacy with strangers or the delicate observations of your surroundings but also the turbulent past this city has gone through. The next strange magic story is somehow a biography with a magical atmosphere by the american Berlin lover Jeff Talton.

Jeff Tarlton has been a denizen of the Berlin music community since re-locating from his home town of Detroit back in 1992. He fell in initially with the Eastern European shamanic music scene. He has put his distinctive stamp either singing or playing guitar as a session musician or featured collaborator, on essential Berlin music labels such as CitySlang, Kitty-Yo and Monica Enterprises, as well as having his own compositions find their way into theatre and film. Indeed, during his more than 20 years in Berlin, Jeff has organized and/or performed at countless local events under his own name & aliases from Columbia Fritz to the most intimate off-the-grid experiments in outer suburbs. As 2013 winds down Jeff is preparing his next live presentation Treason Of The Glitch as well as composing music/sound design for a major German art film due next year. Read his story after the jump.

My first experience with Berlin was in 1985. I went to Europe after we privately pressed my band Viv Akauldren’s first album in hopes of getting it licensed. We loved everything about the city. Being from Detroit and big Iggy/Bowie fans, of course there was that slant to it… but right now what I remember most about Berlin then was sitting in a café bar and being amazed these places were playing soundtrack LPs from bad American movies and musicals I’d never heard of.

We did get licensed by a German label and the next time I was back to Berlin was 1989. We played the Ecstasy/Madhouse on Hauptstrasse for the Berlin Independence Festival. That night we were billed with American Music Club, St. Vitus, & Galaxy 500. The place was packed… a great night and I thought “man I want to live here”. The show was on Halloween, and little did we know the Berlin Wall would fall little more than a week later. We went back to Nürnberg a couple days after the gig (where we were making what would be our final album) so I got to experience the euphoria firsthand as the streets of Nürnberg filled with people and just later, East German cars flooding into town.

After we returned to Detroit from that European tour, of course, the group imploded almost on cue. Decimated & going further into booze & drugs I kicked around Detroit another couple years all the while having sketchy plans to get out and start over in London or Berlin. In spring of ’92 I made it over to Berlin with plans to eventually settle in London. As so many others have said themselves… I came to Berlin and never left.

Back then people came to Berlin to drop out, not to make it… here was the space I was dreaming of. Some people were saying East Berlin was gray, depressing, gutted with burned-out buildings and looking like the war had just ended. Having been born and raised in Detroit I think it looked just fine.

I got a job at Domaine in Wedding thru my sister who lived in West Germany, and found a flat in Neukolln off Weserstrasse. Obviously there was nothing around there to do at that time.The closest bar remotely interesting was Anker Klause up on Kotbusser Damm. But after work and weekends I gravitated to where the action was… Mitte and Prenzlauer Berg. My hangouts were Tacheles, Schoko-laden, Milchhof, and most of all Eimer…this place truly embodied the look and the sound of the Berlin I loved. & then there was the Monday Bar, Tuesday Bar, Wednesday Bar…

These spots were generally around Rosenthaler Platz. Back then St. Oberholz was a Burger King and people would go there from Eimer to eat… the upstairs became our extended party zone and had that wonderful view of the intersection. One has to remember in the mid-90s there wasn’t much in the way of Western paraphernalia. That Burger King was exotic.

There were no shops with English language magazines. I had to go to Karstadt just to look at a selection of 1, maybe 2, crappy second-rate, totally expensive UK music rags… also at Rosenthaler Platz was the neighborhood’s lone phone box. In a time where half of the East flats didn’t have teles and before mobile phones, that box was always queued up with people waiting to use it. Always. You heard everybody’s business, and there were frequently arguments when some stayed on the line too long. And we had little pads of paper with pencils outside our flat doors so when people passed by they could leave messages for where to rendezvous later. There was a sense of community.

None of the English-speaking (and there weren’t many) people living around were students. We were generally odd-balls that somehow ended up in Berlin like, being in the French foreign Legion or something. The Wall was down but it was still an outpost mentality. You never saw taxis, there were more parking spaces than cars…not that any of us had them. Oderburgerstrasse and Kastanien Allee were still boarded-up ghost streets for the most part. Tumbleweeds even.

Things were cool that first year until my sister had me shit-canned. From there Canadian Eric taught me how to busk on the U-Bahn wagons… which Line, how many stops to play, etc.… back then the controllers all wore uniforms! Again this was before iPods, smart phones, or street people sold their magazines, passengers weren’t saturated. The national government hadn’t moved to Berlin yet nor were there all the businessmen in suits you see today commuting. It was strictly a Berlin scene…I did well with my shtick, covering things like Karma Chameleon and Moon age Daydream on dulcimer.

Enough to live and have a good time.

Listen to Jeff’s music on Soundcloud.