A Street Art Giant saying Fuck Off to Berlin? 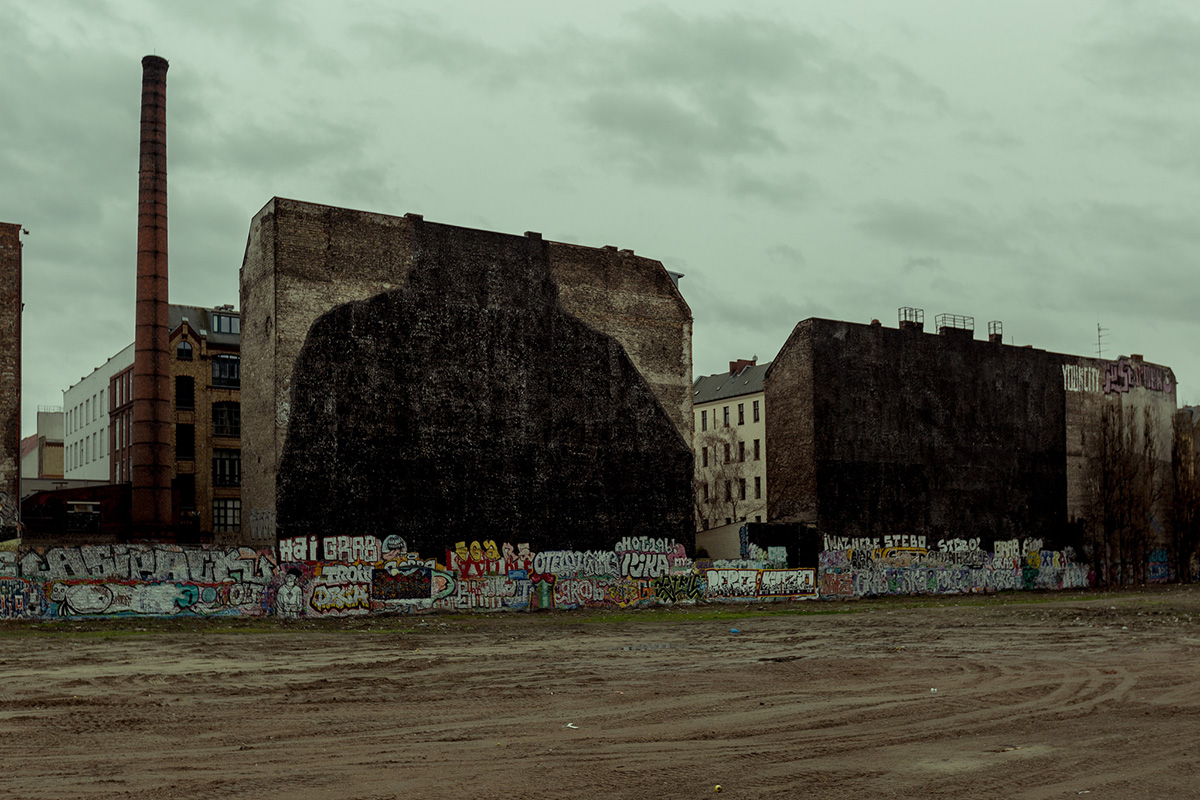 Last night the giant street art mural near Schlesisches Tor got painted over in pitch black. There are various speculations behind who did it and for which reasons. What I found most plausible was a statement found in a Polysingularity article, claiming that it was the italian artist Blu who commissioned the cancelation of his own artwork.

“(…)the artists decided to paint them all black, so that nobody can take advantage of the original work… A “fuck you” gesture towards the city, towards the real estate company, but most of all – to all the people who love this artwork and everything that it’s come to represent. The argument of the people who are doing that is that Berlin is not the same anymore, that the real estate company will just use the artwork to sell apartments more expensive, that a new statement needs to be made at this new moment of time… In a way, they are doing exactly what the artwork says: “reclaim your city”.”

The rest of the article goes on about how pessimistic the destruction of the artwork is. That it is not the right message the city needs right now in this turbulent time of turbo-capitalism & neoliberalism, remodelling Berlin into a Lego-Gotham.  Even if I can relate to the arguments, in regards to the artwork, I don’t agree 100%. I share my thoughts on the repainting, along with some videos showing the artist at work, after the jump.

UPDATE (March 12, 2016): BLU has done it again. In a protest against the city’s plans to “secure” street art to be displayed in a museum he painted over numerous of his works from the past 20 or more years in Bologna, Italy. Read more about this here.

First, I would love for you to take a look at these videos of Blu. 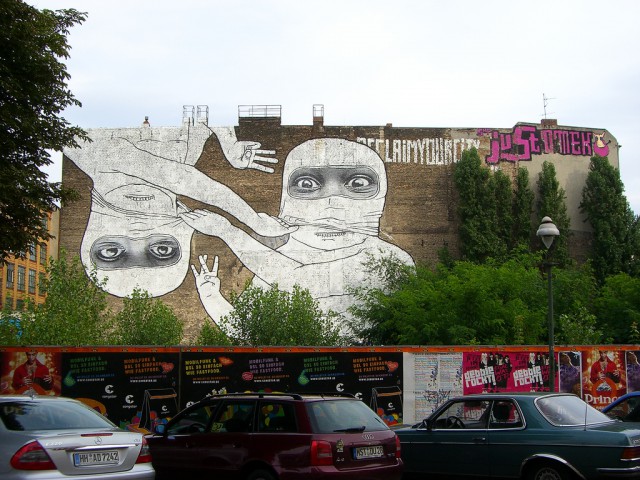 He created the artwork of the two brothers taking off each others masks in 2007, together with the famous street artist JR for a street art Exhibition called Planet Process. Some say the brothers represent the east and the west side of Berlin finally seeing the true face of the counterpart. One year later, he created the man locked in clock handcuffs fixing his tie.

Together, they told different stories of Berlin, about the reunification as well as capitalism taking the city by storm and locking it in a pair of handcuffs. On top of that, they also showed us how free the city was. A city were you could easily create giant murals in the middle of it, without anybody being disturbed by it–on the contrary, they’re adored by most.

Is this street-art-loving city of 2007-2008 all ready gone? I don’t think so. Yet again, the artwork of Blu is defined by change. If you look at the videos up here, you see how he creates and destroys amazing artwork just for the sake of this stop motion video. Maybe we should not see his repainting as a kind of “Fuck Off,” but more as the next step towards new artwork, even though it may not be a piece of artwork created on that very spot.

Many articles published right now are in grief about the “destroyed” landmark of Berlin. On the other hand, street art is not meant to be a lasting landmark, but rather a display of a creative momentum. Sometimes, I’m surprised to see a city like Berlin who was constantly overthrown with change displaying such a pessimistic perspective. The people who painted the artwork filmed the process, so lets stay tuned to Blu’s YouTube channel and anticipate what he has in plan for Berlin in the future.

Good Bye Street Art Giants! One day we might see you again on another wall and on another city. 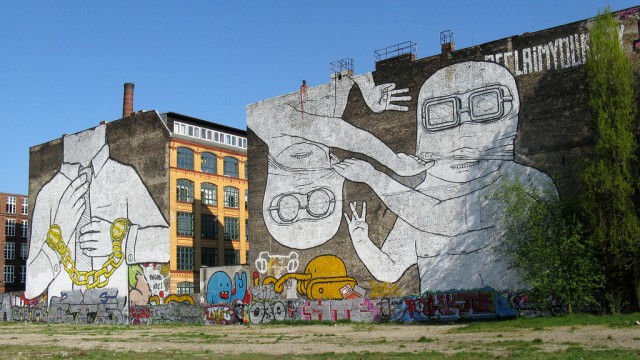