How can I describe something like GIANT? After dropping by Studio 44 today, an endless list of adjectives came to mind; though they all sounded so equivocal the self-proclaimed “performative installation” began to lose meaning. It’s a piece spanning 33 hours between March 26-29th, featuring 5 main artists (including the always-radiant, outspoken and hilarious Tatiana Saphir aka The Fruit Salad) and many guests. The work explores spatiotemporal ideas, immersing the audience in such a formless way the line between performer and spectator quickly disappear. In many ways, the artists don’t seem to be performing at all but rather using theatrical situations to speculate discourse, which they process through engagement with each other, as well as material objects. Over the course of 33 hours, there are scheduled guest appearances, which turned out to be the only way I had any concept of time in there. I walked in expecting to take some photos and stay an hour or two to chat about the concept behind their work, but instead walked out 5 hours later, extremely content with what I had just experienced, and time was the last thing on my mind. You can find out more about GIANT and see the photos from yesterday’s run after the jump.

I entered Studio 44 without any expectations, and no clue as to what I was about to experience. There I was, standing in a big room among a bunch of lighting fixtures, some potted plants, 5 people, two projectors, a piano and many other objects. I was assured the freedom to move around anywhere at anytime, which immediately broke the wall that often separates the audience from the artist. GIANT invites interaction and occurrences, whether they are intentional or accidental, and evolves as organically as possible flowing through different themes and content. At one point, a little boy stood up to share his perspective on things. “A big problem is that most of the time people don’t think, for example: when they build a very big house and take the space of animals.” (I’m with you on that one.) Following his speech was Berlin-based designer Daniela Franceschini, in conversation with Isabel Lewis sharing thoughts on the importance of sustainability, the ancient craft, spirituality and the flaws of producing organic goods. So whether it be spoken word, dance, film, body painting or singing, the evolution of the piece is the only constant. GIANT is a platform for discourse. GIANT is performance that doesn’t elude. GIANT is the work of a group of artists drawing from different backgrounds. GIANT is the work of us. 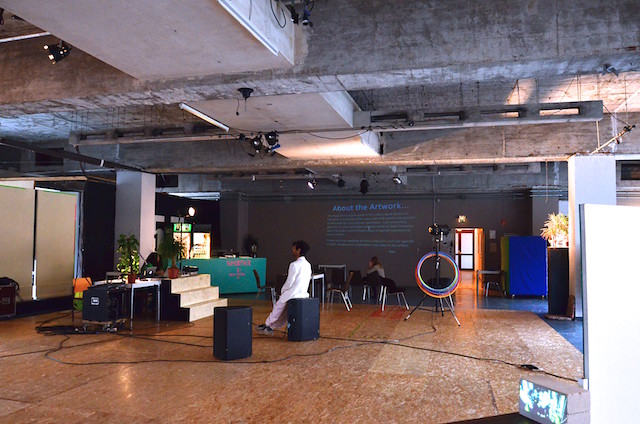 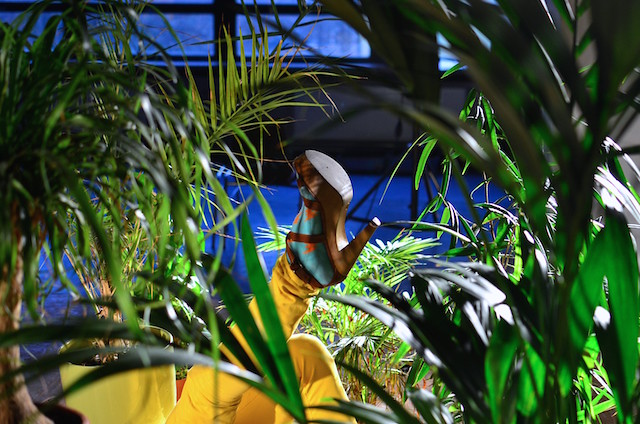 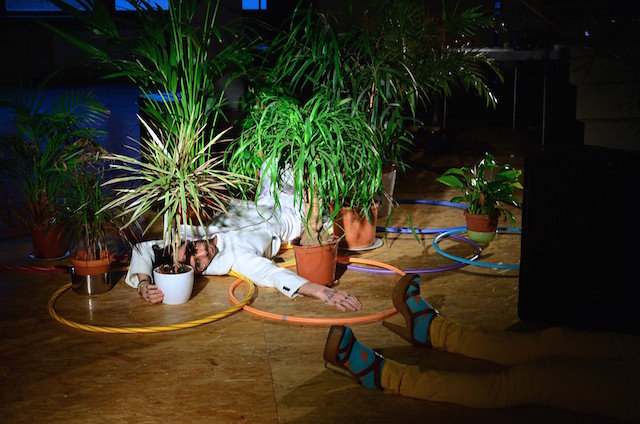 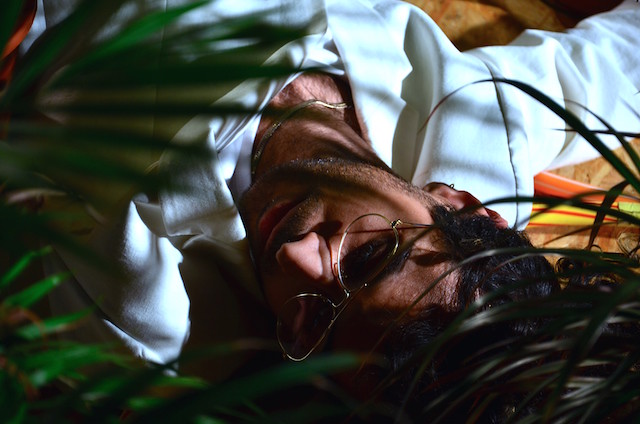 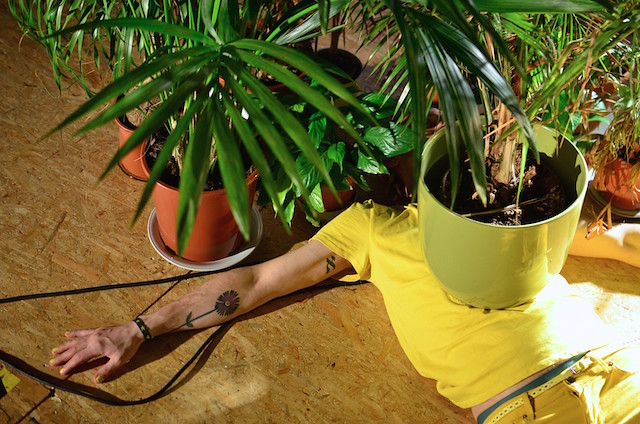 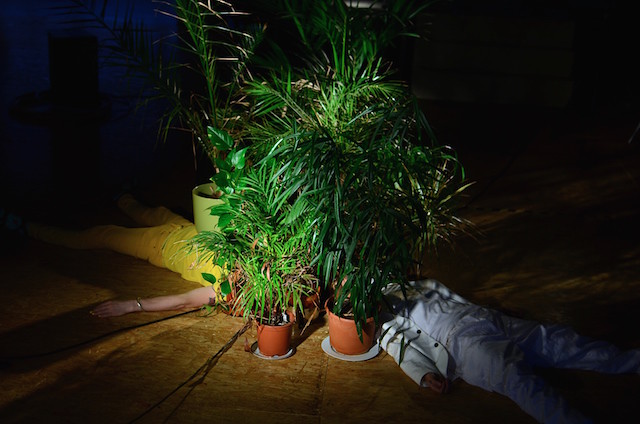 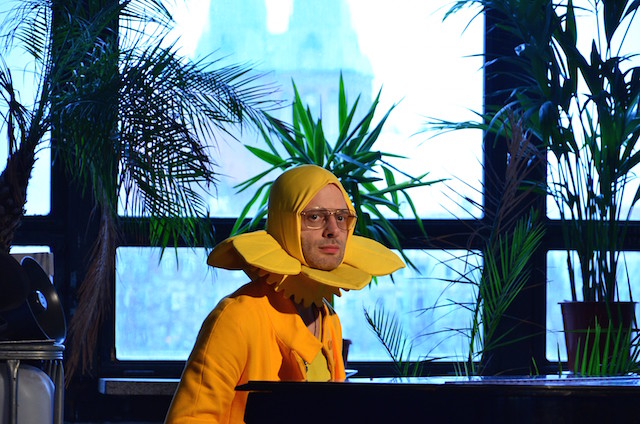 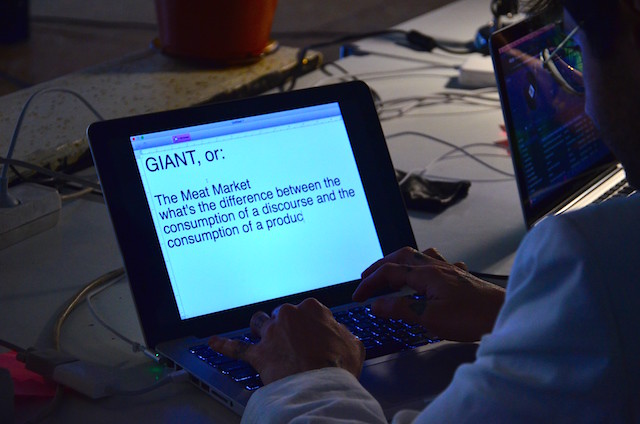 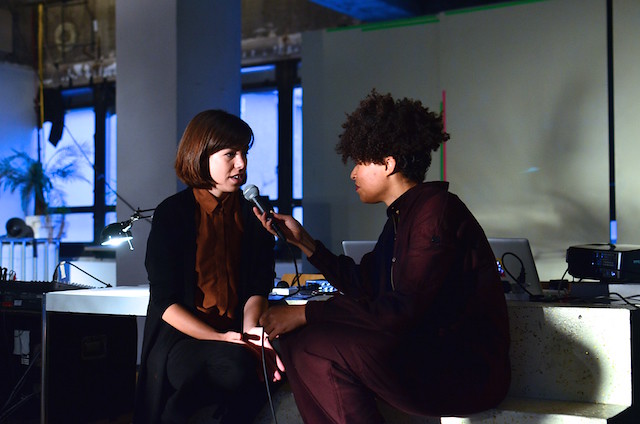 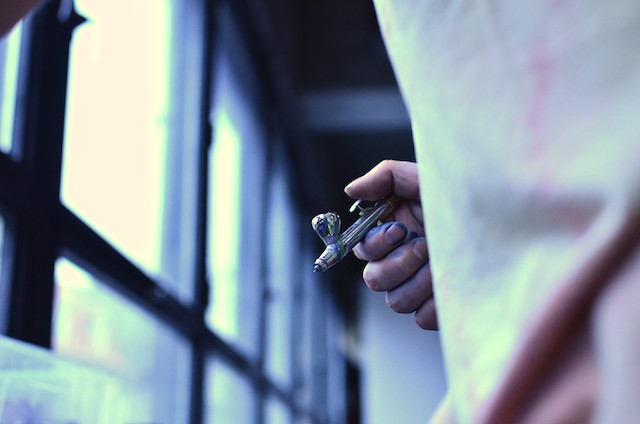 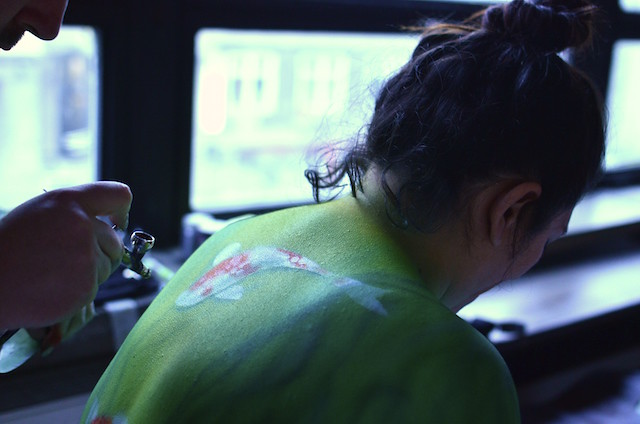 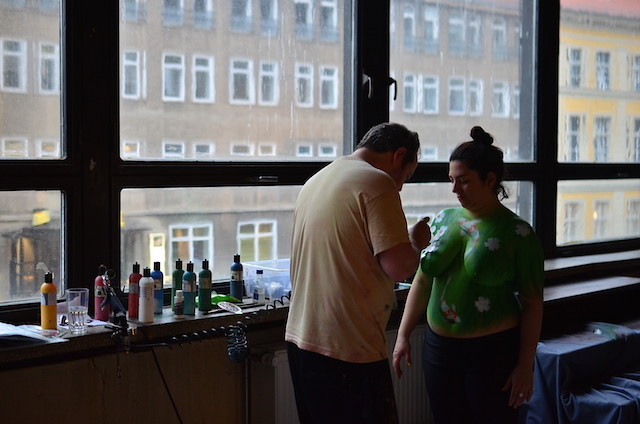 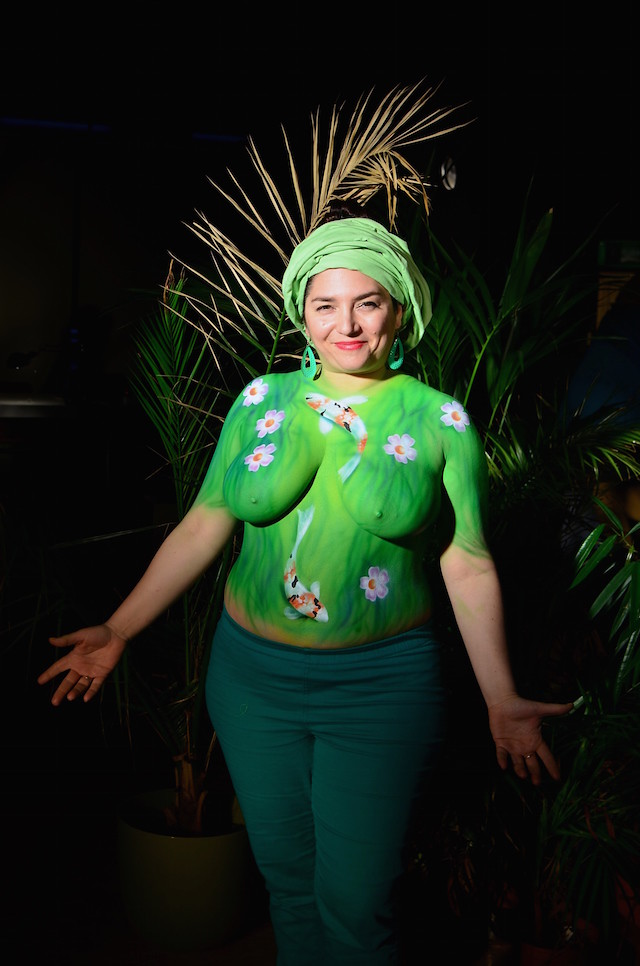 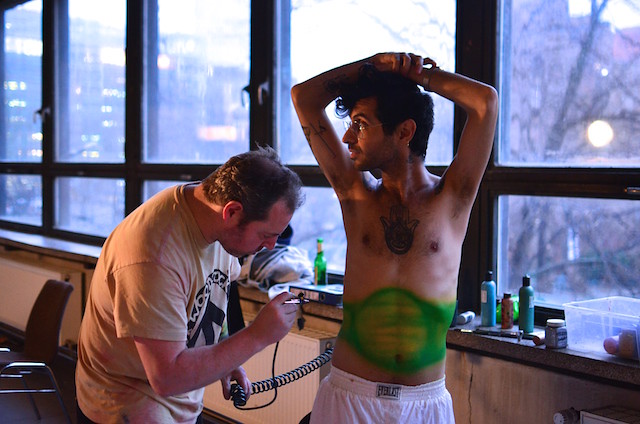