Where Are Those Cheap Rents in Berlin? 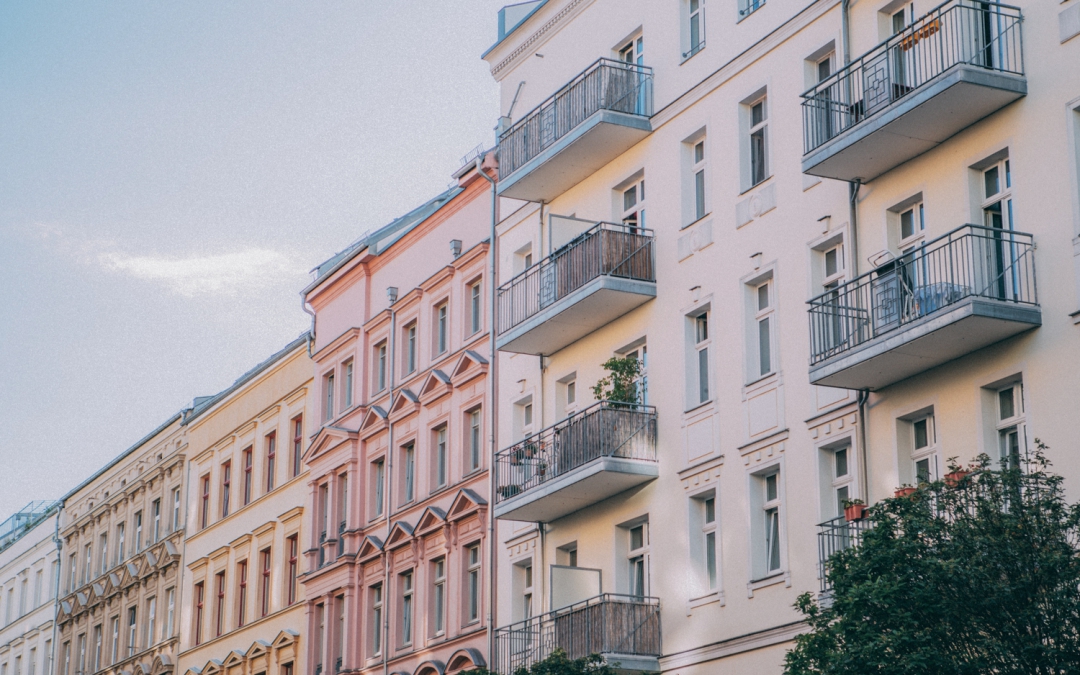 I want to start this article with an apology: Sorry for bringing up the exasperating topic of Berlin’s rental market. But I had some sort of awakening thanks to the Rent Map that made the rounds on social media yesterday. Claudio and I both have contracts for our flats that are more than 10 years old – way before the hype and sky-rocketing rents that everyone complains about these days. So I kind of didn’t have a real idea of how much rent has actually gone up. Judging from this map, the reality is that average rents are 50% higher than what either of us pay now, thanks to our old contracts in our respective neighborhoods. Jesus, I will never move again…

Nevertheless, Berlin still has the reputation of being a cheap city, even though evidence suggests otherwise for the most part. Do these cheap rents still exist somewhere in the city, perhaps in a small forgotten neighborhood that we just don’t know about? Well, let’s have a closer look at this map to find some answers, and possibly some cheap apartments, too… 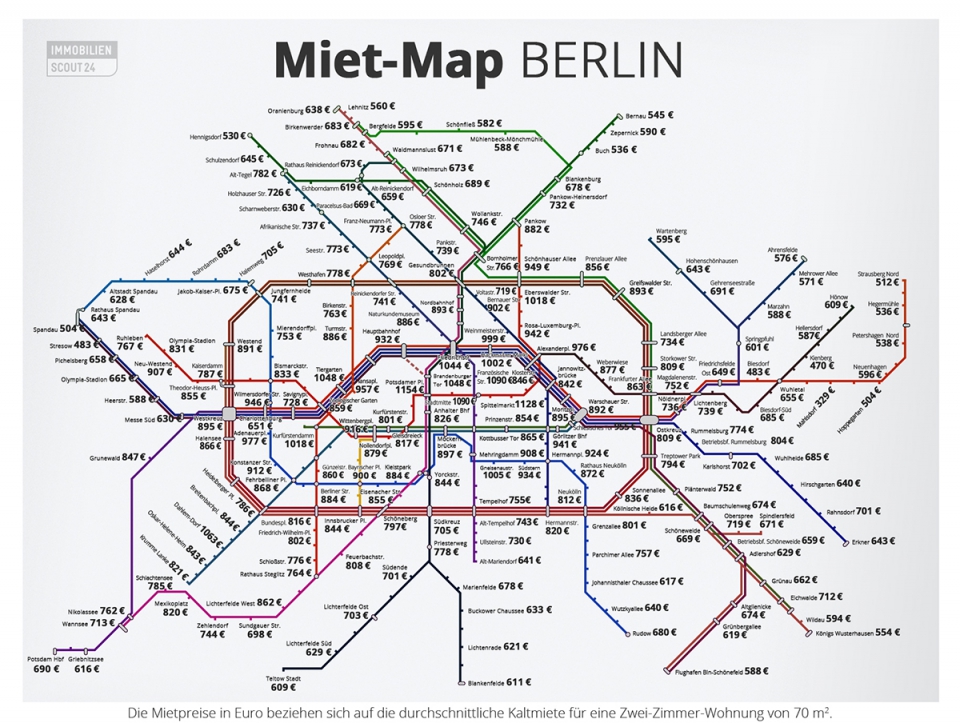 As you can see, this rent map is pretty much a tale of tragedy. These numbers you see next to the subway stations are average new“Kaltmieten” in those neighborhoods for 70sqm 2-room-apartments (Americans would call this a one-bedroom apartment because for them the living room is a given). Kaltmiete is the pure rent without the utility costs (like electricity, gas, and internet) that will come on top of it (ranging from 120-250 EUR for a house like this). That means the actual rent is going to be probably 200 EUR more than the numbers you see. Keep in mind this is not the actual “Mietspiegel,” or average rental price, it’s what the average of what new flat rents cost.

The most expensive areas are – unsurprisingly – the more central areas in Mitte, as well as Grunewald and Dahlem. But also the hype areas like Kreuzberg and Neukölln have a couple of high-priced neighborhoods, such as Schlesisches Tor and Südstern. What I also find noteworthy is that Neukölln, which is considered to be a cheap neighborhood, is not even that much cheaper than, say, Prenzlauer Berg, which is considered expensive. In any case, most of these new rent deals are very likely illegally high because they break the “Mietpreisbremse” laws.

Read also: How to Fight Off Excessively High Rents

But now to the really important question: Are there still cheap rents in Berlin? Yes! But only if you’re willing to go further East. Hellersdorf and Mahlsdorf have the lowest rents in the city. This area is half of what you pay in Xberg and almost a third of the expensive areas in Mitte. Well, the famous “Plattenbau” style is having a total comeback on Instagram these days, so maybe this is the new place to be?