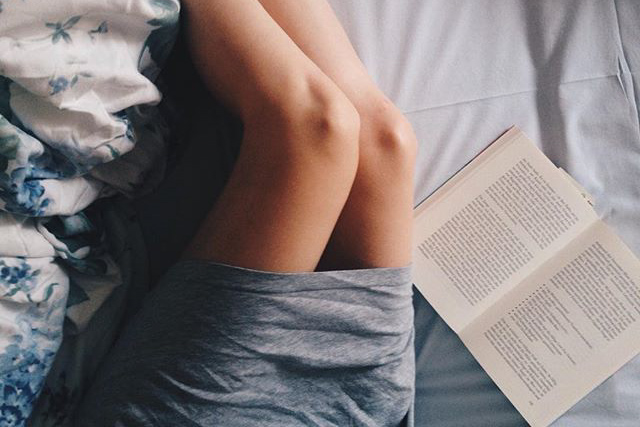 Just recently we told you about some of the most famous writer Exiles of Berlin. Today we get down to the nitty-gritty and present to you some books that revolve around Berlin. You will recognize some of the featured authors here. We’re concentrating on giving you a list that features books that are available both in German and in English. Since the current weather is perfect for a good, long read, we present to you our very own Berlin reading list. Without further ado, here are ten books that you should get your hands on. Right after the jump.

Emil and the Detectives

As usual, let’s start with a classic. Erich Kästner, one of the national writing heroes of Germany, did not only live in Berlin, but he also set his novel Emil and the Detectives in the capital. In Kästner’s first major success from 1929, the main character Emil Tischbein is sent to Berlin by his mother and experiences many adventures in the city. Produced as a children’s novel, Emil and the Detectives is on the curriculum of many German (especially Berlin) schools. I happen to love this novel also as an ‘adult’ (yes, quotes are mandatory here) since the characters are rough and depicted realistically throughout the 224 pages; they aren’t as dreamy as they are in most children’s novels that come around. Get it here. 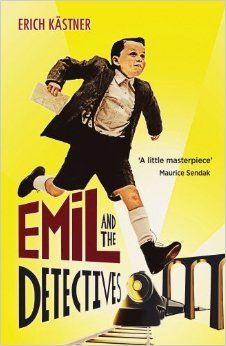 Berlin Now: The Rise of the City and the Fall of the Wall

Peter Schneider lived on and off in Berlin, was a key spokesperson for the radical student movement and wrote the critically acclaimed Berlin Now: The Rise of the City and the Fall of the Wall. A marvelous observation about the city and a description of a Berlin from both sides. In 328 pages, the reader gets to know a Berlin that is far from cliché and Schneider knows how to depict the city without romanticizing it. The author of The Wall Jumper and many other classics truly lets the city come alive here. 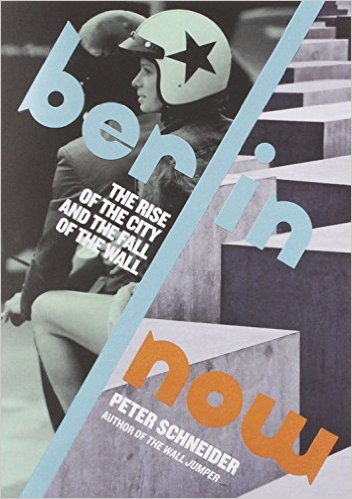 Another classic in the realms of Berlin literature. Alfred Döblin, psychiatrist and author, knew his way around human abysses and emotions. As one of the leading expressionists, his novel Berlin Alexanderplatz: The Story of Franz Biberkopf is seen as one of the leading works of German Modernity. Published in 1929, the novel revolves around wage slave Franz Biberkopf, who, just released from jail, wants to build a new life in the capital. Biberkopf’s fight against the city is described beautifully in this important chronicle of the twentieth century. Get a copy here. 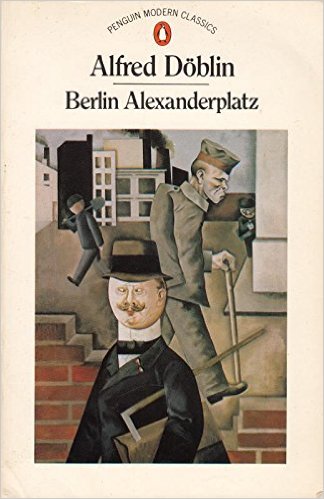 Canadian author Rory MacLean seems to love Berlin. Some of the most well-known works of his – such as Stalin’s Nose and Berlin: Imagine a City – involve the capital. In the latter, the reader gets to read the first single-volume biography of Berlin. In the 421 pages, through portraits spanning five centuries, the reader gets a highly personal approach to the city in all its gloom and glory including chapters from the perspectives of famous characters such as Leni Riefenstahl, Marlene Dietrich, David Bowie and Frederick the Great. Get a copy here. 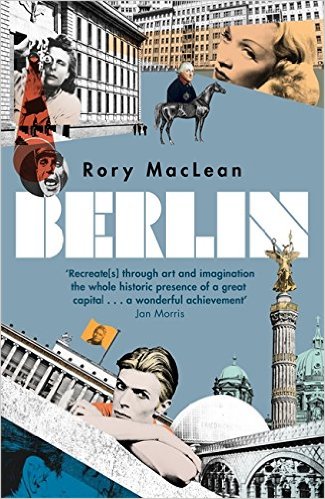 I highly value the input Sven Regener has given and keeps on giving to this world. The founder and musician of Element of Crime understands how to write tragic/funny/sharp stories and songs that all have the common denominator of simplicity and purity of human emotions. As big as they are small, he creates an authentic picture of his surroundings. Berlin Blues is the author’s debut, telling the story of Frank Lehmann who lives in Berlin-Kreuzberg and works in a bar. The way Regener captures the feelings of adolescence in West Berlin shortly before the Fall of the Wall on 224 pages is inimitable. Get it here. 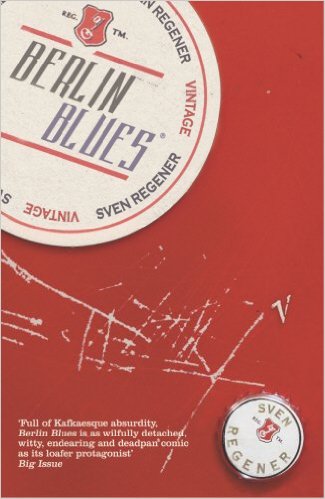 Here we have one of the authors presented in our Famous Exiles selection. Kaminer achieved fame through his sharp and hilarious descriptions of Berlin in the early 90s – the time he emigrated to the capital. He wrote multiple books where Berlin is one of the main characters, this one by far his most well-known. It was even turned into a film. Russian Disco counts 176 pages and became a bestseller. It describes through short and funny vignettes what it means to live in this city. Get a copy here. 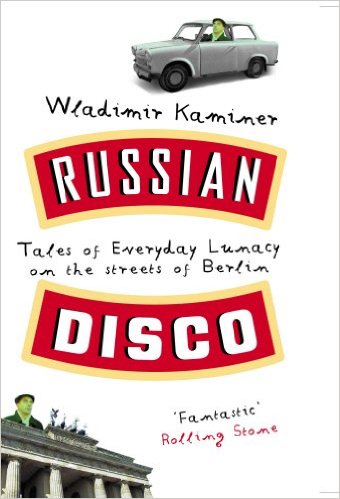 Another one from the list! Russian-American writer, novelist and – get this – lepidopterist (yeah, google that!) Vladimir Nabokov finished his last Russian novel in 1983. And it was only in 1993 that a German version was published. The Gift tells the story of young Russian writer Fjodor Godunow-Tscherdynzev, who emigrated to Berlin after the October Revolution and lives with other Russian emigrants. His journey, his attempt of two literary projects and his approach to love are all described in 384 pages. You can get it here. 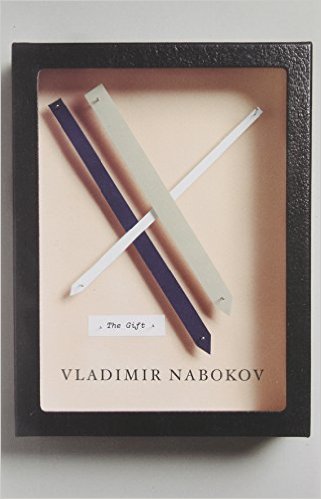 In his last novel, Hans Fallada describes the true story of married couple Otto und Elisa Hampel who distributed pamphlets against Hitler in Berlin from 1940 to 1942. Fallada wrote this novel in less than 4 weeks – and died some months later. The story has been one of resistance and has been put to film five times. In this edition you get an afterword by Geoff Wilkes and other background information, totaling 608 pages. Read this important body of work and get it here in the English version. 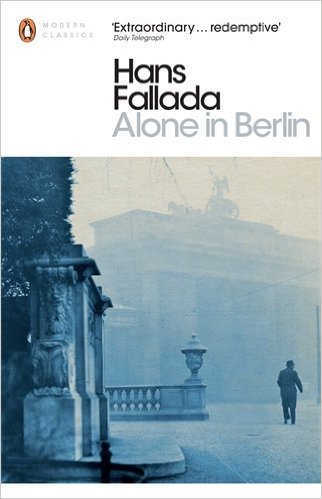 There are few other books that influenced my youth as much as the autobiography of Christiane F. In Zoo Station she describes ruthless, almost with a certain carelessness how she lived with, through and despite drug addiction. In 368 pages she describes a Berlin of the 70s and 80s that is loud and soft, dirty and hopeless in parts, a place she still calls her home despite it all. You should read her unbelievable story here. 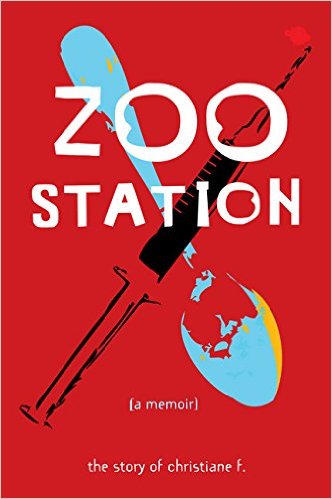 Let’s finish with a writer who became famous through his Berlin Stories that served as the inspiration to the musical Cabaret. Together with Mr. Norris Changes Trains, Isherwood’s novel Goodbye to Berlin is often published in said Berlin Stories. Goodbye to Berlin is an autobiographical retelling of Isherwood’s time in Berlin during the early 30s, consisting of six short stories that are all linked and put down in 272 pages. Get it here. 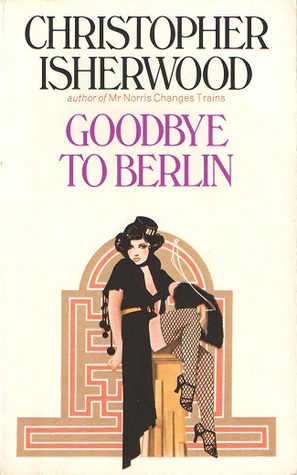 We hope you liked our selection – if you have any other good reads that involve the capital, let us know in the comments below!