The Story of the Tacheles Art House in Berlin 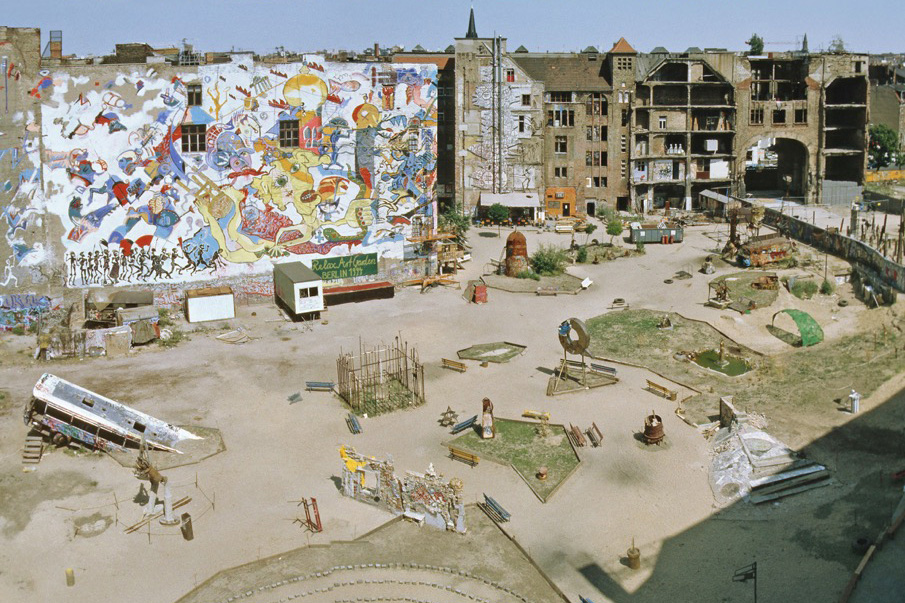 The exhibition TACHELES 27 at the Klassenfeind Gallery in Mitte depicted a story of a monumental building that’s slowly but surely falling into decrepitude now, but used to be a vibrant center for creatives just a few years ago.

The impressive walls of the Tacheles hosted a wide variety of people and initiatives over the years. Initially constructed in 1908 to go under the name of Friedrichstraßenpassage and serve as a shopping mall, it never enjoyed a lot of good fortune.

Since it’s been built as an exceptionally remarkable venue, it never failed to attract new residents, and as a result been used, among other purposes, as a showroom for the General Electric Company, an office for the Nazis, a school for economics, and the “Camera” movie theater. 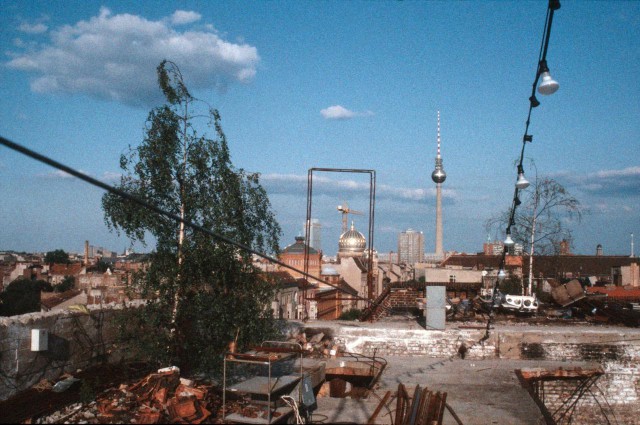 But none of these ventures seemed to work, though, and in February of 1990, the day of its ultimate destruction was scheduled.

Here’s when a commune of Berlin artists, Künstlerinitative Tacheles, stepped in. Following their actions, it was accepted that the building could still be used. It was supposed to be preserved as a historic landmark, and so the demolition got rescheduled to an indefinite date. 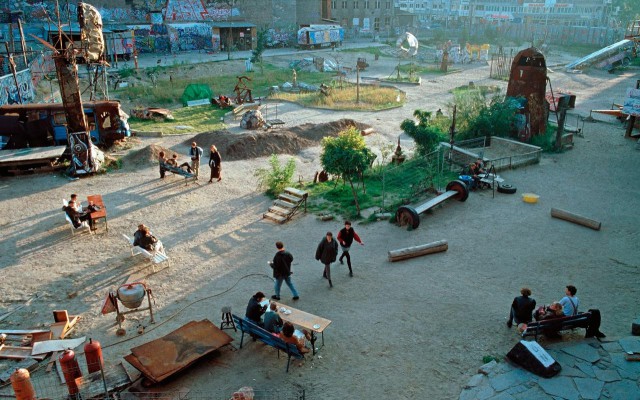 The artists started to occupy their self proclaimed Art House, the building itself was expanded, as in its beginning it also offered housing for the creators.

Tacheles is Yiddish for ‘plain, honest, straightforward talk’, and it can be interpreted as an obvious reference to people longing for the freedom of speech in the censorship controlled Eastern Germany.

The Art House Tacheles became a unique space for artistic expression, a haven for various creatives and their works. The minor parts altered by ruin constituted a strange background for all the murals and sculptures. The space also had its own bar, club, and cinema. 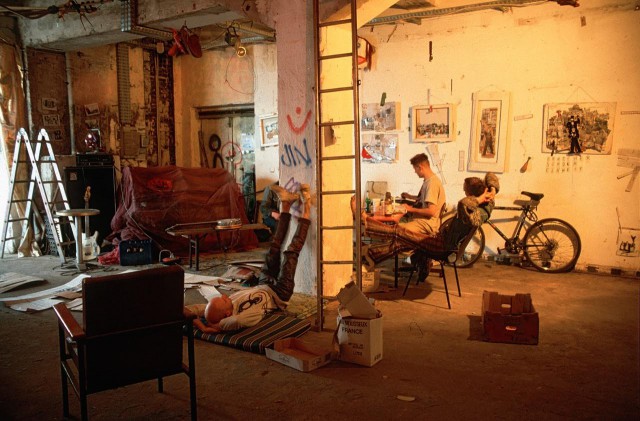 Unfortunately, with the lease on the property having expired, the artists were faced with a lack of understanding or appreciation from the bank officials and Tacheles closed in 2012. Despite the initiatives to save Tacheles,  people in power did not comply with the Art House continuing its special presence in Berlin’s alternative scene.

The exhibition at the Klassenfeind Gallery in Mitte presented the works of Stefan Schilling, Erfurt-born painter, graphic designer, silk screen printer, curator and photographer, who was there to witness Tacheles from the beginning. He also published a book titled “TACHELES – Die Geschichte des Kunsthauses in Fotografien von Stefan Schilling” that was released by EDITION BRAUNS with many of the photographs from the show. It’s available to order here.