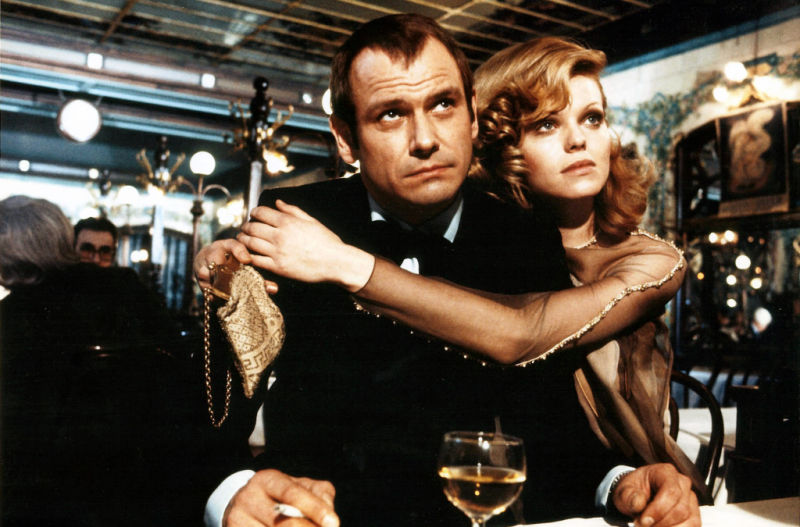 The startling cold of February in Berlin has returned, and with it comes the 67th edition of the Internationale Filmfestspiele Berlin, also known as the Berlinale or Berlin Film Festival. The festival begins February 9th and runs through the 19th. As with every year’s edition, there are an overwhelming number of screenings to choose from, even though most bigger-name titles tend to sell out of public tickets at alarming rates. Nevertheless, there are plenty of lesser-known titles worth your time. Guest Author Maximilien Proctor highlights a few of his most anticipated pictures (but don’t let it discourage you from seeking screenings even further off the beaten path!).

Two of this year’s titles had my attention before I knew a thing about them: the German Self-Criticism of a Bourgeois Dog and the Canadian Those Who Make Revolution Halfway Only Dig Their Own Graves. Both premiered at previous festivals; the former at the extremely recent Rotterdam Festival and the latter at last fall’s TIFF (Toronto International Film Festival) and bear enticing trailers. At first glance both seem to carry influence from legendary French director Jean-Luc Godard, Self-Criticism… in the form of deadpan humorous theoretical discussion of Marxism with ‘60s pastels to match promising “a political comedy with magic twists” and Those Who Make Revolution… in the form of deadly serious political praxis, based on real-life 2012 student protests in Quebec.

Should these two titles only whet your appetite for even more Marx-related antics (despite Those Who Make Revolution’s 3-hour runtime), there’s even a biopic that should be right up your alley playing in the Berlinale Special: The Young Karl Marx.

Fans of German New Wave director Rainer Werner Fassbinder (who directed a staggering 40 films in less than 15 years before his untimely rock star death at the age of 37) are also in for a good festival, as a fresh digital restoration of the social drama 5-episode, 8-hour long and appropriately titled Acht Stunden sind Kein Tag (Eight Hours Don’t Make a Day) screens alongside the 2010 restoration of Welt am Draht (World on a Wire), a mere 2-episode, 3.5 hour sci-fi endeavor. The pair were initially released in 1972 and 1973, respectfully.

There were a few surprises as programming announcements flooded out over the preceding month, not least of all the appearance of two films titled T2; the highly anticipated Danny Boyle sequel Trainspotting 2 and a new digital restoration of James Cameron’s Terminator 2: Judgment Day (in 3D).
Also wildly unexpected (at least for me) was the programming of the newest ‘Wolverine’ franchise film, Logan, in which Hugh Jackman once again dons the claws of the character which first brought him international fame in 2000’s X-Men, a comic book-to-film adaptation which started a Hollywood trend wildfire. Logan will mark his ninth portrayal of the mutton-chopped hero. Both Logan and Trainspotting 2 are screening ‘out of competition’ in the ‘Competition’ category.

American Indie darling Alex Ross Perry is back with Golden Exits. After his Queen of Earth screened at the 2015 Berlinale, I went on the record saying “whatever Alex Ross Perry makes next just might prove a masterpiece.”

Now I’ll finally have the opportunity to either stand behind or eat my words once Golden Exits premieres in the Forum section, boasting a charming cast in the form of Emily Browning (Pompeii), Adam Horovitz (who you might know better as Ad-Rock of Beastie Boys fame), Jason Schwartzman (working again with Perry after 2014’s Listen Up Philip), Chloë Sevigny (also starring in the competition title The Dinner) and Mary-Louise Parker (The Assassination of Jesse James by the Coward Robert Ford).

With I Am Not Your Negro (Panorama Dokumente) and The Young Karl Marx both screening at the Berlinale, Haitian director Raoul Peck is hard to miss this year, and both films look strong. I Am Not Your Negro is a visual essay based on James Baldwin’s unfinished text of the same name, remembering Malcolm X, Medgar Evers and Martin Luther King. If you’re not already sold (and you should be), just know it’s also narrated by Samuel L. Jackson.

Director James Gray is back with The Lost City of Z (Berlinale Special Gala), following 2013’s nicely restrained The Immigrant. Since its premiere at last year’s New York Film Festival, the old-school adventure biopic has enjoyed a healthy warm glow of buzz, suggesting Gray is fully intent on artistic progress and isn’t looking back.