Holding Out – A short story about a hopeless date 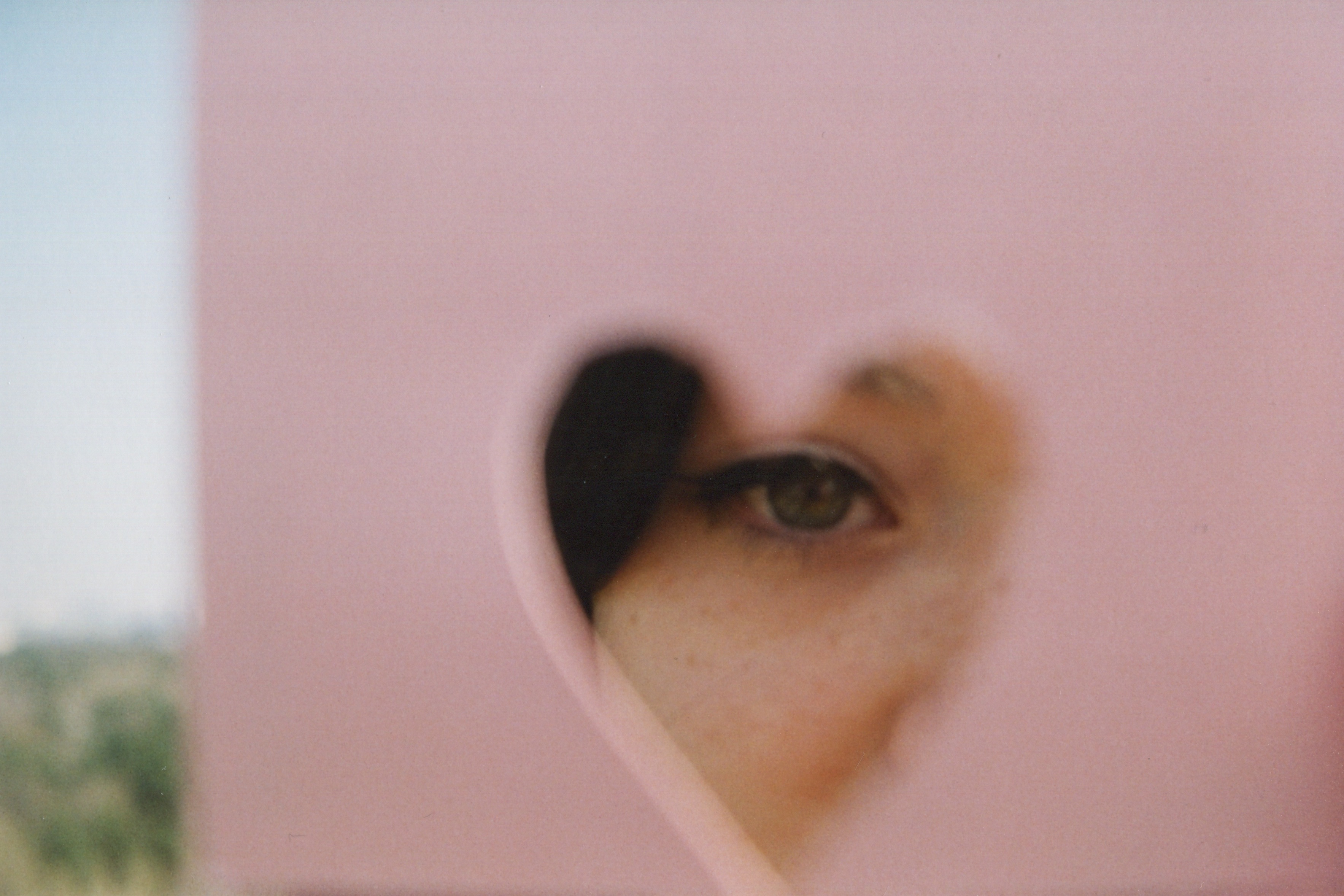 Dating in Berlin isn’t always easy, but certainly can be a dilemma, as you might have already read here on iheartberlin.de. The cautious approach to each another and one person feeling or interpreting more into the encounter than the other is part of those first acquaintances globally, though. Matthew David Morris wrote a short story about those different expectations when getting to know someone.

Gabriel was sat comfortably outside Café La Grande, perched upon the tiered wooden boxes and sipping dark roasted coffee from his petite, turquoise cup. It was approaching autumn and was likely one of the last warm days before the descent into another of Berlin’s dull and seemingly endless winters.  There were many people passing by, all impeccably dressed from head to ankle in every shade imaginable between grey and black, excited to be revealing their new and carefully chosen outfits for the upcoming season. The leaves from the trees were beginning to fall gently, caught in the soft wind of September’s breeze, and were making their way to the ground in harmony with the groups of passer’s by.

As a student, Gabriel wouldn’t usually be able to afford to drink in such a place so often, however, his father had helped the manager the previous summer by letting him stay rent free during his divorce for two months in one of his apartments between leases and renovating.  Since then, Café La Grande became Gabriel’s second living room and he would spend almost every morning before class, sitting and enjoying the sight of countless beautiful tourists from behind his mirrored sunglasses.

The morning rush had passed but Gabriel was still there, turning the pages of his go to magazine, studying the familiar designs and desperately hoping that soon he would look up and see Alex, running her hands through her thick, soft hair and straining her eyes in the sun in search of him. Unfortunately this was very much still a hope, as Alex had already cancelled three dates with him previously, all with rather loose and last minute excuses. He thought, if only this time she would actually show up, he would be irresistible to her in his neatly tailored blazer and perfectly timed, three day stubble. 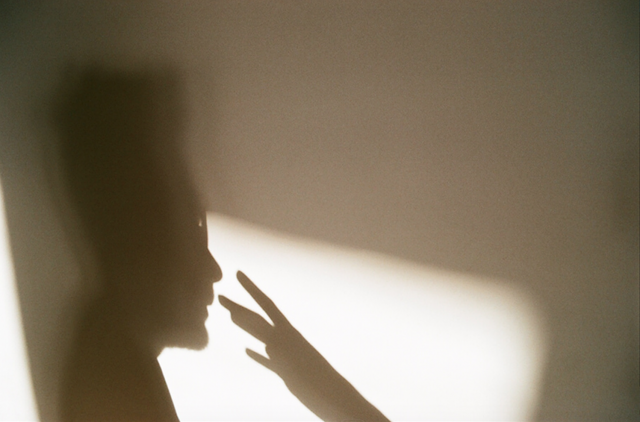 Another thirty minutes and four espressos later and there was still no sign of Alex. Gabriel’s confidence had sunk to an incredible low and at this point he wondered what good it would do if she did decide to grace him with her presence as he was in such a foul mood.

“Excuse me?” Came a soft voice from beside him.

Gabriel removed his glasses and turned to the girl next to him. In his dark cloud of self-pity, he had failed to recognize the gorgeous blonde haired girl in which he shared his bench.

“The fourth time of what?” she asked.

“Oh, sorry, never mind. I didn’t exactly intend to say that out loud.”

Gabriel reflected quickly upon her question and wondered if this was her attempting to initiate something between them. She could easily just have ignored him but the fact that she asked for an explanation showed clearly that she was interested in him. He had to decide in that moment if he was to politely cut her off and continue to wait for the slim chance of Alex’s arrival, or if he was to embrace the opportunity and let go of his original expectation of the morning.

“Ach, it’s nothing really.” He murmured, rubbing his face. “I’ve just been stood up basically”.

“I see. Well I must say, the person you are waiting for must be pretty damn special if you’re still holding on after being stood up three times already.”

“Yeah I don’t know. I think there’s more likely something wrong with me rather than her being so awesome”. Gabriel joked begrudgingly.

“I doubt that” she smiled. “You seem pretty normal to me”.

Gabriel’s stern and gloomy expression soon loosened as he began to stop thinking about Alex and instead, concentrated on impressing his newfound attraction. She was dressed in faded dark jeans with an oversized woolen jumper, wrapped in an enormous cashmere scarf worn up past her chin; resting just beneath her soft and red lips. She looked to be Norwegian, or at least Scandinavian he thought.

“That’s kind of you to say.” He said. “To be honest, I was just being dramatic. I’m not too fussed really. I would have been here anyway. I’m kind of obsessed with coffee.”

“Oh my god. Me too!” explained the assumed Norwegian. “It’s the only thing that gets me out of bed in the morning. Well, that and watching Stranger Things. I’m kind of a geek.”

“No way! That’s my favorite show too!” blurted Gabriel excitedly.  “It’s like a combination of every show you loved when you were a kid and made into one super show just to feed your nostalgic hunger perfectly!”

She laughed and hid her open smile with her hand nervously. “That’s so true! I’ve wanted to speak to someone about it but none of my friends have been watching it. I should have just described it to them as you have, maybe then they would listen.”

At this point, Gabriel was starting to think that being stood up wasn’t such a bad thing after all and that maybe his slight obsession with Alex was nothing but a waste of time. Unfortunately, what he didn’t know was just how much of a waste it was.

Gabriel had first met Alex two weeks earlier at a friend’s dinner party, in which they had shared a rather generous amount of French wine and spoke of movies, politics and embarrassing stories of partners present and past. They both had recently come out of serious relationships and shared the idea of having been let down badly. Nearing the end of his second bottle, Gabriel began to think that this night was no coincidence and that meeting Alex appeared to be some predestined event; a peace offering for having been so completely screwed over by his ex-girlfriend. It didn’t occur to him that Alex might only be looking for a brief distraction and when he awoke in the morning to find that she had left his place during the night, he was devastated.  Nevertheless, he managed to invent several reasons as to why she may have fled despite her instant love for him, and thought about her every day after; sending her sweet messages before sleep and trying to arrange a second date. Of course, Alex had gotten back together with her partner only a few days after the meal and never intended on seeing him again. She did however, keep him at arm’s length, replying to him occasionally in the moments she doubted her boyfriend, just in case she needed a quick burst of moral.

“Erm, I kind of need to go now otherwise I’ll be late for my lecture.” Said the blonde stranger awkwardly, gazing at him with her blue hopeful eyes.

“Yeah, right.” Coughed Gabriel as he snapped back to reality.

“Maybe if you like we could share another coffee some time. I know a really great place in Kreuzberg by the canal.” She offered.

Gabriel was impressed by her confidence and felt strangely relaxed next to her. His eyes rolled slowly up past her long shining white hair and for a second he thought ‘this girl seems perfect. She’s cool, insanely beautiful and apparently really likes me.’ The obvious thing to do was to accept her invitation and to forget about Alex; and as he cleared his throat and prepared to reply, his phone alerted him to a text message.

The message was from Alex:

‘Hey Gabe. I’m sorry I’m so late. I had a super stressful morning. I really need to talk to someone about it. I can explain it to you in person better. Do you still have time to meet?’

Gabriel looked once more at the pretty young girl sat next to him but this time felt nothing.

“I’m sorry.” He said. “I really need to go. Maybe I’ll see you here again some time. Nice meeting you.”