The Highlights of Gallery Weekend 2017 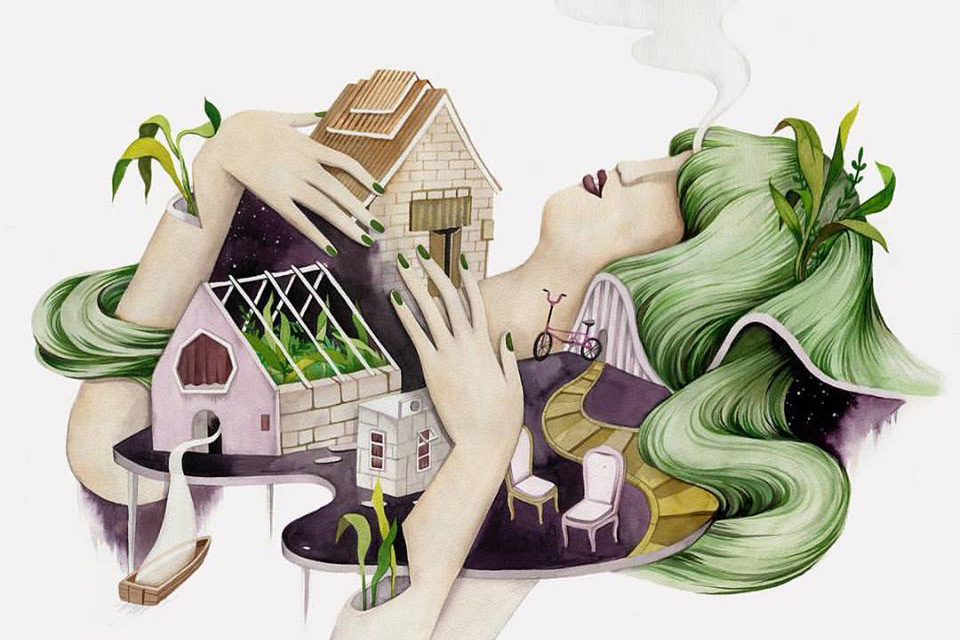 The pair of the upcoming two weekends is one of those you should be looking forward to with extra intensity. The Gallery Weekend is an annual initiative during which you have the chance to discover galleries and exhibition spaces through numerous art openings and exhibition. Because one weekend is certainly enough there are a few independent shows already opening or already open on this weekend before it gets official on the final weekend in April next week. You’ll definitely find something special in our list including numerous painting exhibitions, a paper-mache project with the Marx and Engels sculptures, and even a virtual reality techno show.

What the Weekend is Gallery 2

The Art Union is hosting the second edition of What The Weekend Is Gallery – a group exhibition featuring artworks by 80 Berlin based artists including iHeartBerlin favorites such as Anton Unai, Andrea Wan, Various & Gould, Rylsee, Rocco & his Brothers and Vermibus. The show will take place again at Alte Münze in Berlin-Mitte. The opening reception will happen on Saturday, April 22nd from 19:00 – 23:00h. A smashing After Show Party follows from 23:00h in the engine room. You can visit the exhibition also on Sunday the 23rd and then again from April 27th til May 1st, 2017. 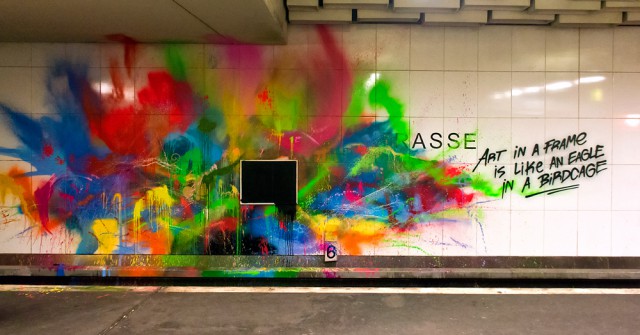 Rocco and his brothers

Enter Art Foundation presents their second exhibition of 2017 in Berlin from 22.4- 07.5 at Multipolster, Leipziger Strasse 42, 10117 Berlin. 30 selected new artists representing 18 nations will exhibit around 120 works. Additionally they will show artworks from the Enter Art Collection, built up with works from previous exhibitions. The exhibition is an international mixture of art from various artists, including students from renowned art academies and universities from all over the world. 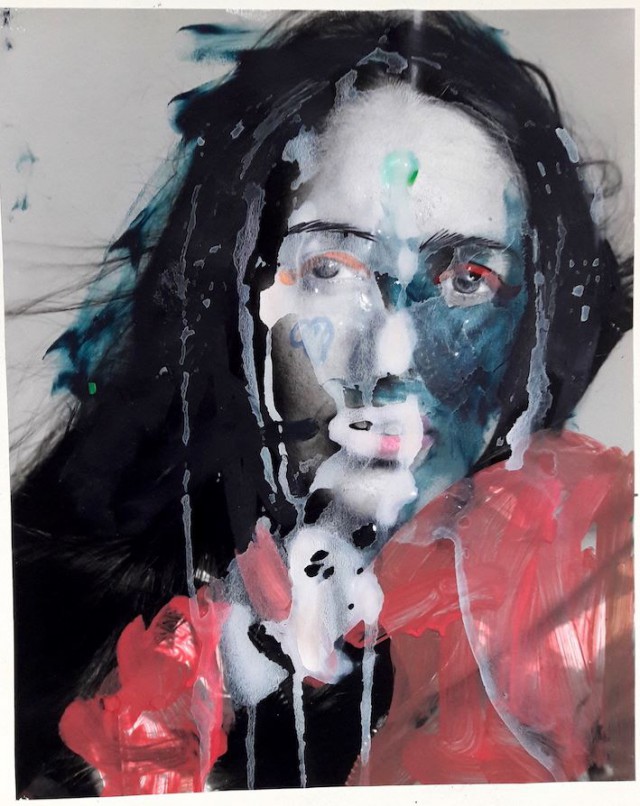 THE HAUS, appropriately nicknamed the Berlin Art Bang, is pretty much the ultimate artistic form in the city of singles – everyone knows it won’t last, and yet the artists involved in it are devoted to make it work for as long as it’s there. The empty building at Nürnberger Straße close to the Kurfürstendamm has been converted into a creative space for over a hundred artists, each of whom got their own room and will become a gallery starting on the 1st of April. Unlike many similar initiatives, though – it won’t even have the chance to go out of favor, get into debt and declare bankruptcy – the building is set to be torn down in June, so enjoy it while you can. 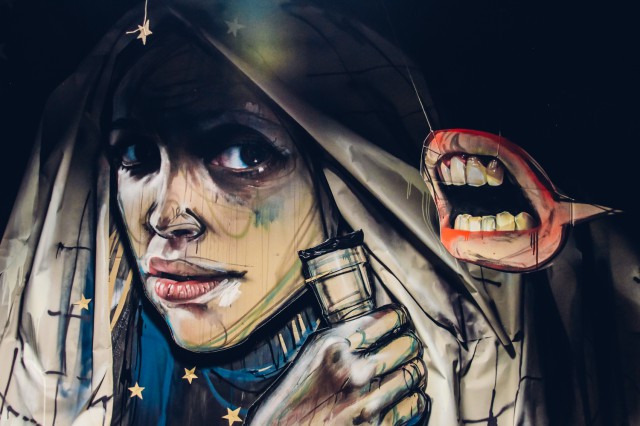 The Seven Star Gallery in Mitte is inviting you for a very intriguing event, which brings together two huge forces shaping the image of our city: techno and informatics. Experience Zukunftsmusik is a collaboration of DJ Hell and the Berlin based design studio MONOMANGO that will result in a 360 degree virtual reality experience revolving around two brand new songs. The show will incorporate elements such as light sculptures, dance performers, flying cars and retro future disco in virtual space. 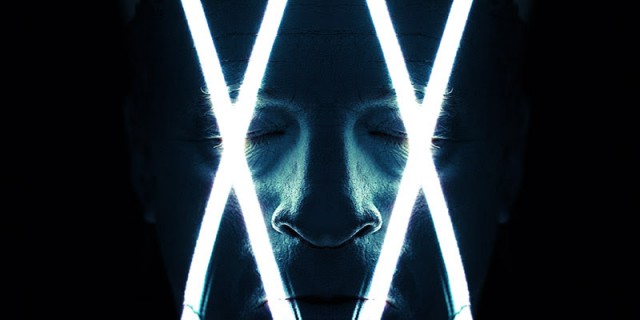 The Magic Beans Gallery will be presenting  the artist-couple Abetz & Drescher with their solo show “Dawn of Tomorrow”. The Vernissage will be part of the Berlin Gallery Weekend. The couple, that’s been together for 20 years now, have been using the technique of acrylic on canvas to jointly convey their artistic visions, fascinated by and referencing to the Greek gods, European renaissance, and German modernity. 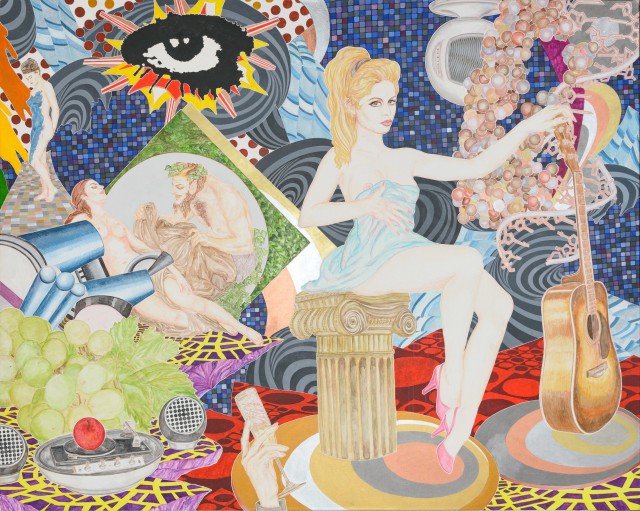 The Berlin painter Jonas Burgert will present to his home town the greatest work he has accomplished so far: a 22 meters long landscape that will take up most of the Blain Southern gallery wall. The impressive painting is accompanied by a few life-sized portraits placed on the opposite wall, which could either be passive observers or  instigators of the depicted psychodrama. 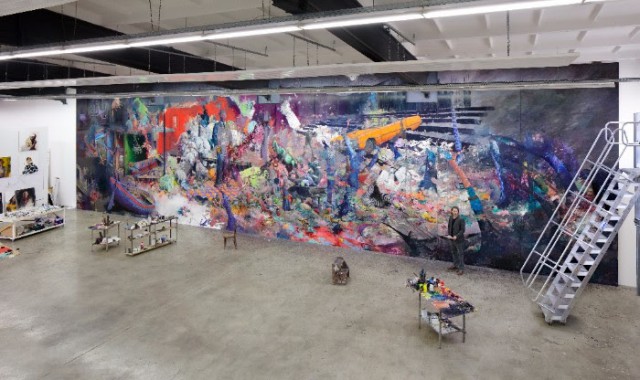 In the group exhibition „Fad & Fury“ for the Gallery Weekend, the janinebeangallery contraposes the unhinged urge for inspired expression to conform trendiness. The featured artists are amongst others the painter Inna Artemova, whose paintings seem like fantastic visions, Anna Borovy, who intertwines the images of people and animals and Grigori Dor, who, contrary to the majority of modern painters, is not focusing on telling a story but rather plays with depicting the presence and disappearance of objects. 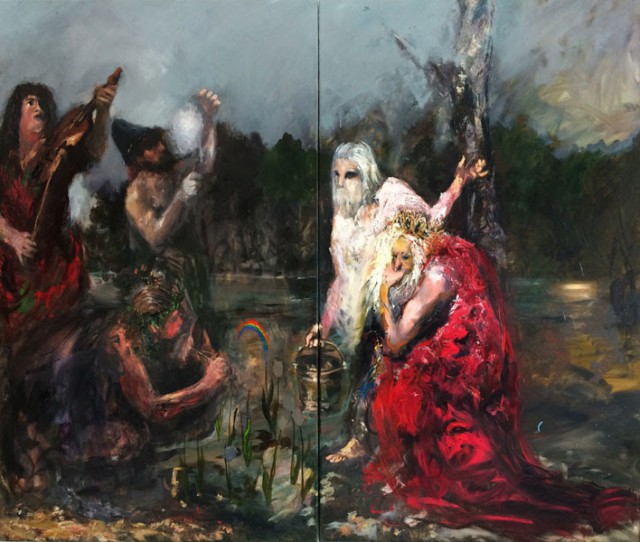 The artist duo Various & Gould is entering the international competition “Art in the Underground – The Middle in Nowhere” with an interesting project directed at the famous sculptures of Marx and Engels. In an urban intervention, the artist duo constructs a papier-mâché cast of the Marx-Engels monument designed by Ludwig Engelhardt during GDR times (1986) and located in the vicinity of the Rotes Rathaus (town hall). The resulting paper sculpture is called “City Skins”.  The process will start on the 28th of April at the Marx-Engels-Forum, Karl Liebknecht Strasse (between the Rotes Rathaus and Museumsinsel).

Marx-Engels-Forum, Karl Liebknecht Strasse (between the Rotes Rathaus and Museumsinsel) 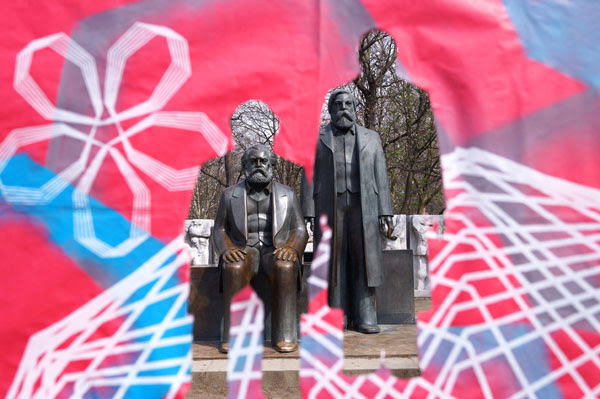