Dating in Berlin: Lost in Translation 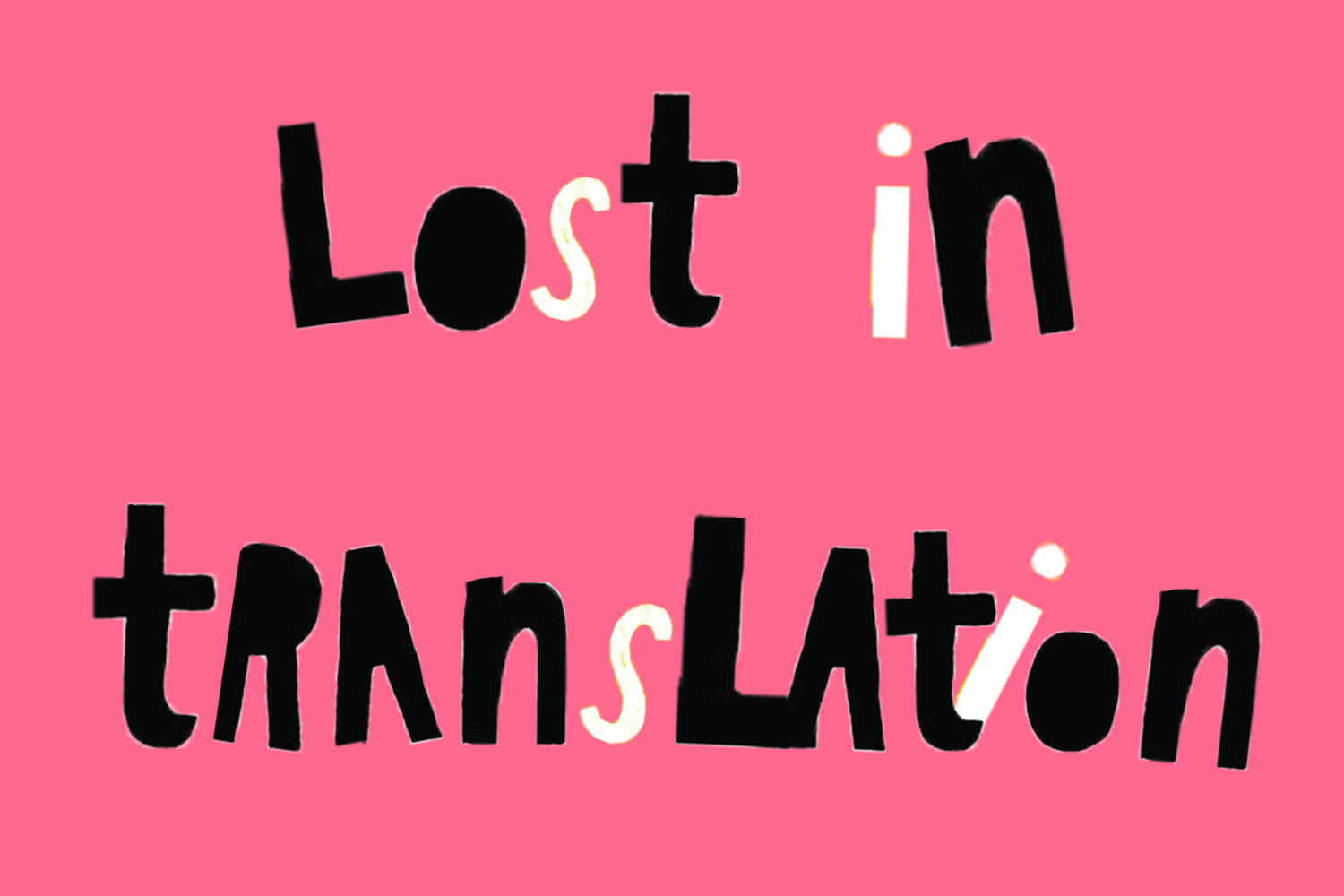 Prior to moving to Berlin I never thought about how important language was when attempting to get to know someone better, particularly while dating. I always dated guys whose native language was English, American English at that. As if dating wasn’t confusing enough, try dating someone who doesn’t dream in the same damn language as you. It wasn’t until I started dating guys from around the world did I begin to understand how uncomfortable it felt not to be able to fully express myself. But, was this necessarily a bad thing?

Sure, when you speak the same language, you understand one another on a molecular level. You share the same phrases to describe mundane situations. You can even talk about your feelings (yuck!) until the cows come home…UM, WHAT?  That was all fine and good, but I still wasn’t convinced that the benefits of speaking the same mother tongue outweighed the surmounting disadvantages.

Just how many ridiculous phrases and sayings had I repeated on a regular basis without ever questioning why?

She is so extra.

Ain’t nuthin’ but a hootchie mama. (I save this one for special occasions.) 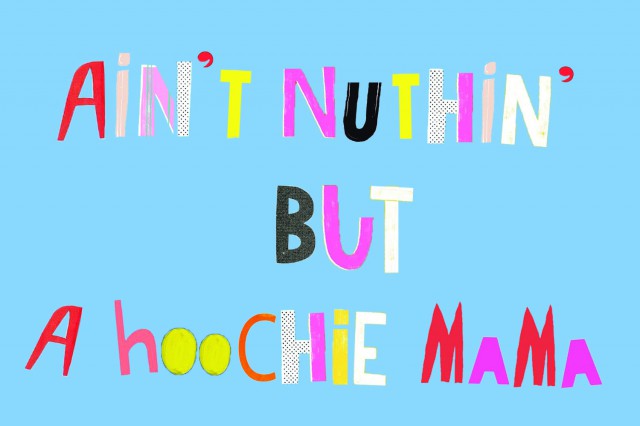 Since Berlin is so multiculti- it’s not uncommon to find yourself dating people from all over the world. For surface level dating, getting by on English is usually enough, but as soon as you want to delve a bit deeper, people get uncomfortable. I’ve had seemingly nice guys, ghost me after a few otherwise fun dates. Part of me thinks that the reason they no longer want to continue meeting is because they weren’t fully comfortable expressing themselves in a language other than their mother tongue (obviously, it had nothing to do with my charming personality or devilish good looks.) Perhaps this is why Berlin is not exactly well known for being a monogamous city. Could language be the wall preventing people from delving deeper with someone of interest? Or was this so-called “language barrier” just an excuse, some weird (in)security blanket?

While it’s true, sometimes I feel like my humor is lost in translation or that a small part of my personality has gone on a permanent holiday, but actually, I think I’ve become a better communicator since moving to Berlin, being surrounded by people whose mother tongue is not English.

It’s no longer acceptable to have diarrhea of the mouth (yes, it’s as gross as it sounds) or to sit in a bar with friends and go off on a tangent, sinking deeper and deeper down the proverbial rabbit hole of philosophical pondering, until neither of us remembers what the hell we were talking about in the first place. Not that I ever made trivial small talk with strangers in an elevator before, but here, I could no longer consider it an option.

After a while of communicating in a more succinct way, however, I began to feel eerily liberated. I may speak a lot less than I ever did, but that’s not necessarily a bad thing. How much time had I wasted arguing in circles with my ex and getting absolutely nowhere? Ever have a heated discussion with someone only to discover that 15 minutes later you are basically saying the same thing, only in a slightly different way? I doubt that happens when speaking to someone whose mother tongue is not the same as yours. 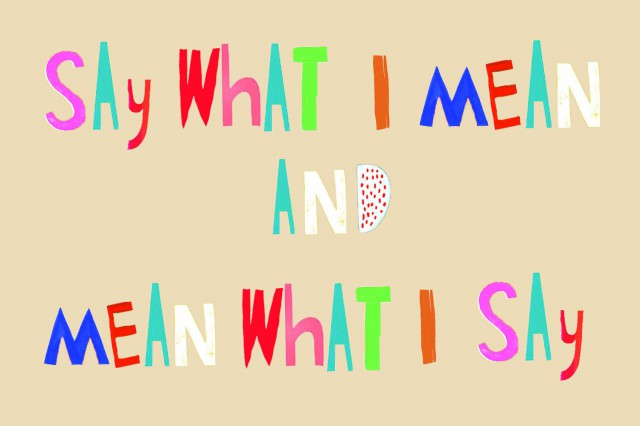 Speaking the same mother tongue is actually more limiting, in my opinion, and can even end up complicating a discussion. Semantics isn’t a problem when you say things in the clearest, most succinct way.

As a communications major, I learned that while you could be the most eloquent speaker in the entire world, if your audience doesn’t receive your message the way you intended, then you actually aren’t a very good communicator. When speaking to non-native English speakers, I had to learn to tailor my message so that they would be able to “pick up what I’m puttin’ down”. Um, I mean, so that they would “fully comprehend what I was saying.” That’s why I always try to speak to my non-native English speaking friends in the clearest, most direct way (and no, I’m not talking about being condescending…ain’t nobody got time for that.)

Not a day goes by that I don’t feel grateful to live in a city where the majority of people have a great grasp of the English language. I speak English with all of my friends (even though most of them are non-native speakers). Hell, I am even dating a German boy who speaks near-perfect English. I can’t imagine the frustration I’d feel if English wasn’t the common denominator. Not a day goes by that I don’t admire my friends for having the confidence and determination to express themselves in a language other than their mother tongue (now if only I could have this same attitude when trying to speak German.) I feel so lucky to live in such a multiculti- city like Berlin, to have friends from all over the world, to have dinner parties where it’s not uncommon to hear at least three different languages being spoken, and to get to learn about different cultures and traditions, firsthand. 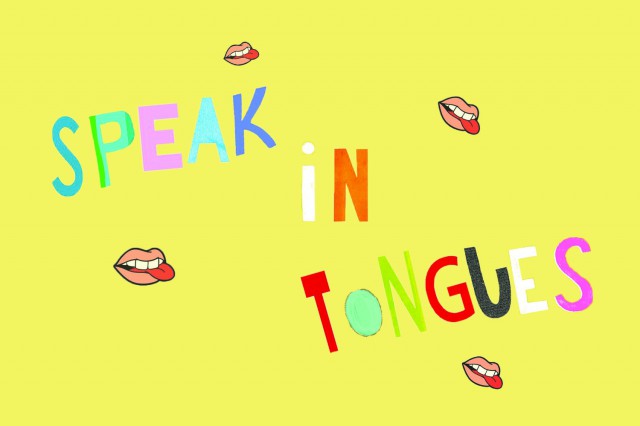 So, is language actually a barrier?

Well, it depends on who you ask (please, not the Deutschebank teller or the o2 customer service rep, that might end in tears.) Yes, language is important. The words you use today can resonate with someone forever, but your mother tongue is just a small part of our identity; it’s what once shaped you but it’s not what sustains you. You are who you are at the core, regardless of your accent. From this day forward, I vow to “say what I mean, and mean what I say”. I vow not to “talk in riddles”, “speak in tongues,” or “argue in circles.” And when I speak German, I will try to stop taking myself so damn seriously…because, I assure you, speaking another language is fun (even it takes a few beers to reach the “fun” part.)

While falling asleep the other night, my German partner and I heard a loud crash in the hallway. Never missing an opportunity to make a stupid joke, I quickly responded, “reminds of my time back in ‘nam.’

“Back flash,” he sleepily muttered.

I giggled, once I realized what he had done, “you mean…“flashback”?”