100 Years of History of May Day in Berlin 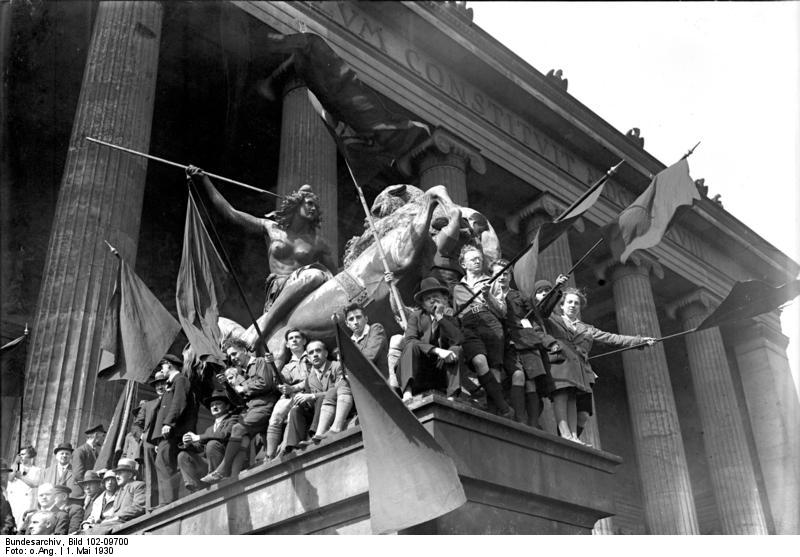 The First of May, that’s when there is a big street party in Berlin, right? Kind of. While the MyFest in Kreuzberg really feels like a big street festival with food stands, concerts and DJs playing in the streets it wasn’t always quite as cheerful and fun-oriented. The Labor Day has its origin in the USA in the late 19th century where it was among other things about the introduction of the 8h workday. There were attempts to establish it Germany in 1919, but it wasn’t until the Nazi time in the 30s that it became an official public holiday that it remained until today. Over the decades it changed its character from festive parades, political demonstrations to violent revolts. Here in Berlin the First of May was associated with aggressive protests, massive police force and burning cars in Friedrichshain and Kreuzberg until the late 2010s. The actual meaning of it feels pretty much lost by now when you look at what’s going on at the MyFest at present day even though there is still enough to protest and rebel against.

Below a photography review of 100 years of the First of May in Berlin. 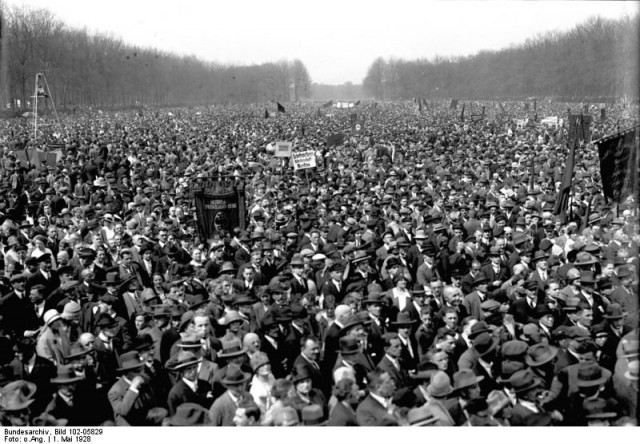 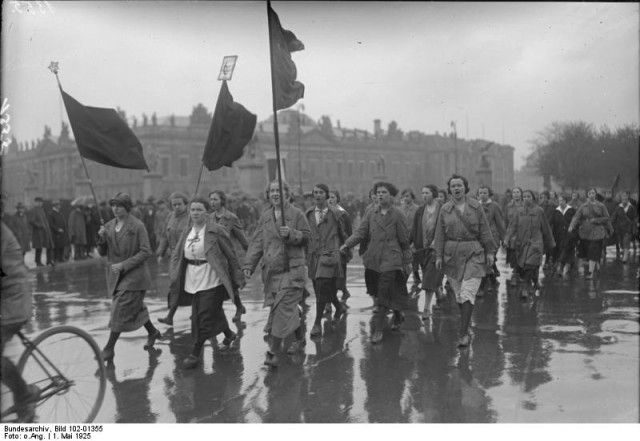 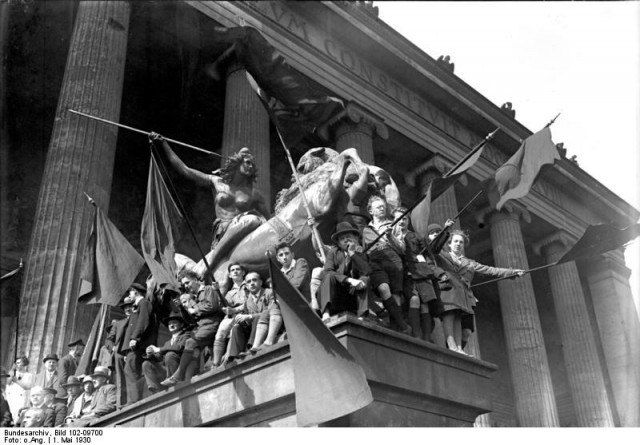 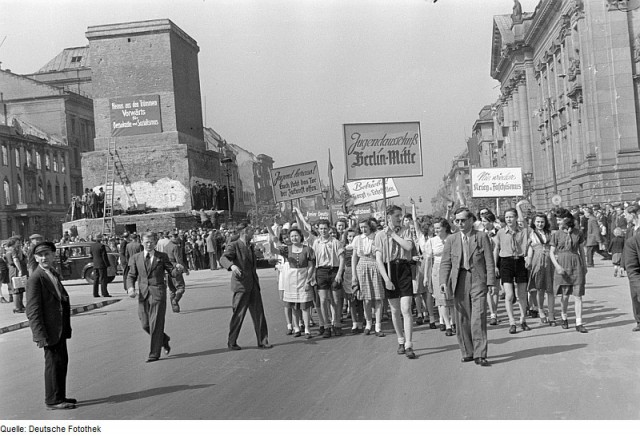 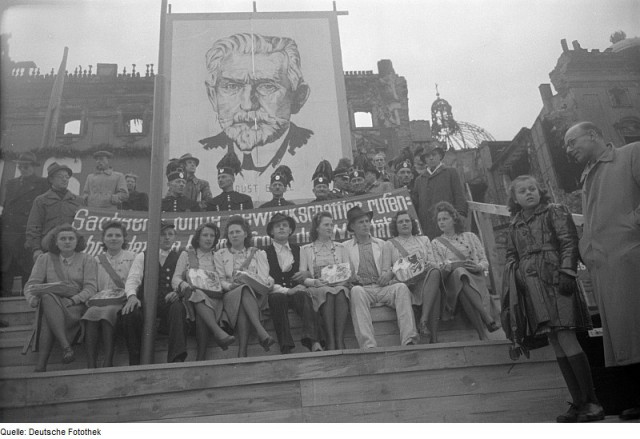 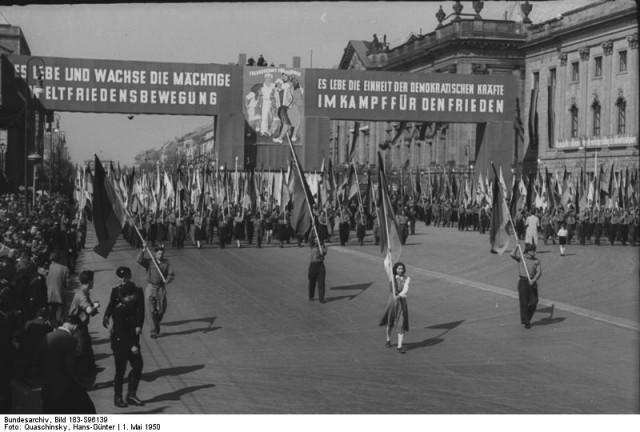 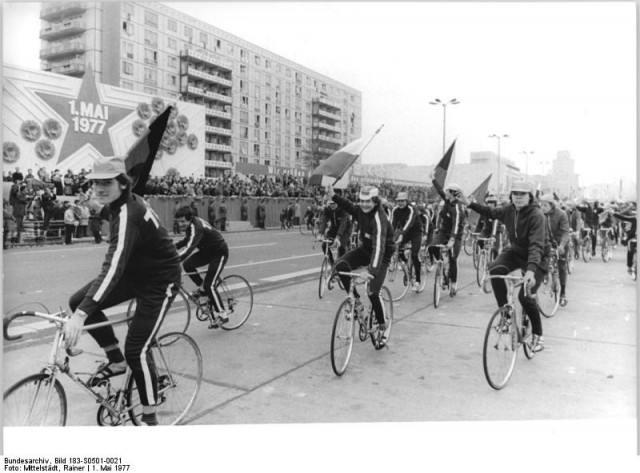 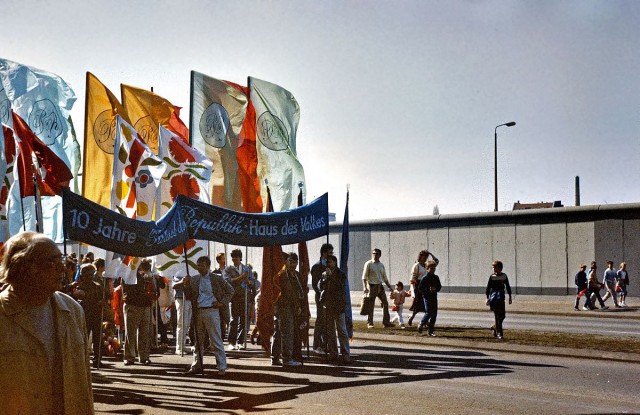 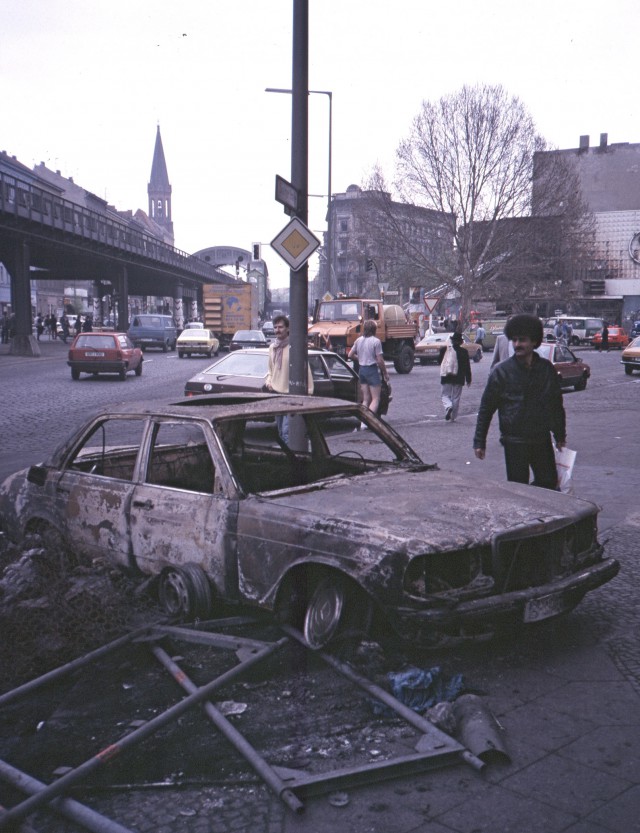 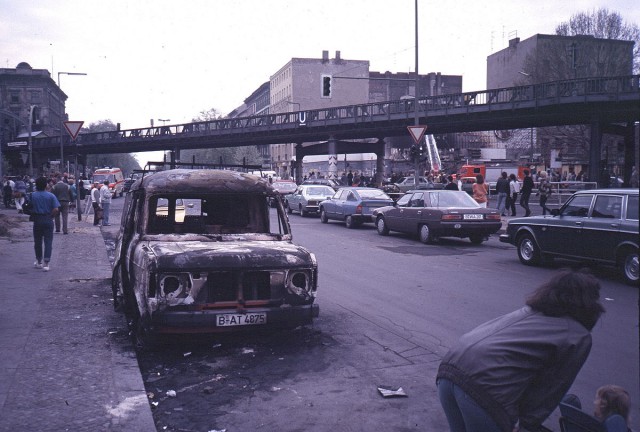 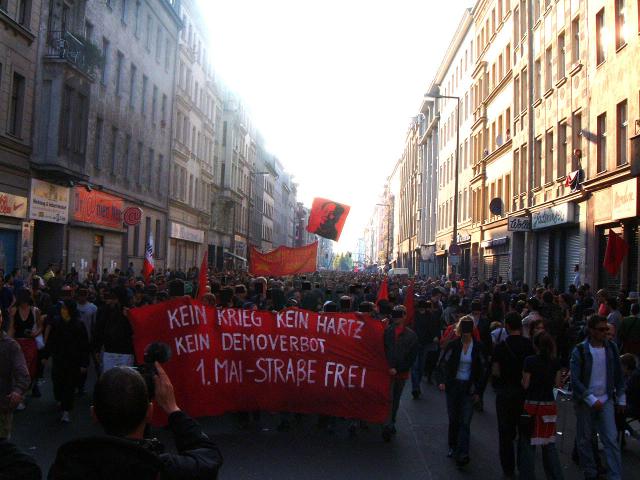 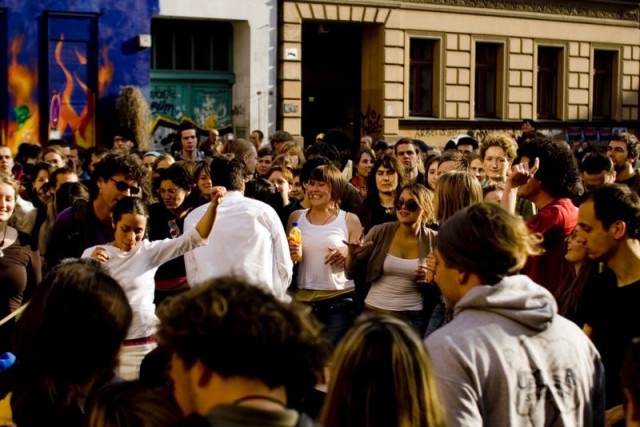 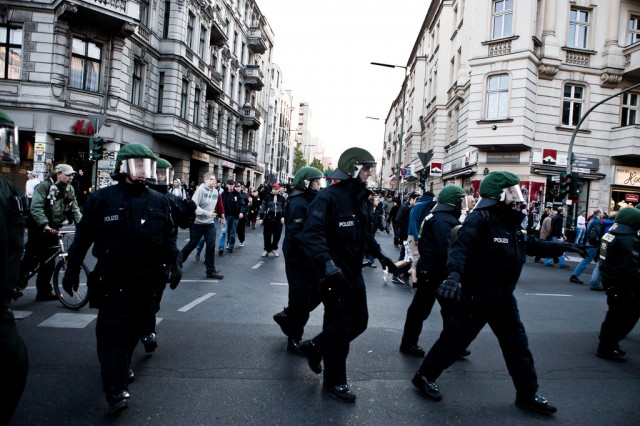 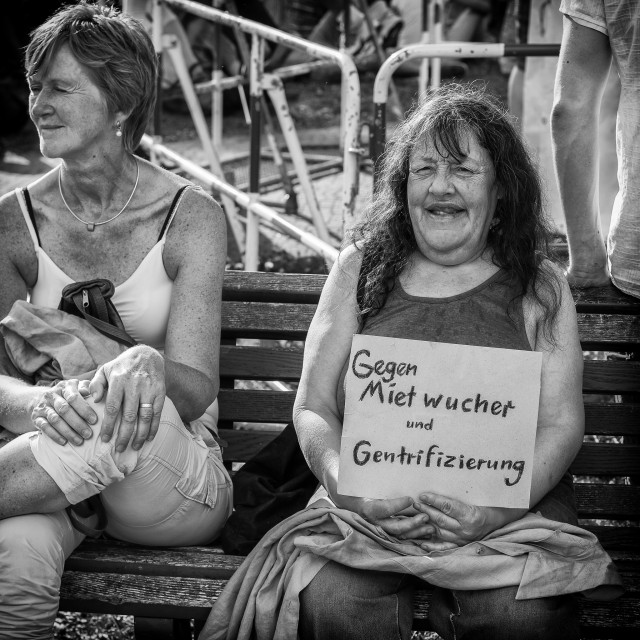 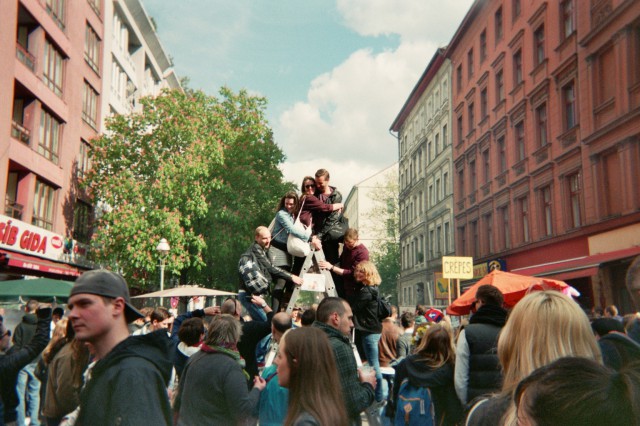