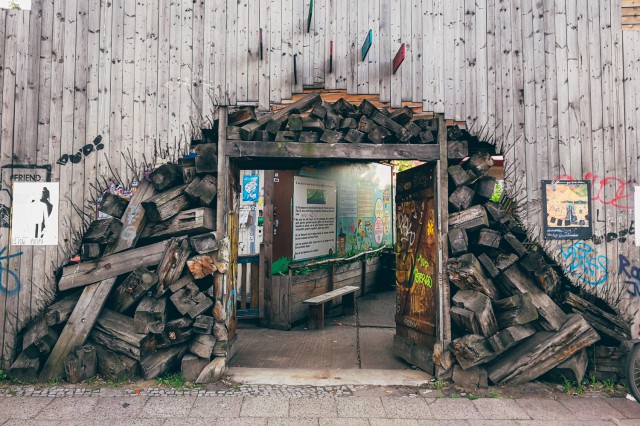 Around halfway through its run the bar began celebrating their big final closing at the end of the open air season. It become somewhat a running gag, because they always ended up receiving their extension to use the grounds for another year after their season had already finished. But of course all the fans were ecstatic that they got another year in their little haven by the Spree. By the time the club was so famous that the lines were eternal and getting in was as hard as it is nowadays at the big B. It wasn’t until 2010 when their closing was actually the final one. No-one believed (or wanted to believe) that the 5-day mega event was the actual end until a few days later the bulldozers came and waltzed the whole wooded village to the ground. It was probably the biggest heart-break of a whole generation of Berlin party kids. Seeing the glitter and feather embellished Bar25 kids cue to get into the Berghain garden on Sundays as a substitute made it even more bitter.

But the story was not over yet. Part of the Bar25 team opened a club that managed to rise to similar fame in the shortest amount of time just across the river on the other shore. Kater Holzig was pretty much its own animal compared to Bar25, but it was beloved and super successful none the less. Their run was always known to be limited, so its end after just a few years was not as bitter. Their crazy castle had to make room for luxury apartments. 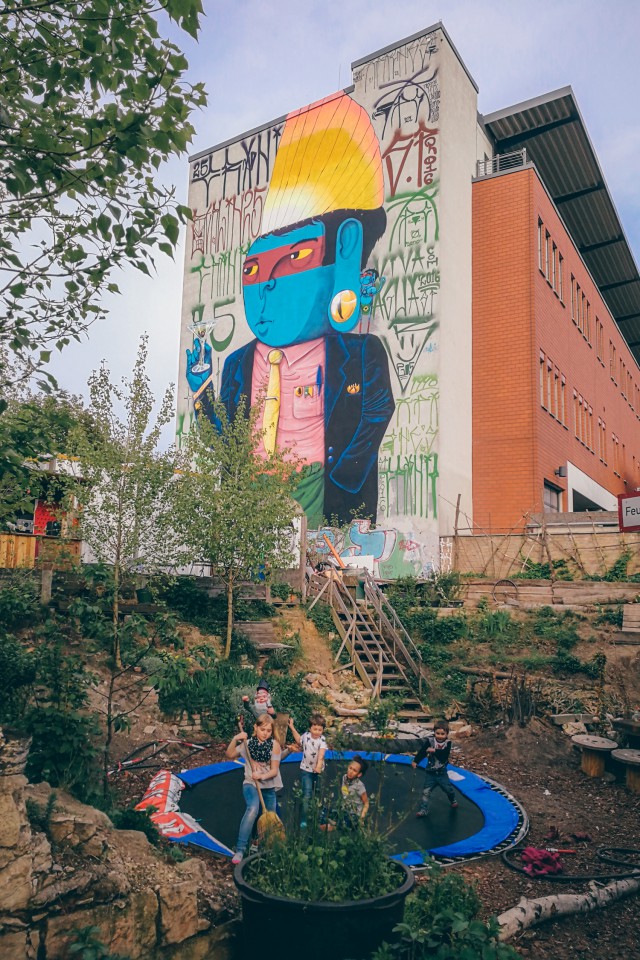 In the meantime the makers had managed to reacquire the original grounds of the Bar25. I will save you the details about the background of this, a mix of politics, protest and a little wonder to boil it down for you. Shortly after they opened a new club called Kater Blau in the arch underneath the train tracks next to the original area of the Bar25 and a little wooden village called Pampa right in its place. It was almost miraculous to be able to step back onto the grounds of the bar after so long. The whole project is called Holzmarkt and those two first locations were only the beginning of something bigger. The restaurant Fame (not the English word, but the Italian one meaning hunger) popped up next to the club and the rest of the area was behind wooden fences for a few years having the Berliners wonder what this might become one day.

On the first of May in 2017 the Holzmarkt celebrated its official opening and the fences were lifted for the first time. A quirky little village was revealed, but not made of scrap wood anymore, but a real solid one from stone that is meant to stay. When you read about the concept and their vision it sounds almost like a dream to good to be true. Contrary to the recent developments in Berlin that have corporate greed, expansion and profits at its core the Holzmarkt wants to be a place for the people, for creatives and for alternative lifestyles. It’s like the counter concept of the soulless hellhole that is currently being constructed near-by between East Side Gallery, Warschauer Straße and the train tracks. 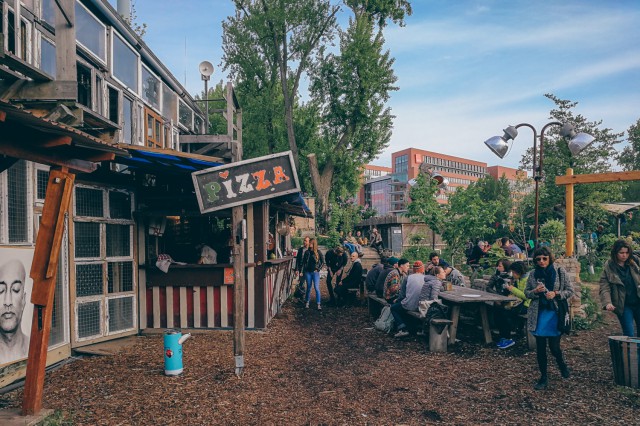 The new Holzmarkt comes with several cool features such as restaurants and food stalls, a day care for kids, a wine shop, a gallery, a yoga studio, a coworking space, two stages for theater and all kinds of events, several bars and of course the club Kater Blau right in the middle of it all. The whole public area has an open door policy, everyone can come in. It wouldn’t have been possible in the times of Bar25 and Kater Holzig, but now you can actually go with your parents or grandparents or bring your kids. Actually for kids this a great space with several playgrounds. When I was there the other day I thought it was quite beautiful to see how all the generations came together in one crazy place.

We’re super curious to see what the future holds for the Holzmarkt, what new venues will open up on their ground and what exciting events will take place here. In a few days the performance piece Le Petite Bleu will premiere in their theater space Sälchen. Go check it out! 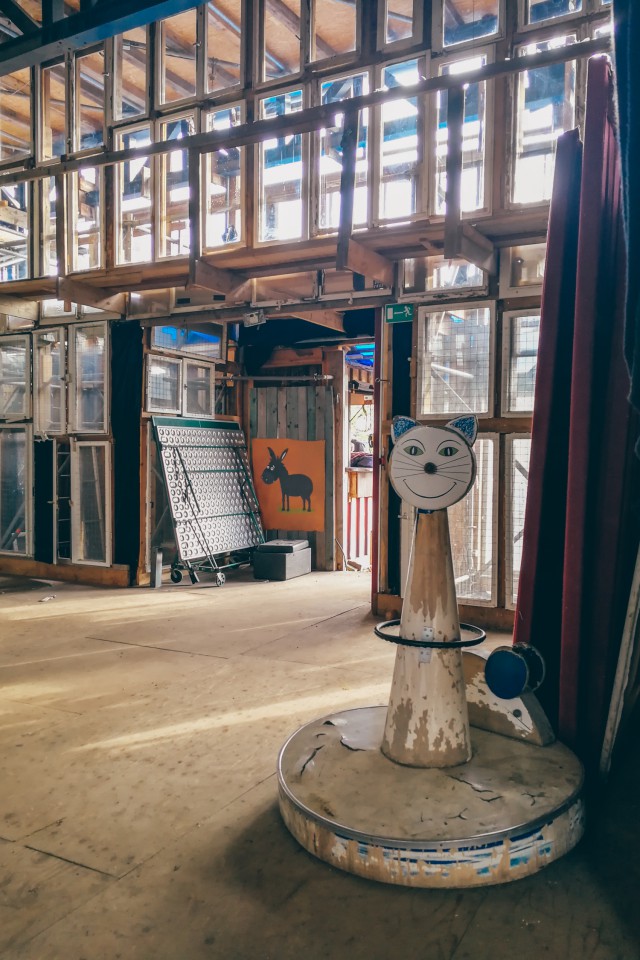 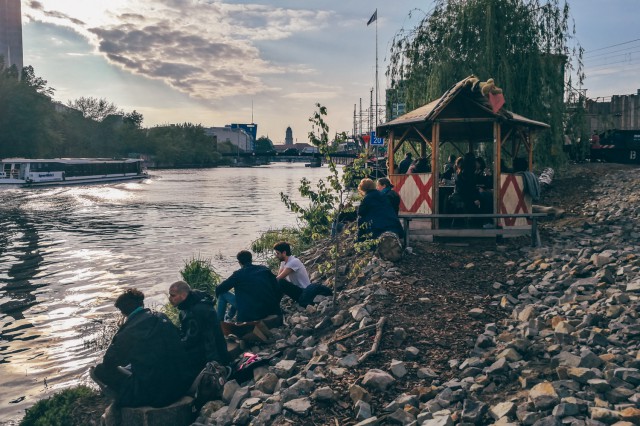 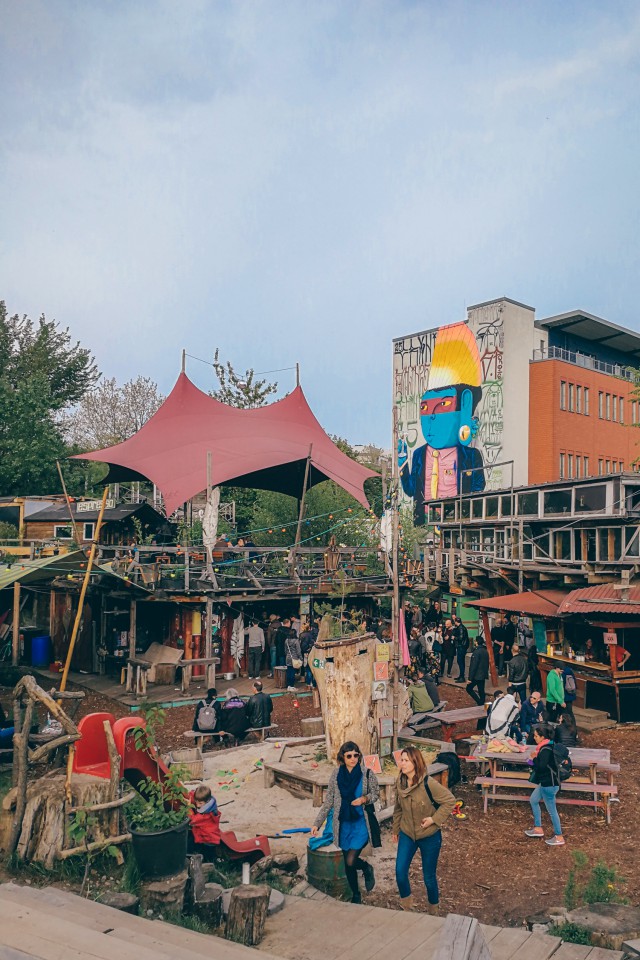 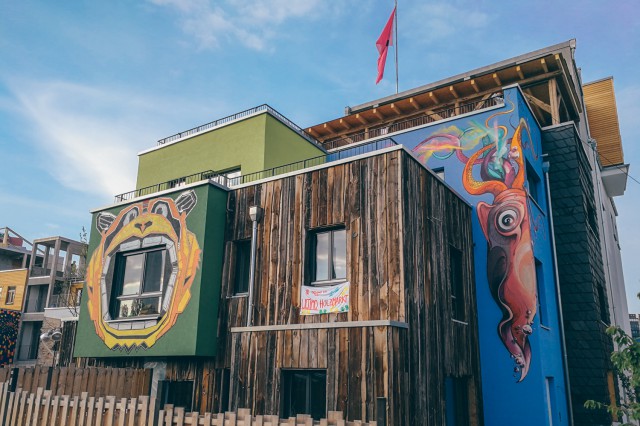 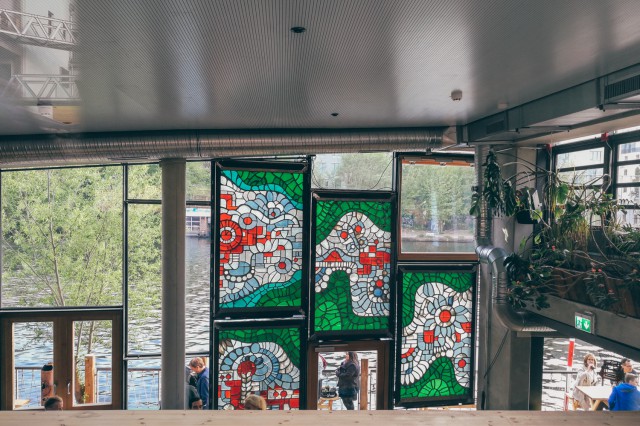 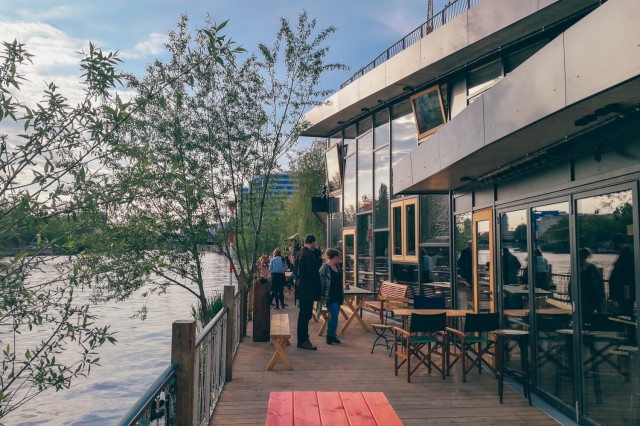 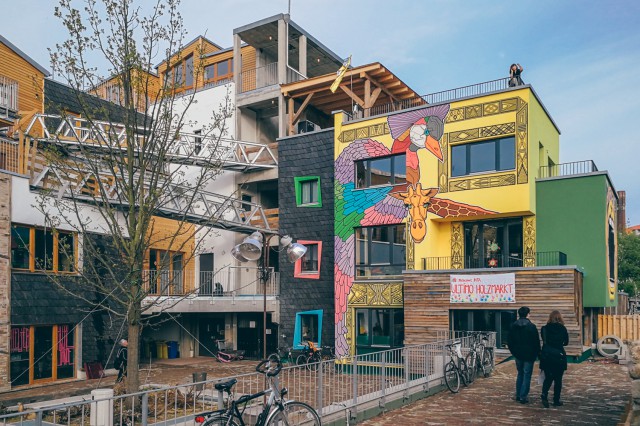 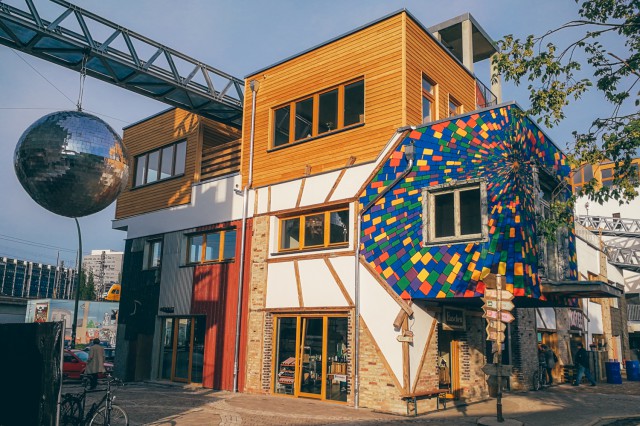 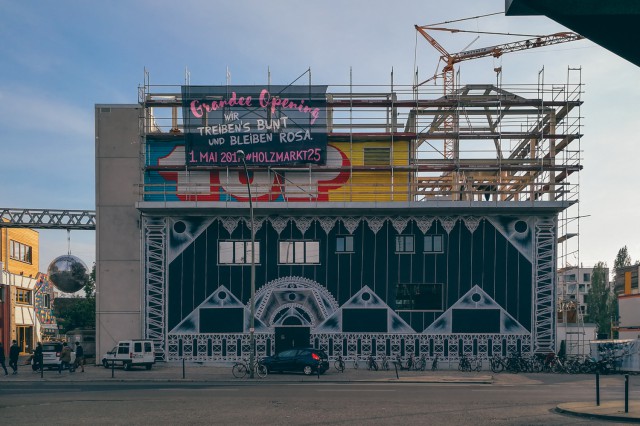 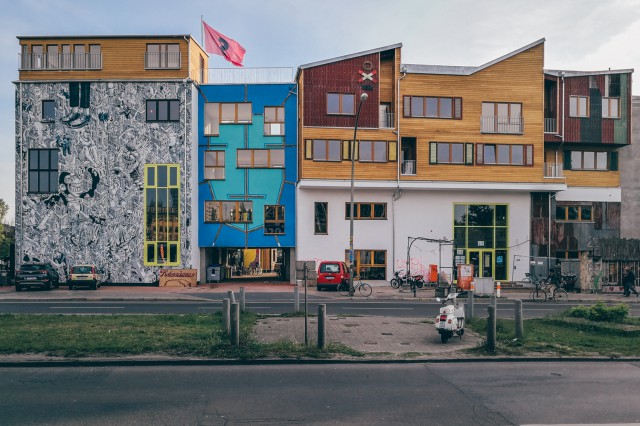 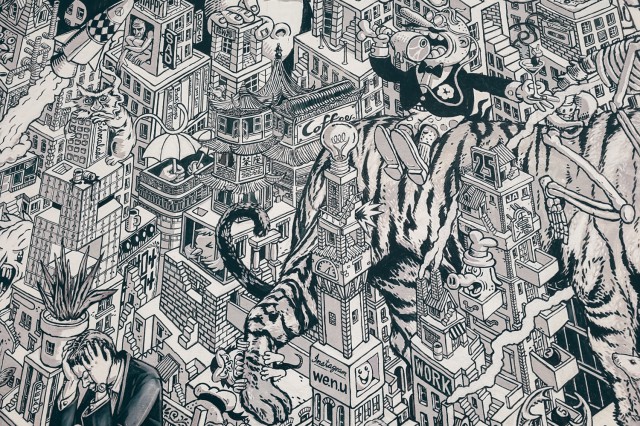 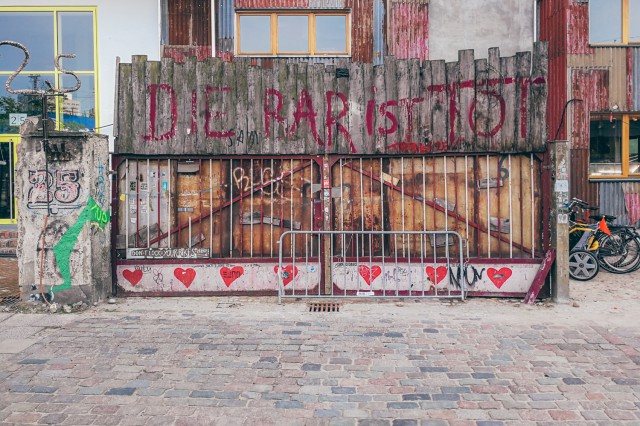