Why the Fight for Marriage Equality is such an important one 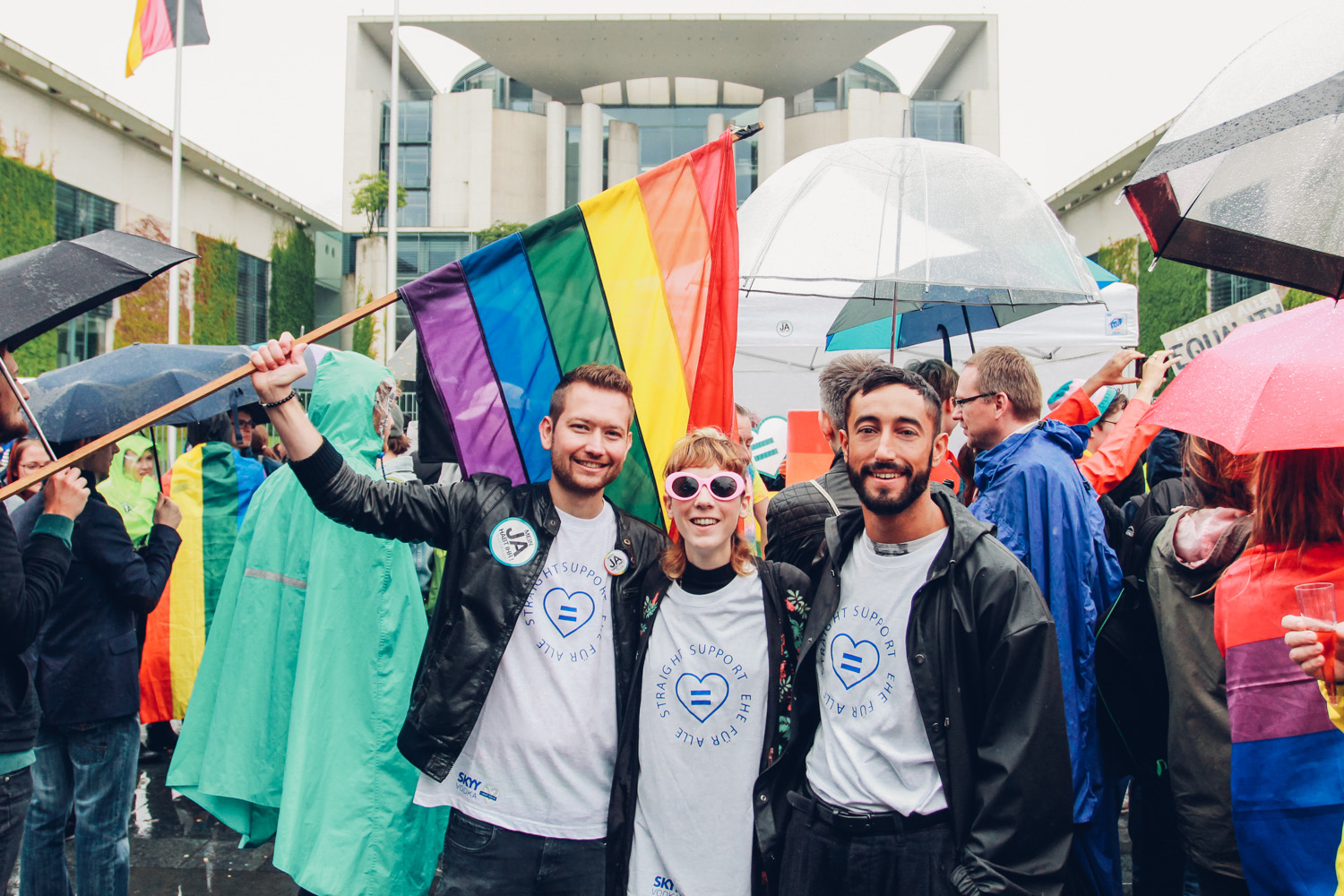 When I talk about the fact that I got married in Argentina last year one of the most likely questions I will get is why I didn’t get married here in Germany. The answer to that is quite simple: Because it wasn’t legally possible. It doesn’t matter if the person who asks me this is German or not they are always surprised by this. It’s incredible how many people are not aware that we don’t have marriage equality in Germany.

When SKYY Vodka approached me recently and asked me to participate in their “One Generation forward” campaign about diversity and equality it felt only natural to me to take a stand for marriage equality because I too have felt affected by discrimination of the law against same-sex couples, and several of my friends have too. So we teamed up with Sören from the organization Ehe für Alle who has been at the forefront in the fight for marriage equality and cooked up something together. And as life is always full of surprises everything took an unexpected turn about 2 weeks ago… 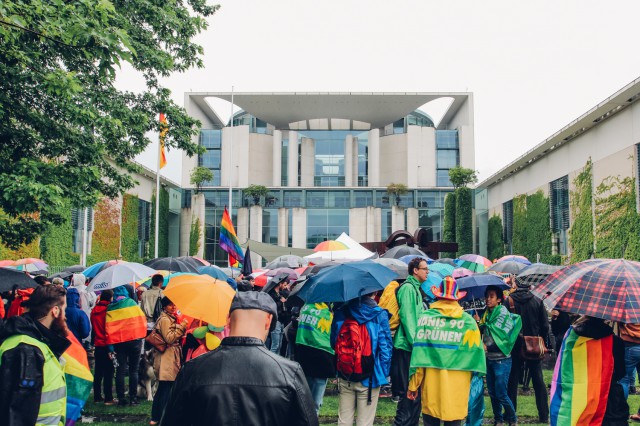 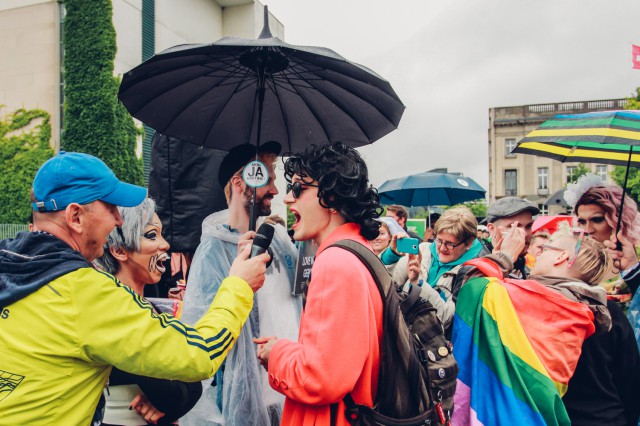 But why is the fight for marriage equality such an urgent matter to the LGBTQ* community? They already have civil partnerships which grants you almost all the rights as marriage. Isn’t that enough? Aren’t there more important matters at stake? It’s tempting to think that way. But if we did that we would do all older generations of LGBTQ* people a disservice who fought hard and difficult fights back in the 80s and 90s against discrimination and prosecution and for acceptance and equal rights. They created the world that the younger generations now benefit from with discriminating paragraphs removed from constitutions, prosecuted homosexuals being pardoned and marriage and adoption rights being introduced in many countries. They never gave in and settled for compromise but kept on fighting for actual equality. We need to do the same, also to honor their legacy. And once we accomplished actual equality in our respective countries the fight is not over yet because there are still countries in the world were non-heterosexuals are treated as criminals. 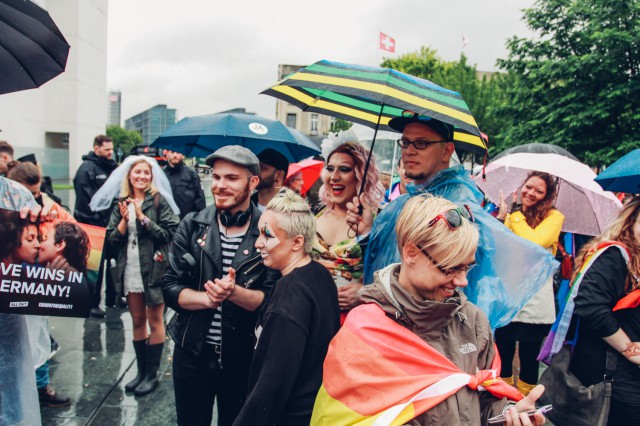 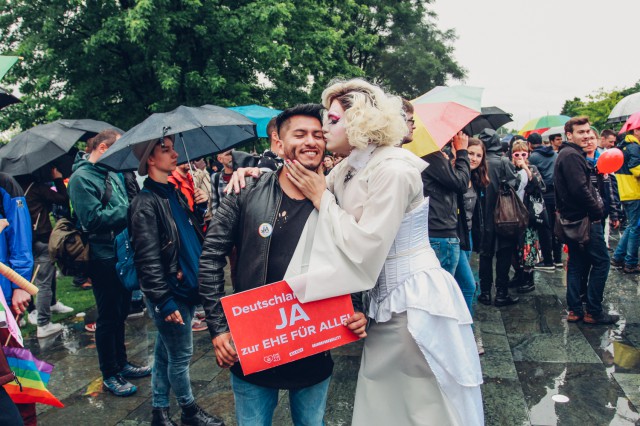 Even though we have had stories on iHeartBerlin with a politically motivated or socially critical message we would still not consider ourself political activists. But we do like to lend out voices to those who are and who fight for the greater good. Together with our long-time partner SKYY Vodka we decided to support the Ehe für Alle initiative in a time that felt like a critical moment for this cause. In the political discourse of the upcoming election almost all political parties voiced their support for marriage equality except the leading party of Angela Merkel, the conservative CDU/CSU who was holding strongly against it. The Ehe für Alle organization had been formed in 2015 and is now a union of over 60 smaller organization who use their united power to convince the CDU/CSU to introduce marriage equality- a quest that seemed hopeless for the longest time.

Our idea is rather simple: We want to create a message, send it out in the shape of a slogan shirt and spread the word with the help of some of our influential friends from the blog and Instagram scene. Our call for “Straight Support” is directed at those who are actually not affected themselves and who might not even be aware of the fights going on. We are calling for our straight friends and family members to stand up for the LGBTQ* community and voice their support for issues such as marriage equality. Because only with their support and their pressure the pleads of the LGBTQ* community for equal rights will be heard and taken seriously. 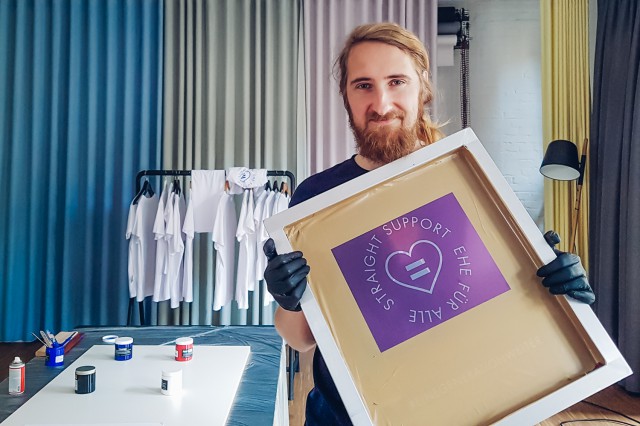 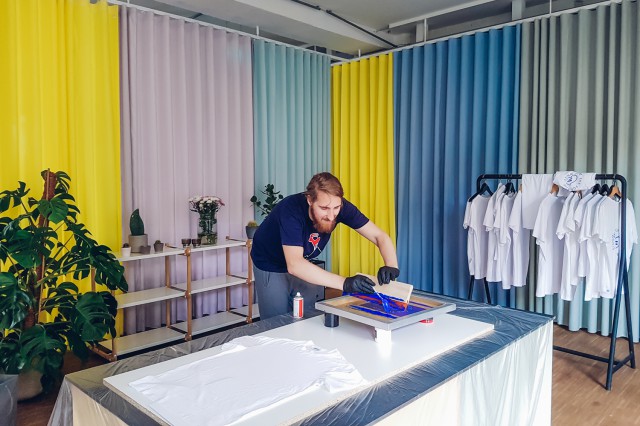 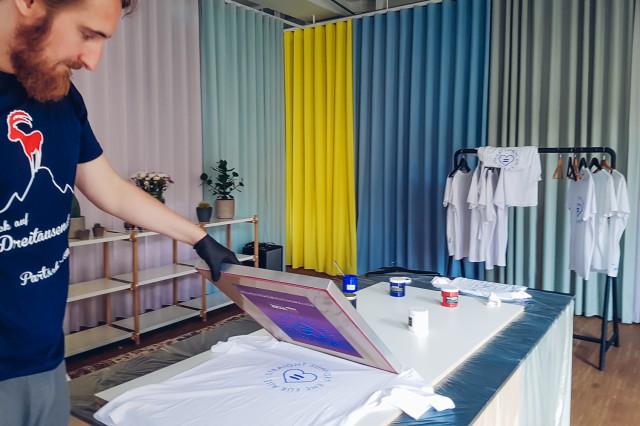 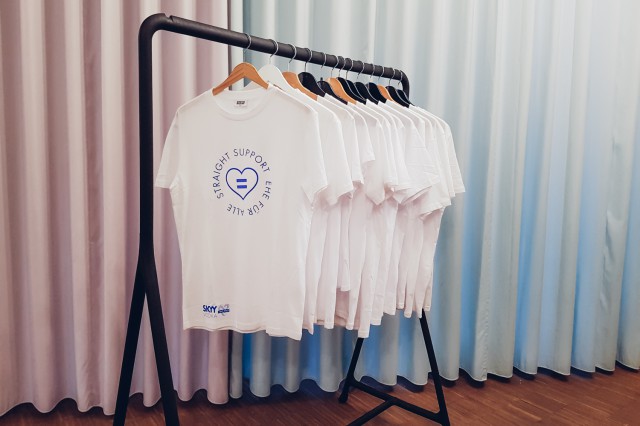 Two weeks ago something quite unexpected happened. In the midst of political maneuvering of several parties marriage equality was suddenly put to a vote in the government. On June 30 the voting took place and the results were in favor of it. We were there live in front of the chancellery a the assembly organized by Ehe für Alle when marriage equality was officially introduced in Germany. Our plan for demonstration suddenly changed into a celebration. The pressure that has been put on the government, by the all these organizations under the helm of Ehe für Alle, by the other political parties, by the LGBTQ* community and also by the general public finally paid of.

It’s a great feeling for us at iHeartBerlin that this happened. Now same-sex couples can officially get married and legally adopt children. It’s a big step towards an equal society and a brighter future for everyone. On a personal level I feel happy and grateful that my marriage is no longer downgraded to a civil partnership in Germany and that some of my gay friends can now get married here, too. I want to thank everyone at Ehe für Alle for their efforts in this cause and of course also SKYY Vodka for enabling me to support them in this way. 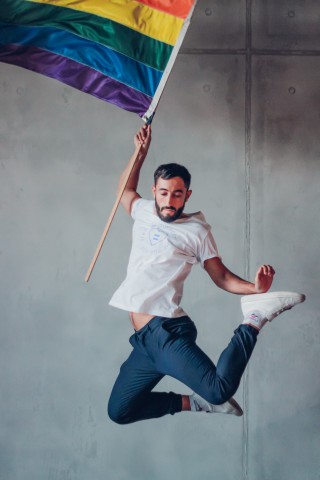 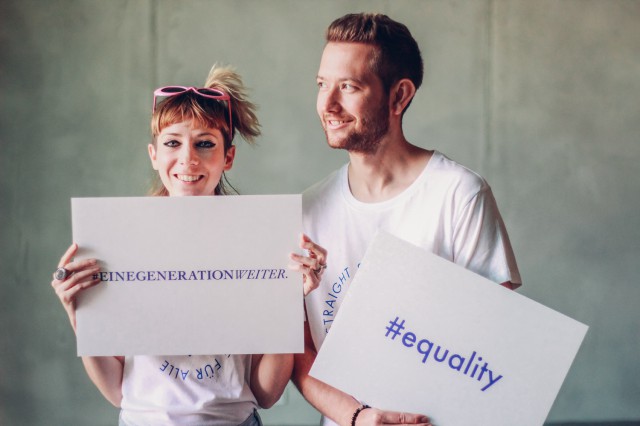 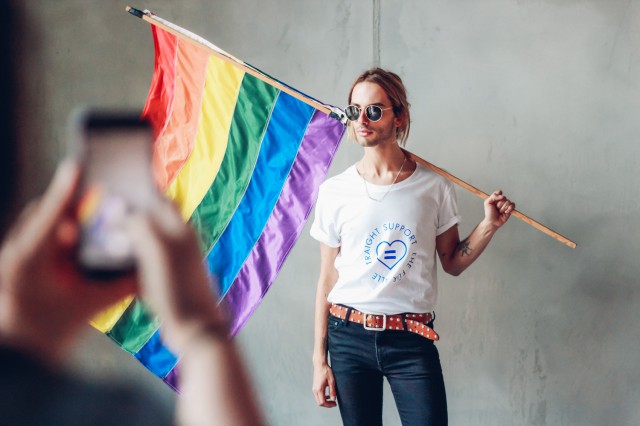 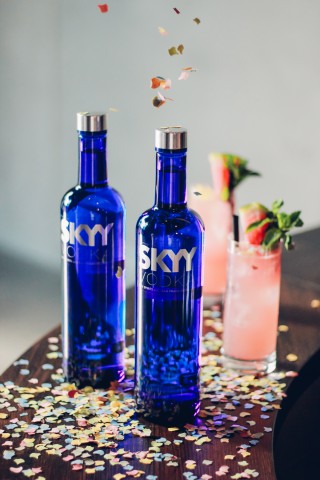 Marriage equality may now be introduced in Germany, but the fight for equality will continue for other causes. There is still a lot of work to be done, not only here in Germany, everywhere in the world. I hope more brands will get involved and offer their support and influence for meaningful causes.

There is a second part to this story which I will reveal soon and which will involve some familiar faces, so stay tuned!

Thanks for the sponsorship by SKYY Vodka.