The area around Nollendorfplatz is widely known as the center for the LGBT community in Berlin. So, thousands of gay tourists end up booking hotel rooms in Schöneberg, expecting it to be Berlin’s gay hotspot. But, if we’re honest, Schöneberg might be gay, but it’s actually home to an older, more settled crowd. The younger gays decided to spread all over town to make every neighborhood kinda queer.

There are plenty of venues all over Berlin from a vast selection in Kreuzberg, some crazy spots in Neukölln, and little save havens in Prenzlauer Berg, or Mitte. All attracting a very distinct, neighborhood-specific crowd on different nights. Some are all fluffy, campy and queer like Silver Future, Roses, Barbies or Südblock. Some attract a more sophisticated, mature gay crowd like Saint Jean or Marietta. And others are basically a hotspot for all the gays in town like Möbel Olfe.

The selection of clubs and parties for gays in Berlin is as diverse as the scene itself. All the gays totally losing it when the DJ plays their most beloved female pop icons will probaly have the best time at SchwuZ, although they also offer Electronic Nights (+ Darkroom). If your heart beats in repetitive bass drums, Berghain has always been a gay hotspot, …or let’s rather say, if you’re looking for the actual homosexual hotspot, the first 20 square meters of Panorama Bar will do. 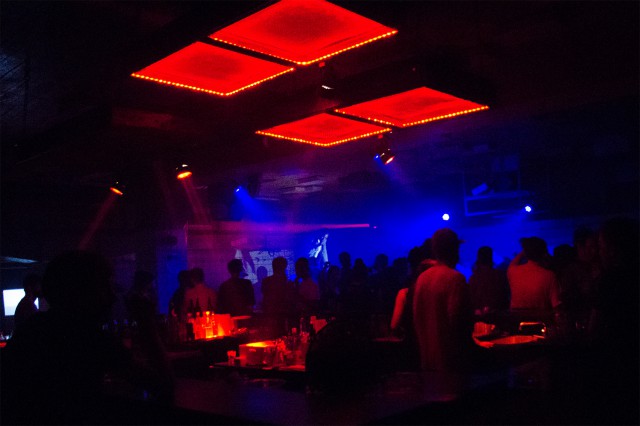 This basic selection does not suffice? Well, gay nightlife ain’t over yet! Not every club might be only gay,  but many clubs have at least one queer party going on. Griessmühle has the steamy Italian sausage fest Cocktail d’Amore in stock, Kit Kat offers a sexy, crazy happening every second month with GEGEN, at ://about blank gays can watch out for Buttons and queer women shouldn’t miss Room4Resistance, if you feel like a gay Hip Hop party, Berries at OHM should be added to your list, and most recently the infamous Herrensauna relocated to the iconic Tresor Club. 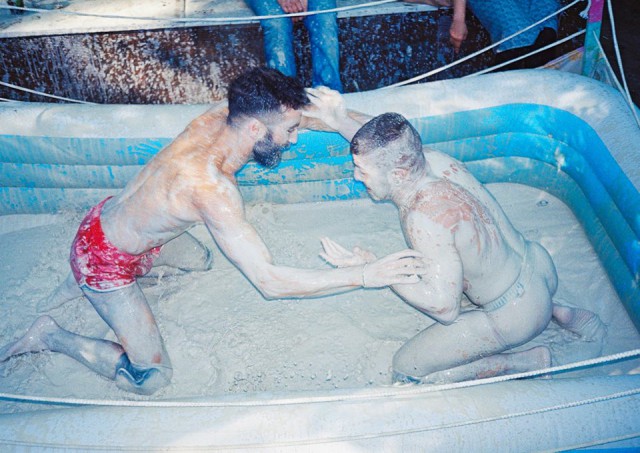 But, all that entertainment is not enough for you, and you want a whole week of gay extravaganza? Berlin has even that to offer at different dates throughout the year. The YO!SISSY Festival will takes place at the end of July, hosted by famous Berlin Drag Queen Pansy, offering a stage for local and international queer, female and trans-identifying artists and drag performers. Pansy also hosts regular Drag shows at Monster Ronson’s every Tuesday, giving you a weekly explosion of drag, and color and fabulousness. So, get to YO!SISSY and Monster Ronson’s and support your local Drag Queens!

The Pornfilmfestival, bringing you sexy moving pictures for 5 days, is hosted in October. The movies have a focus on feminist and queer perspectives in porn and emphasize artistic, alternative approaches to the genre of pornography. And, if you are still not saturated with queer festival madness, the XPosed Queer Film Festival is held in May, and as the name says, it’s all about eXposure and eXposing, fun, Berlin and the rest of the Queer World! The festival is a platform for the latest queer films and older, hidden film treasures that may have gotten lost over the years. All these films are put together to show how queer life has developed and grown.

If you’re looking for some kinky gay shopping, many stores around Motzstraße won’t dissapoint. Get your military fetish going or get yourself some leather and rubber outfits. And, at Bruno’s you’ll get everything from gay literature to sexy underwear.

If you’re more into fashion, stores like Trüffelschwein, Superconscious or Aurelia Paumelle have clothes for the fashionable man. And, if it’s more something a ‘lil sexy that you want, Studio Obectra won’t disappoint. In need for more fashion inspirations? Then look into our Menswear and Designer Shopping Guide.

HIV/Aids is an ongoing big issue in the LGBTQ community. Berlin also has a big infrastructure of help offered, the tests are anonymous, and usually the required amount of money for a test is around 10 euros. The centers one can contact (other than an individual doctor, but there the test is not anonymous), both to be tested and for further support, are Berliner Aids Hilfe, Pluspunkt, Mann-o-meter,  ManCheck and Zentrum für sexuelle Gesundheit.

Even though Berlin is an overall friendly and tolerant community, homophobic instances are happening everyday. Luckily, the Berlin LGBT community has built an infrastructure that offers help and support. LSVD supports victims of homophobia, the Gay Counseling Centre works with victims of  violence against gay men, as well as Maneo, Pluspunkt, and Mann-o-meter. Anti-lesbian Violence project Broken Rainbow and lesbenberatung deal with violence against lesbians, while Sonntags Club offers support to homophobic violence, as well as a cafe. For LGBTI refugees, contact Berlin Center for LGBTI Refugees.