The Most Dreaded Moments in Berlin 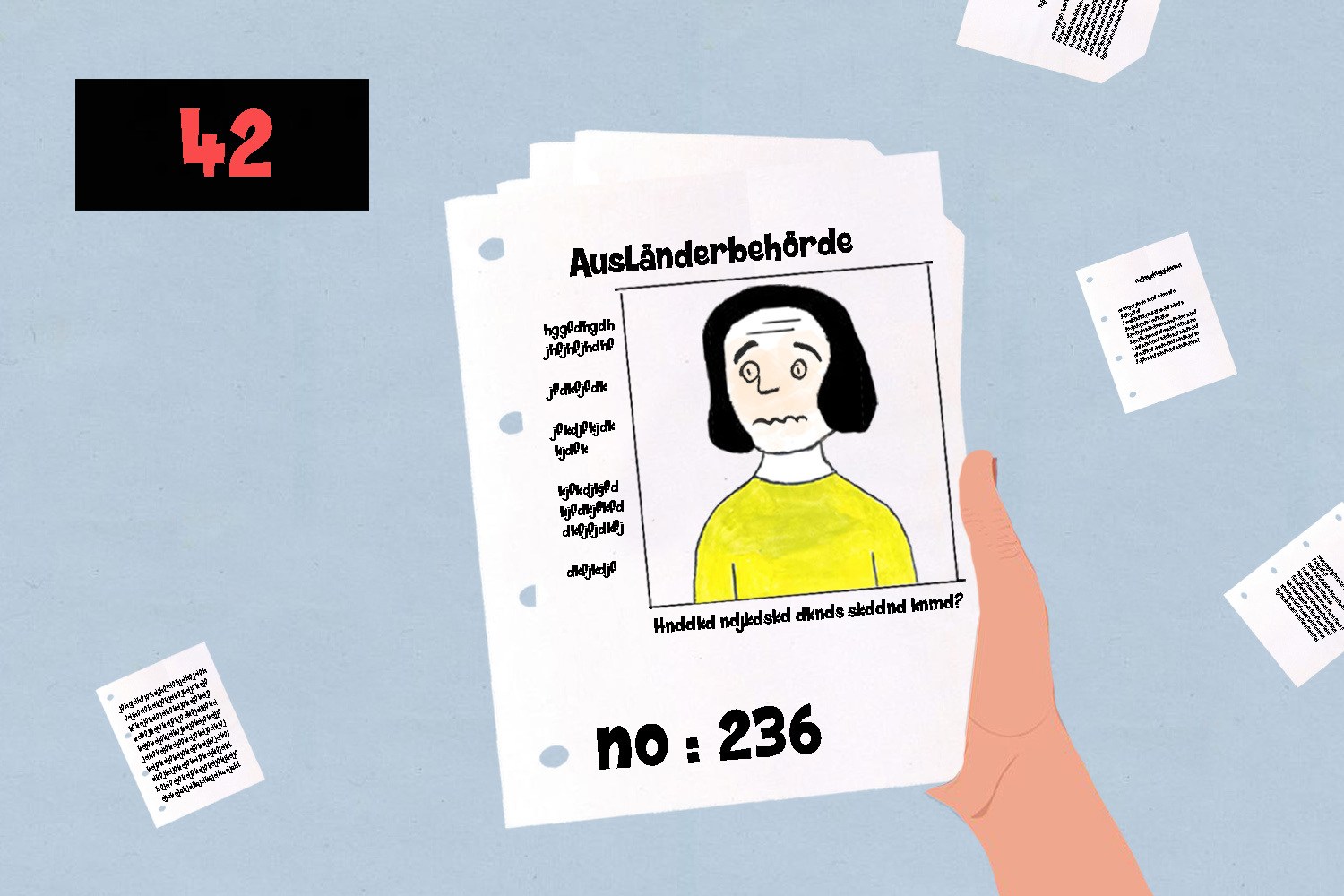 With Halloween coming up in just a month, we thought we’d embrace the everyday spooky scenarios we are constantly exposed to in Berlin. And while the standard Berliner does not get intimidated by darkness, demons, or ghosts, and, as a matter of fact, is usually rather encouraging of experiencing any amount of supernatural visions, there are still some things that make us freak out. We’ve selected 5 top examples for both your reading pleasure and party inspo – I personally can’t think of a cooler way to boost up your Halloween game than arriving dressed up as a letter from Waldorf Frommer.

Having your Bike stolen

I’ve recently heard a very accurate description of Berliner’s approach towards bikes – there’s probably no city that has such a ”love-hate relationship” with this mode of transport. Beloved by some, dreaded by others. Casually crossing a bike line like it had any less traffic than Times Square basically makes you a daredevil. Cycles are everywhere, all part of a continuous cycle – being initially sold, then stolen, then resold at a flea market. The same rhythm applies to all the bike accessories. Really, having an extra bike ring just in case is not at all superfluous.

I get way too much dopamine of pacing up the sidewalk with Elvis blaring in my headphones to abstain from it the for sake of commuting by bike, but most of my cycle-friendly friends have been there. You leave early for work or quite late to get home from a party – both scenarios are just as terrifying – and you slowly approach the location where you’ve previously locked up your bike with such care.

As you’re getting closer, you’re hoping to slowly discern the edges of your beloved bike through the mist, but you somehow fail to do it. The apprehension is overwhelming. You reach for the phone in your pocket to post a highly justifiable, yet painfully futile rant on FAB. Your trusty steed is gone. 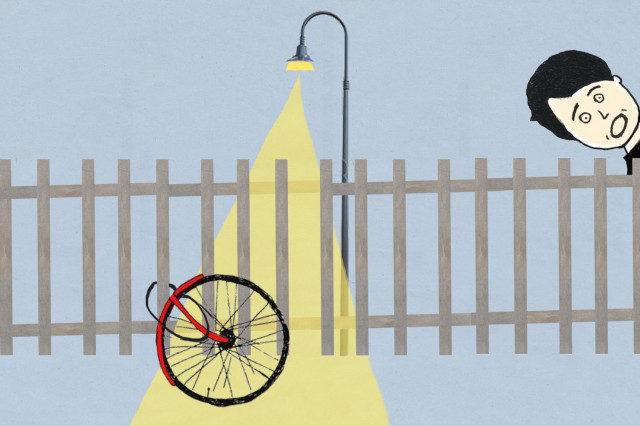 Being caught with no ticket on the U-Bahn

The next horror scenario is slightly touching on the previous theme: because Berliners are so dependent on their bikes and because entering the U-Bahn platform doesn’t require validating the ticket, the city folk tends to forget that such an action is at all necessary. The reminder, however, can be quite brutal – for no matter how laid-back can the BVG commercials be, the ticket controllers know no mercy.

You know the drill: you’re quietly sitting in your corner, glad if there’s no sign of someone’s weak stomach within your sight, and pissed that Tinder is forever crashing underground. You lift up your head, hoping to accidentally spot your brand new sweetheart the old school way, and instead you see all your fellow passengers grabbing their wallets. And, oddly enough, it’s really not a good sign.

As the casually clad, seemingly unsuspicious, but actually highly perilous to your budget dude approaches, you’re mentally saying goodbye to that new bike seat you so desperately need, which in turn again limits your means of transportation till the next paycheck. Apart from those related to the drugs and booze, that’s our main local vicious cycle. 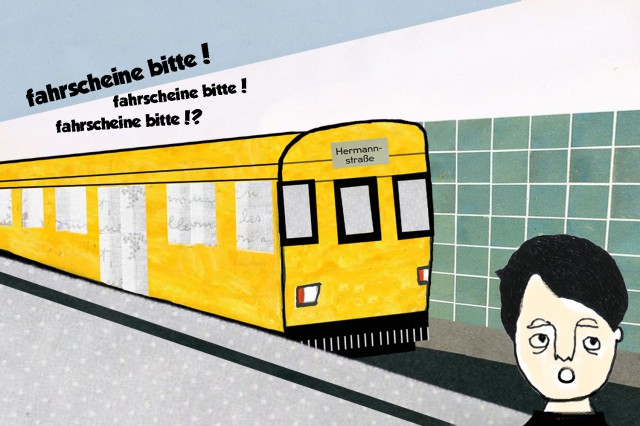 A Visit at the Ausländerbehörde

There are only so many reasons I’d wake up at 5 and rush like crazy to arrive at a place in the other half of town and intensely hate the four people that have already managed to queue up. One such occasion would be a Nick Cave gig, the other – Ausländerbehörde. The sheer dread of this place, to those of us who are blessed holders of an European passport, is impossible to comprehend.

Saying that it’s like Bürgeramt, only worse, equals saying Monster Ronson’s is like the karaoke in Mauerpark, only queerer. Doesn’t even begin to do the thing justice. 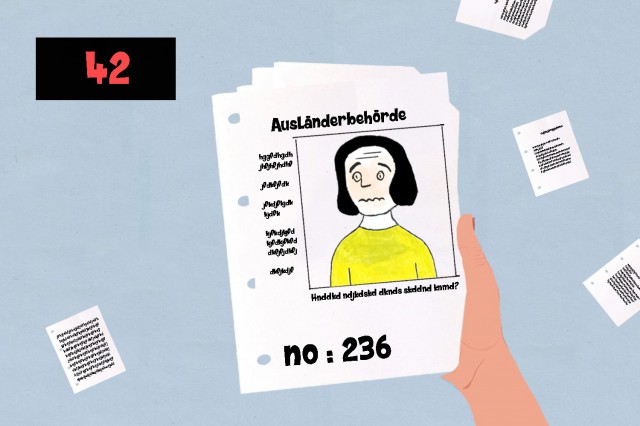 A Letter from Waldorf Frommer

There’s a bunch of letters that make no one happy: the famous Rundfunkbeitrag, some unexpected intelligence from Vattenfall, or passive-aggressive notes from neighbors who seem to be convinced you have no intentions of forwarding them their Amazon order that the ever competent delivery guy left at your place.

But there’s one epistle that just hands down outranks them all – and the sender is – you guessed it – Anwaltskanzlei Waldorf Frommer. It is indeed hilarious how most people will instantly recognize this firm no matter how little they had to do with law here. It is the company that tracks down most of the illegal movie downloading and sharing from the Internet. It is the substance of our nightmares, a curse suitable for every enemy.

Fainting is still an understated reaction if you ever see that name on the envelope, especially after you’ve heard all the urban legends about the outrageously high fines and the cost of a lawyer that could defend you if it indeed wasn’t you attempting to save up on Netflix. No chill. 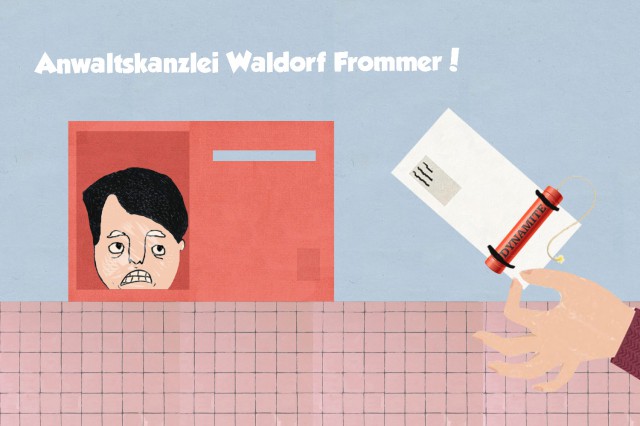 Anticipating Rejection from a (Berghain) Bouncer

Few things in life are certain. But people learned to come to terms with that, and nothing proves this point better than the seemingly interminable queues in front of Berghain. You might pretend like you’re all chilled out when you just arrived, but as time goes by, it starts to dawn on you that you just might be frittering away the precious hours of your weekend while wearing way too tight latex pants that aren’t exactly helping with your nervous sweating.

What if your painstakingly practiced impression of a cool dude isn’t quite enough? The sombre Berghain bouncers aren’t like the kind-hearted females  – they won’t be fooled by a pretty face. They can look right into your soul and have an x-ray in their eyes, so rest assured that the silly green boxers your mum sent you will be given enough attention. But actually, don’t be scared. What’s the worst that could happen? Doesn’t matter anyway. No one has the sobriety to acknowledge your humiliation. And in case they do – if they’re locals, they could not care less about your misery. 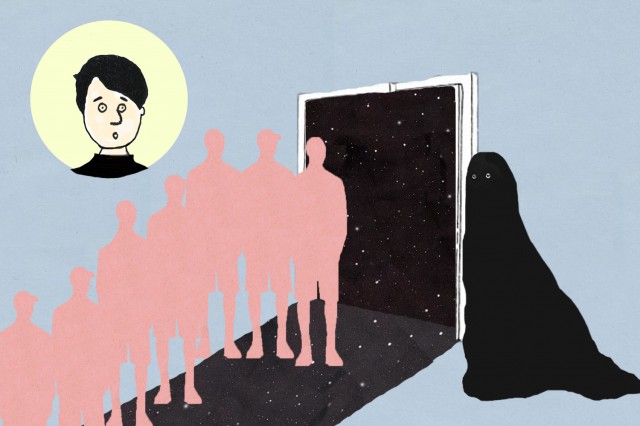