A Storm of Thoughts & Threads: Lost Words by Chiharu Shiota 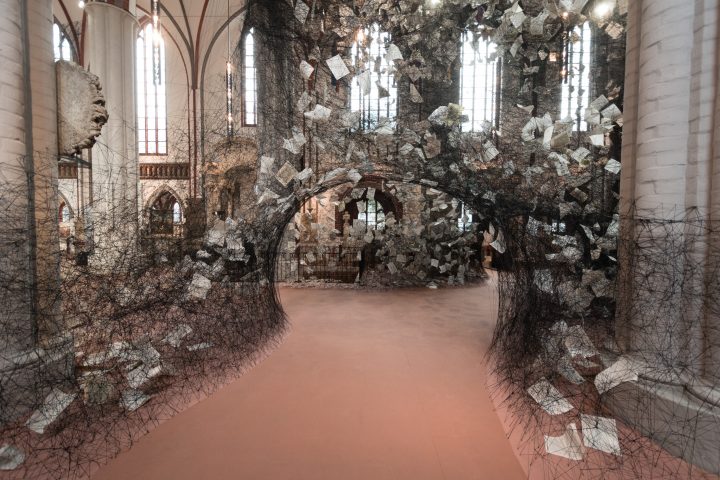 Many years ago I encountered Chiharu Shiota’s work in Berlin and fell in love with her world of black wool threads.  Today I am really happy that the Berlin-based artist – even after her international success – is still exhibiting new works here in town regularly.

Inside the rather traditional St. Nicholas church museum located in the Nikoleiviertel where you would never expect to encounter her newest eye-gasmic art piece. To the occasion of the 500-year anniversary of the Reformation, Chiharu Shiota has created a spatial installation titled Lost Words transforming the whole church into a spider web of thoughts. The pages captured by her thread are the Ten Commandments in several languages. This relates to the Reformation in the sense that before that, the Bible was only read and taught in Latin which made religion only discussable and understandable for the rich and wealthy.

Even if you are not a religious type, Shiota’s work shows you the power of the written word. It shows how a simple idea, the idea of the translation of a sacred text, can have a lasting impact on the whole world as we know it. The address, more pictures, and a video of the making of the art piece after the jump. 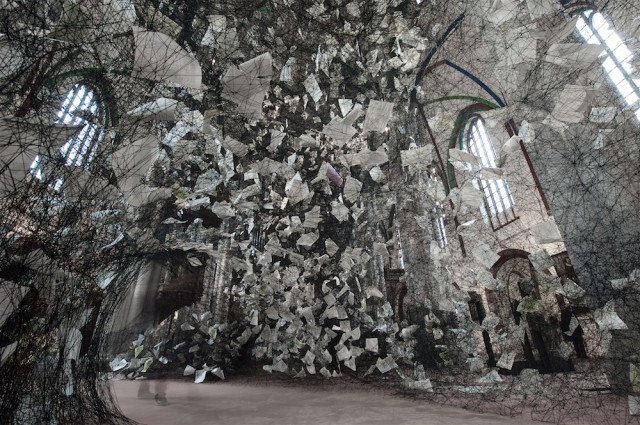 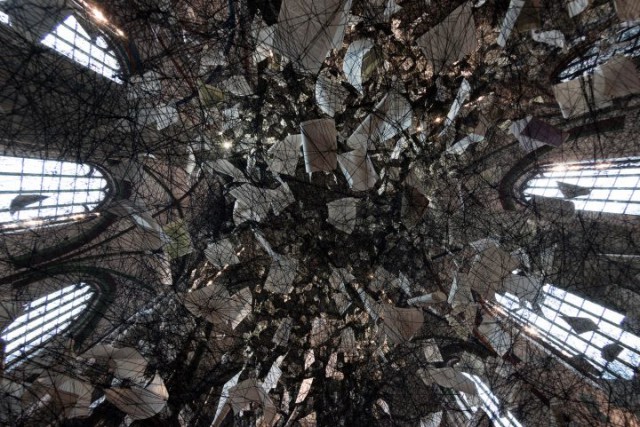 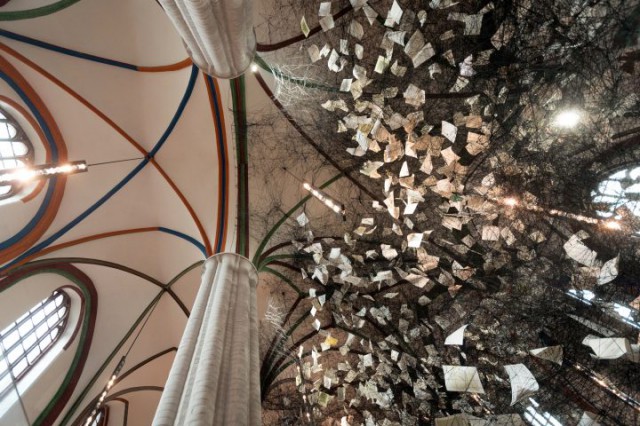 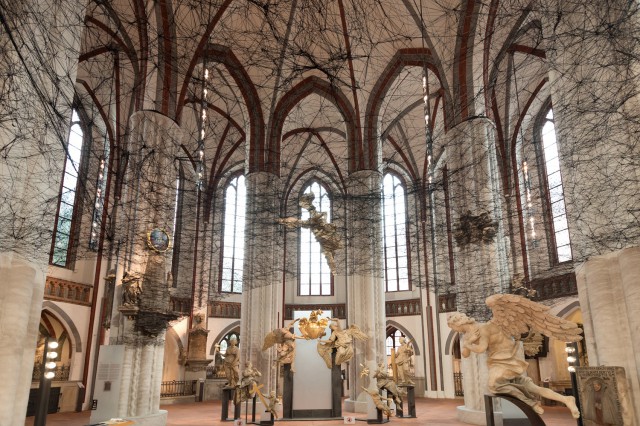