Jessica – the female Jesus is coming back at Volksbühne Berlin 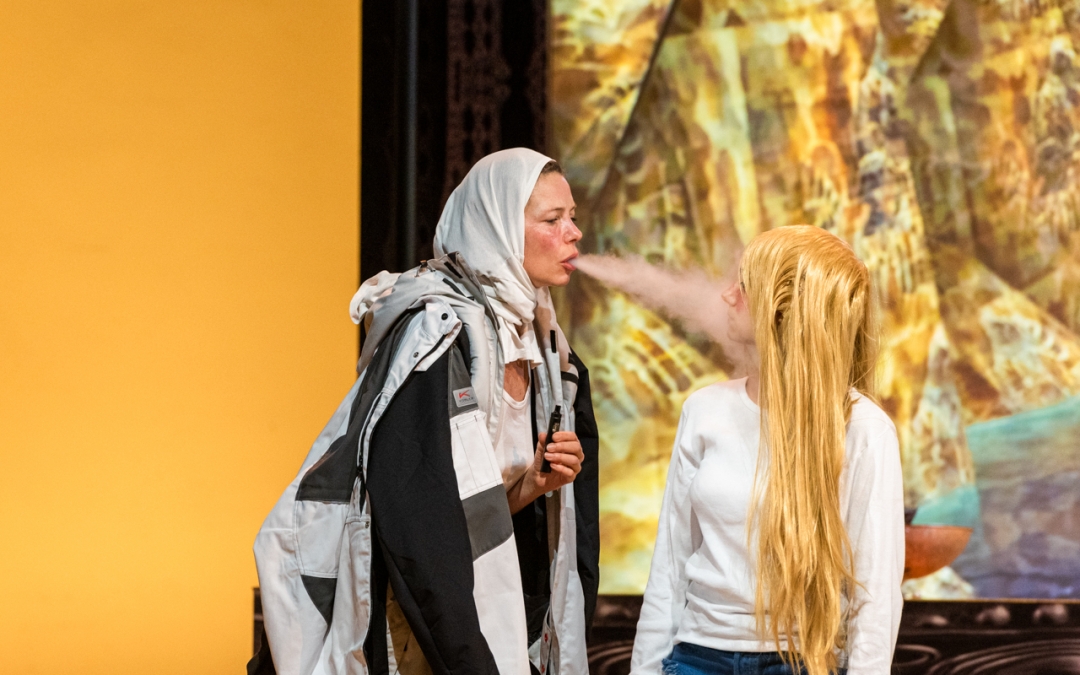 Have you ever imagined taking hallucinogenic drugs before going to watch a theater play? In the new piece Jessica an Incarnation by Volksbühne Berlin you can have the experience of playing a video game of the world on LSD without taking any. Worth it? Depends on your stamina.

The new play “Jessica an Incarnation” is a futuristic story of what seems like a pretty close present. Jessica is a modern time prophet, the female Jesus, the messiah everybody waited for to save them. She looks like she just escaped from the last burning man or could co-star with Nicole Kidman in “Nine perfect strangers”. In the play she is a futuristic shaman that has founded a biotech company in silicon valley that promises to get you in touch with all of your long gone and repressed memories. Maybe even from their previous lives. Without spoiling too much from the story, which gets a bit confusing at some points, the theater play by Susan Kennedy and Markus Selg is rather unconventional if you have never seen anything from them. Instead of live speaking, the actors are all dubbed by other pre recorded voices where they have to lip sync on it. What might sound like Rupauls Lip sync for your life, has actually quite a disturbing effect on the audience. It makes the actors look and feel even more artificial. Like real live avatars or video game characters. Generally the whole play seem like a super-indie-video game. The whole set and the artwork is based on the up and coming 3D and AI-Artwork aesthetic. Still being a bit ironic with it and not too literal of course. Can artificial intelligence and avatars take over good old fashioned theater? Well, here everything seems like they already did.

The artistic duo of the director Susanne Kennedy and artist Markus Schwelg have already impressed me quite a lot with their piece Coming Society at Volksbühne in 2019. There you the audience could enter a futuristic society and walk around the stage with the performer.  That was a still time where you could still go to the theater and have an interactive performance up close.

So I had high expectations for their new performance and I have to say that I wasn’t disappointed. Go watch it if you love freaky art that gives you new visual impulses and critically reflects  the current trend topics of tech-spirituality, new shamanism and digital reality. The whole play is in English with German subtitles. The only thing that for me personally was a bit dragging was the slow speed the avatar-performers and the whole narrative enfolded. I felt like watching a video game with a really slow upload time at some points. But maybe that was necessary to create the false illusion of a false life in a false world. 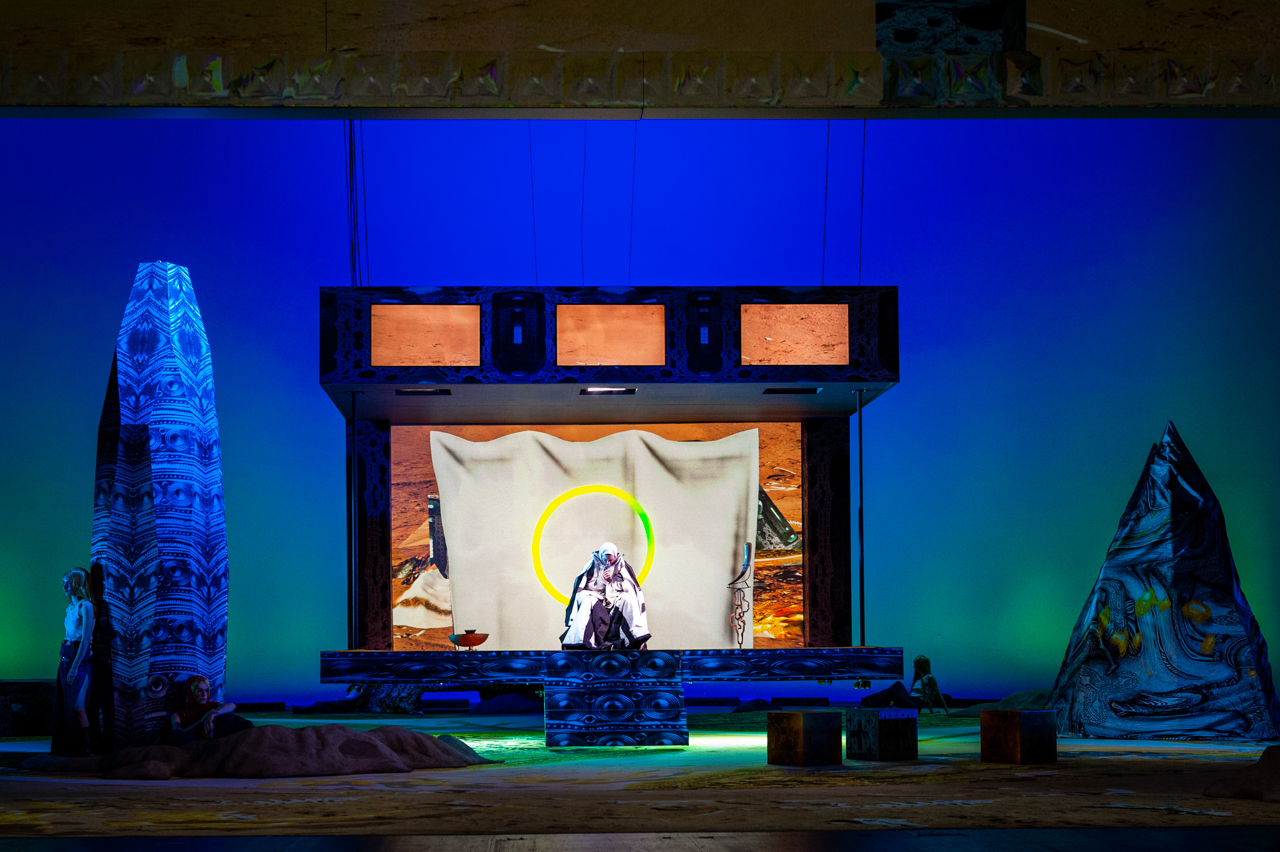 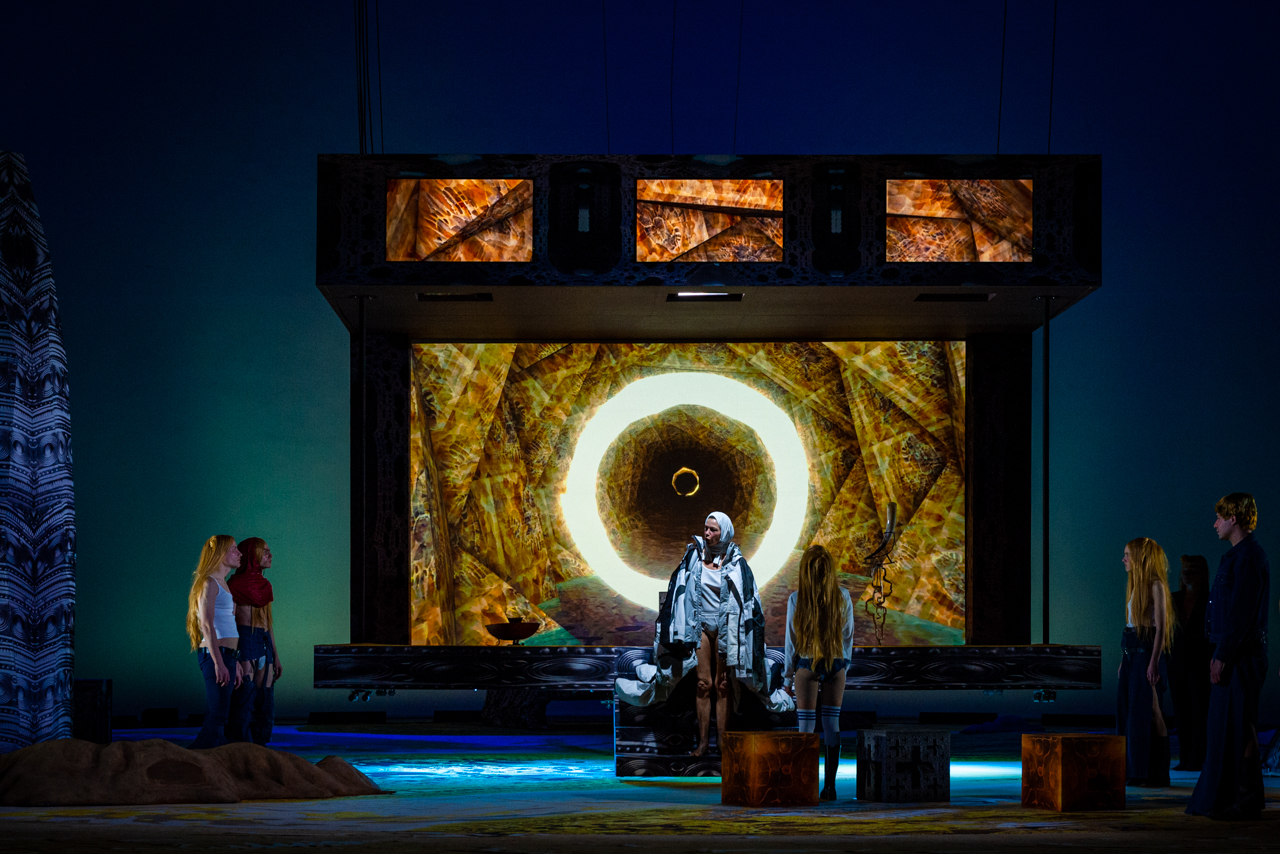 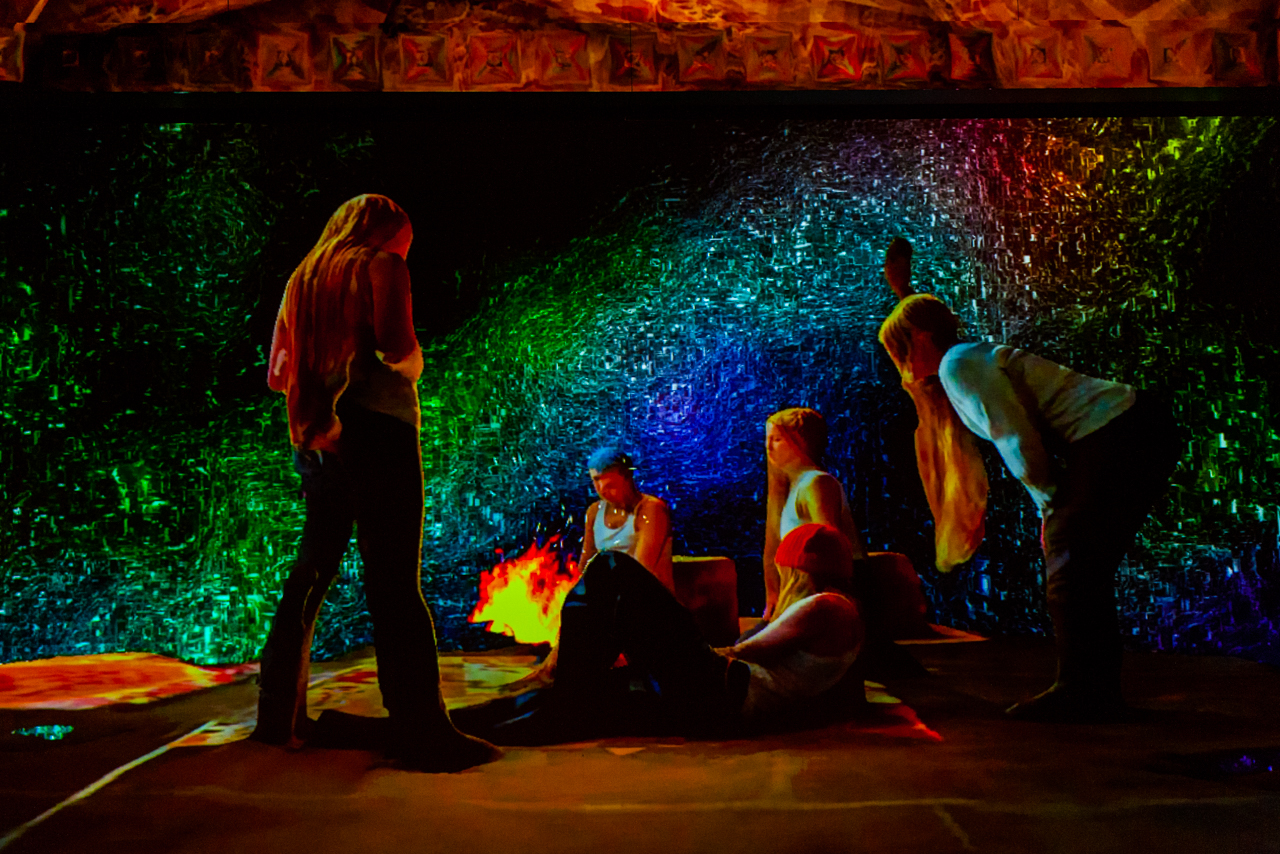 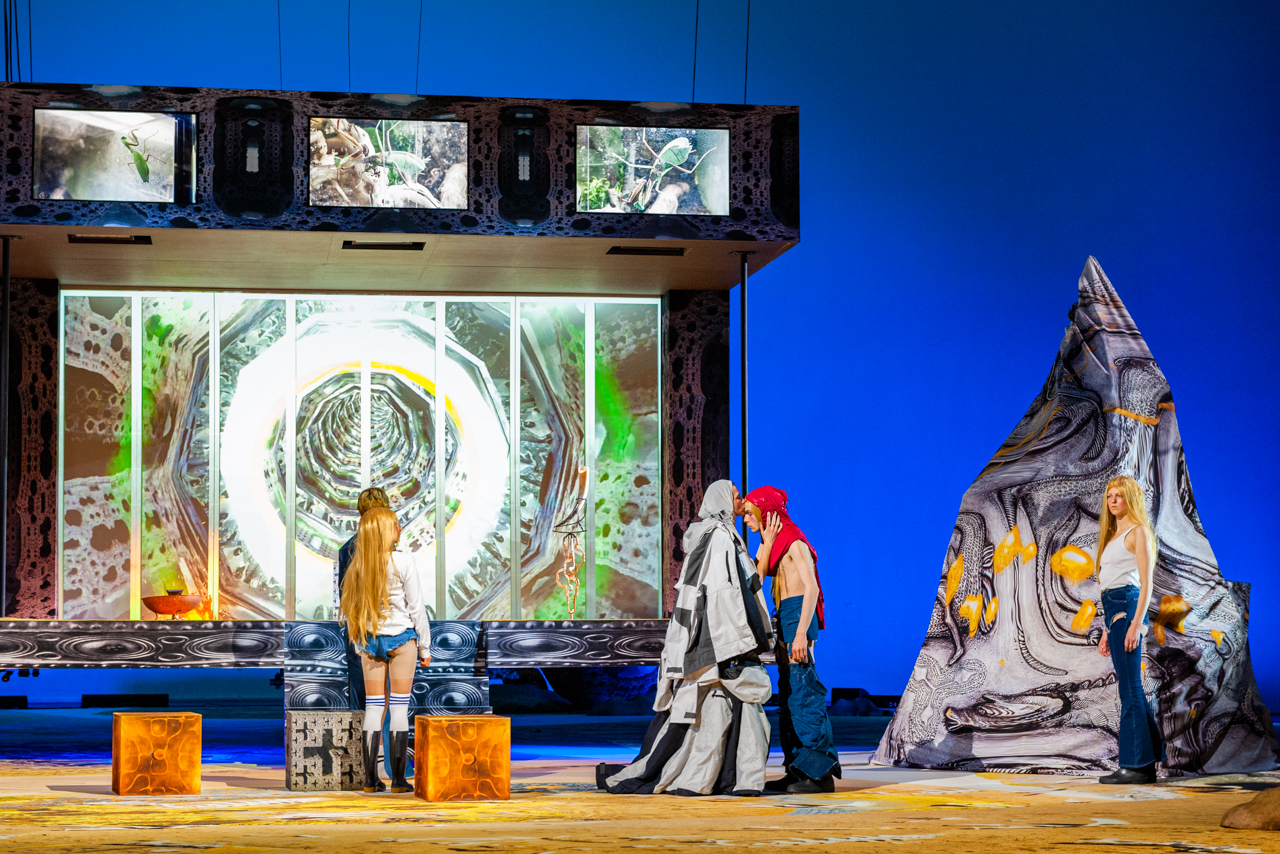 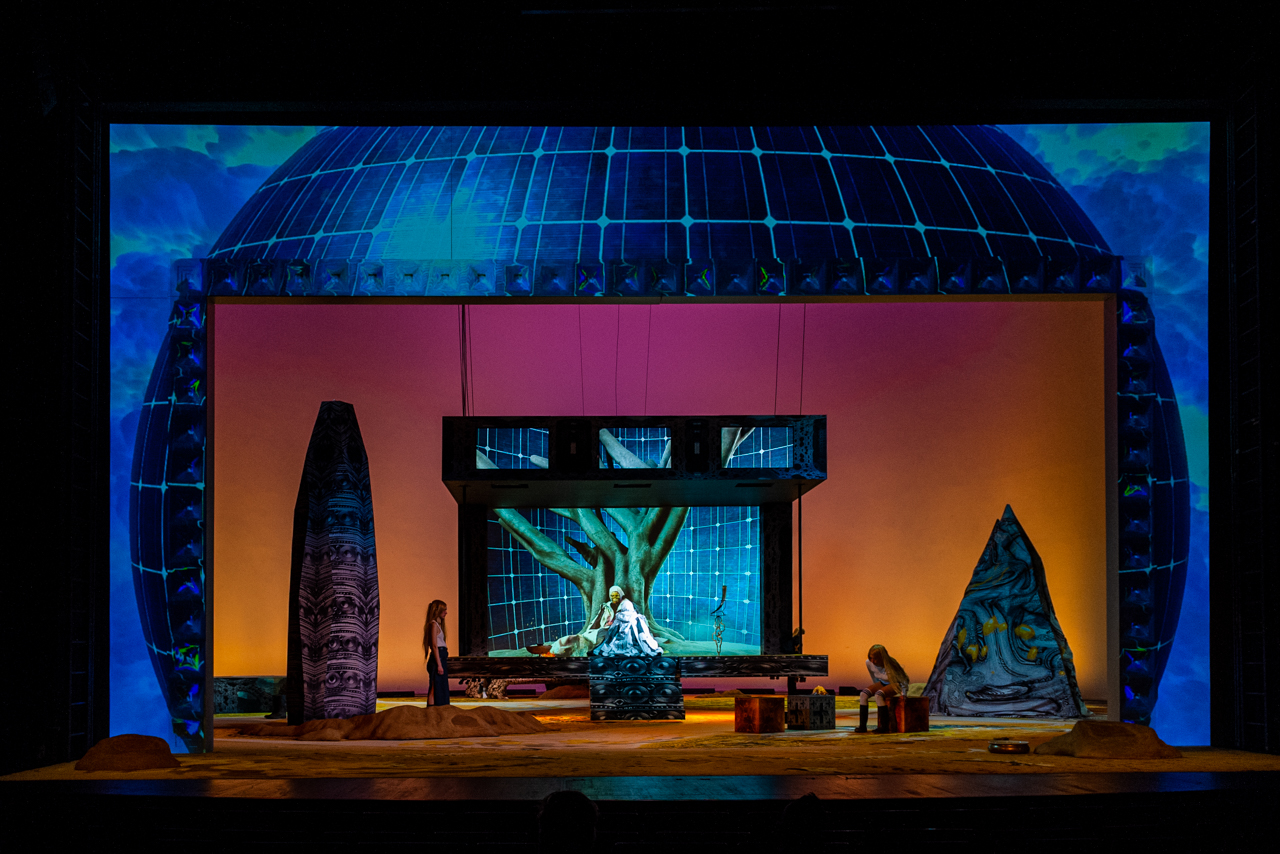 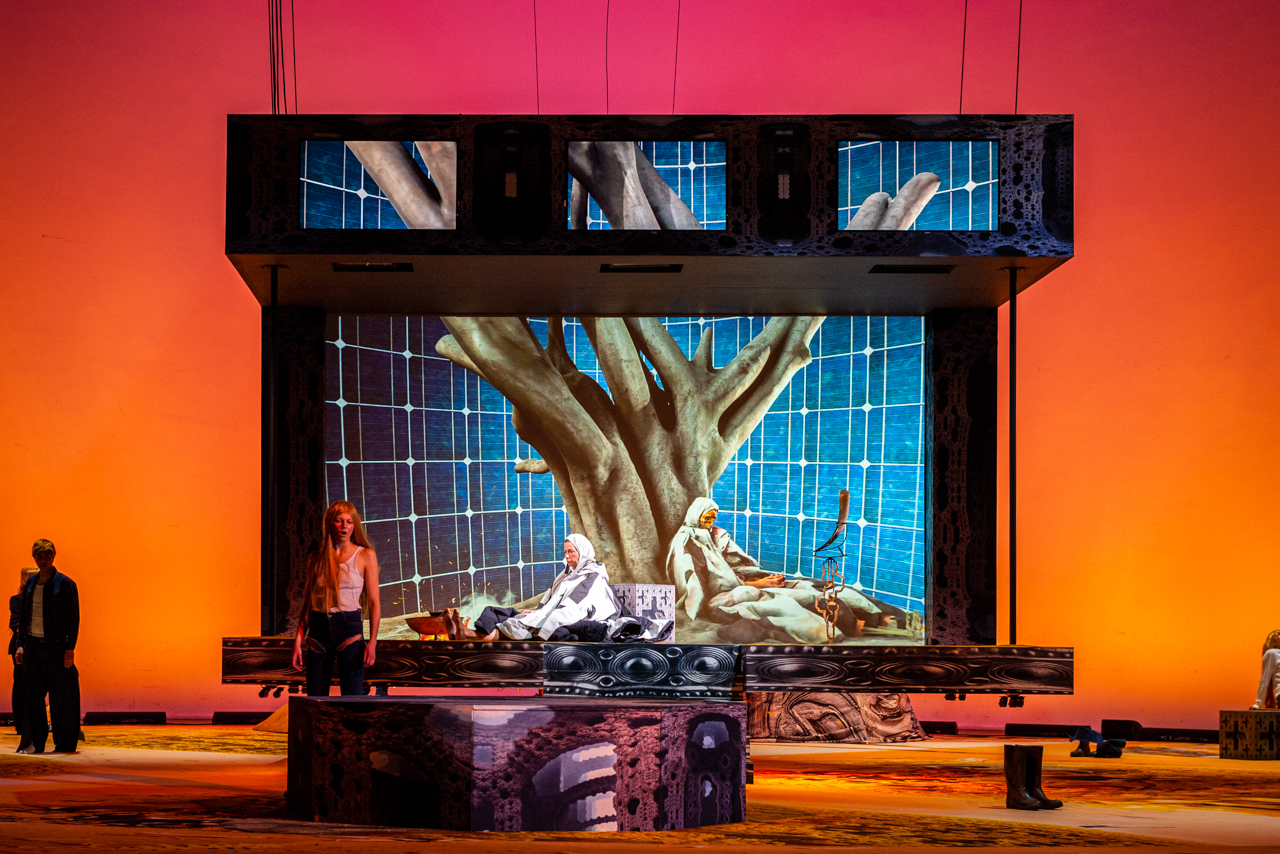 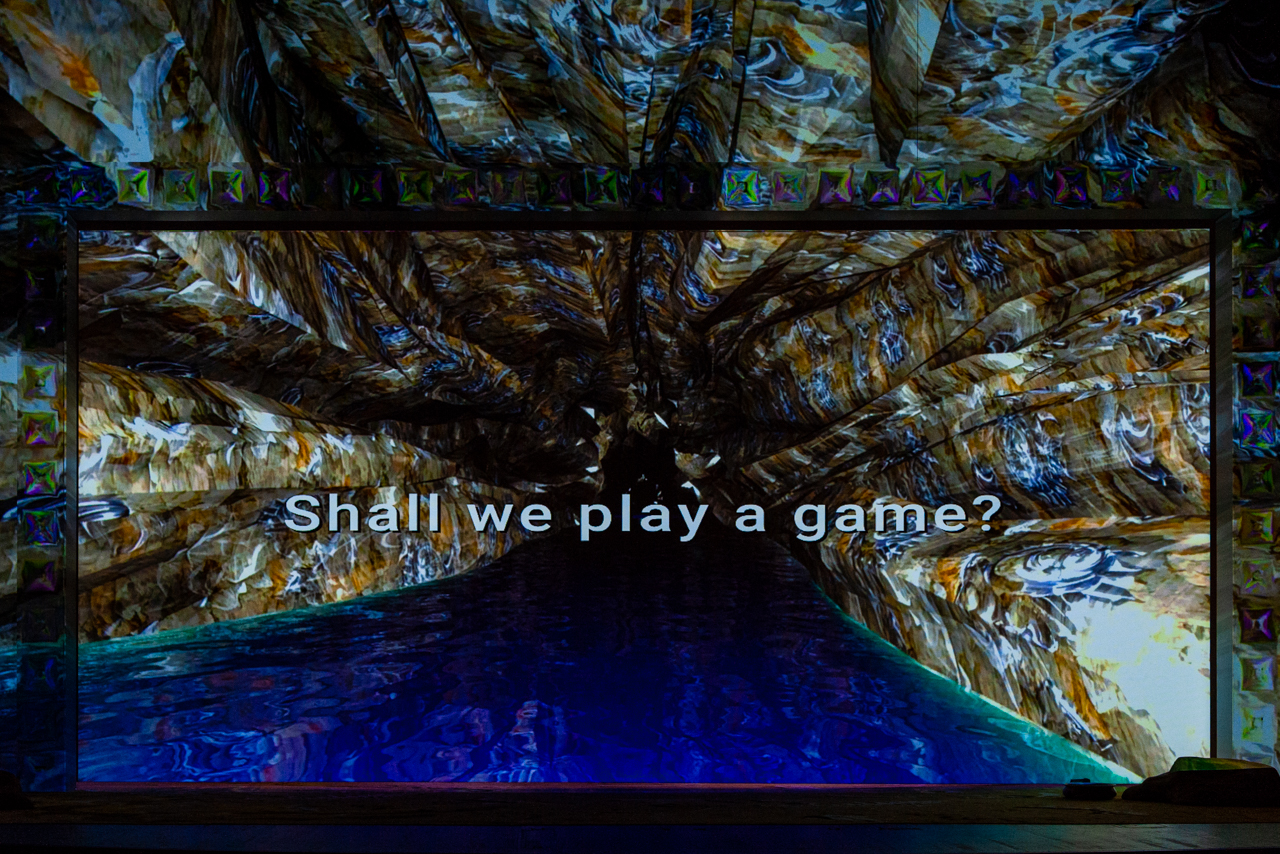 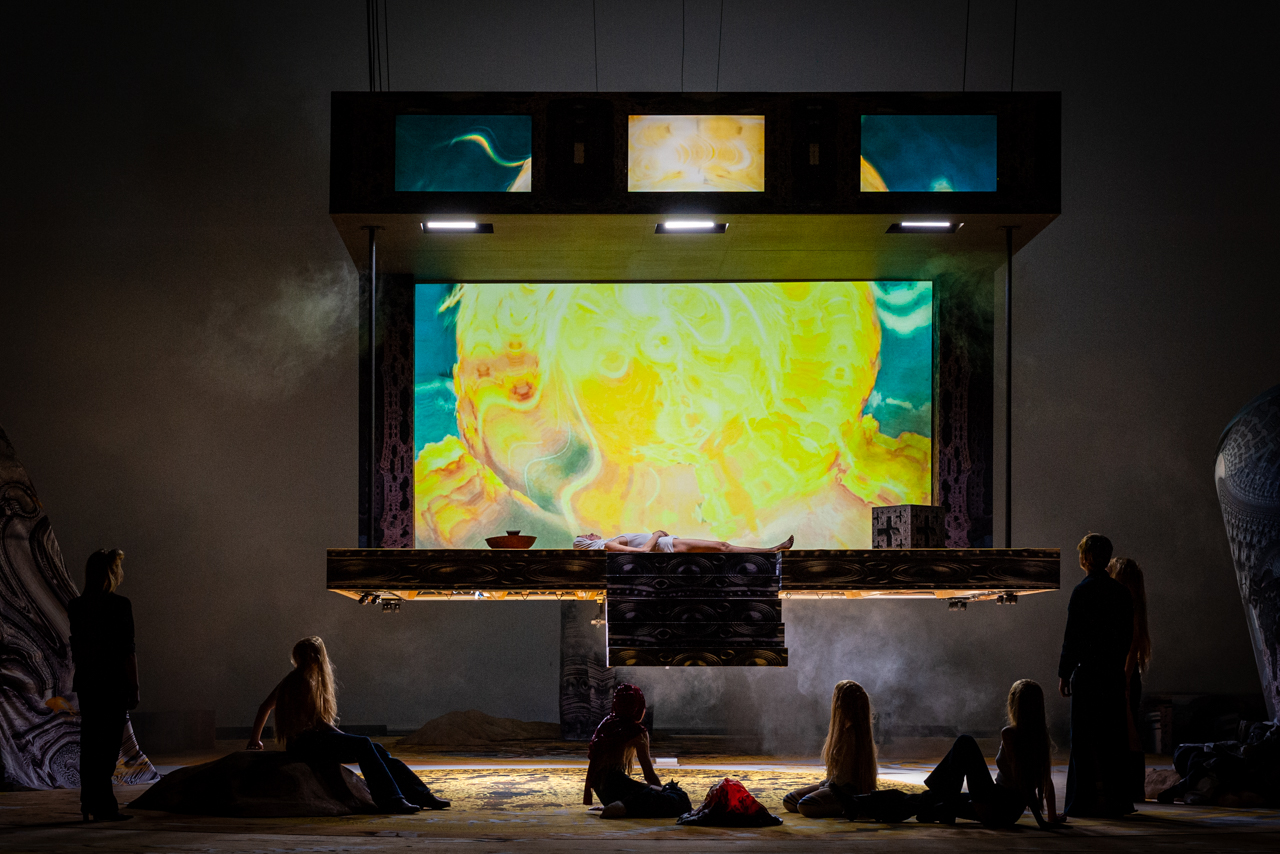 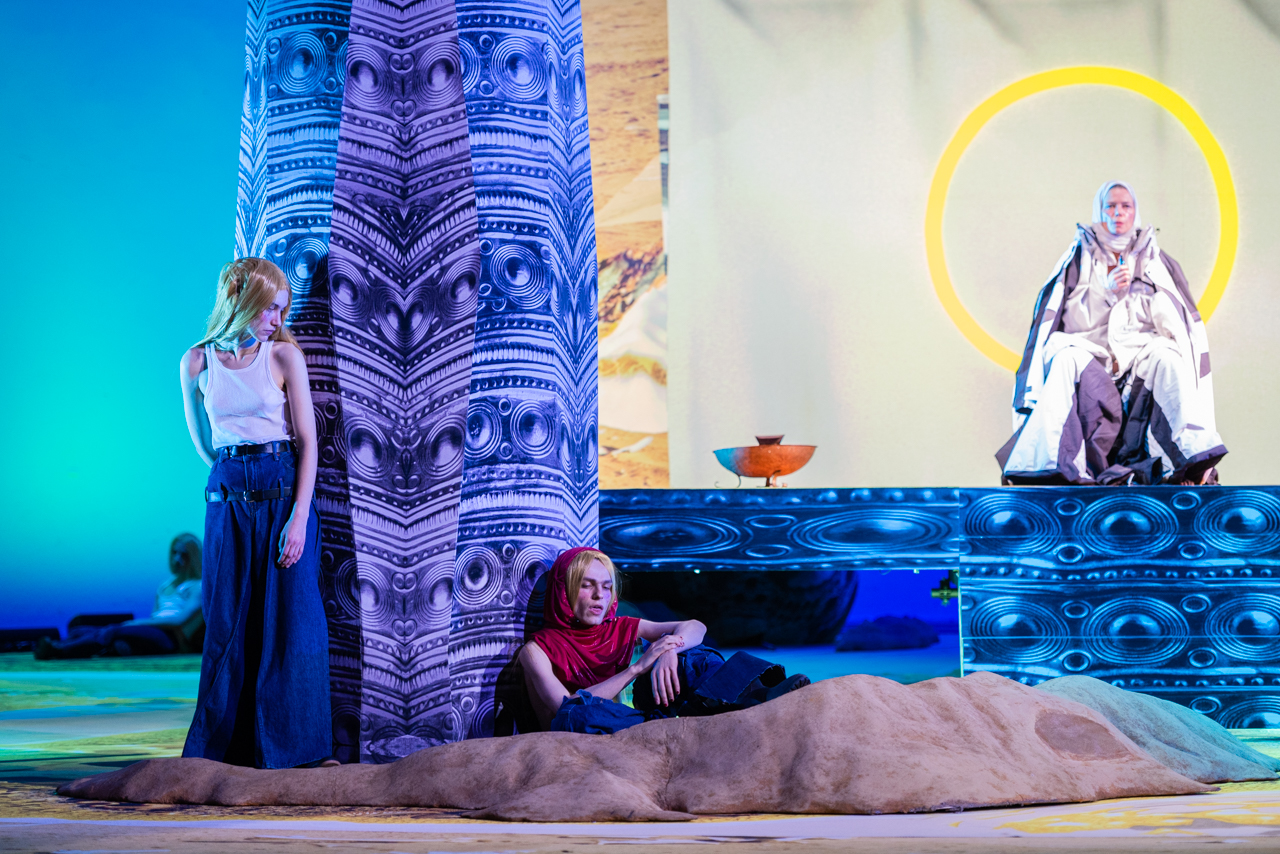 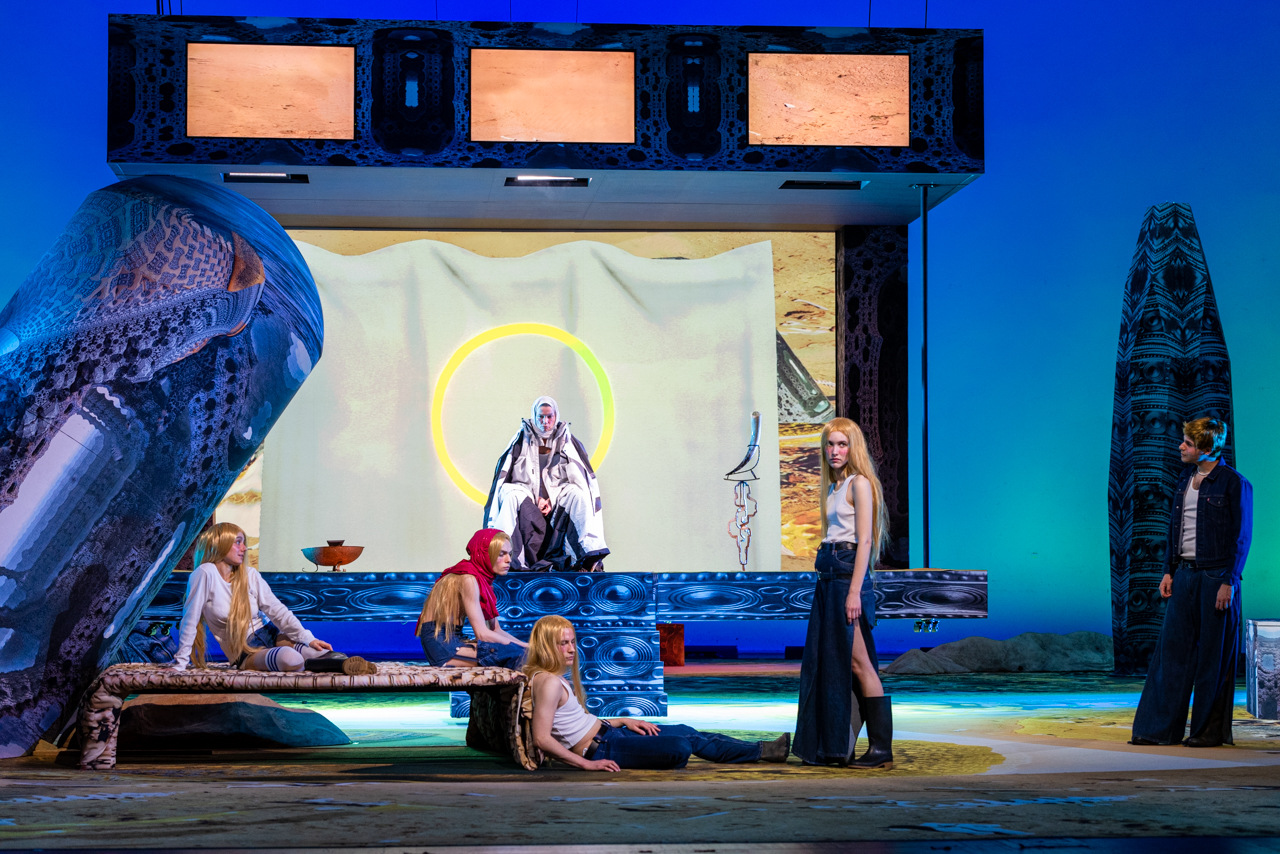 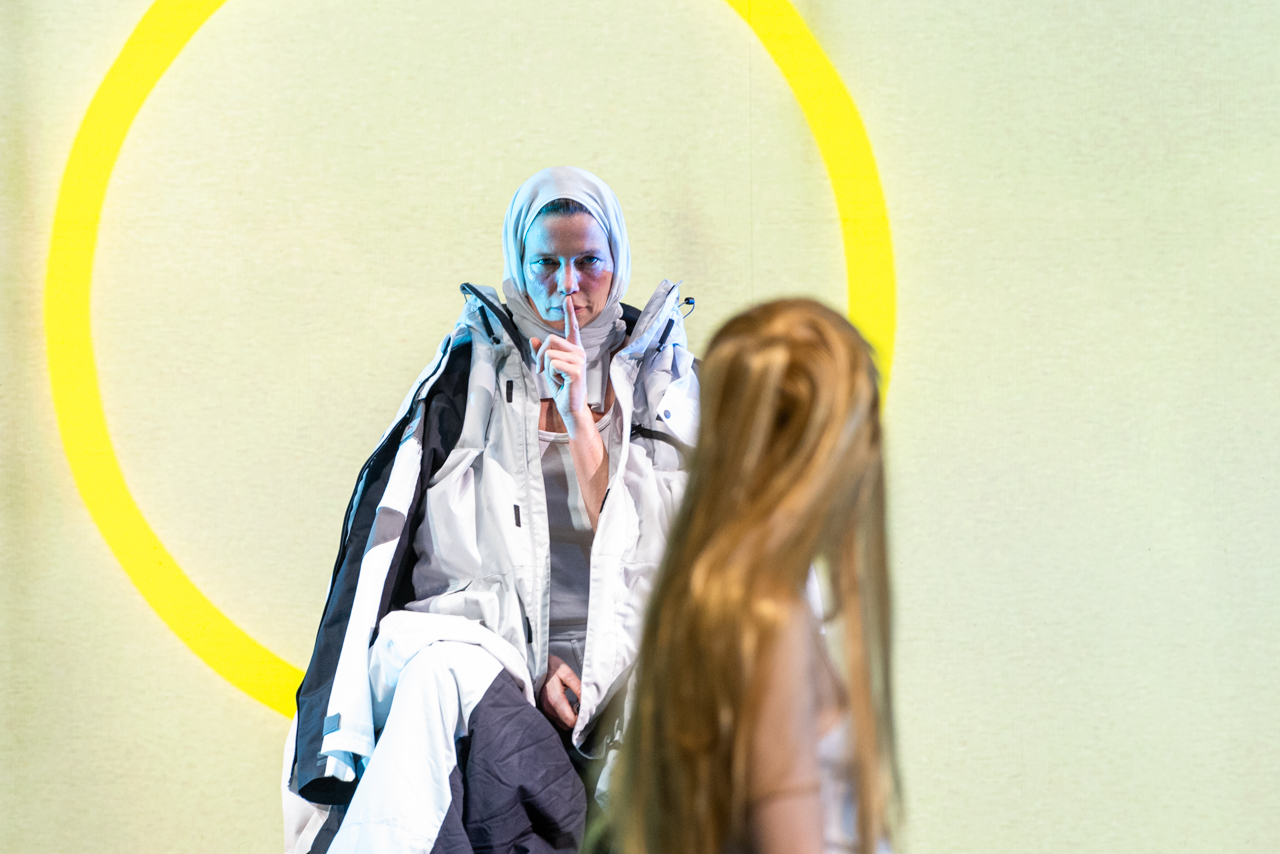 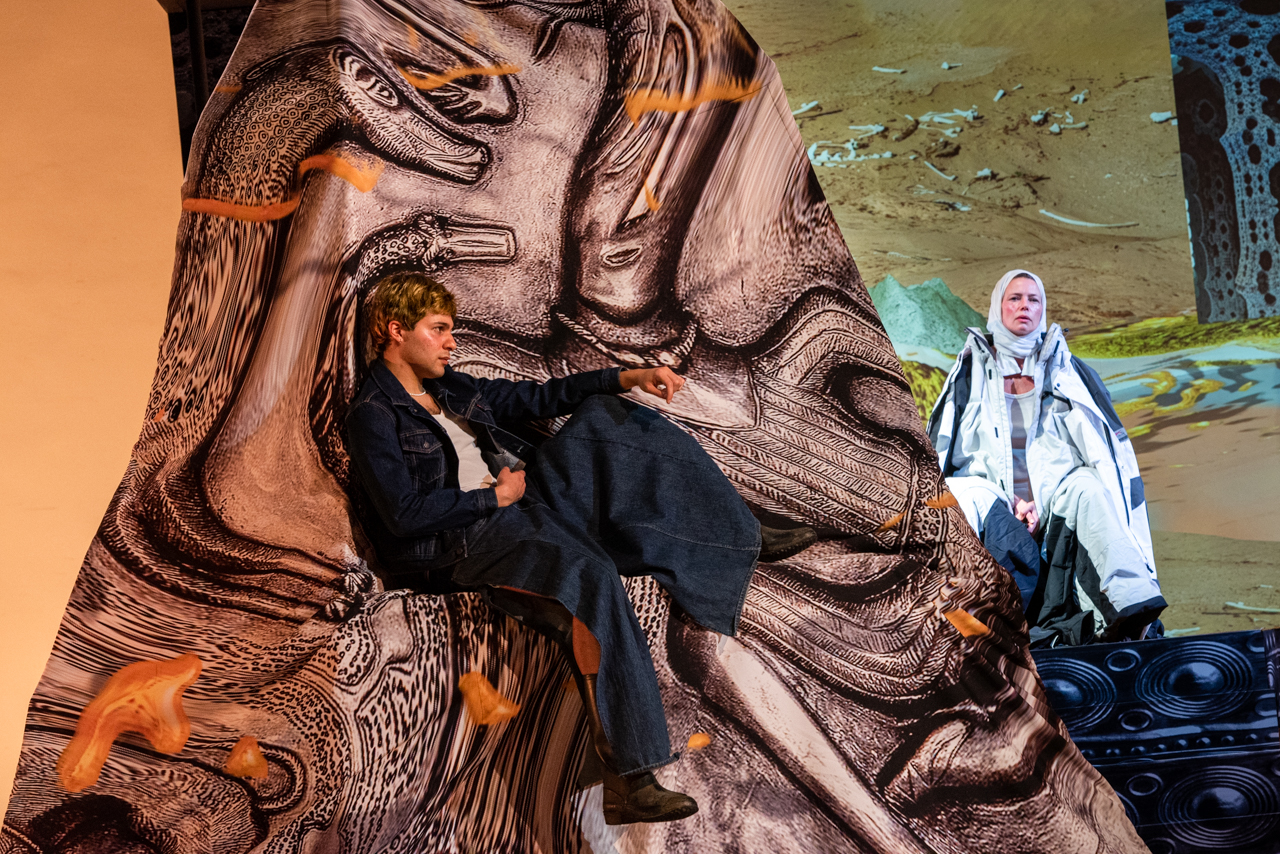 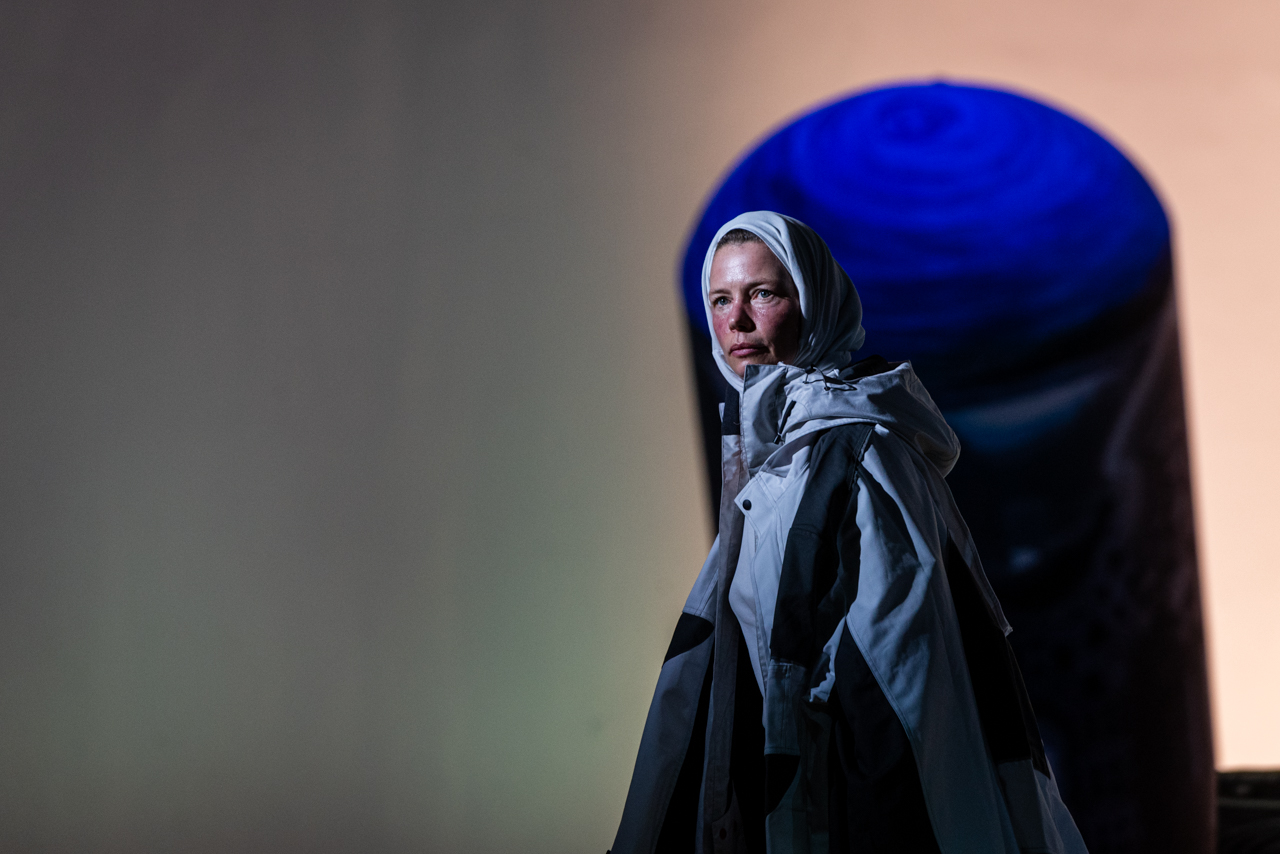 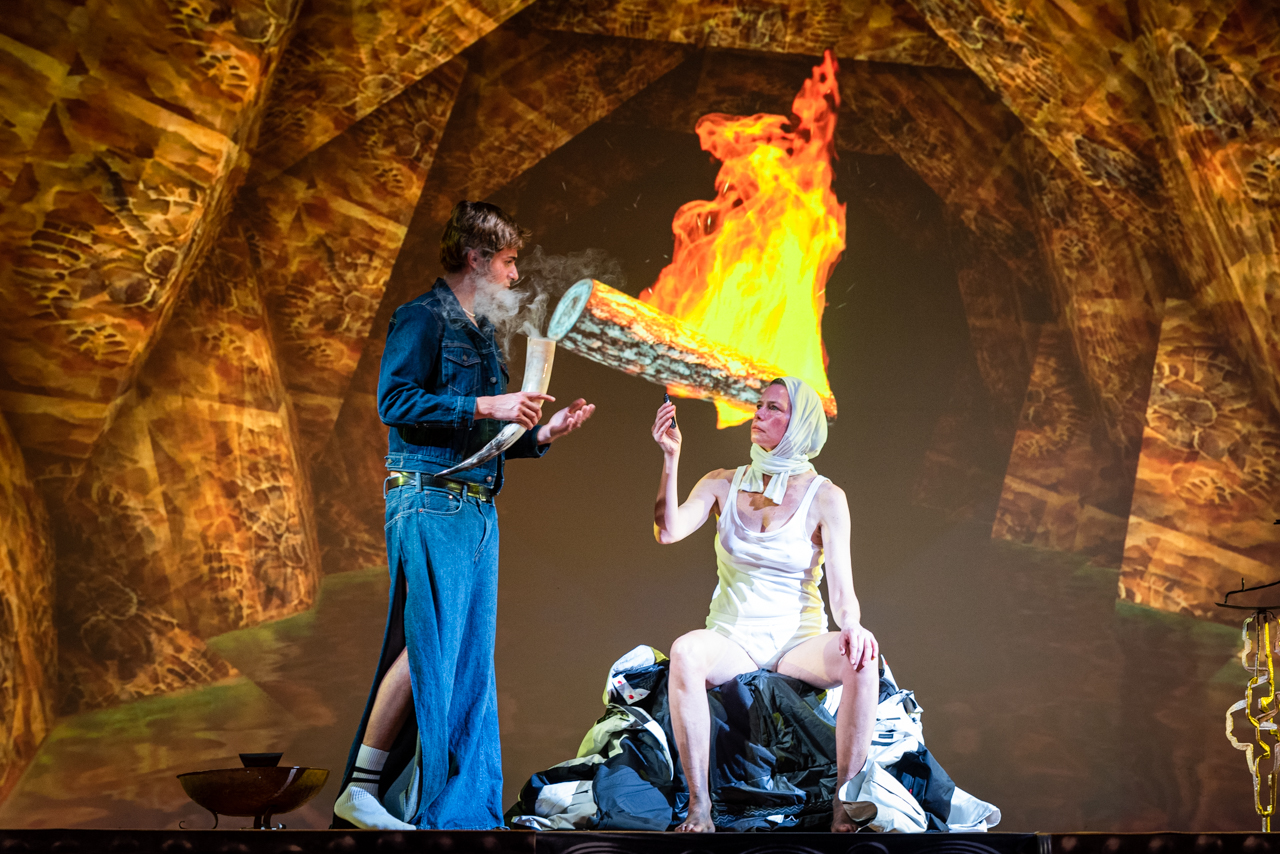 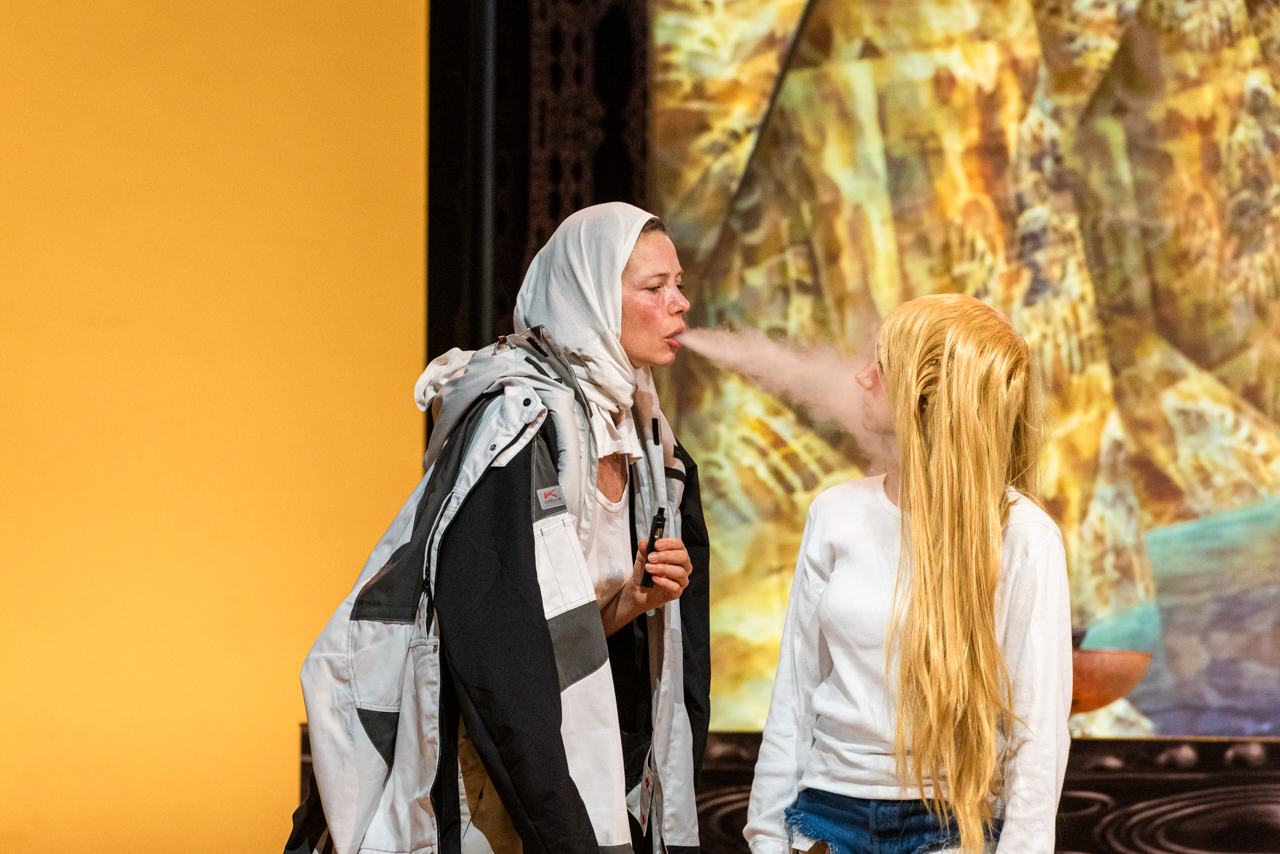 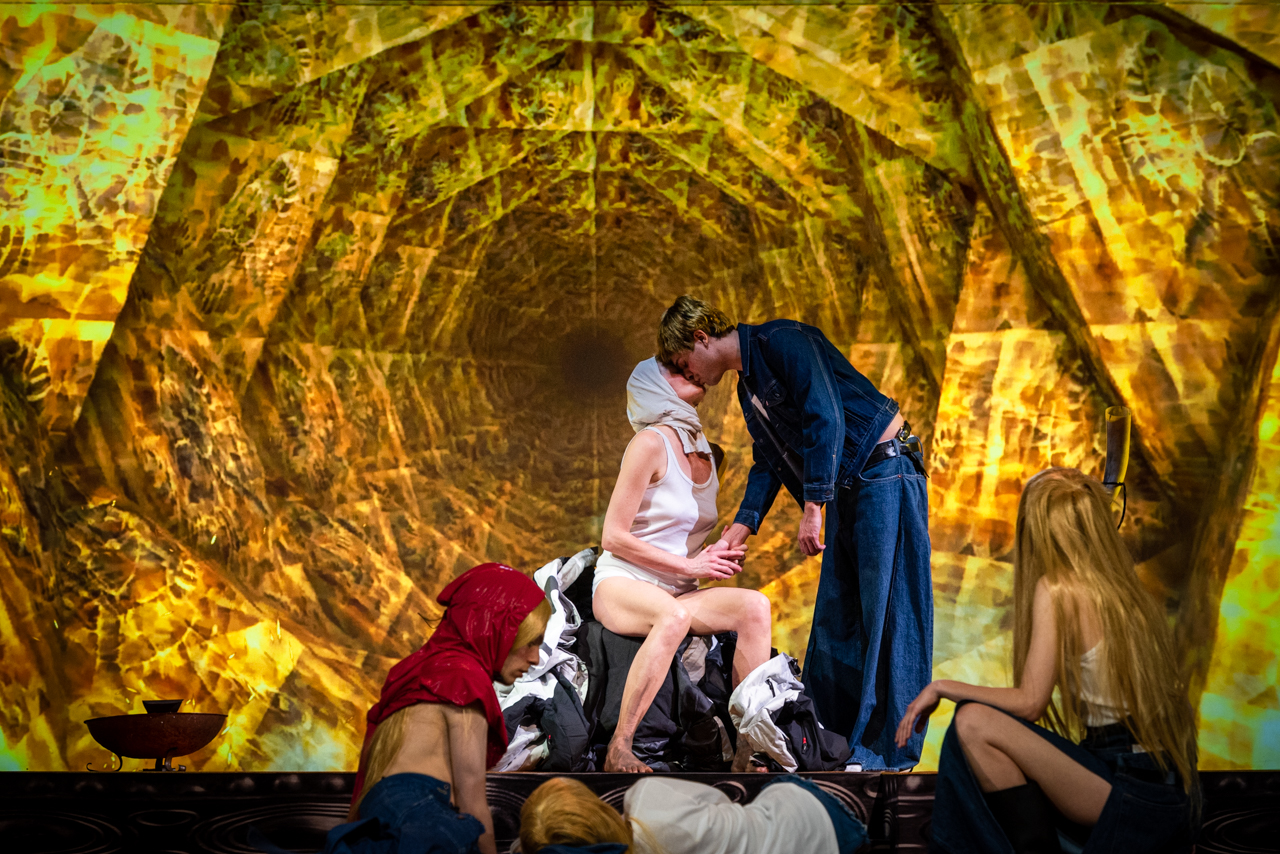 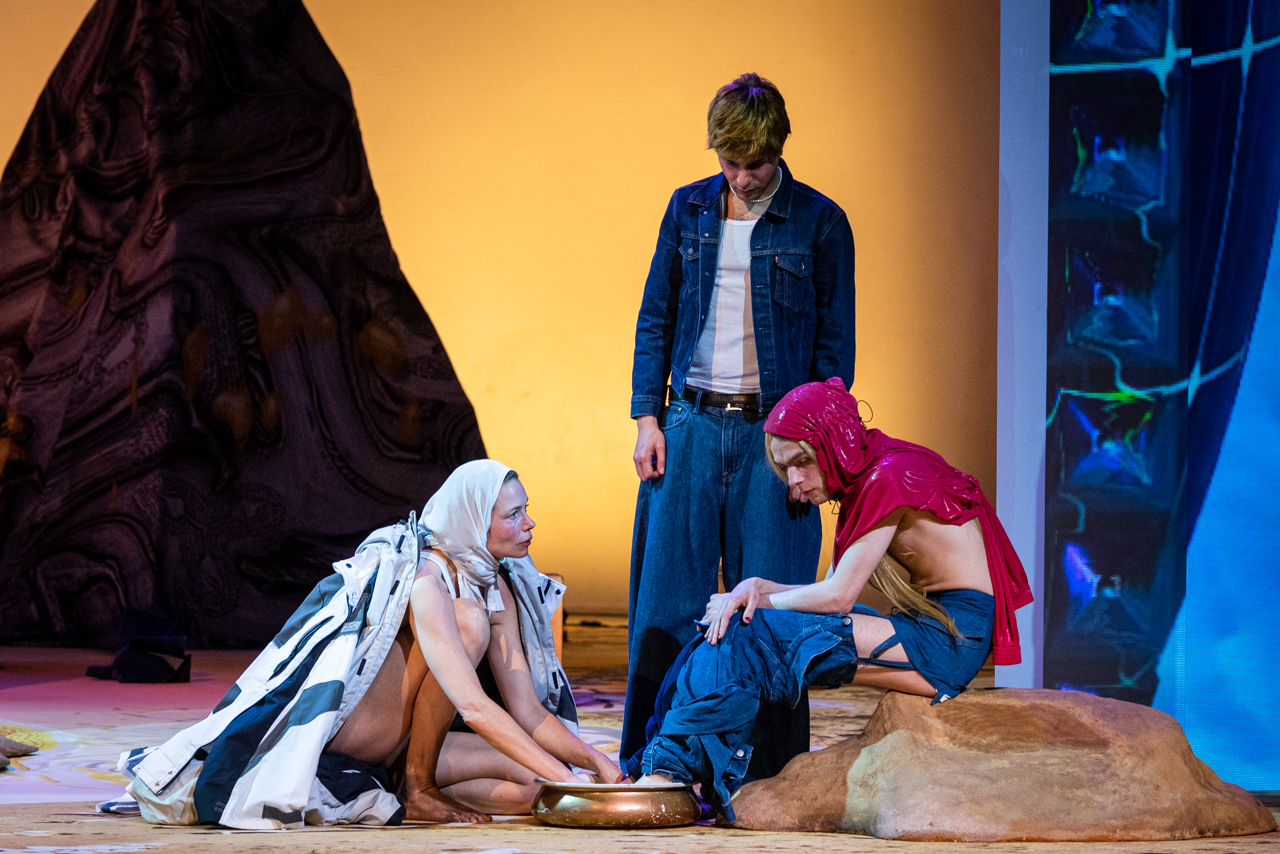 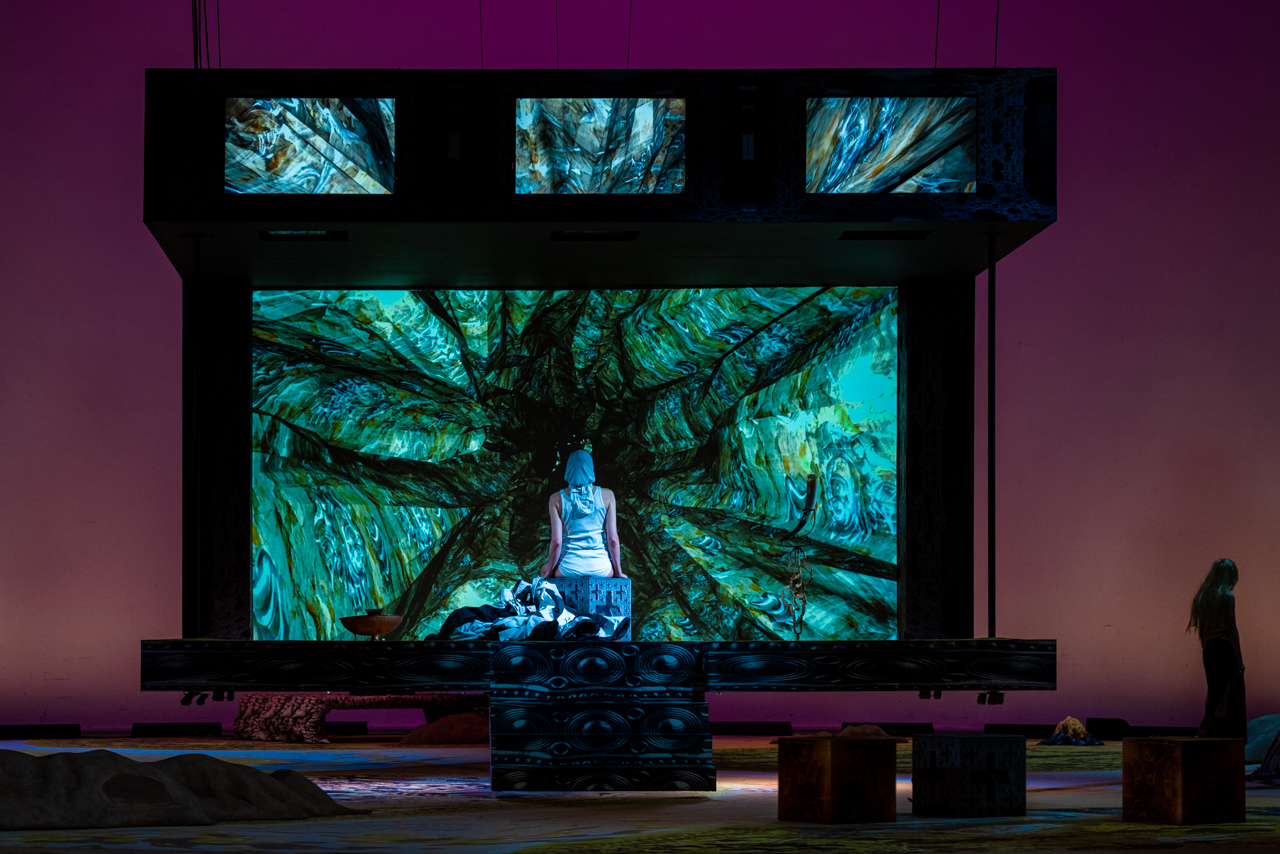 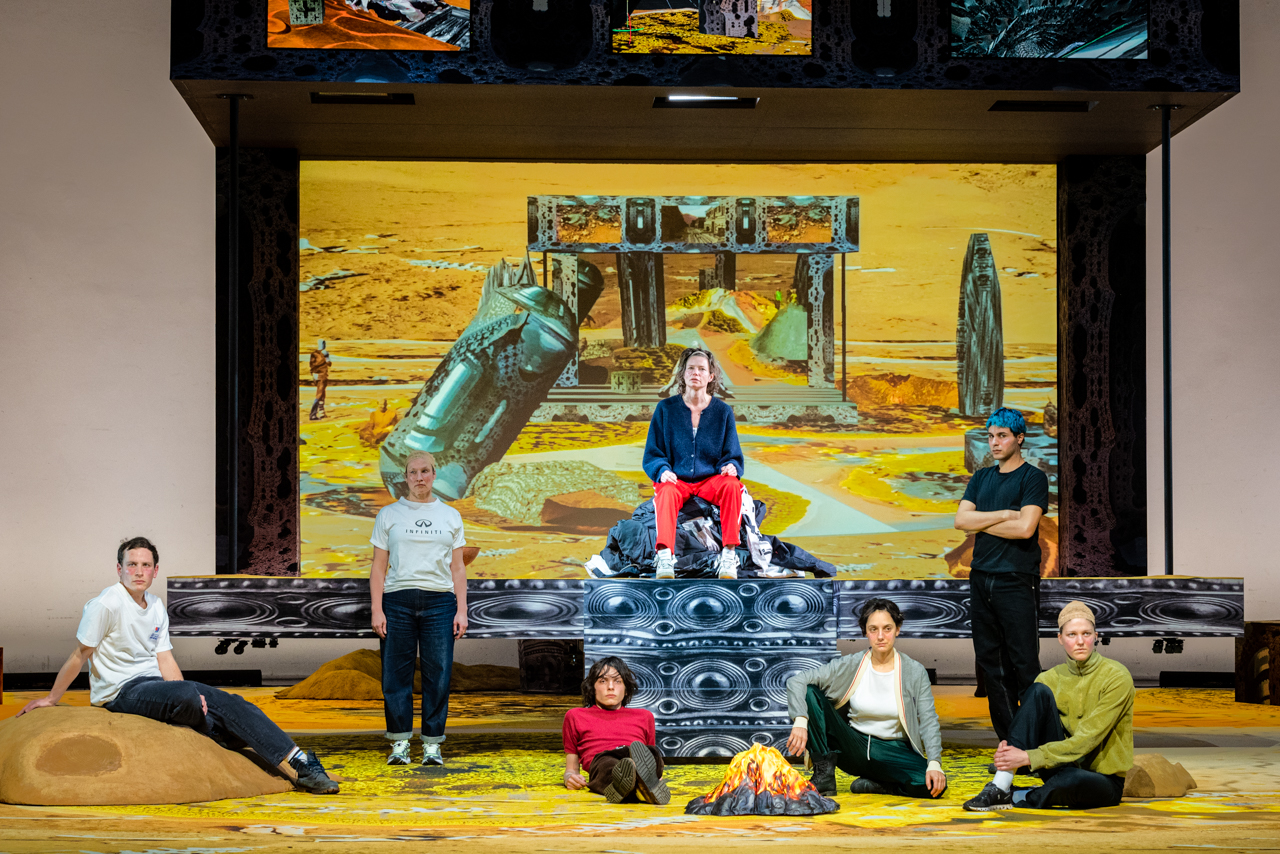 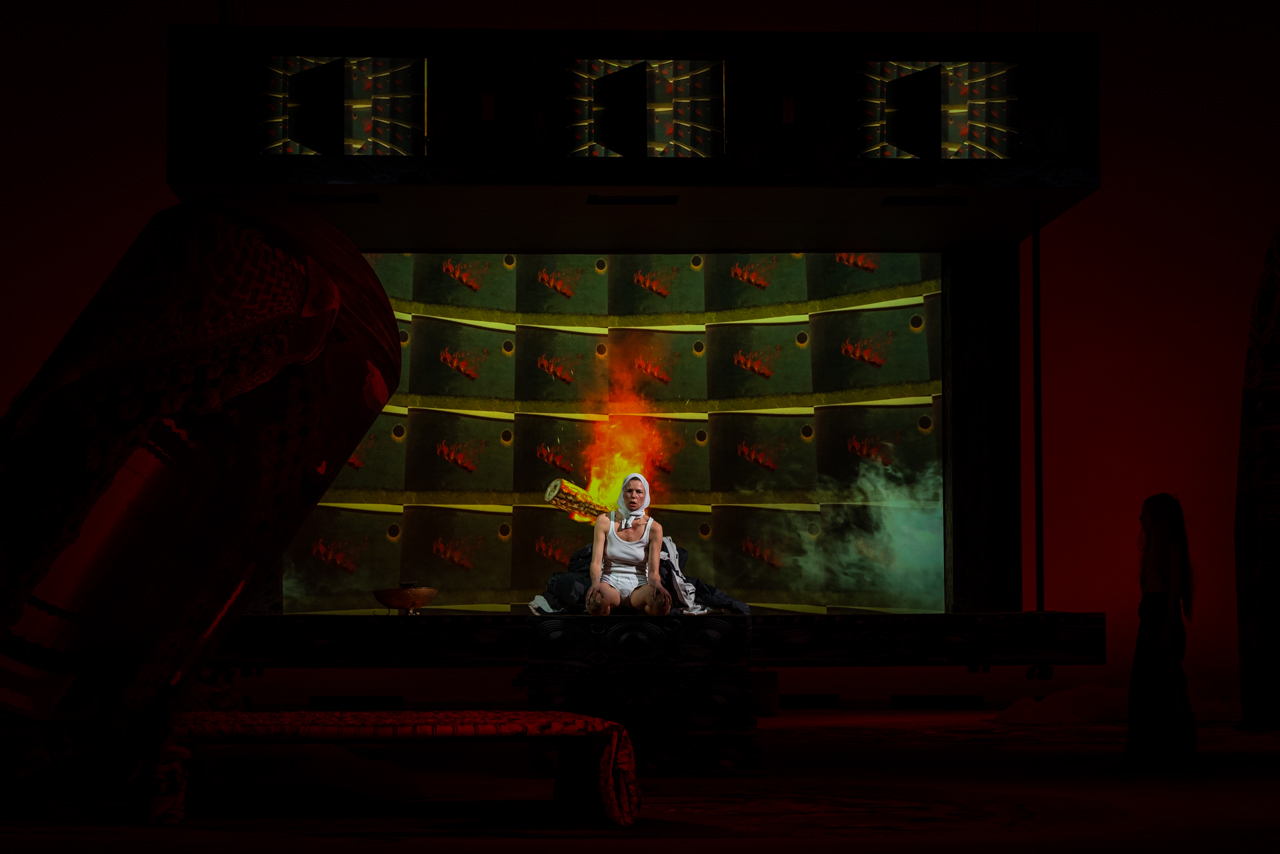 by Susanne Kennedy and Markus Selg