Considering the average lunch or dinner of the modern Berliner is probably something between a Döner and a Kimchi soup it’s becoming more and more unlikely to come across a German-style meal these days! But why? I do realize German Cuisine is maybe not the most famous one in the world, but living here you should have at least tried! And to be honest, as much as I like Asian food, to have a really traditional German dish is just the best and now that I am writing about it my craving for it is becoming unbearable. I might have to go to one of our 7 best German restaurants that we have compiled for you after the jump. Enjoy!

END_OF_DOCUMENT_TOKEN_TO_BE_REPLACED

The unusual name of this restaurant based in the South of Kreuzberg roughly translates to “girl without highschool degree”. What does that have to do with anything, you might wonder! Nothing really, but it surely is a name you won’t forget so easily. Stepping into this place reminded me a bit of the appartment of our friend Julia who is a big fan of the color red, black and white Audrey Hepburn photos and kitchy little vintage goodies.

The food on the other hand is not kitchy at all. Here you will find traditional German dishes such as Königsberger Klopse and fried liver with apple and onions, mixed with a few international dishes. What I was most delighted with was the Laugengebäck that we got as a starter. The best starter bread I ever had. For some impressions of the restaurant and the food look after the jump.

END_OF_DOCUMENT_TOKEN_TO_BE_REPLACED

In terms of originality, taste and look the food at Volt has definately been the most impressive in my series of restaurants with German cuisine. Traditional German dishes are served as gourmet variations that will take you by surprise and not only please your tongue but also your eyes. The restaurant itself is quite incredible as well: It’s built into an old transformer station at the Paul-Linke-Ufer in Kreuzberg. The mix of the industrial space with very modern interior gives it a totally unique charme. The details and some impressions of the dishes and the place after the jump.

END_OF_DOCUMENT_TOKEN_TO_BE_REPLACED

The Kurhaus Kursakow was the second place on my journey through Berlin’s most interesting restaurants with German cuisine. Located directly at Boxhagener Platz in Friedrichshain I was surprised that I never came across it although I have been living right around the corner not too long ago. But hey, better late then never!

My first visit to the Kurhaus a few weeks ago was absolutely pleasant. On the menu you’ll find very traditional German specialties for reasonable prices. My plate of Rouladen, which is one of my favorite German dishes, looked a lot like you would expect it from your loving German granny. Very yummie! With the traditional kitchy interior of the place you quickly feel at home here. For more impressions and details look after the schnaps.

END_OF_DOCUMENT_TOKEN_TO_BE_REPLACED

With all the great Asian, Italian, Arabic, French and other international restaurants in town it hardly ever happens that I get a German dish on my table. Why is that? I love traditional German food, but for some reason most of my favorite restaurants are Asian. So on the quest to mix things up a little in my dinner routine I asked around to find the best restaurants with German cuisine in town. I guess especially for all of you foreigners in the city it will be interesting to try out some German specialties that are not sausages or beer… With the help of food expert Helmuth I assembled a list of more than 10 places that I will be checking out in the following weeks. Today I will start with the restaurant Zum Dritten Mann. More about it after the jump.

END_OF_DOCUMENT_TOKEN_TO_BE_REPLACED 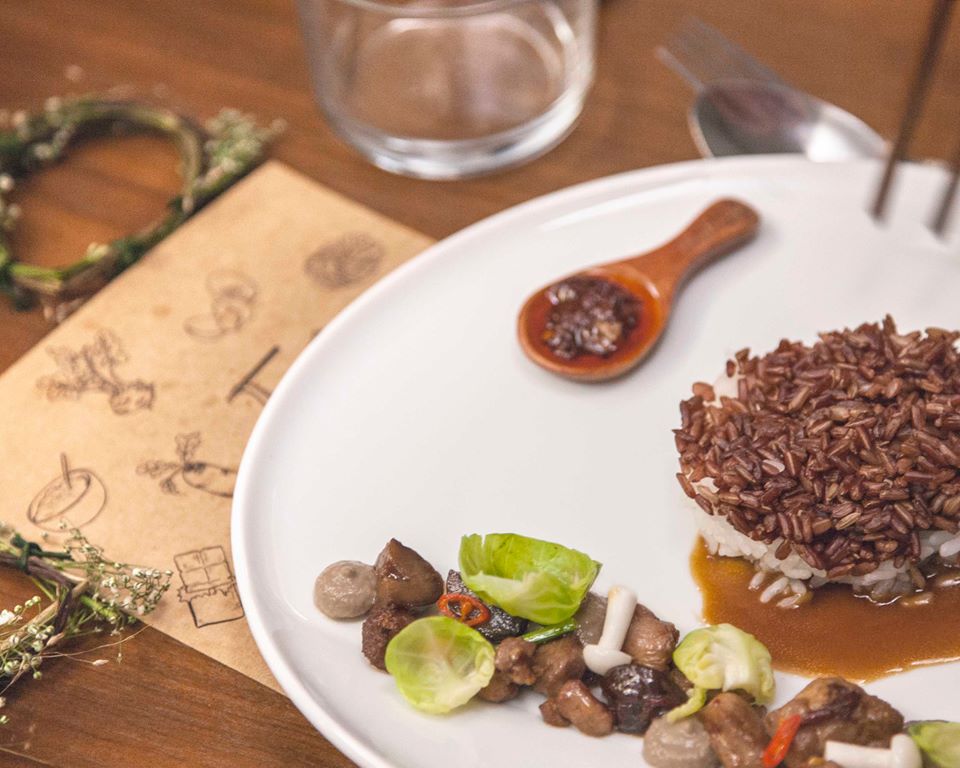 Discovering the 5 Elements of Chinese Cuisine in Berlin

Some people need to travel far to make different memories all over the world. I sometimes just need to travel inside the inner ring of  Berlin to collect the same amount of crazy experiences somebody could get from a trip to another continent. And there is a simple reason for that: the Berlin inhabitants are a bunch of curious people, traveling the world and exploring different cultures and bringing their findings back to our city to share it with the other Berliners.

To make an example: I have never been to China and still I got the chance to discover the variety and sophistication of Chinese cuisine right in the middle of Berlin. This happened more by coincidence than by choice. My friend Jacob Schickler who used to live in China for many years started a pop-up restaurant called That Woo together with Yuhang Wu, originally from China but professionally trained chef as a Chef in Germany.

END_OF_DOCUMENT_TOKEN_TO_BE_REPLACED

If you’re up for yummie German cuisine and want to try out the sweet sin named Eierkuchen, a usually sweet dish we Germans eat during our childhood and beyond, we can recommend you a new food project called Friede, Freude und Eierkuchen that launches this Thursday at Vögelchen Bar in Kreuzberg. Find out more about tasty “Eierkuchen” that will be served in every possible variation and can be prepared salty or sweet after the jump. END_OF_DOCUMENT_TOKEN_TO_BE_REPLACED 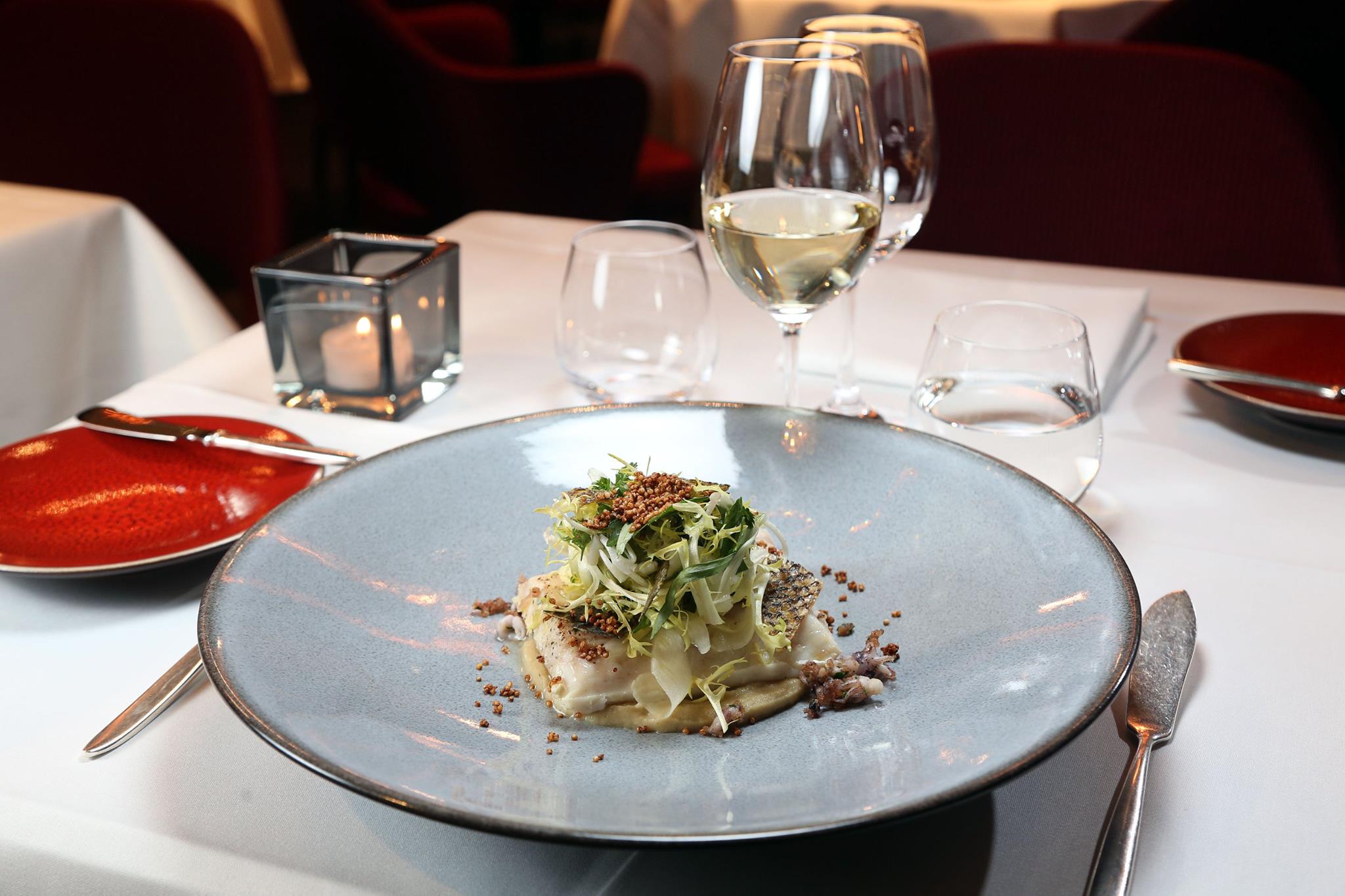 This guide is for all those rare moments in life when you don’t mind to splash a little cash. After the jump, we are presenting the pinnacle of Berlin’s fancy dining options that not only offer mouthwatering gourmet dishes, but also follow the highest standards when it comes to service and have a detailed and thought-through interior concept. In other words, one visit can provide you with enough sublime content to keep your Instagram feed alive for days.

END_OF_DOCUMENT_TOKEN_TO_BE_REPLACED

A Parents Guide To Berlin

Oh, the bliss. Your parents are in town, visiting you, worrying about your hygiene at home and the number of emptied out wine bottles in the hallway. Since you don’t want them to also see your questionable choice of clothes it’s time to get them out of your place into the world.
But what to do?

Your usual hangouts are not exactly what you want them to see, probably. Although the Späti around the corner has a very nice owner, and KitKat Club has really good drinks – it’s not really SFP (safe for parents). There must be other things to do with your parents that both parties – you and them – will enjoy. Luckily, we picked 10 things to do with your parents! Here are 10 spots and places to experience beyond Brandenburger Tor and Siegessäule that close the generation gap.

We arranged them in parts – daytime, evening and nightlife, so you have experiences for pretty much every part of the day. Get some inspiration after the jump. END_OF_DOCUMENT_TOKEN_TO_BE_REPLACED