Presenting Sasha Waltz & Guests’ »In C« to the Berlin audience live at radialsystem after the choreography’s online premiere in March.

In 2021, the Company began an innovative artistic process that results in the continuous production of both digital and live formats. Terry Riley’s »In C« (1964) forms the musical foundation of this, an open composition that was revolutionary at the time and is generally considered the first piece of minimalist music. From September 24th to 26th, 2021 we have the opportunity to perform »In C« live at radialsystem – to the sound recordings of the New York music collective »Bang on a Can «.

»The score of »In C« consists of fifty-three musical phrases and reads like stage directions for musicians. The thought of translating these detailed instructions into dance through a choreographic exploration of the music appealed to me. The result is an experimental system of fifty-three movement phrases for a structured improvisation with clear rules and laws. The length of the piece remains variable, as does the number of musicians and dancers. »In C« is a dynamic, modular system that remains adaptable in times of pandemic. It is an exciting challenge to be able to develop so many different variations and formats from it in the future.« Sasha Waltz 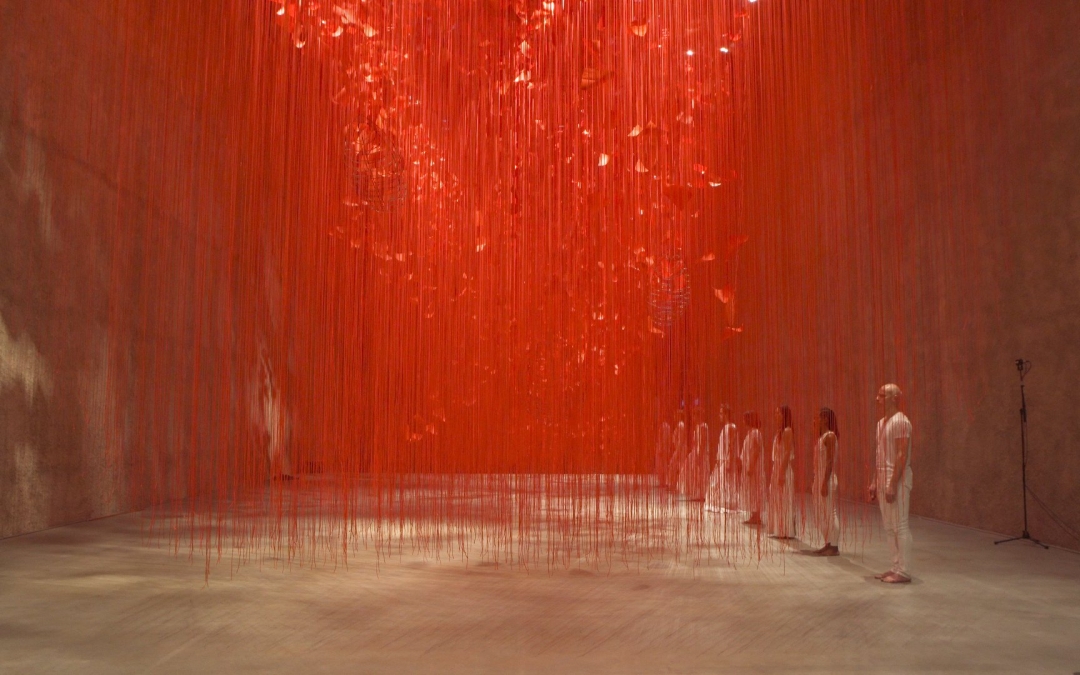 There are so many wonderful creatives making art in Berlin, and it’s always a joy to see two of our favorites collaborating. This week, two of them, artist Chiharu Shiota and the dance company Sasha Waltz and Guests, are collaborating in an online event that you definitely don’t want to miss. A stunning installation and a dance performance will be fused together at the iconic König Galerie and you can join in online.

END_OF_DOCUMENT_TOKEN_TO_BE_REPLACED 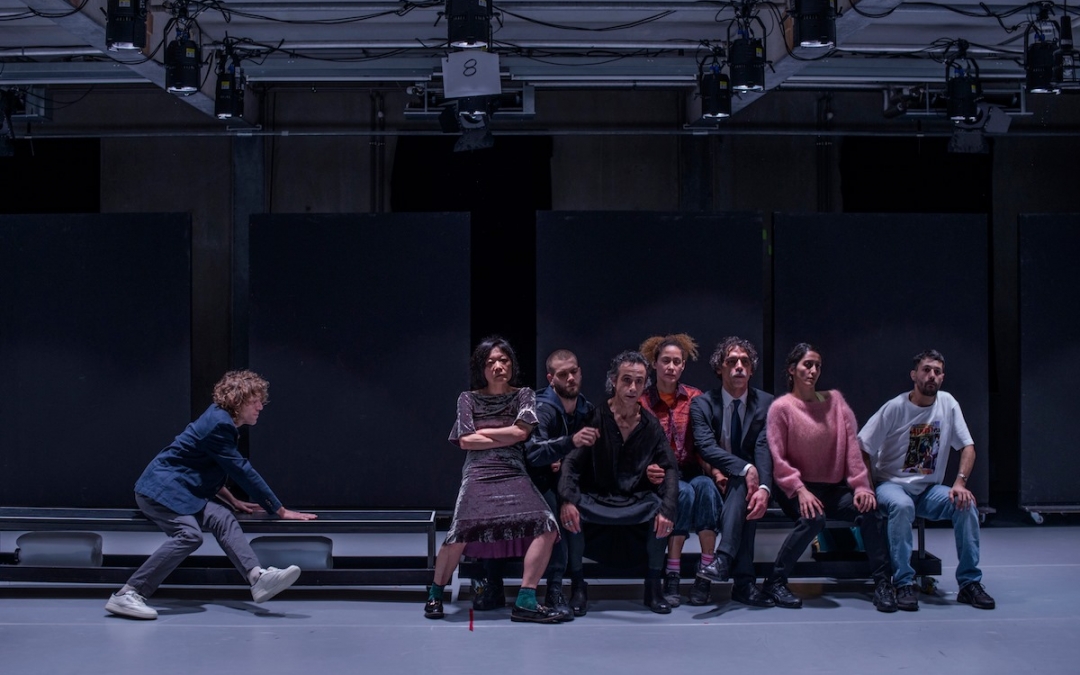 Bodies in space over time. We are present in this room and also together in this time. What traces will we leave behind?

In his German debut commissioned by Sasha Waltz & Guests, the American performer, author, and director Andrew Schneider and nine dancers of the compagnie embark on a research journey into the simultaneously scientific and mystical fields of quantum entanglement and human entanglement. How do quantum entanglements affect the energy between two human beings? Do events from afar have lasting effects on our togetherness? Is there an explanation for how we ended up right here and now and can invisible forces be experienced?

Andrew Schneider works at the intersection of experience and technology. He is not interested in technology for itself, but in how it can be used to give audiences experiences that they’ve never had before.

Eine Produktion von / A production by Sasha Waltz & Guests. Made in radialsystem.

END_OF_DOCUMENT_TOKEN_TO_BE_REPLACED 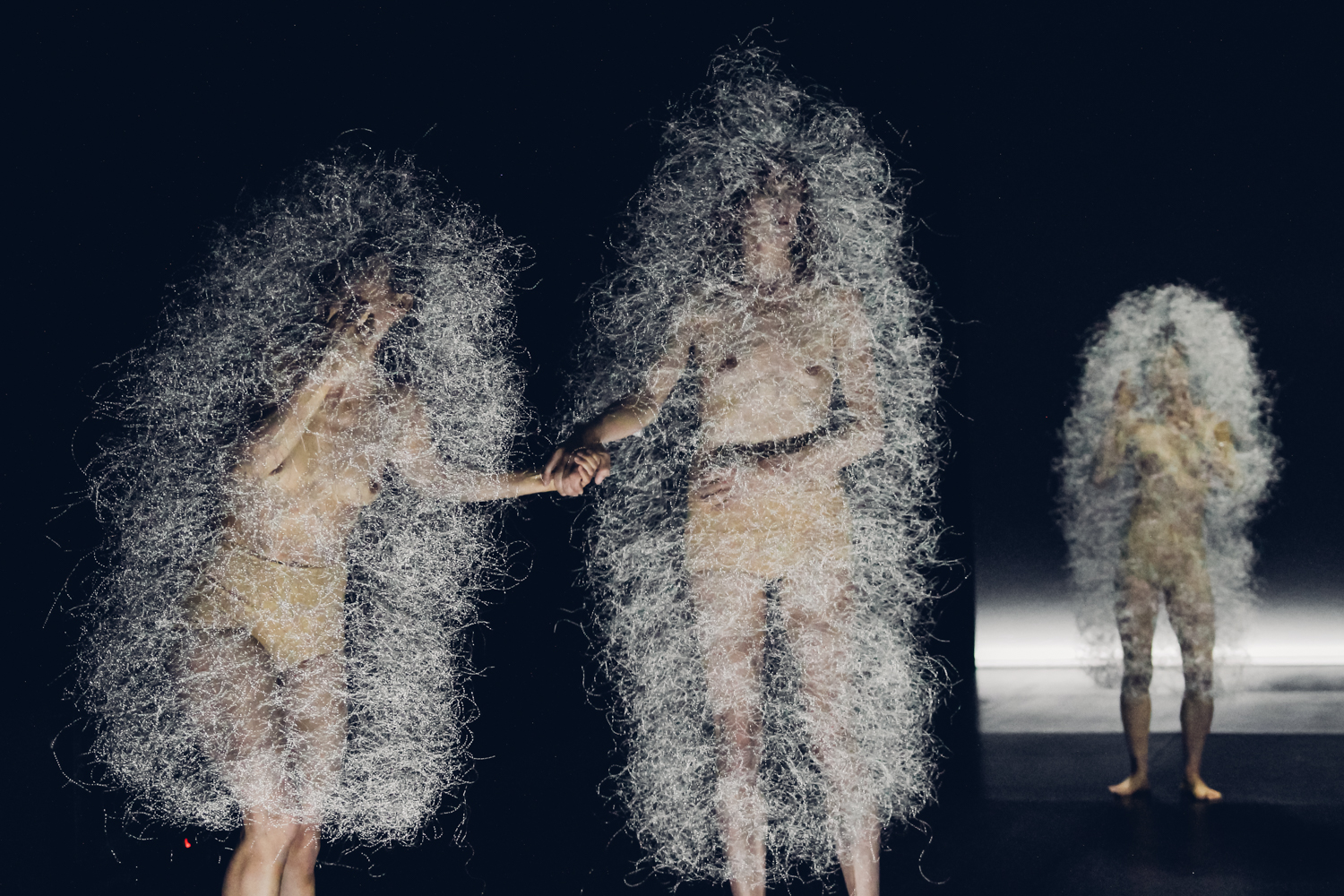 A Dark World of Dance – Kreatur by Sasha Waltz

What if the ugly side of our society could be born into this world in flesh and bone? Fear, envy, and aggressiveness become living creatures that torture, kill and feed on all of us? This nightmarish vision is what you can expect from the new avant-garde dance piece Kreatur by acclaimed choreographer Sasha Waltz at Radialsystem.

The Berlin-based choreographer hasn’t show any new dance piece in Berlin for 12 years now and her comeback is highly anticipated but also critically observed. The reason: her future role as director of the Staatsballett Berlin which caused quite some controversy in the last year.

With Kreatur she definitely showed her critics what she is capable of. Showing transgression, darkness, pain without being obvious or superficial. Especially with the amazing costumes by iconic Dutch avant-garde designer Iris van Herpen Sasha Waltz evokes a turmoil of demons and sinners lost in a world of sterility and artificial light.

END_OF_DOCUMENT_TOKEN_TO_BE_REPLACED

As a 27-year-old night owl in Berlin, who once devoted himself so dearly to the nightlife and party scene, sometimes I question myself how I ended up spending my Friday night taking an online quiz to find out which döner sauce I am. Now I’m sure most of you can already relate. Corona forced our boundaries of mundane activities to a whole new level. You won’t be surprised to find out you’re not the only one watching an old show on TV and find yourself wondering how the actors are so close to each other without wearing a mask. While we are adapting to the new normal, artists and performers are working hard to bring us the best on digital platforms to keep us connected to the world and we can’t thank them enough. You will be extra happy if you love immersive experiences, dance, theater, opera, digital art, and drag shows! Here is a list of online events you can book right now!

END_OF_DOCUMENT_TOKEN_TO_BE_REPLACED 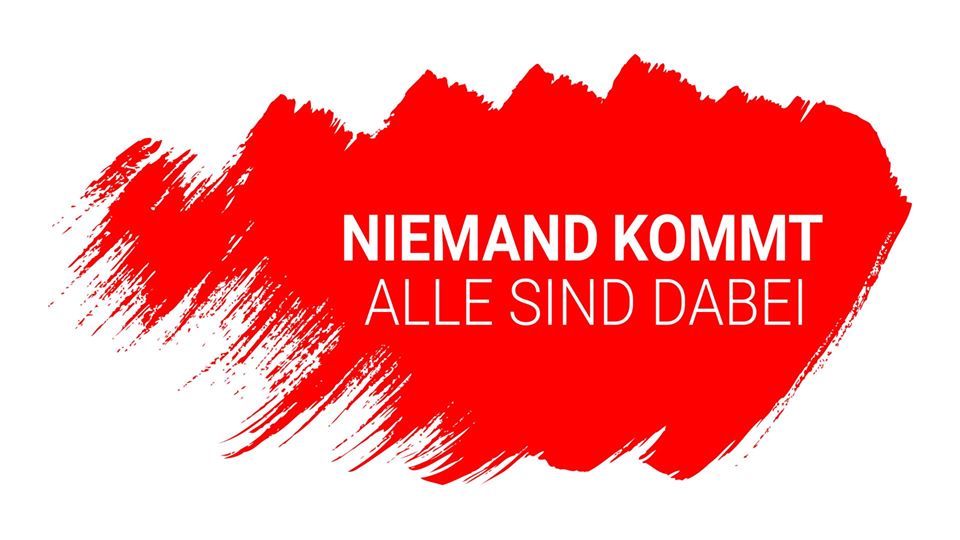 Peaches is going, Sasha Waltz & Guests and cie. toula limnaios are going, Sharon Dodua Otoo is going, She She Pop are going, Kathrin Röggla is going and many other independent artists and culture makers are going – but none of them are coming.

On July 24, 2020, an enormous festival will take place in Berlin where a stunning amount of artists, ensembles and culture makers working in all discilpines will take part – by not showing up. During the coronavirus pandemic, attendance and physical presence can be deadly. And, exactly because of this, many freelance artists and culture makers in Berlin haven’t been able to earn money for months and can no longer pay rent or buy groceries.

This is why the organizers are turning to you: Show your solidarity! Buy a ticket for Berlin’s (non) festival of the year and don’t show up! By buying a ticket, you can help to ensure Berlin’s one-of-a-kind artistic and cultural landscape still exists after this crisis has passed.