The Fruit Salad – Is The Shit the real Shit?

After spending the whole day in the Fashion  Week tent on Tuesday watching tiny skeleton girls running down the catwalk I was quite happy to go to The Shit Shop fashion show of Bonnie Strange and her girls Lena and Laura. It will not surprise you that I don’t like skinny girls on the catwalk very much. Not because I think all models are anorexic or having an eating disorder. I just don’t understand why there is only one type of body on the catwalk. Actually, it simply bores me to see 30 long skinny girls one after another. In my opinion I would appreciate the creativity of a designer much more if he would be able to show his design on different types of people. Some designers did this during fashion week like Patrick Mohr (which I will write about soon) and Bonnie Strange. It felt like a fresh stormy breath. What I think about Bonnie’s collection comes after the jump.

END_OF_DOCUMENT_TOKEN_TO_BE_REPLACED

You’ve already had a look behind the scenes of Bonnie Strange‘s first big The Shit fashion show. And now I’m finally giving you the photos of the big party and the show. It was the most fun event during Berlin Fashion Week, thanks to Bonnie’s cheeky Fuck You! attitude. I guess all pseudo-serious and boring fashion journalists who laid eyes on the daring collection that was dominated by lycra, plush, pleather and the colors neon pink, green and yellow must have died inside a little, haha! To me this was exactly what a show must be like: Lots of fun! And I love it when a designer actually has a sense of humor – you never get to see this in Berlin. If you want to see the looks of the show head over to Glamcanyon. To see the party head over the jump and enjoy!
END_OF_DOCUMENT_TOKEN_TO_BE_REPLACED

Behind the Scenes of Fashion Week: Bonnie Strange’s The Shit Show

On Saturday multi-talent Bonnie Strange invited me over to the preparation of her very first self-organized fashion show for her brand new label The Shit to take some photos in the backstage area before the show. I must say, I am deeply impressed by how great she and her team put such a big event together in such a short time. Cudos, Bonnie! After the jump you’ll find many colorfull impressions and animations from the production as part of our Behind the scenes of Fashion Week series. Enjoy the fun on 3 pages and stay tuned for the photos of the show and the party that will be released tomorrow.

END_OF_DOCUMENT_TOKEN_TO_BE_REPLACED 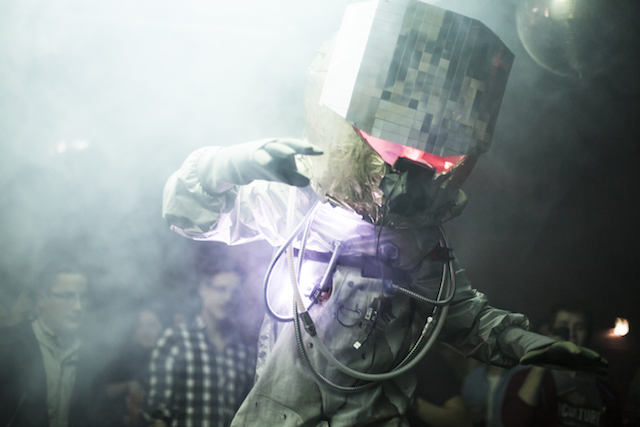 Berlin loves trash. Especially when it is on the interdisciplinary intersection between performance art and club culture. This Friday is the premiere of a A Lovely Piece of Shit, a dance theater performance at the club Mensch Meier by the Swiss theater company Extraleben. This piece is all about a fairy tale land called Wummerland where unicorns eat techno bass, the mirror always smiles back at you and nobody ever thinks about tomorrow. I don’t know about you but this setting reminds me a bit the Fusion Festival, where everybody escapes once a year to have a colorful peter pan experience. In any case we are really looking forward to this attempt to combine theater and party experience. Also I think that it is a wonderful opportunity to check out this new club that everybody is speaking about right now. Check out some photos and the trailer after the jump. END_OF_DOCUMENT_TOKEN_TO_BE_REPLACED

On Thursday Berlin’s most wanted model/singer/designer/shop-owner/photographer/it-girl Bonnie Strange became yet another thing: A publisher! Together with her Shit Shop partner Lena Nußbaum, Senna Gamour and a team of 3 new people she created a fabulous new magazine: The Shitpaper. The magazine came out really amazing, well done, girls!! The release of course had to be celebrated in style, so she teamed up with Italian fashion brand Patrizia Pepe to throw a big party during Berlin Fashion Week and our girl Tati The Fruit Salad was right in the middle of it! We have the impressions for you guys, after the jump on 4 pages. Enjoy!

END_OF_DOCUMENT_TOKEN_TO_BE_REPLACED

Holy shit, is it that time of the year already? It seems so. This Saturday and Sunday the Holy Shit Shopping Christmas market will take place again, this time at Postbahnhof. Lots and lots of things to buy for Christmas there. More infos here.

The first exhibition in the Temporäre Kunsthalle at Schlossplatz is a total letdown. The exhibition presents video installations by Candice Breitz that show people singing pop songs such as Beat It or Into The Groove. That’s it. Of course there are some highbrow philosophical explanations (“media-critical debate with the role of the audience and the transformation of popular culture”) – but in my opinion that’s intellectual bullshit. It’s just people singing karaoke. Nobody needs an exhibition hall with artwork as ridiculous as this. More infos here.

If you’re looking for an alternative christmas market with young designer talents and artists from Berlin check out the Holy Shit Shopping market at Cafe Moskau on December 15th and 16th.

Berlin is undoubtedly a hedonistic city. It’s known for its wild sex clubs, indulgent late-night food culture, excessive drinking, and the legalization of sex work. Despite this sinful reputation, sex workers in Berlin still face much of the same stigma they encounter elsewhere. Berlin Strippers Collective (BSC) is an organization of strippers living in Berlin, working to tell their stories through art and events, while always advocating and fighting for their ultimate goal: decriminalization. END_OF_DOCUMENT_TOKEN_TO_BE_REPLACED 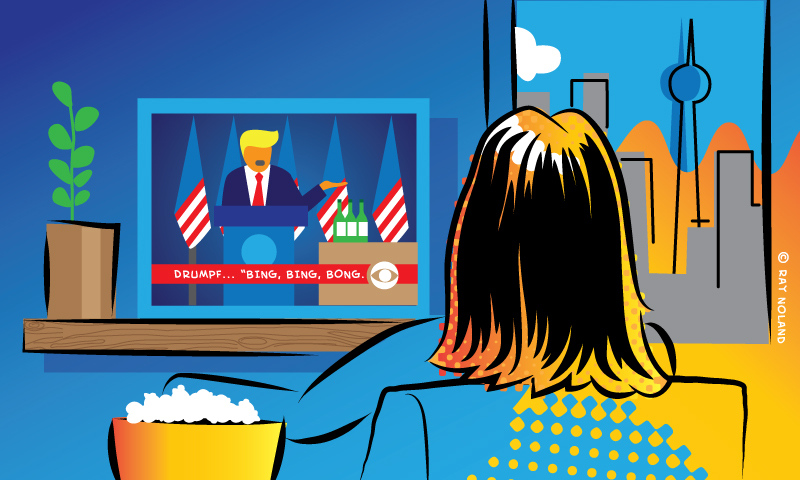 How to Handle Patriotic Humiliation Abroad

Now is not exactly the best time to be an American expat. After the election results an Australian friend texted me “you had one job.” I knew he was joking but I could still feel the shame burning inside of me. Just because I wasn’t on the figurative plane as it barreled down to earth, my friends and family were, and there was absolutely nothing I could do to stop it.

Sure, perhaps I could have done more; like engage the few Trump supporters in my family or skip a night out to make campaign calls in swing states, but like many others, I was pretty damn comfortable in my bubble. I never thought in a million years that an orange, under qualified tyrant would succeed, so I didn’t feel the need to go out of my way. Instead, I just sat back and watched the disaster unfold from the safety of my Schillerkiez flat.