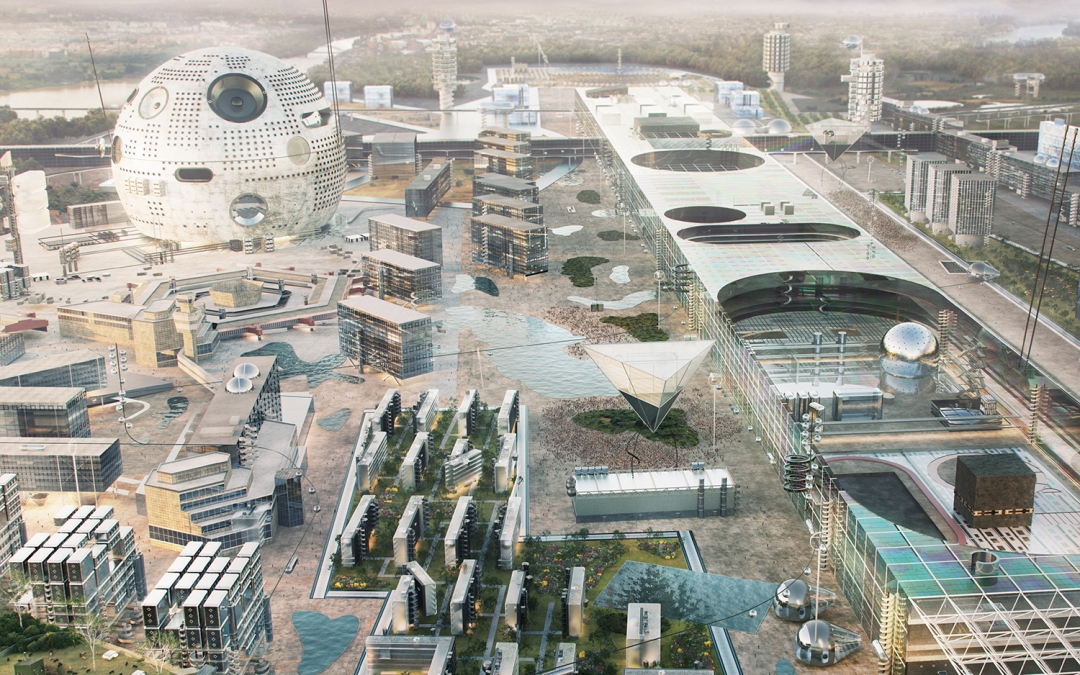 Berlin and Brandenburg Growing Together

The first-place proposal plans for areas of Berlin and Brandenburg to grow within their borders. Keeping sustainability in mind, the cities would then be connected not through motorways, but public transportation networks to increase mobility between these internally expanding areas. In addition to growing from within, the proposal suggests that the city expands around new railway lines. The two example areas the proposal puts forward are between Südkreuz and Tempelhofer Feld (in Berlin) and Bernau (in Brandenburg). In the future, we can expect to see these two areas develop and become hot new real estate by 2070. 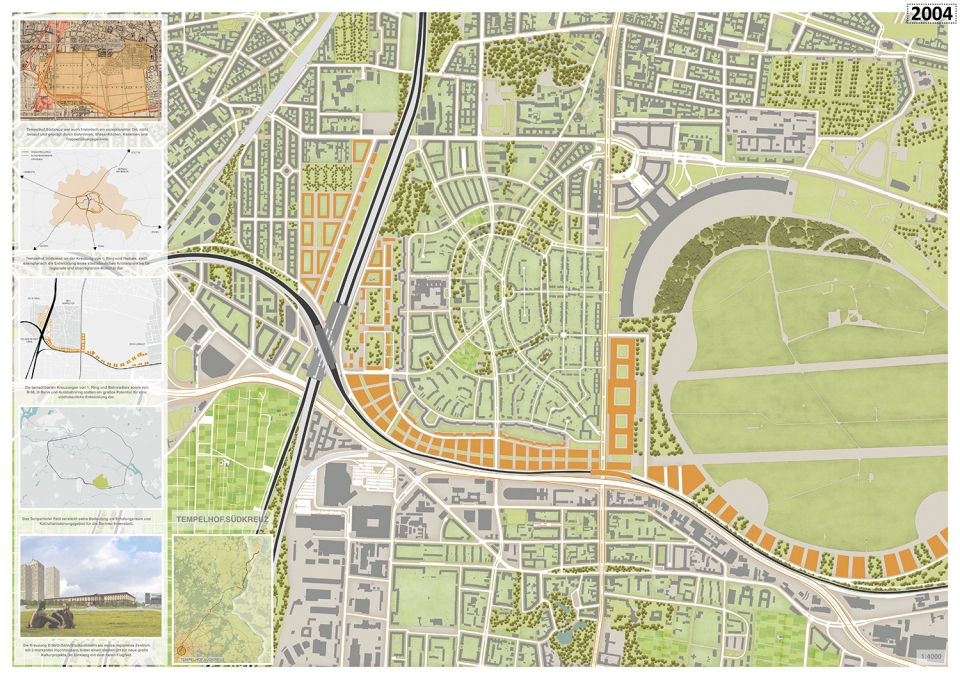 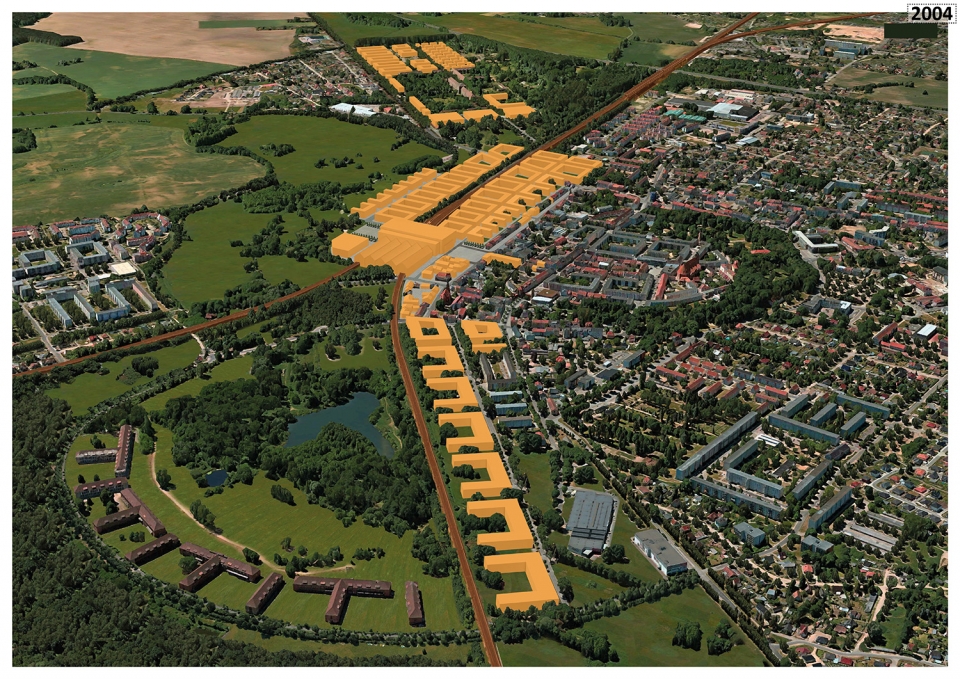 Berlin already has a tendency to reuse old buildings: factories transform into clubs, Tempelhof is now a park, even Badeschiff was once a massive shipping container. This trend will likely continue in the coming years, the winning proposal also plans to for “densification and special optimization”—this means reviving the spaces already available to us. In line with the previous plan, the proposal calls for the development of vacant lots and brownfield sites within the city instead of outwards expansion. We can expect to see fewer demolitions and more renovations in the coming years. Do you know that one empty spot you walk by to get to the train every morning? It won’t be empty by 2070. 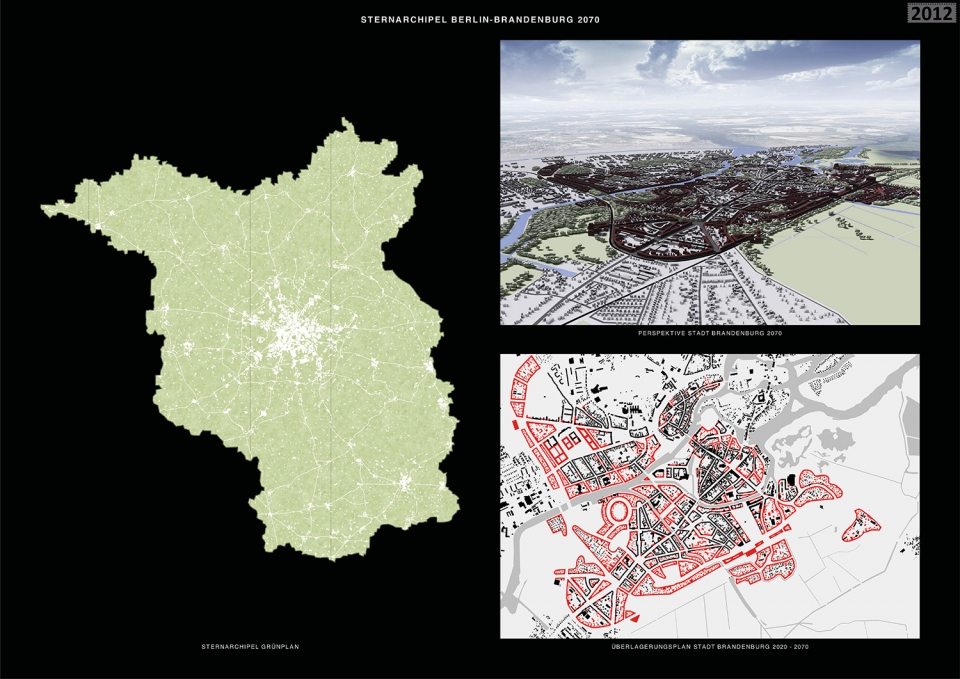 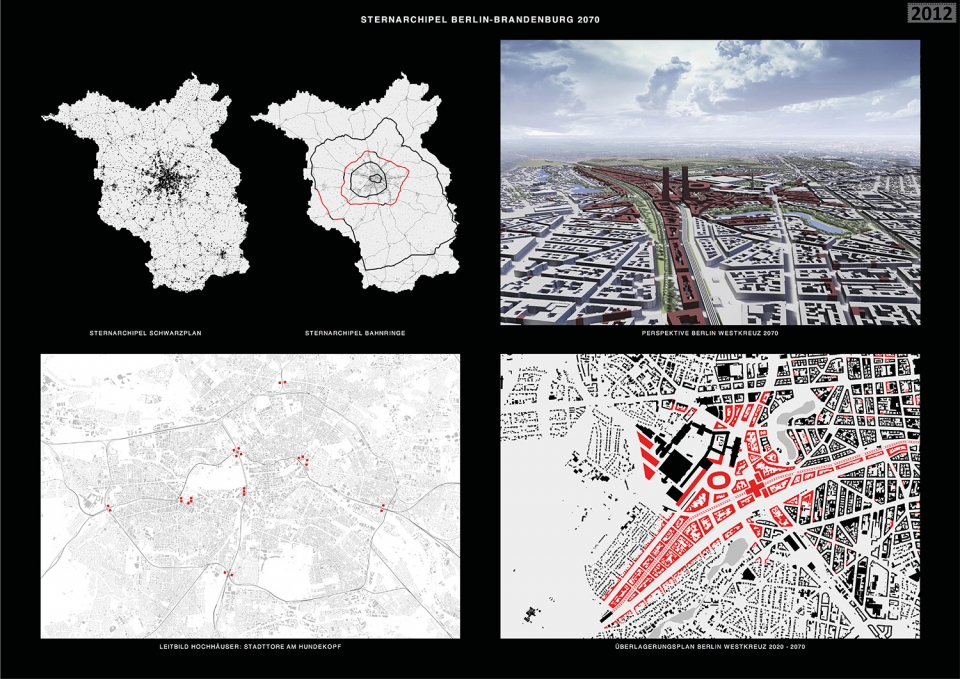 Brandenburg will be Cool

Dorfkinder rejoice! Many of the winning proposals include plans to develop Brandenburg in order to connect it with Berlin. This doesn’t only include building new housing complexes and maybe a few beer gardens but also ecologically developing land to produce a productive environment to increase sustainability and economic value. The project proposes a “transition zone” between urban and rural areas of sustainably developed land. This means in 2070 we’ll be heading out to Brandenburg for day trips or nights out and passing through green zones on the way. 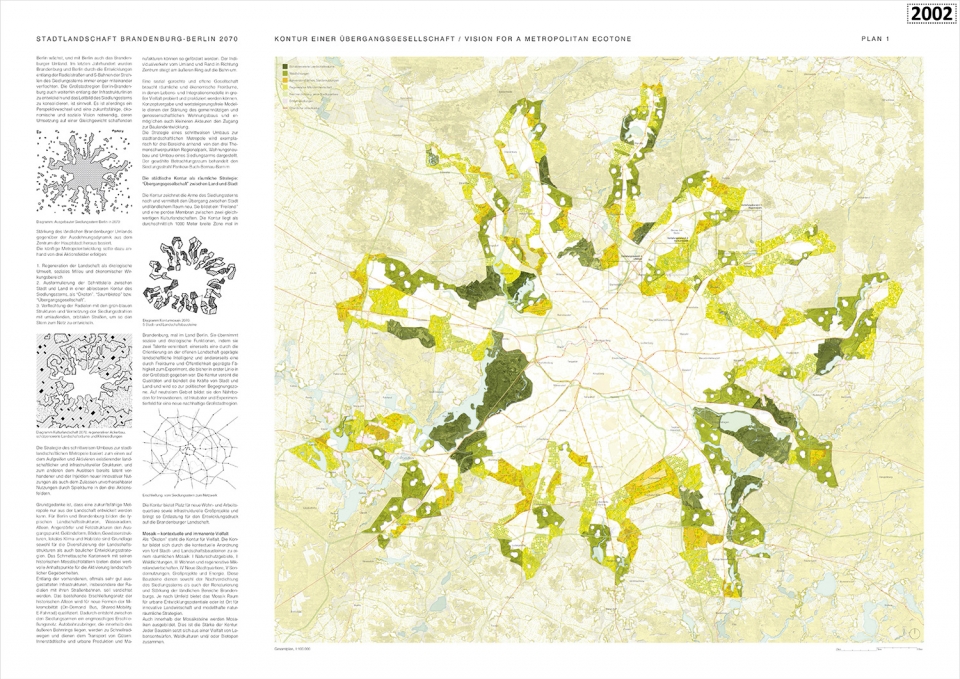 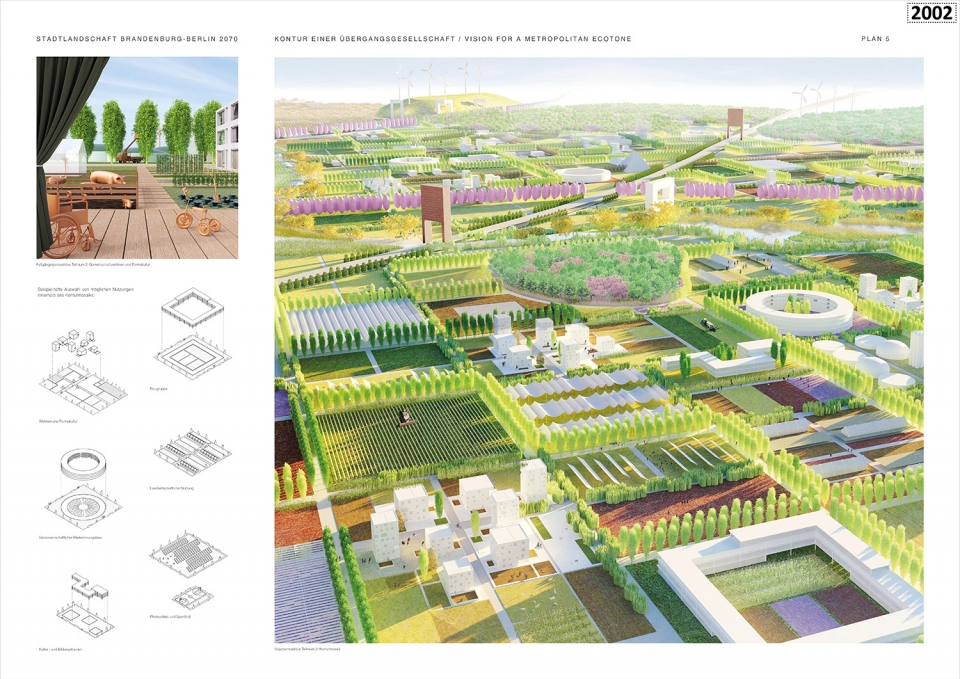 Although it is impossible to predict the future in social, cultural, or economic terms, science can tell us very clearly that our planet is warming. In the coming years, both Berlin and Brandenburg will get hotter because of global climate change. The fourth-place proposal plans to expand Berlin and Brandenburg’s waterways, canals, and lakes to keep the area cool and preserve the high quality of life. One of these specific propositions is to create a new neighborhood between the Spree and Landwehr canal (the area encompassing Heinrich-Heine Straße and Kotti) and even connect the two waterways. This area would be completely free of cars and full of parks and canals—sounds like prime real estate to me. 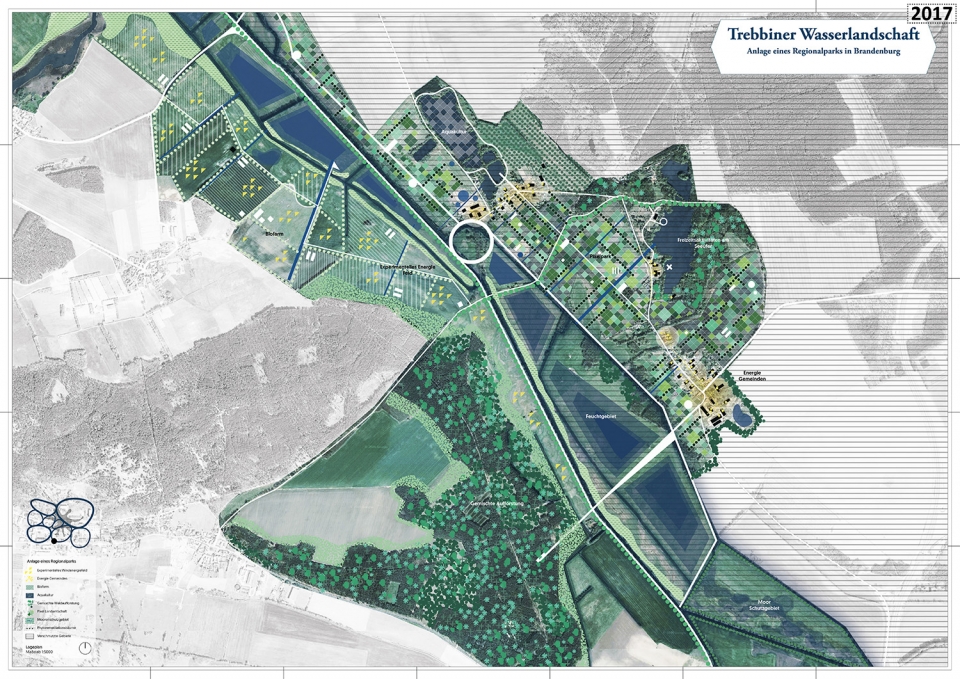 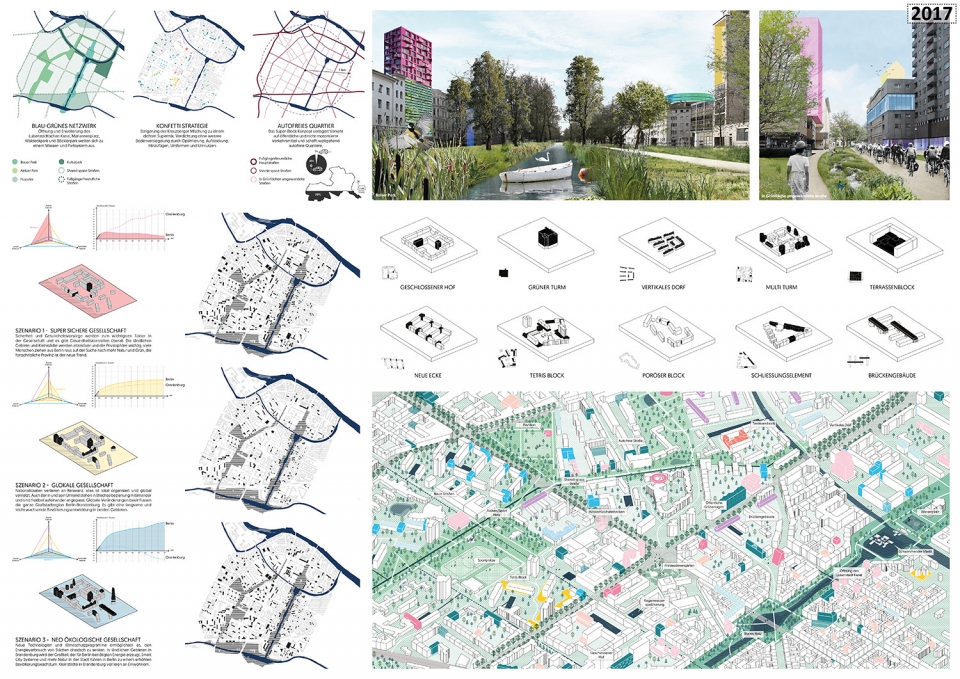 Berlin is already known for its plethora of “downtowns,” (Is it Alexanderplatz? Kudamm? Mitte?) but the fifth-place proposal plans for even more city centers. The “Urban Islands” project suggests that we build cities within cities—in order to relieve competition and tension between city centers and the surrounding areas. Each neighborhood would have its own little city center constituting an “urban archipelago.” 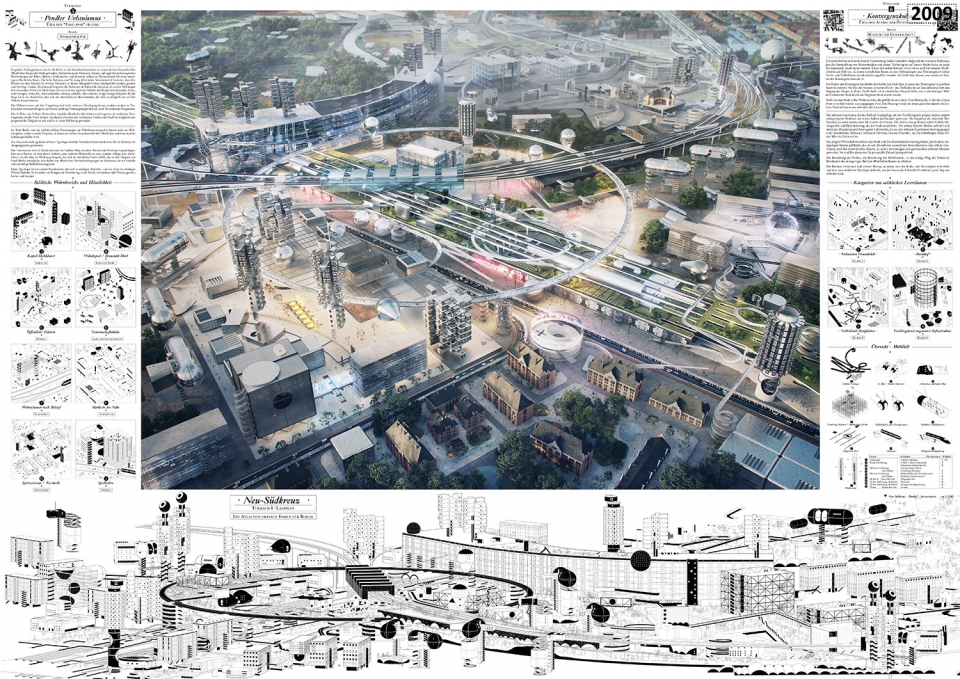 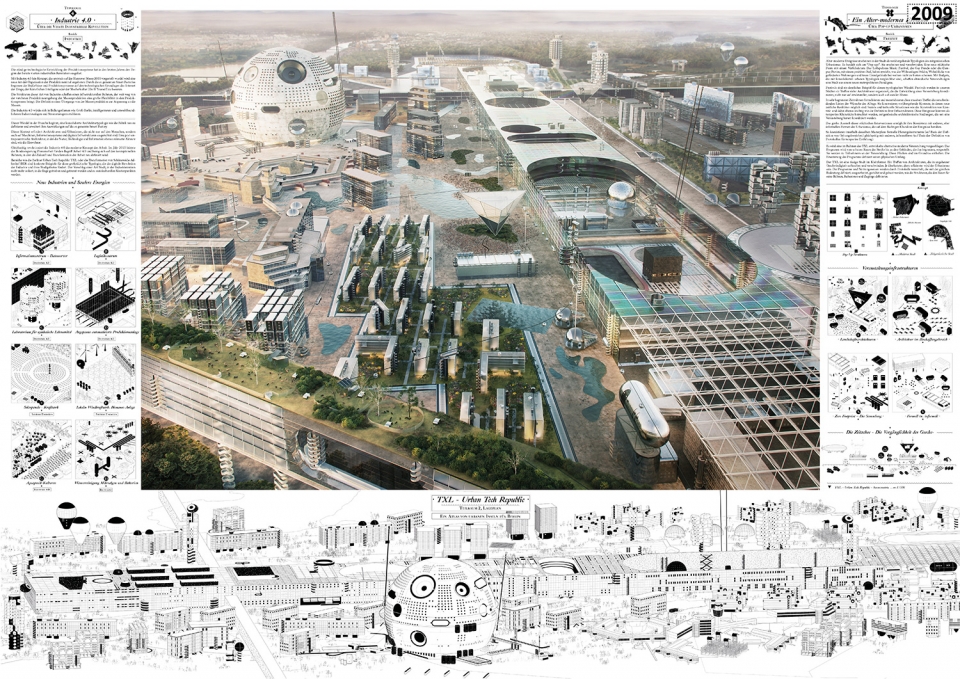 Although it’s impossible to envision where we’ll be in 50 years, both on an individual and societal level, the International Urban Design Ideas Competition gives us a pretty good idea of where our city is going. We can expect to see innovative businesses appearing in old buildings, more parks, green spaces, and waterways, and maybe even, we’ll all want to move to Brandenburg. By 2070, Berlin will have reinvented itself again—a whole new city awaits us.