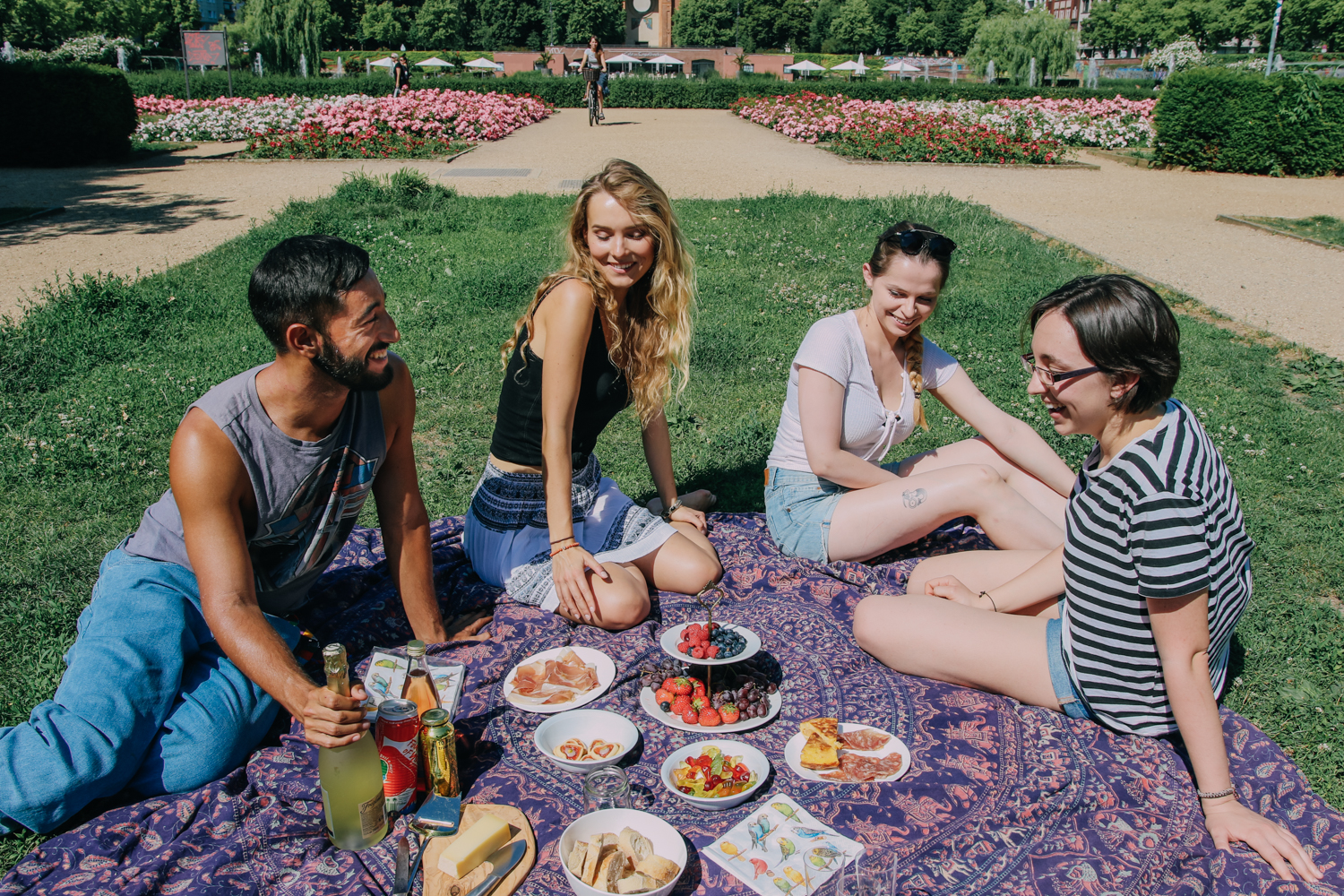 Thankful for the fact that this year’s summer filter seems to be slightly more lasting and graces the Hauptstadt with more gorgeous rays of sunshine than unexpected raindrops, we’re bringing you the ultimate guide to Berlin’s best picknick locations! Grab some snacks and a blanket and get out there! Whether with the squad or solo, it’s practically a sin to ignore Berlin’s abundance of green!

Literally translated to ”Angel’s Pond”, this picturesque location is surrounded by quite monotonous buildings which set a pretty DDR vibe. But don’t get discouraged – the beauty of the location will duly reward you. It’s absolutely dreamy with an actual pond, a tiny fountain, and plenty of trees and flowerbeds. 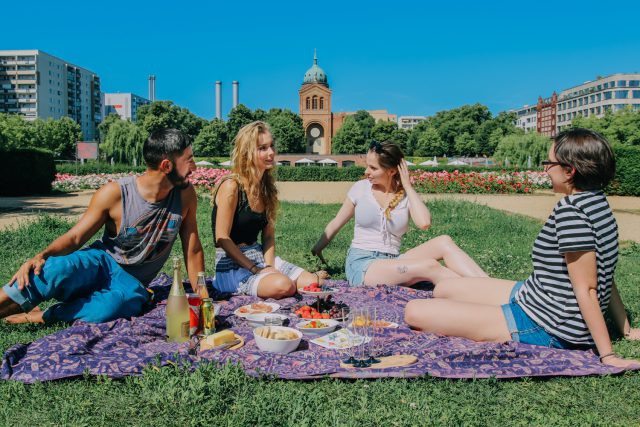 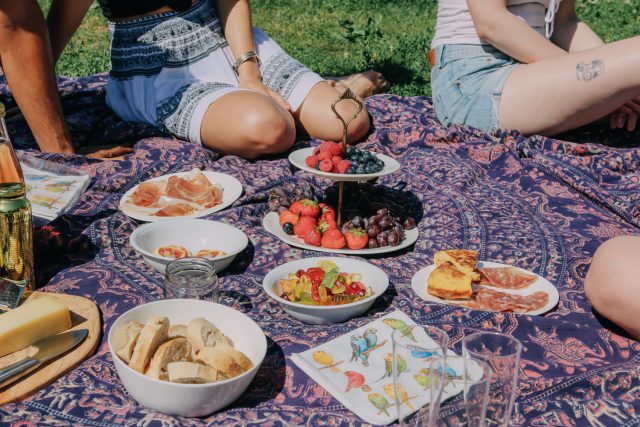 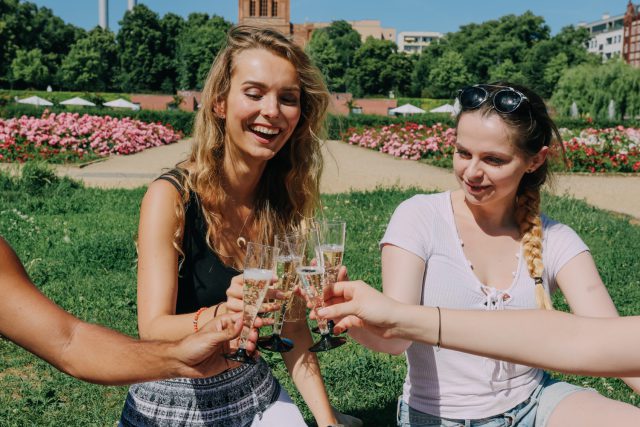 On the opposite bank of the Spree from Treptower Park, you’ll see the Stralau Peninsula. It’s a relatively obscure location where you can enjoy some serenity that’s usually rare to find in Berlin. You can easily come by some secluded spot on the 3 kilometers long riverside path, and nibble your sandwiches while watching sailing boats. 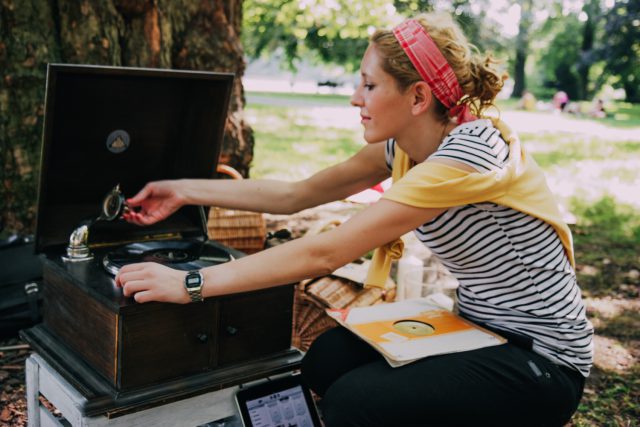 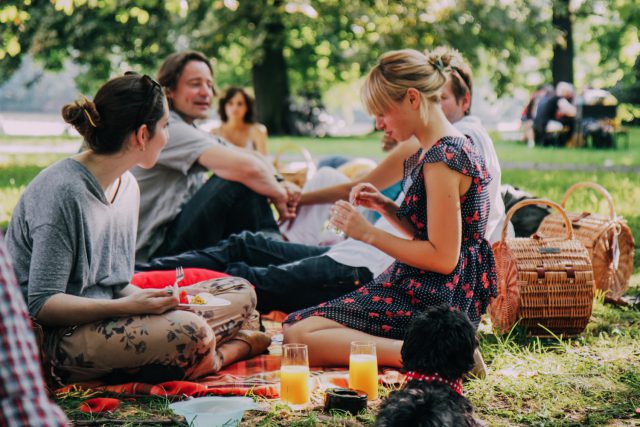 Sometimes, a picnic bliss might be just around the corner. Such is the case with Neukölln’s most charming little park! Indeed, this enchanting secret garden has more in common with Potsdam’s Sanssouci Park than the rest of the district it’s actually located in. Apart from the plethora of Spätis where you can easily restock on your picnic supplies, you’ll find a nice little cafe directly by the side of the park.

As much as I am a fan of the Kanal, I wouldn’t necessarily advise anyone to organize a picnic on its banks, unless it’s a picnic with a Sterni and Club Mate. But if you happen to dream of sitting down by a quiet stream to enjoy an outdoor dinner with friends – do not abandon this fantasy, because it’s all possible in the Bürgerpark Pankow. The beauty of this park is already apparent at its monumental gate, and it gets even more charming as you go further, strolling along the banks of the tiny river Panke. 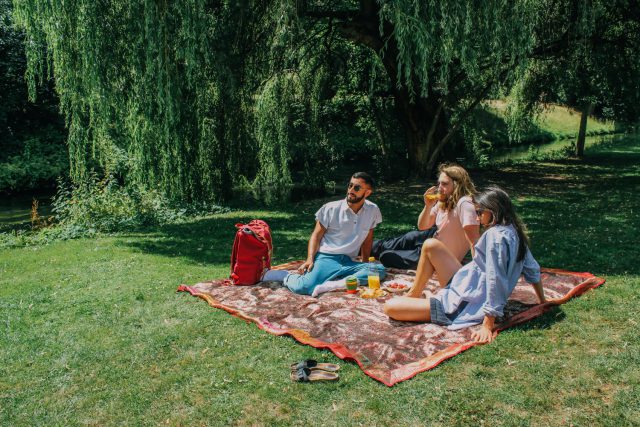 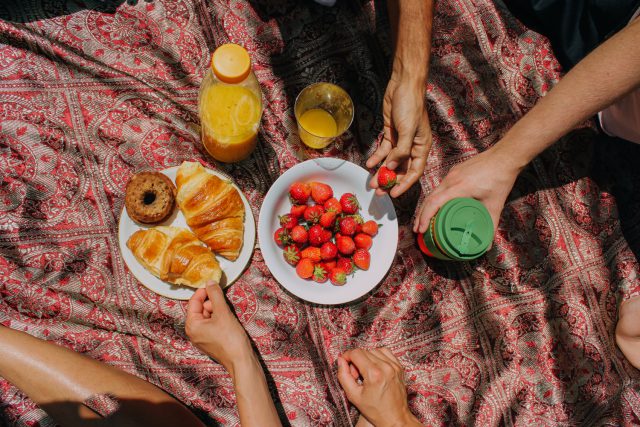 Humboldthain is probably the most underrated park in Berlin. Among its many attractions, you’ll find a public pool,  an observation deck on a second world war bunker, and a lovely rose garden. All that combined promises an unforgettable outdoor experience – even more so if it includes a picnic, especially a romantic one for two between all the roses!

There’s plenty of space to spread your blanket in Treptower Park – after all, it’s the second biggest in Berlin. And it’s anything but boring: in fact, you’ll find an insane potpourri of experiences to take your picnic to the next level – like the massive Soviet War Memorial and the fairytale-like little island called Insel der Jugend. The further you venture into the wilderness, the closer you get to the obscure aura of the abandoned amusement park, Spreepark. 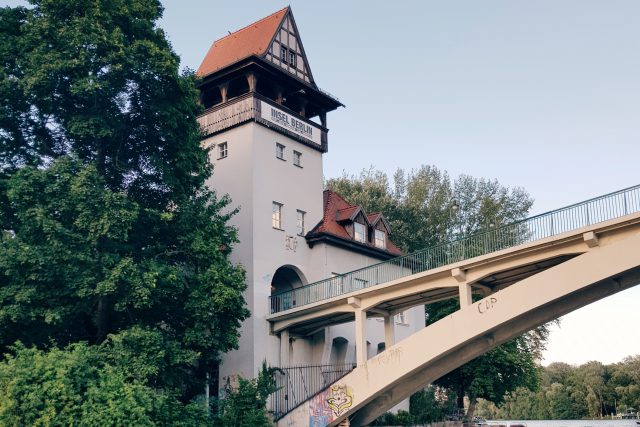 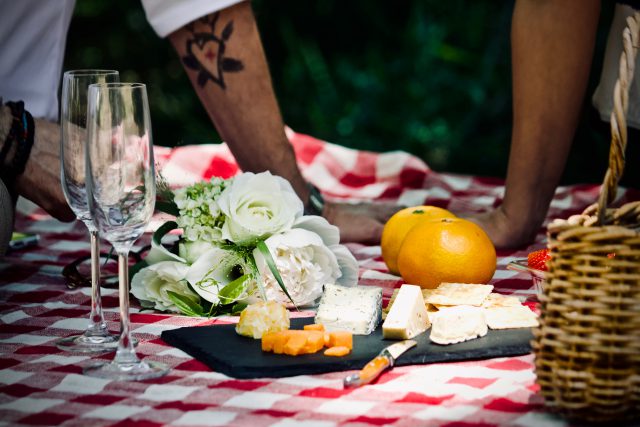 An exciting alternative to the previous options is organizing your picnic on a boat on the Spree. Feel the breeze and wind in your hair and marvel at the city’s landscape. It could be a great opportunity to celebrate a special occasion with friends or, as the sun sets by the Oberbaumbrücke, an incredibly romantic date. Find out more about Spree boat rentals here. 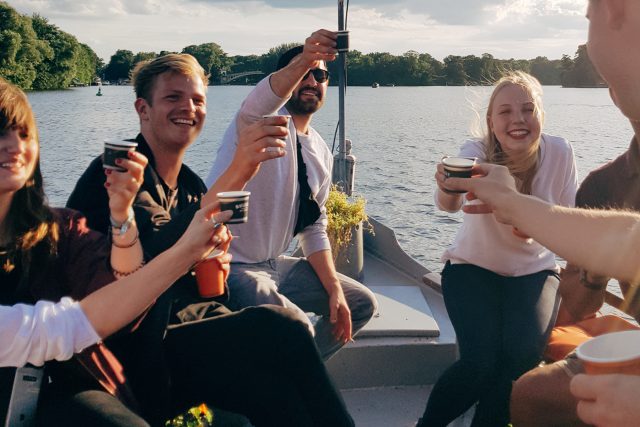 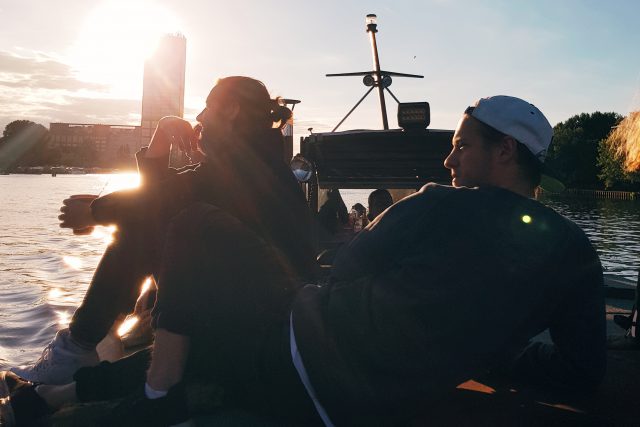