A Guide to the Best Running Routes in Berlin 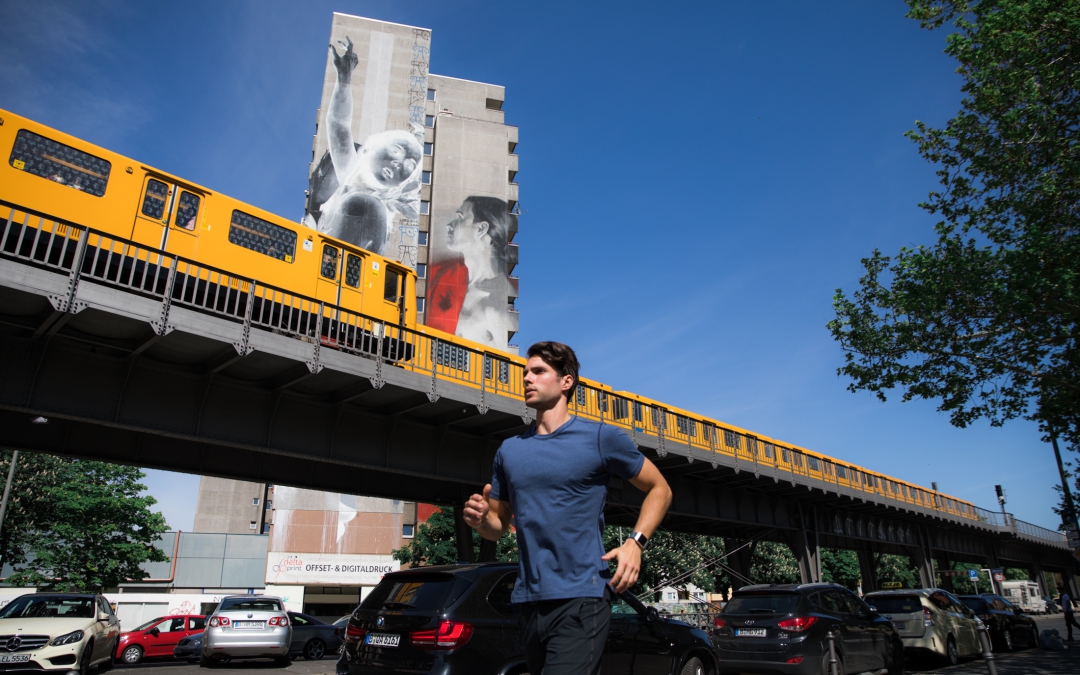 Whether you are just getting into running or are already a regular runner, Berlin is the right place for you. The city has one of the largest and most dedicated running communities in the world. Berlin is the only city in Europe besides London to be part of the World Marathon Majors, the world’s most prestigious running events. Some of the most popular running groups were born in Berlin and then spread around the world. Nowadays, running goes beyond sports, it’s a lifestyle. Everywhere you go in Berlin, you can really feel the presence of the running culture. For me, running has been a great way to discover a city, to connect with its people and of course, stay fit!

I am happy to share with you my top 5 running routes in Berlin that I enjoy the most.

My first introduction to the running scene in Berlin was through a friend who invited me to join her running group for a morning run. We met at Runbase in Kreuzberg for a casual 7kms run. I particularly love this run for the great feeling it gave me about how diverse Berlin can be and what the city has to offer. The first kilometer leads you through some of the most well-known clubs of Berlin (Ipse, Club des visionaries, Arena, Hoppetosse…) and then you suddenly reach the Spree and run along it for another kilometer passing the intriguing Schiff Dr.Ingrid Wengler then the fabulous giant «Molecule Man» sculpture, before entering the underside of the Elsenbrücke and finally arriving in the Treptower Park. You still enjoy the view of the Spree for another 2 kilometers until you get to the Abteibrücke which you cross to arrive on Insel der Jugend. (If you want to spice your run, there is a calisthenic park there which I would recommend to stop at for a few series of bodyweight exercises.)

Coming back to the land, the main part of the way back is still in Treptower Park, this time, through the forest until you reach one of the most impressive sceneries of the second world war: the Sowjetisches Ehrenmal Treptow. Back to Runbase, you are in one of the most vibrant parts of Berlin and can definitely enjoy a post-run snack or smoothie at their Lab-kitchen! 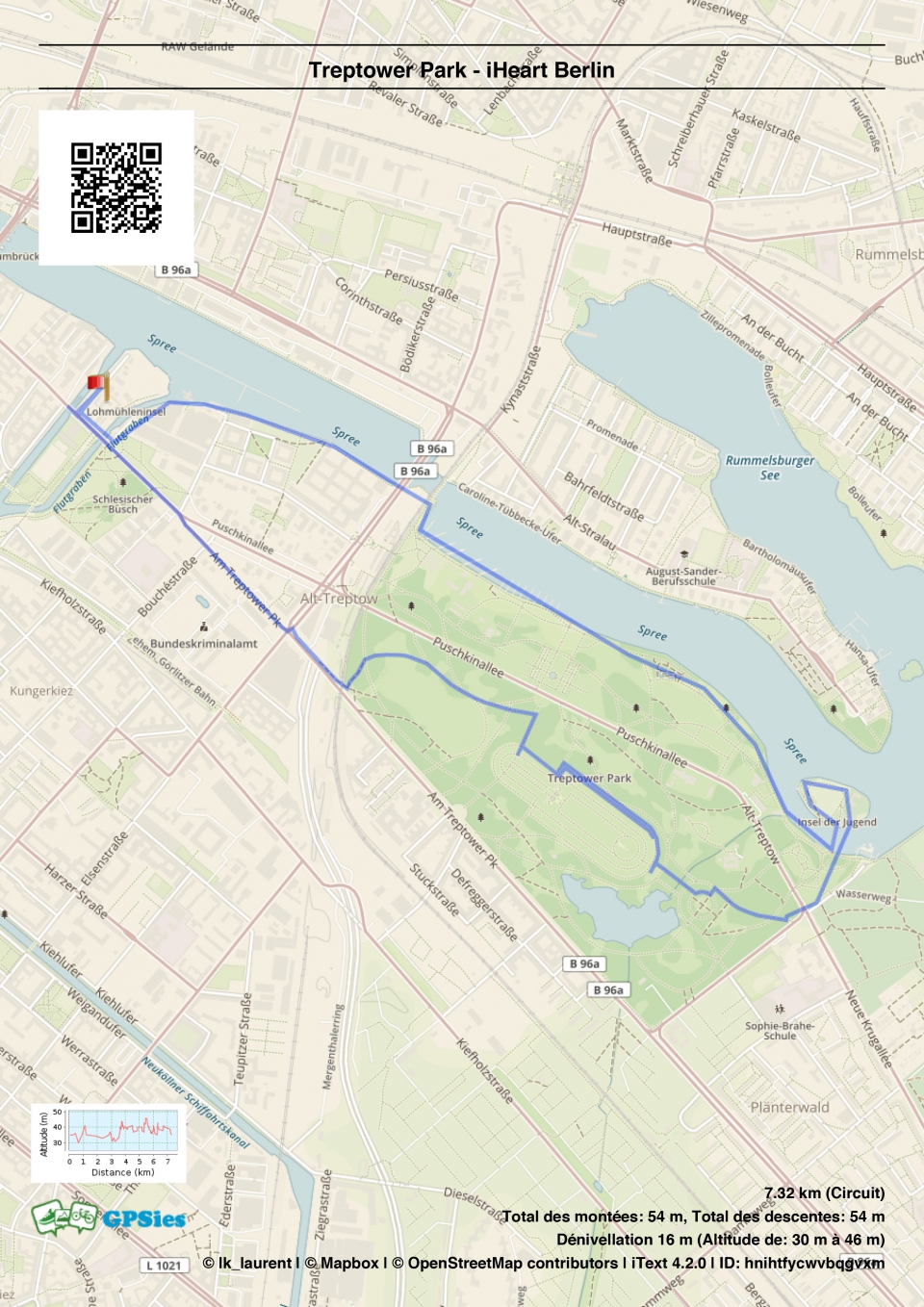 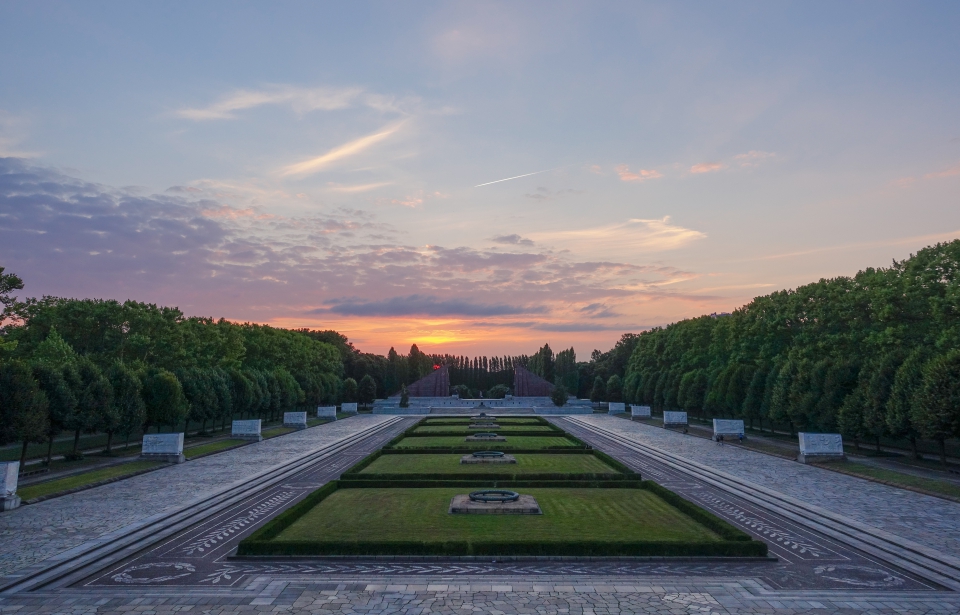 The Urban Art landscape in Berlin has been flourishing over the last decade thanks to the Urban Nation Museum and their mural projects which bring colors, meaning and attention to specific neighborhoods of the city. While running the art blog Music On Walls and working with urban contemporary artists for the last 5 years I started to organize my own running project, the Urban Art Run, that brings people together for a run while discovering the art of Berlin.

Before you start your Urban Art running journey I can recommend starting at the Urban Nation Museum on Bülowstraße to get a great overview of the Urban Contemporary Art movement. After you had a look inside the museum you’re ready to start your 7-kilometer run. This route will guide you through some of the most iconic murals of the city from a variety of German and international artists. This run will definitely make you rethink the way you see Berlin and you’ll probably see things you never saw before. Just look up, the walls might have a lot to tell you. 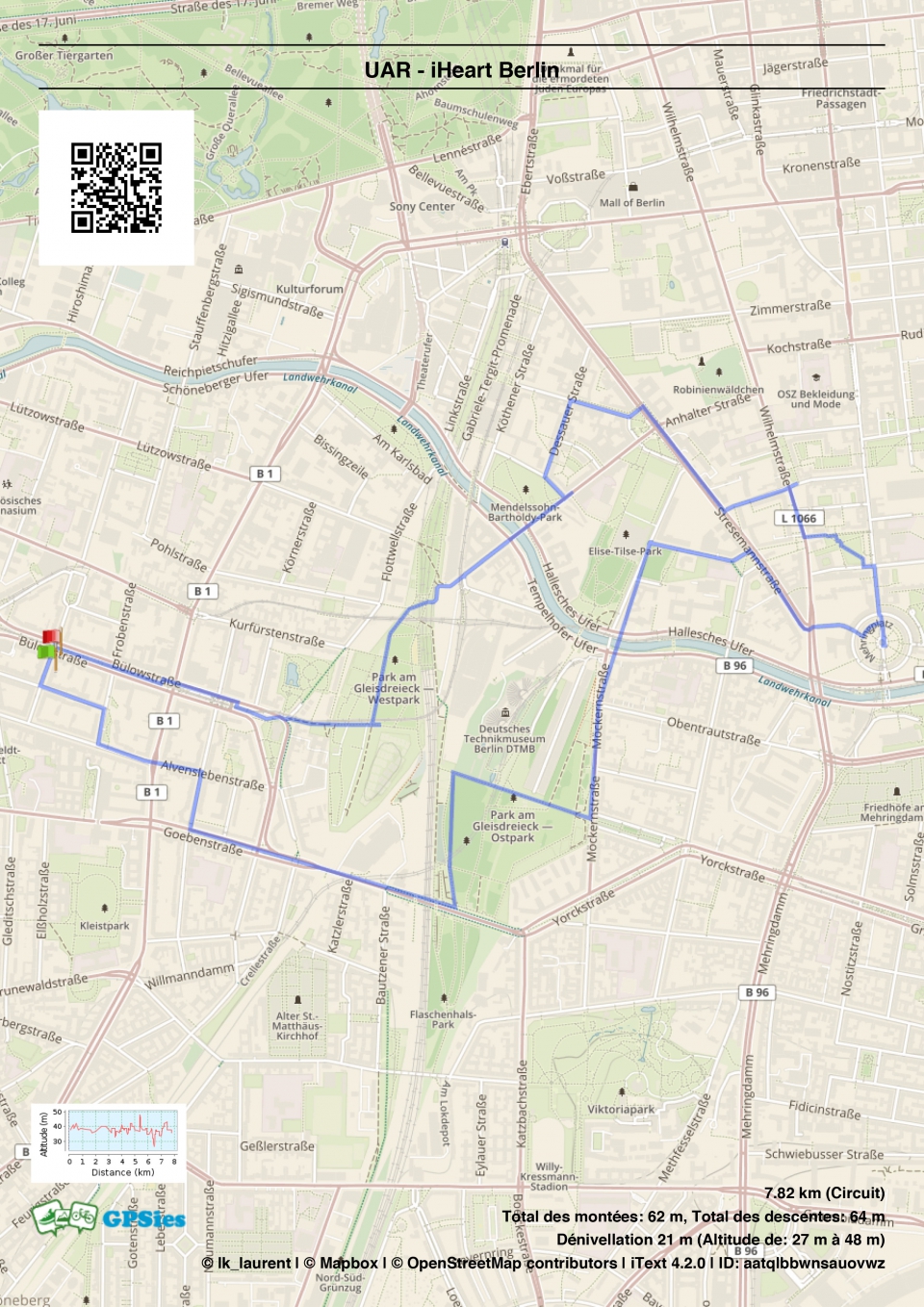 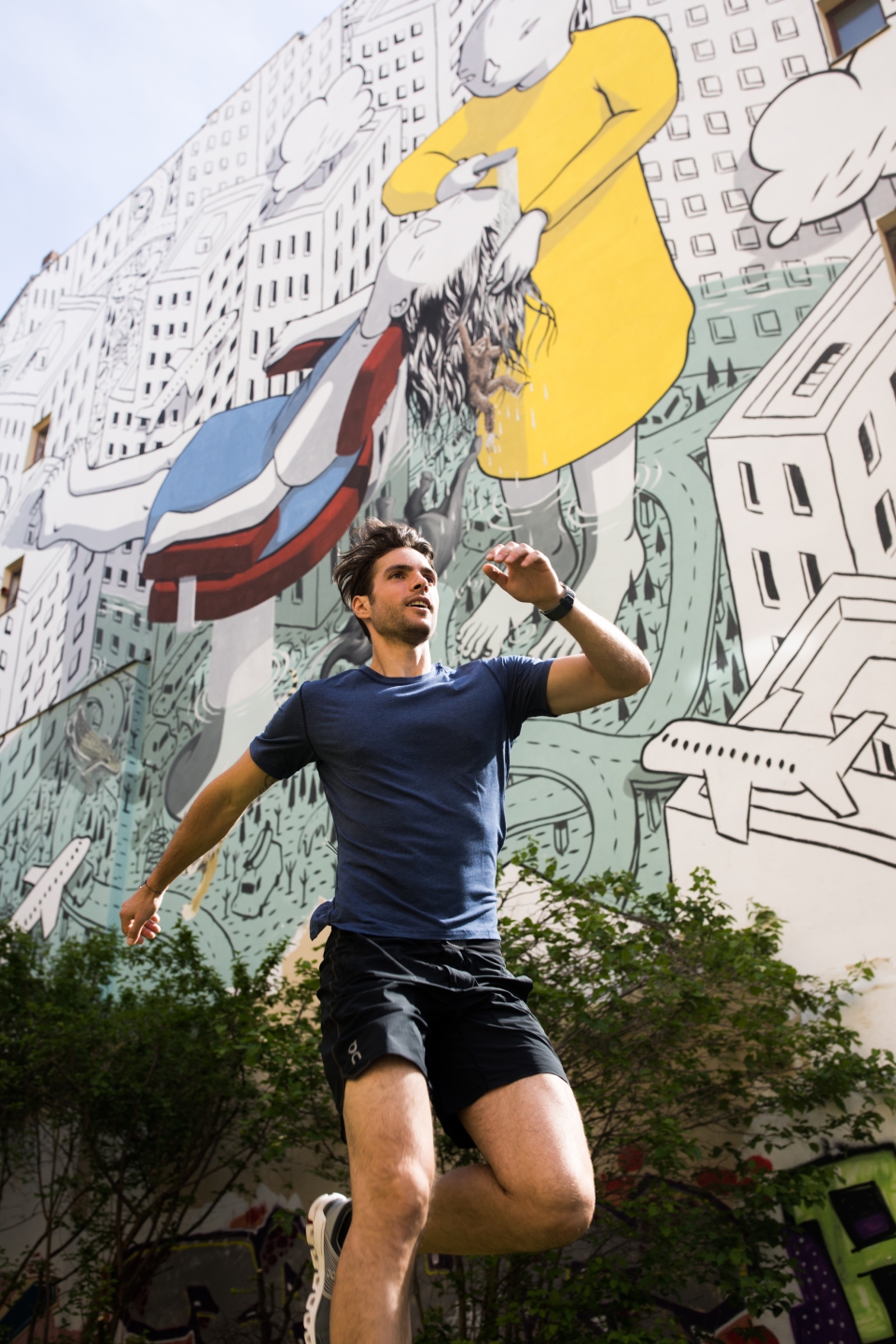 The Tiergarten is definitely one of my favorite running spot in Berlin, all year long. It almost reminds me of the great views of NY Central Park. With around 20 km of mainly gravel trails, it is a running paradise for locals and visitors alike. The different routes lead you through a variety of landscapes, forests, rivers, ponds, and even the zoo. Running around Tiergarten also gives you the chance to get a history fix with several of Berlin’s important landmarks such as: Brandenburg Gate, the Reichstag building (seat of the German parliament), Bellevue Palace (German President’s residence), the Congress Hall, the Kanzleramt (Chancellor’s Office), the remnants of the Berlin Wall, and the Soviet War Memorial. 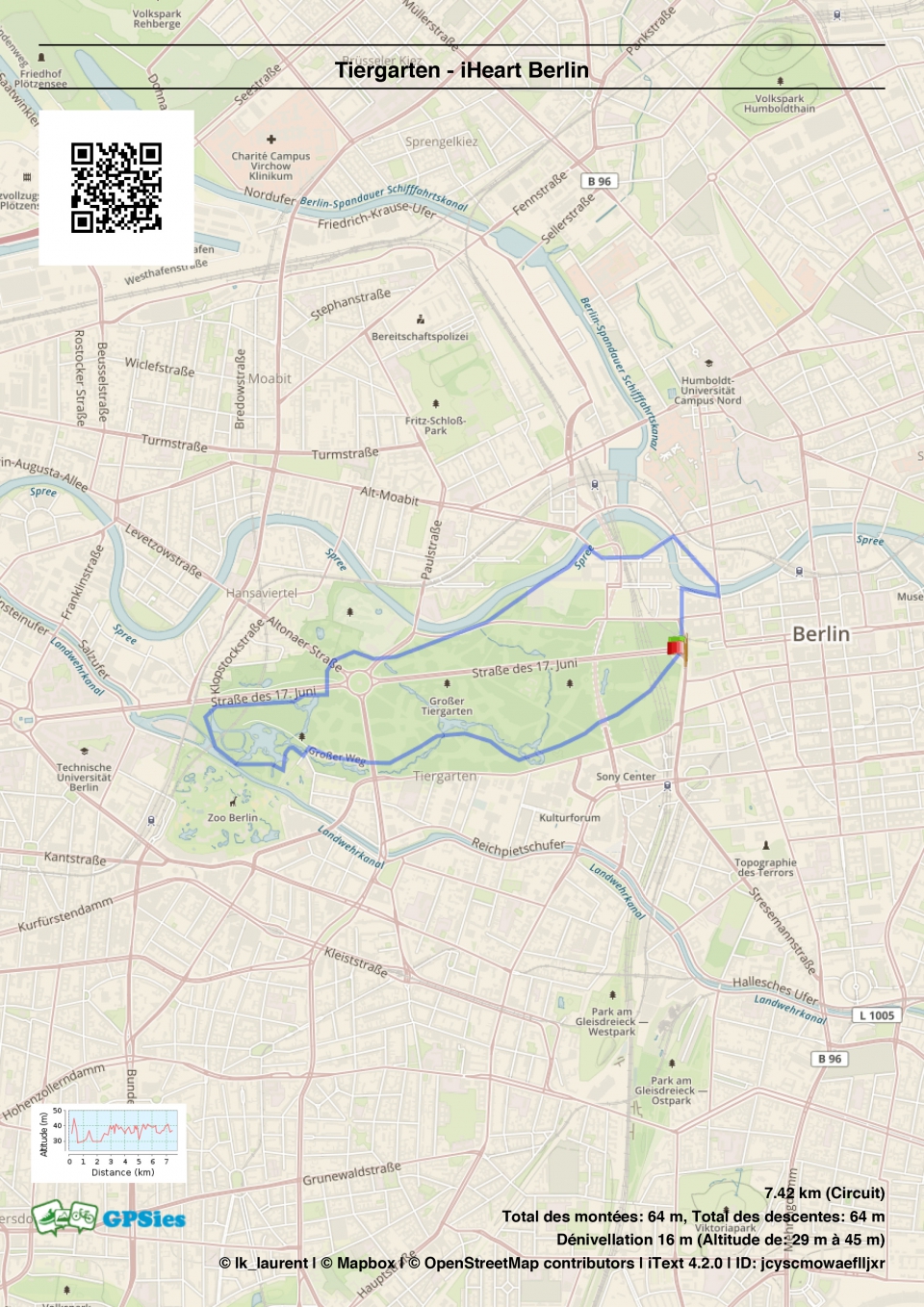 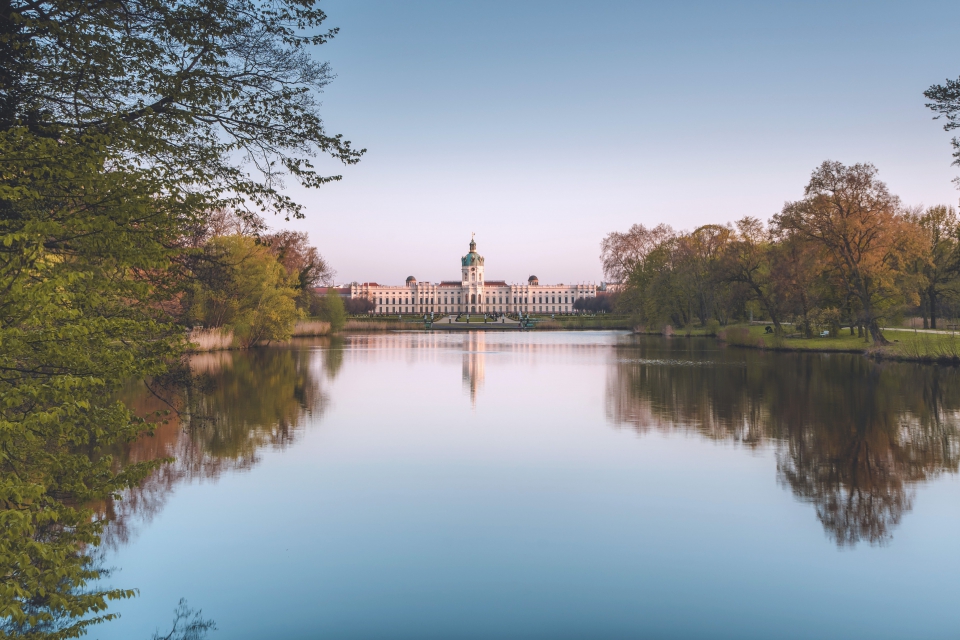 Mauerpark is surely one of the most popular attractions in Berlin on a sunny Sunday afternoon. It is well known for its flea market and giant live karaoke!

If you are in the area of Prenzlauerberg it is a great starting point for a 6-kilometer run that will lead you to the Volkspark Humboldthain, a sort of green oasis in the city. On your way there, you’ll pass on the Swinemünder Brücke from which you can watch the S-Bahn passing by. When entering the Volkspark Humboldthain you’ll get the magical scent of its unique rose garden. Continuing your way through the running trails you’ll have access to a stunning panoramic view over the northern part of the city. If you’re wondering where you are, well… you’re on a bunker from the Second World War (fun fact: the bunker is the third-largest winter shelter for bats in Berlin.) This park is clearly an adventure playground! You can also spice your run and complete hill workouts on one of the only good hills you can find in Berlin! Give this park a moment of your time if you are seeking a place of relaxation and refuge in the city.

Once back in Mauerpark. If you’re feeling for it. Next to it, you’ll find the Friedrich-Ludwig-Jahn-Sportpark which provides races tracks if you want to work on your sprints and techniques. Always a great crowd of runners to socialize with. 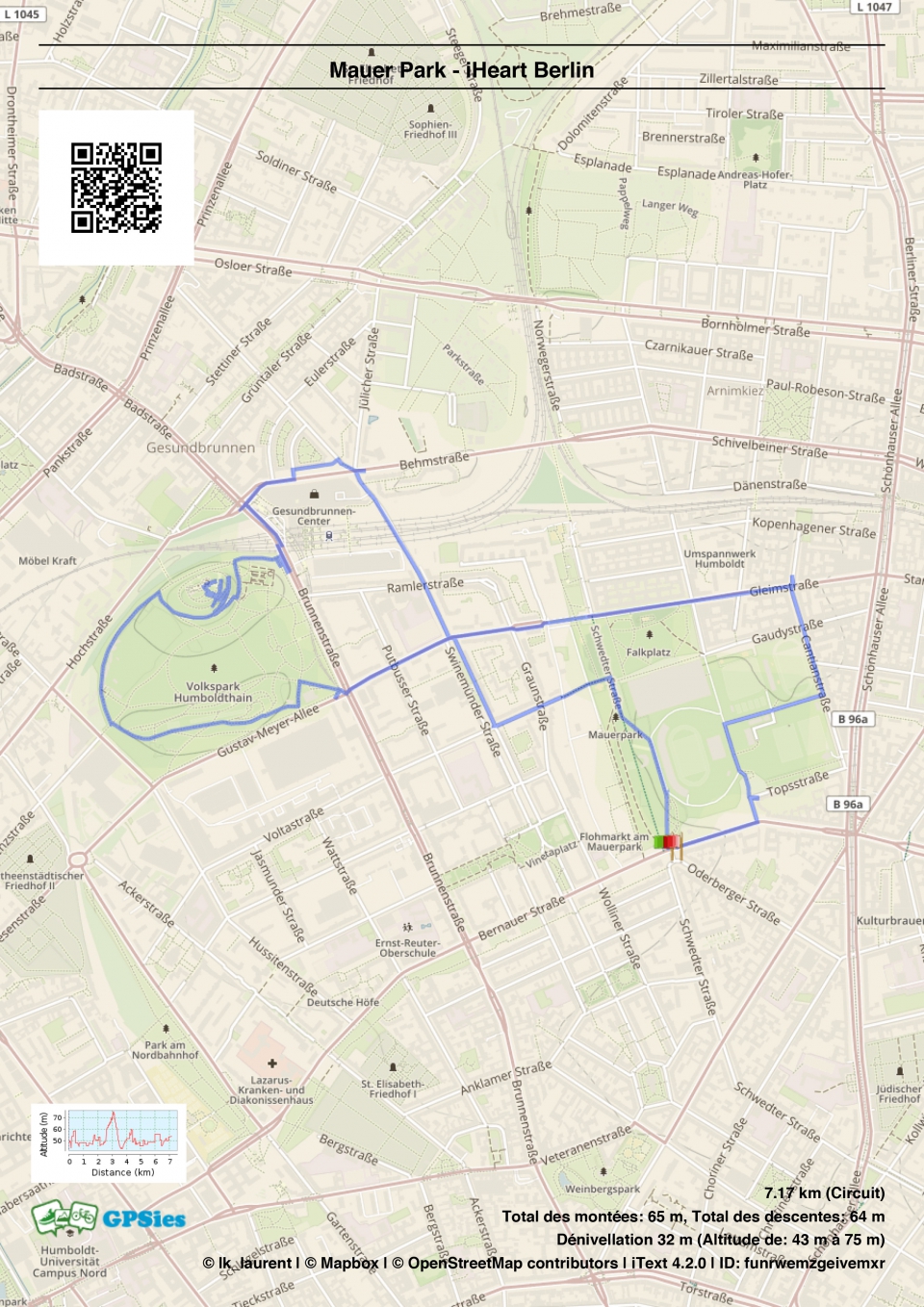 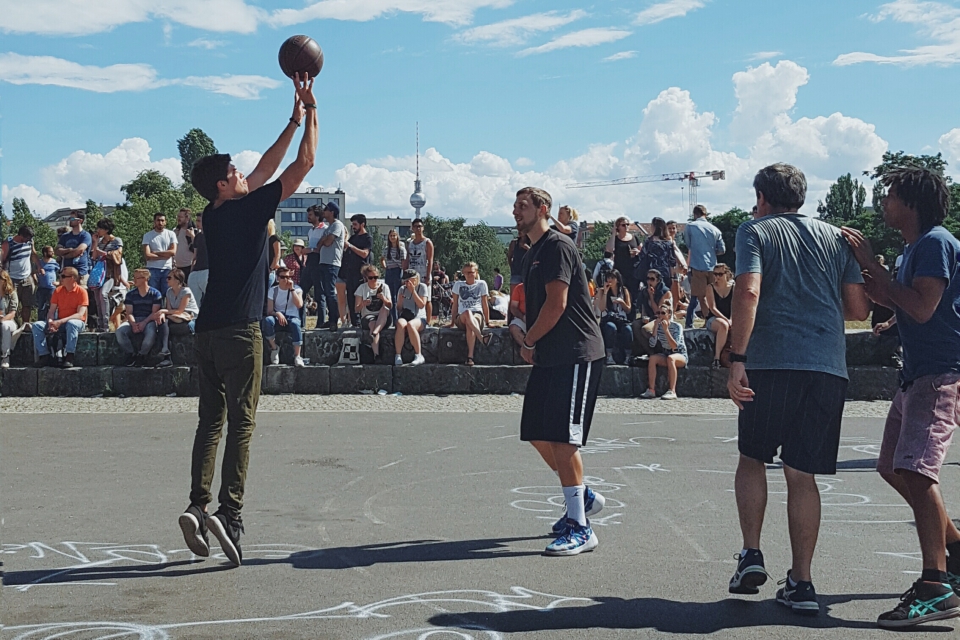 Even though I really enjoy to run in the urban environment, discovering cities, seeking for new art murals and hidden places, I also really enjoy going outside of the city for more adventures and peace. Recently, I discovered the pleasure of trail running and realized that the surroundings of Berlin are full of nice trail runs.  One of my favorites starts from Muggelsee and goes through the Teufelsseemoor Köpenick (not to be confused with the Teufelssee in Grunewald with its iconic spy station). For this one, I would recommend that you plan at least 2 or 3 hours in total. To make your way there you’d need at least 30mins from Kreuzberg with public transport (Bus 169 Rübezahl). If you come with a car, there is parking at the start of the trail. If you’re in good shape and have time for it, I’d recommend coming by bike.

If it’s your first time over there, an easy 10-kilometer run would be a perfect way to get a feeling of trail running. Since you’ll be going uphill and downhill, I would recommend you take your time to enjoy being outside of the city. Perhaps you can stop at the different viewpoints: Teufelssee, Kleiner Müggelberg, Müggelturm, Fernsehturm Müggelberge. If you can, try to reach the «höchster natürlicher Berg» where you can have an amazing view on Müggelsee. 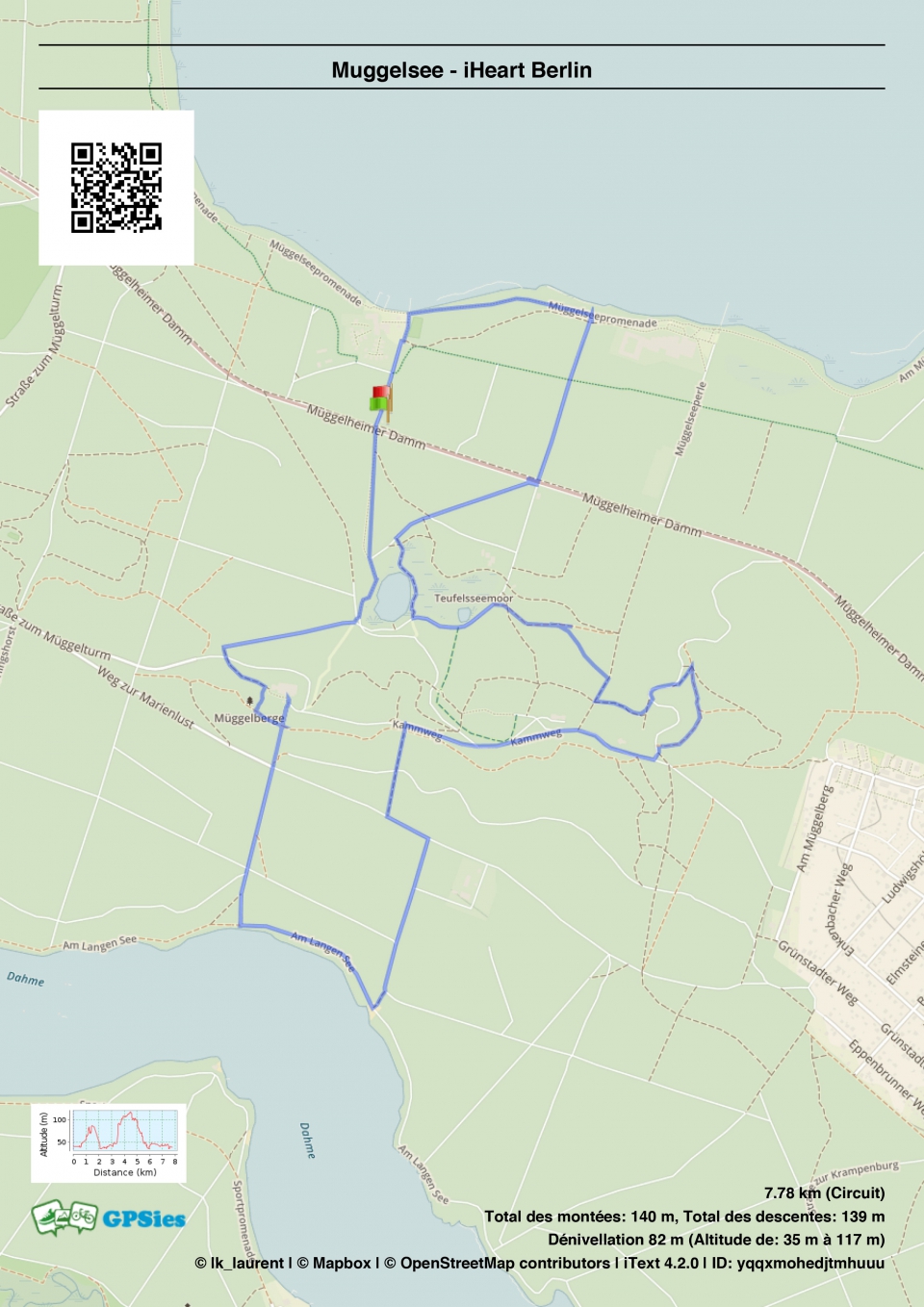 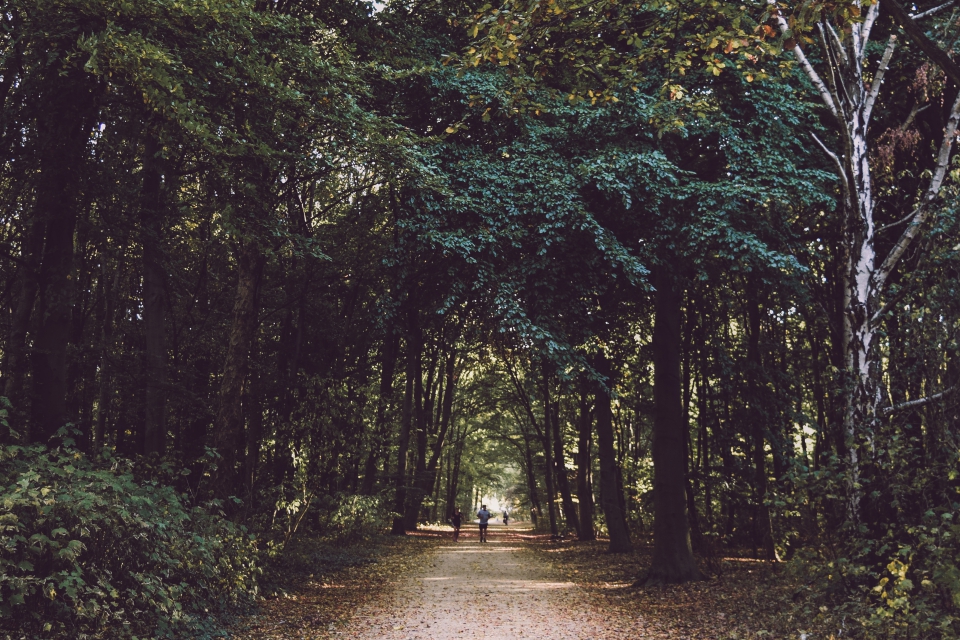 Laurent is the founder of Music On Walls, a project dedicated to the promotion of visual arts inspired by music. Through his passion for art and running he created the Urban Art Run Project together with a running app, Runlive.