A Literal English Translation of the Berlin Subway Map 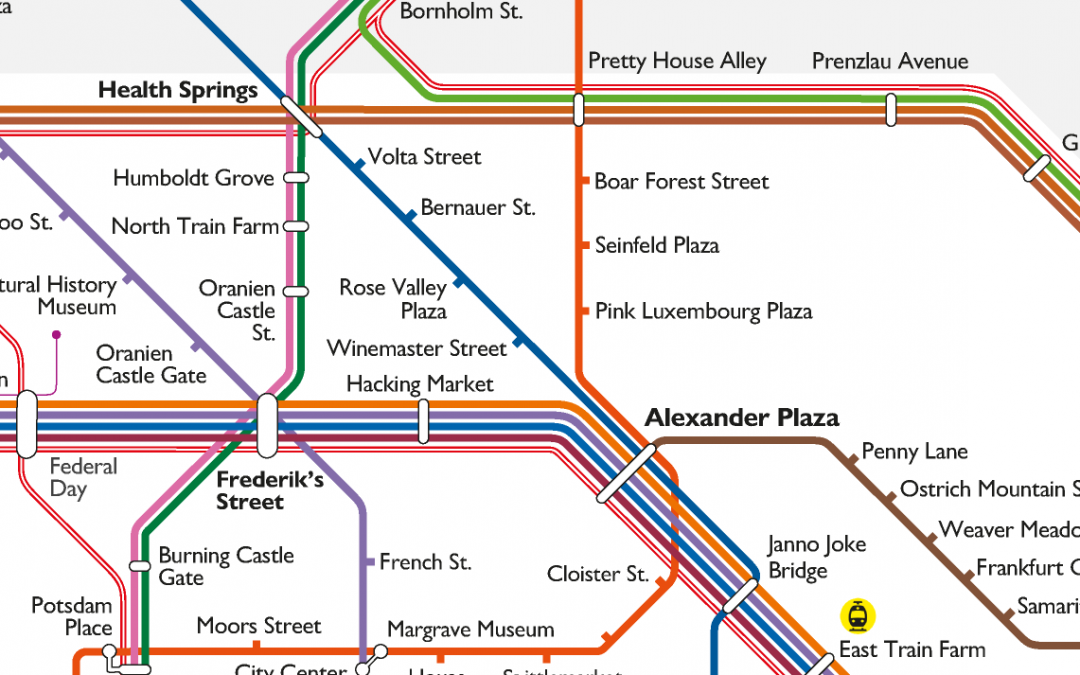 Everyone loves looking at Berlin through the familiar grid of its dense subway and train system. We did it to find the way to the cheapest rents, closes lake, or best burger – there is even a map with an improved design which you guys especially loved.

Now we found something new and we think you will like this at well – especially you lovely Ausländers. It’s a Berlin Subway Map with literal English translations of all the stations which lead to such hilarious word creations such as Seinfeld Plaza (Senefelder Platz), Janno Joke Bridge (Jannowitz Brücke), Shitbus Gate (Kottbusser Tor) or Virgin Heather (Jungfernheide). 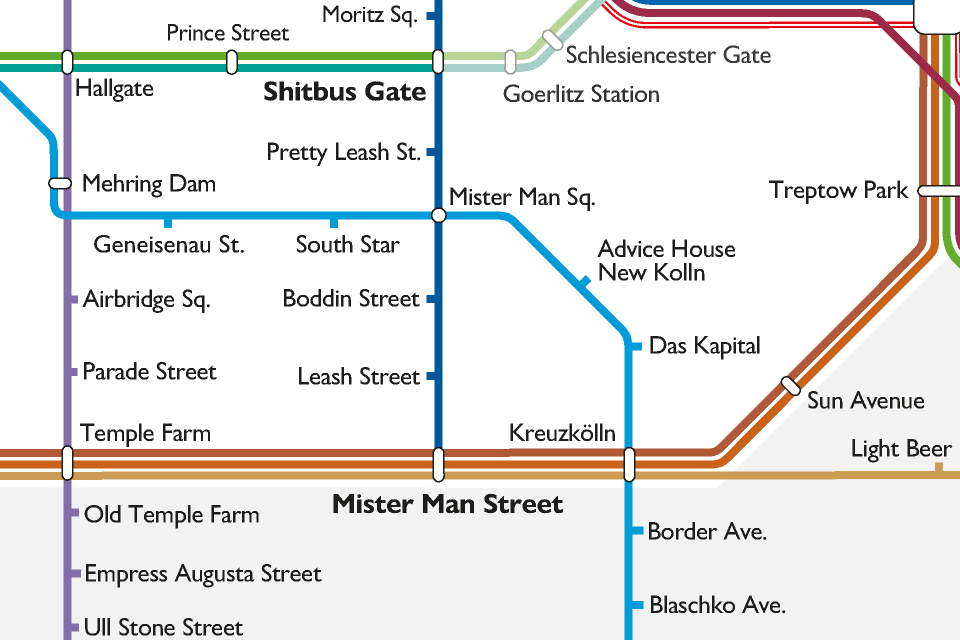 While some of the new names are word-by-word translations that simply make no sense in English such as Mister Man Street (Hermannstraße), others are more inventive interpretations such as Shampoo Street (Schwarzkopf Straße). No matter if you’ve been to any of these stations or not, going through the map is a real treasure hunt for unexpected puns.

The map was created by Barrington Russell from Metromashco, a British designer who got stuck in Copenhagen waiting for a tea shipment that never came. He’s already taken on various metro maps from other cities such as Stockholm, Oslo, and Paris which he translated literally, whimsically, questionably, or even belligerently into English. You can get all of them over in his webshop as poster prints. 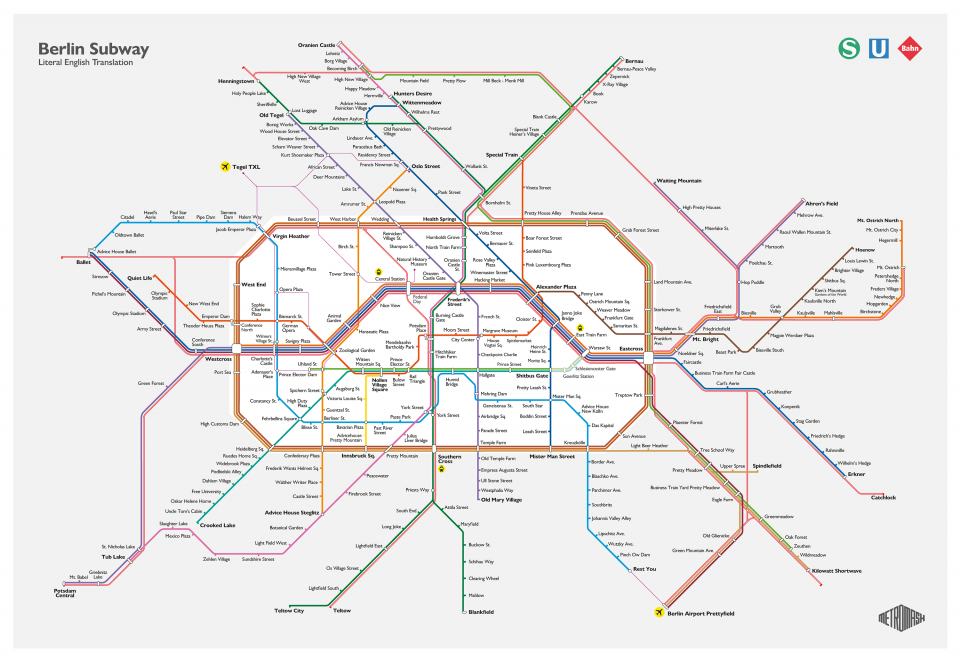