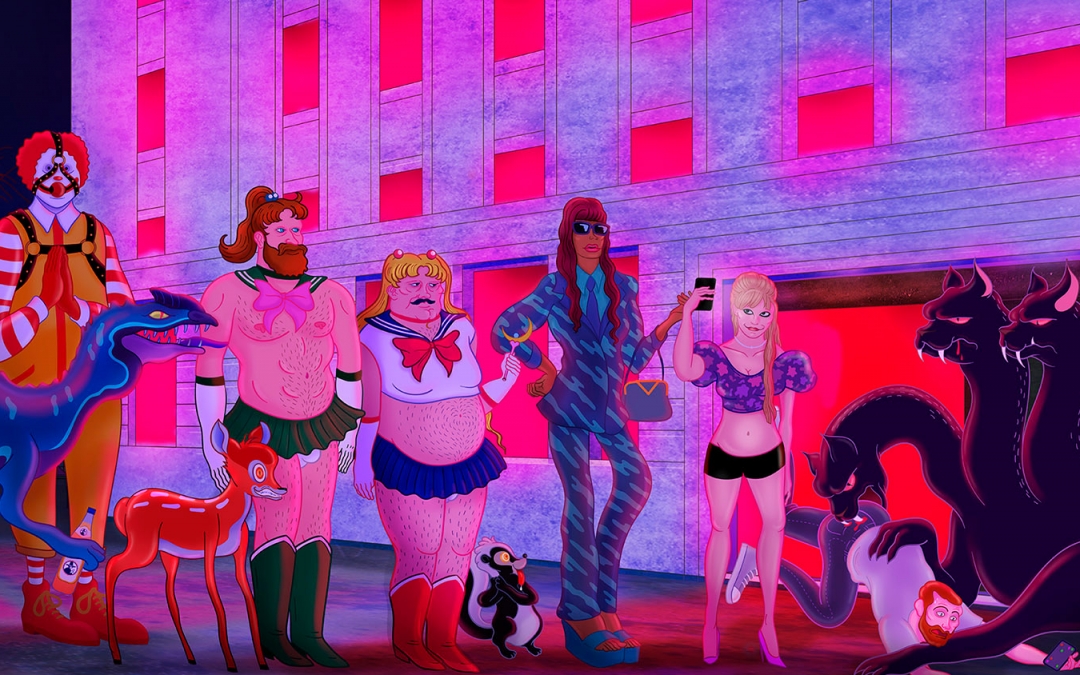 Even though clubs have been closed for over a year now, surprisingly, we haven’t really run short on news about Berlin’s famous nightlife places. From photography projects on clubber outfits, empty dancefloors, or outdoor raving, to virtual clubs and nightlife activism – there is always something to write about. And we are glad to keep the spirit alive this way, even though we’re all really craving for a party right now.

Artist and illustrator Nicola Napoli has also dedicated some of his time during the lockdown to work on a new nightlife-related piece. He’s blessed us already with various party-themed artworks in the past, but his most notable work might be the iconic line at Berghain that he first came out with back in 2014. It was one of our most successful articles of the time and it prompted a collaborative event and exhibition that we hosted together with him showcasing a new elaborate 10-meter long artwork. 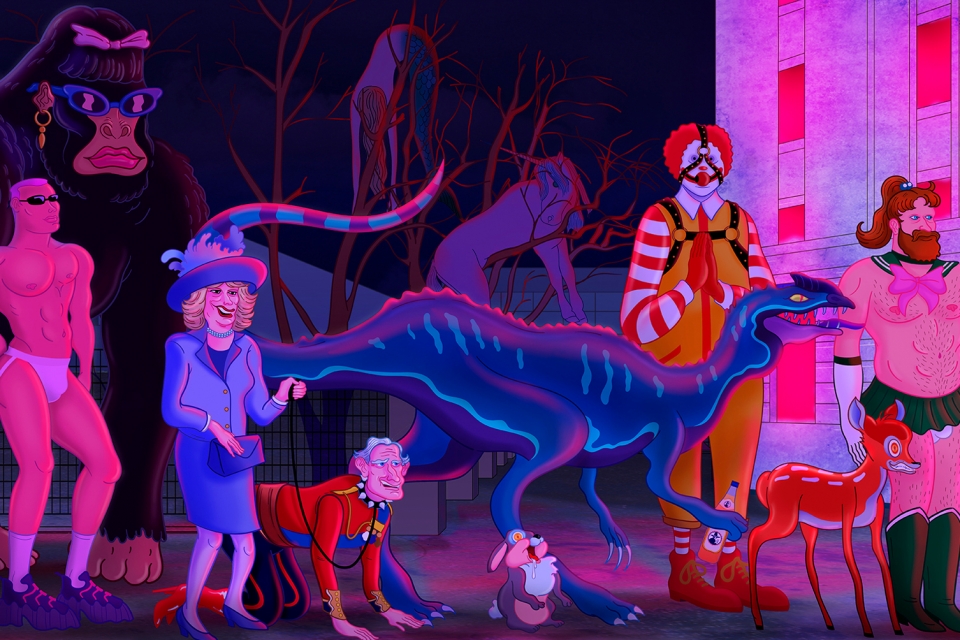 With all that has been going on at Berghain in the past years, Nicola thought it was about time to give his illustration a new twist adding some new characters that are trying their luck at getting into the enigmatic techno temple. We can only assume the changed line-up is a reflection of the artist’s view on the current state of the club and maybe even Berlin’s nightlife at large that has become more commercialized and exclusive than many would like. The little detail that even a Berghain regular who already has many stickers on his phone did not make it past the bouncer did not go unnoticed here. I would not be surprised if the recent scandal about the highly criticized exclusive fashion show of an Italian luxury brand at the club during the height of the lockdown has played a role here.

Hover over the image or tap to see it animated!

But maybe we are also reading too much into this and it’s all about the fun of imagining if our very own chancellorette Angela Merkel, Prince Charles and Camilla, or Britney Spears were to attempt to get past the strictest club door of the city. Either way, we love the new version of the iconic illustration and we hope you do, too!

You can order a print of the illustration over at Nicola’s webshop. 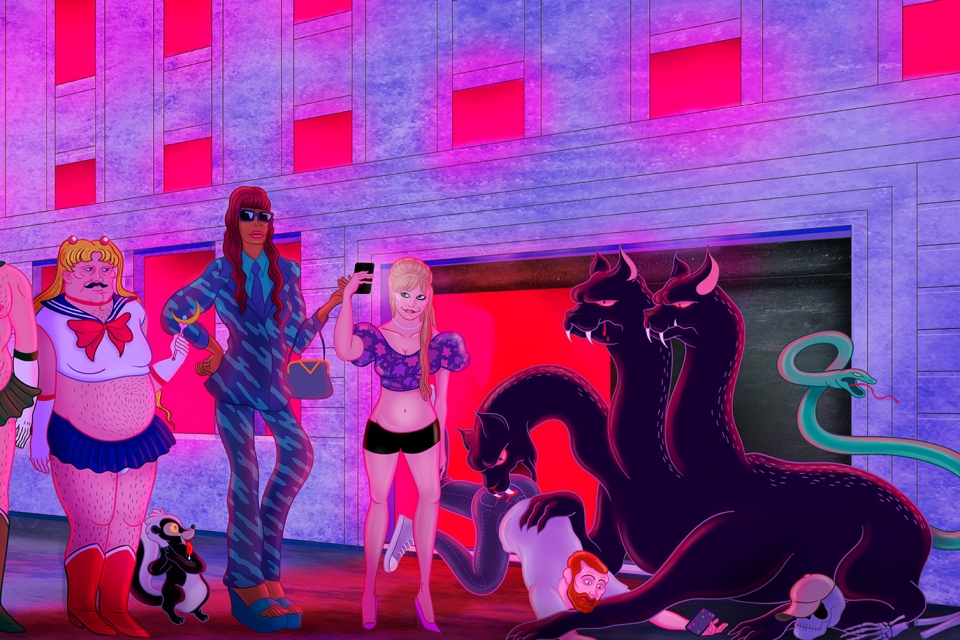