All You Need: The New Gay Berlin TV Show and 3 More Queer Shows to Watch 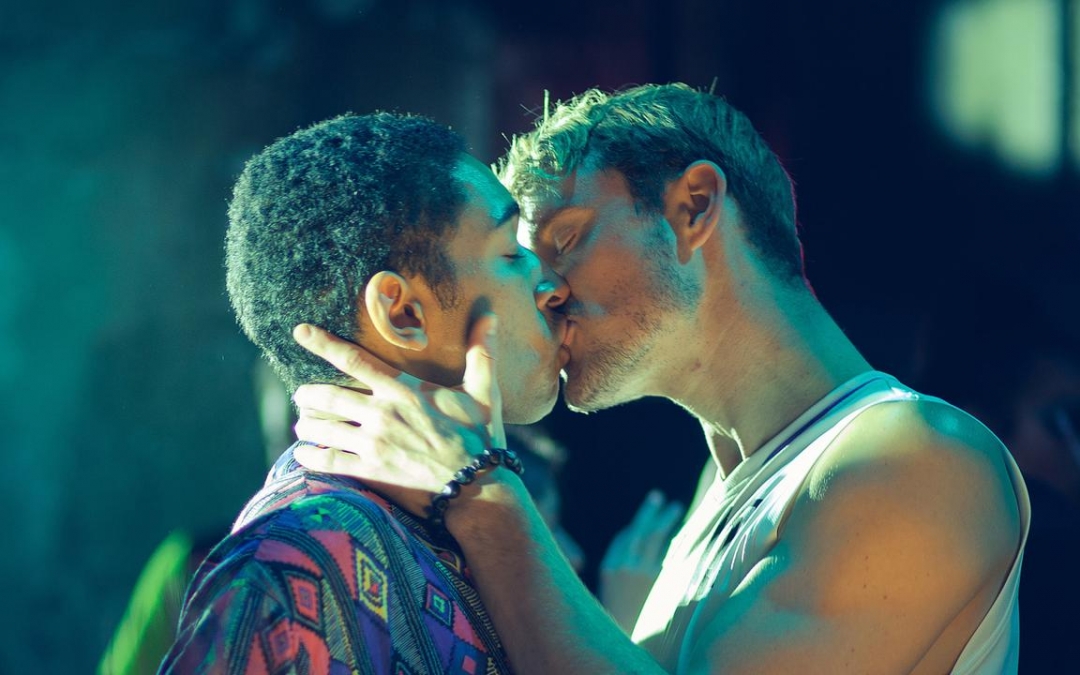 When I look around the TV landscape of recent years I feel quite happy that there are so many shows right now representing LGBTQIA+ people and issues, and that they are no longer just minor storylines of side characters but they’ve also become the center of attention. When I grew up the only show there was Queer As Folk and not much else in the decades after, so no matter if you liked it or not, it was a must-watch and highlight for gay guys at the time.

To see a fully gay show as the first thing on the main page of the ARD Mediathek (German’s major public TV channel) felt really good today, I have to say. I was half expecting they would hide it somewhere in the archive and you would have to search for it, but no, it’s pretty in your face. Correct me if I’m wrong, but I think All You Need really is the first German TV show exclusively dealing with gay men as the main characters and getting such a prime spot. And I think the show really deserves to be put in the limelight – it’s a great-looking show, with likable characters and a solid story. A lot of the people involved have done a really good job and a warmly recommend watching. 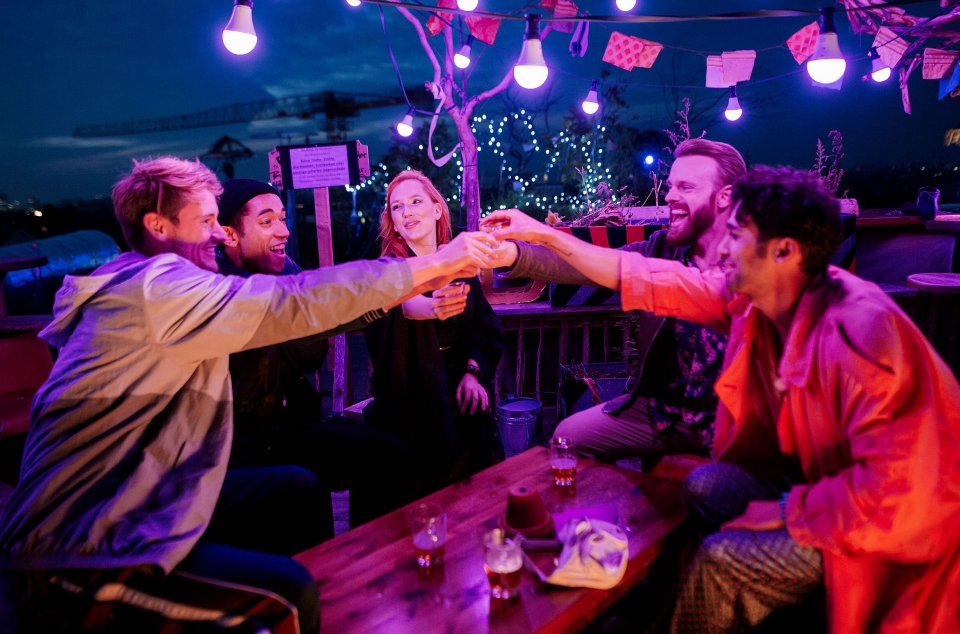 However, the show comes out at a time with a lot of high-profile international competition that set the bar really really high. Just think of Pose and Euphoria – such excellent shows that portrait authentic and diverse aspects of queer life in ways we’ve never seen before on TV. So if you’re watching All You Need after everything else that’s out there right now, it might come off as a little too tame, not really progressive, and especially not exactly queer. But you know what? I think that’s totally ok. It kinda represents the more understated and modest style of storytelling from German TV shows and film and from that perspective, it’s quite authentic for German production. And I’m totally down for it.

The show tells the story of a small group of gay men in Berlin who go through the motions of love and life. The level of drama these guys encounter might come close to what we’ve seen in the HBO show Looking from 2014 which probably makes it more relatable to a wider range of people than those other shows that deal with very specific and heavy trauma. Especially the main character Vince portrayed by Benito Bause is very enjoyable to follow around and I’m really glad they chose a black man for the role which shines some light on intersectional issues that queer BIPOC are faced every day.

What also impressed me was how graphic the sex scenes are in this show, which we probably have “intimacy coach” Matt Lambert (hey gurl!) to thank for. How often do shows with gay characters shy away from showing the same level of action as their straight counterparts in the same production? But All You Need is definitely not shy on that front and I’m here for it!

Probably my biggest disappointment and my only real beef with the show is that the casting seriously thought it’s ok in this day and age to hire only straight actors for the main parts. You heard that right, and I’m sorry to burst some bubbles here. I’m not saying LGBTQIA+ characters should forever and always only be played by actors that define themselves as such. But seriously, we all know how stigmatized coming out as an actor* still is today (just listen to what the 185 queer actors* who just came out in an exclusive SZ story a few months ago have to say on the matter) – but I think until it’s completely normalized for actors* to not have to hide their sexuality and gender identity and actually play any type of role we should definitely give a preference to openly queer actors* to play the few queer roles there are and by that tell their own stories. For a casting director to say that they didn’t base their casting decision on the actors being gay or not is the same as saying “oh we were open to hire a woman for the manager position but the men were just more qualified”. Sorry, that’s not enough. I’m pretty damn sure that plenty of the 185 queer actors from the #ActOut manifesto would have been great for the roles in All You Need. Just saying…

All You Need is now streaming on the ARD Mediathek, unfortunately only in German and without any subtitles even though they chose an English title.

But as I mentioned, All You Need is not the only show out their about LGBTQIA* life (though the only one taking place in sexy ol’ Berlin that’s looking really cute btw.!) Here’s a couple more recommendations:

This British show was pretty hype a few months ago and I get why because it’s very well done and SO intense. It deals with the AIDS crisis in the 80s and gives a perspective we’ve might not have seen before on the topic that explains pretty well how it could get so bad. Watching this show during a pandemic of an airborne virus that killed millions of people worldwide it really gives you a perspective on the HIV/AIDS crisis in ways you probably didn’t see coming.

But to be very honest. It’s a Sin was not my favorite show on the list here. As British have a tendency to paint their characters in such extreme ways they managed to make most of their protagonists pretty unlikeable (to me at least) and even though this was heavily criticized the highlight of the entire show was brought by a straight character – the mom of one of the gay characters – that was so well-acted and so complex and chilling that it really turned it around for me in that moment.

We Are Who We Are

This show is by for more quite and introverted than the previous one in my list. It comes from Italian director Luca Guadagnino who also brought us Call Me By Your Name (I seemed to be the only person who thinks this film was a bit overrated…). It tells the story of two teenagers who meet at a military base where their parents work and plays out the contradicting mindsets of both of their families and their own discovery of their queerness. I loved this show, it was incredibly sensitive and heart-warming and overall a great story perfectly capturing the complexity of queerness for young people today where nothing is so black and white as it used to be when you were either gay or straight.

I’m coming now to my absolute favorite on the list. I respected the odd spelling of the show’s name that made it really hard to google and even to find on its own streaming platform. I hope the show will succeed despite the bad choice of spelling.

Just like the previous one in the list this one is about teenagers discovering themselves. But the framing is completely different, because their queerness is (for the most part) already normalized, so they deal with normal drama, but being queer while at it. I loved this approach and I loved how many aspects of the LGBTQIA+ spectrum they managed to tackle here. The show does not go as deep and tragic as the other ones on the list, it’s more light-hearted and innocent. But I think this is exactly what makes it so enjoyable.

And I love love love the main character of Chester who I cheered for every second of the show. He’s an openly gay flamboyant teenager (played by an actual gay guy) who lives his school life being respected by his fellow students and not bullied which would be the traditional storyline for gay teens. He is a complex character with a compelling storyline and I really wanna see where things go for him along with the show. genera+ion was actually written by a teenager and produced and directed by her gay dads which really translates into an authentic and relatable story. I find it amusing how the show sees adults only from the perspective of teenagers, which is absolutely embarrassing in every second they appear. That was hilarious to me.