The Amazing Female Chefs of Berlin 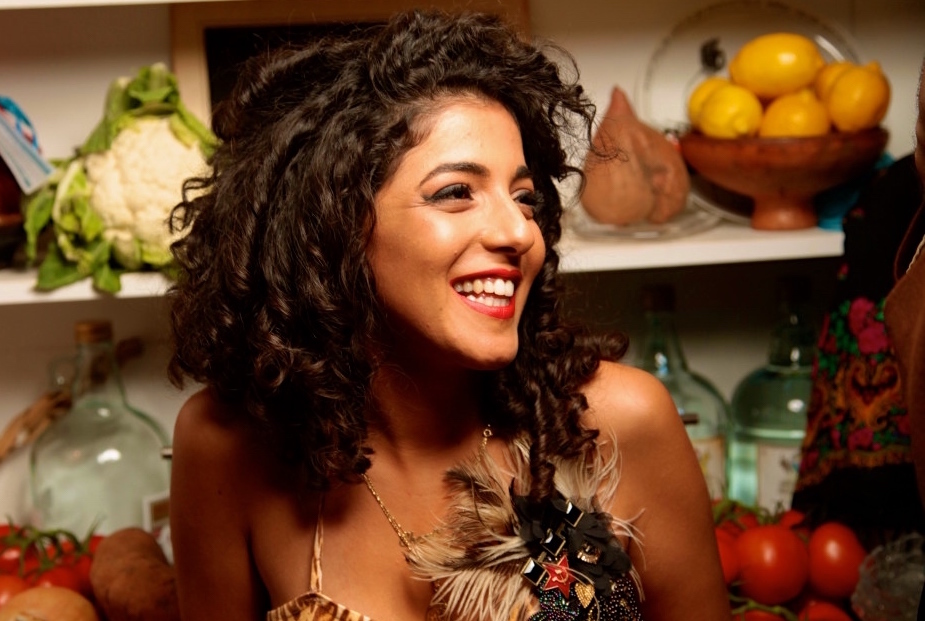 The gastronomy scene of Berlin has lacked a bit of gender diversity for far too long. Gladly, this seems to be changing now, with more and more female chefs and restaurant owners rising up. We’re all in for some more female power in every genre so we took it upon us to introduce you to six talented female chefs in Berlin, who grab the gastronomy scene by the horns and keep creating new opportunities and perspectives for women in the industry.

Dalad Kambhu grew up partly in Bangkok, partly in New York and feels at home in both cities. She decided to move to Berlin in order to grasp the possibility to open up her own Thai Restaurant named Kin Dee. Her time in New York inspired her to start cooking and creating the flavorful dishes that she missed from home. Today she creates insanely tasty Thai dishes at Kin Dee, with flavorful pastes that she makes herself, fresh vegetables and only organic meat.

Dalad is excited about the female chef community in Berlin, the way it expands and to be part of the growth. In the future she is looking forward to work with more inspiring female chefs in Berlin and is planning to host more dinners at Kin Dee to bring the female cooking community together. 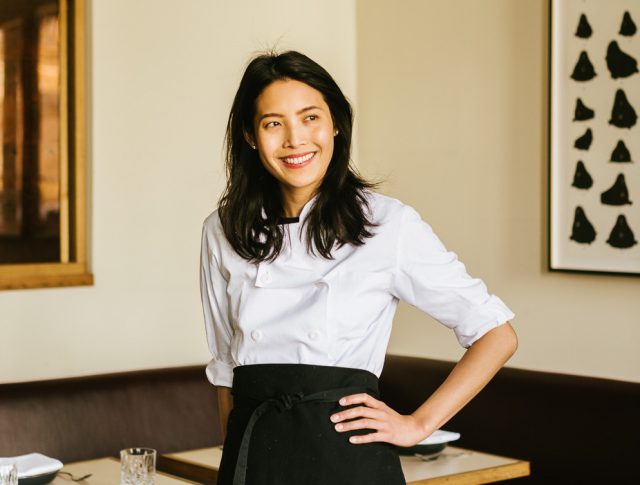 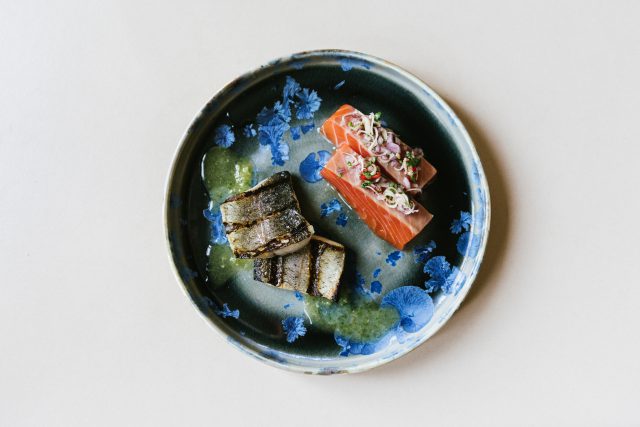 Shani Achiel grew up in a small town close to Tel Aviv, and left Israel in 2014 due to love and war, and made the move to Berlin. The love for food runs in her family. Shani enjoys to make simple dishes with tasty but simple ingredients, like good olive oil and fresh vegetables. Having settled in Berlin she caught up on the Berliner lust for new culinary experiences, took a leap of faith and opened up her own restaurant named Yafo, which she runs today with her dedicated team and insanely skillful cook. Yafo promises great, fresh food plus an atmospheric bar with cool music to meet your friends, have a drink and share a meal. In 2018, she opened up her second restaurant in Kreuzberg named Shishi, presenting sexy but elegant street food for you to enjoy.

Shani is also going to speak at Frauenforum-Foodservice, a conference for women in gastronomy about the need for women in the gastro scene, how women need to dare more and realize that they are needed in this field. 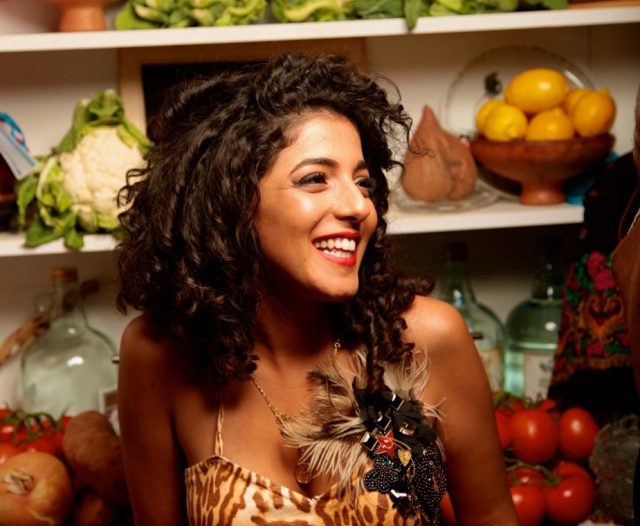 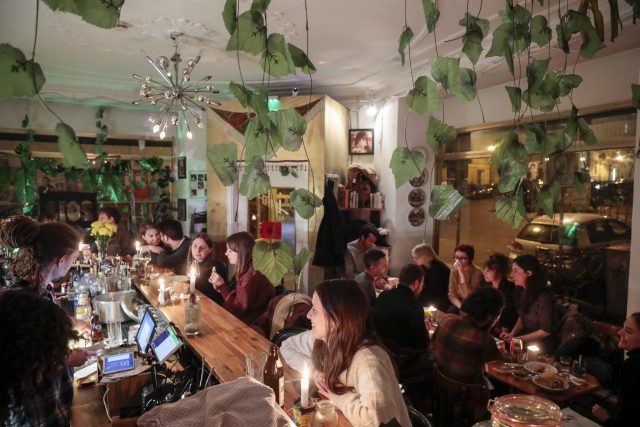 Vegan chef and food activist Sophia Hoffmann is truly a jack of all trades. With her background in journalism in combination with her passion for vegan cooking, her first vegan blog was born in 2011, followed by various publications of her food columns in German magazines. In 2012, Sophia started her own catering business, hosting pop-up dinners, events and cooking classes. In her community she is best known for her all natural, colorful and playful choices of food. Her red, black, purple and green breads and pastas have become signature dishes! Today she is an author of two vegan cook books and runs her own successful podcast “Vegan Queens”, that will continue with season 3 in may. She is also an active member of the Feminist Food Club, an all-female gastronomy network based in Berlin.

Sophia also works to raise awareness for food waste through Zero Waste Cooking workshops and is respectively dedicating her next cook book to the same matter. For the future – and fans will get excited here – Sophia is thinking about opening up her own restaurant! 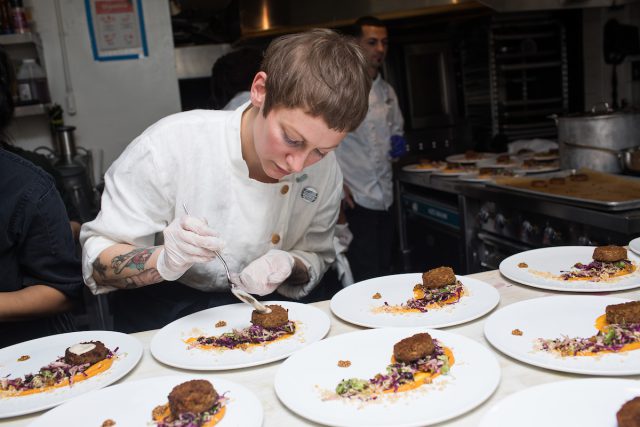 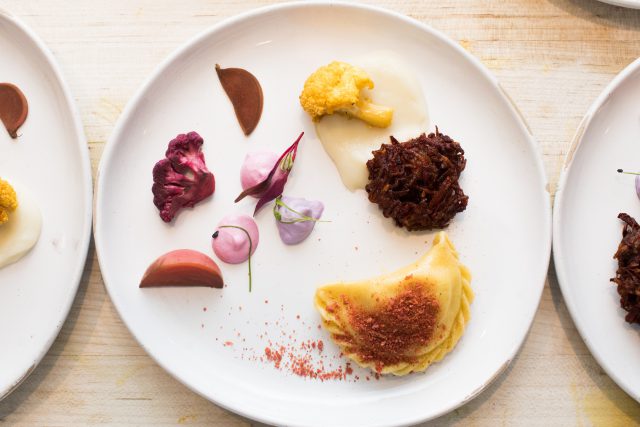 Daeng Khamlao was born in Bangkok and moved to Germany at the age of 4. Early on, her mother sparked her passion for cooking, as she tried her most to recreate their beloved Thai dishes, with all its wonderful flavors, at home with all homegrown ingredients. When Daeng moved to Berlin 16 years ago, the asian culinary landscape was devastating. As a noodle enthusiast, she is dedicated to show us, how asian cuisine is not only about fried noodles with vegetables.

With said enthusiasm she opened up her own restaurant, The Panda Noodle, focussing on perfecting her favorite dish: noodles (of all variations). From China, Korea, Japan or Thailand – every noodle fan will find his favorite dish with Daeng and her dedicated team. To her The Panda Noodle feels like her kitchen at home, with an extended living room where people come to chat and eat our food. For this year, Daeng is planning to have pop ups with some of Berlin’s finest food entrepreneurs at The Panda Noodle and for Spring and Summer she cannot wait to serve you fresh juicy fruity noodle dishes and freshly squeezed juices! 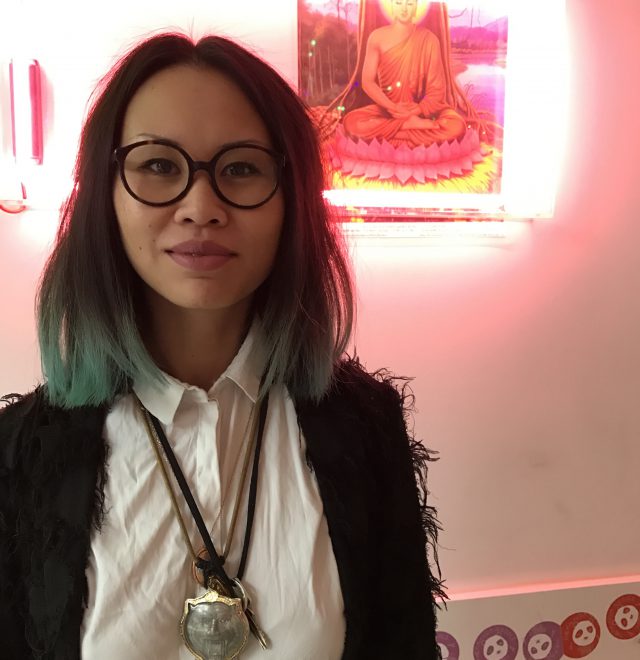 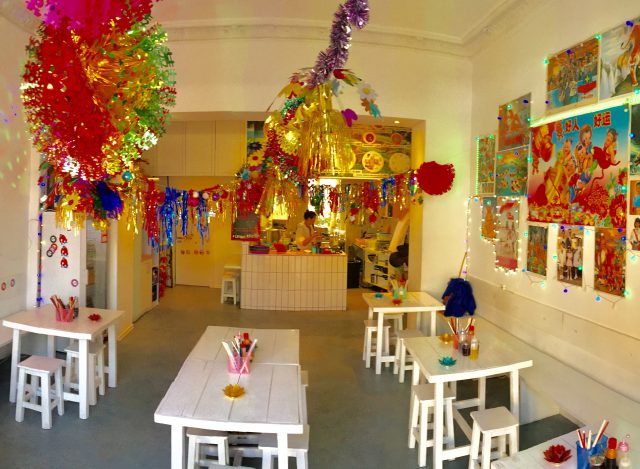 Shabnam Syed was born and raised in London. Her family is from Pakistan which is where her passion for cooking is rooted. Before her cooking journey began, she used to be welfare officer in schools in London for about 10 years. Shabz’ adventurous spirit inspired her to move to Berlin, where she instantly loved that all food cultures are appreciated and cultivated. She started out by hosting pop-up dinners in 2015, that were so successful, that she moved on to joining the Markthalle 9 soon after.

Today you can taste Shabz fantastic food at various street food markets and venues or book her catering service Mama Shabz. She and her team are looking forward to taking you to Pakistan with fresh spices and flavors with organic ingredients. 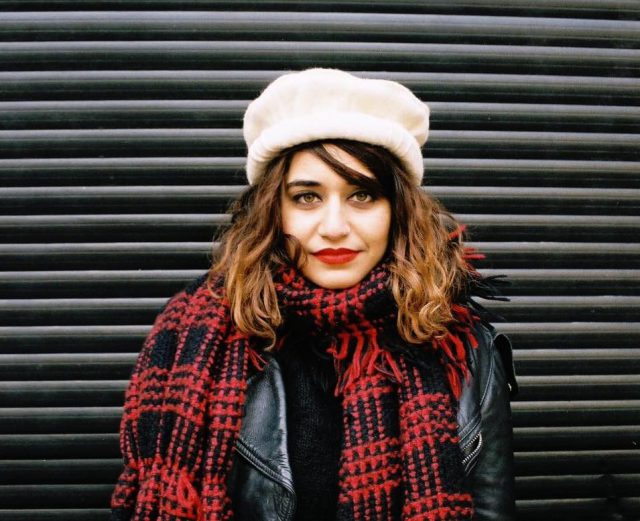 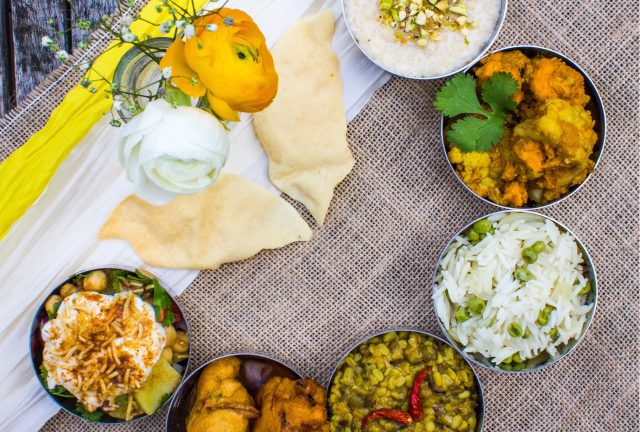 Venezuelan cook Marina Caldera grew up in Caracas and moved to Berlin with her husband, after she finished her masters degree in Urbanism. Having always been interested and obviously insanely talented at cooking, a friend of hers offered her a food stand at a flea market. This is where her journey begins. Instead of offering cakes and cookies at her stand, Marina presented delicious Venezuelan food and specialized in making Arepas. From this, the idea of her own restaurant grew until she opened up Kärrecho, first as a pop-up restaurant and since 2017 as a permanent restaurant at Ostkreuz.

She loves the curiosity Berliners have in terms of new tastes and flavors, which also inspired Kärrechos food philosophy: Keeping the Venezuelan taste and essence in every dish, while adding the flavors us Berliners know and love. From Arepas with hummus to pork cooked with Schwarzbier, Arepa lovers are not true Arepa lovers, if they haven’t visited Marina! For the future Marina plans to expand Kärrecho’s menu and play with new flavors and textures as well as learning new cooking techniques, to make you even more of an Arepa fan! 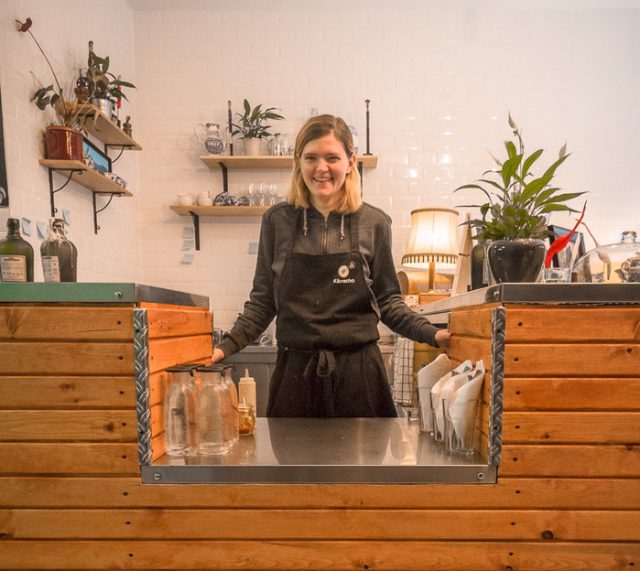 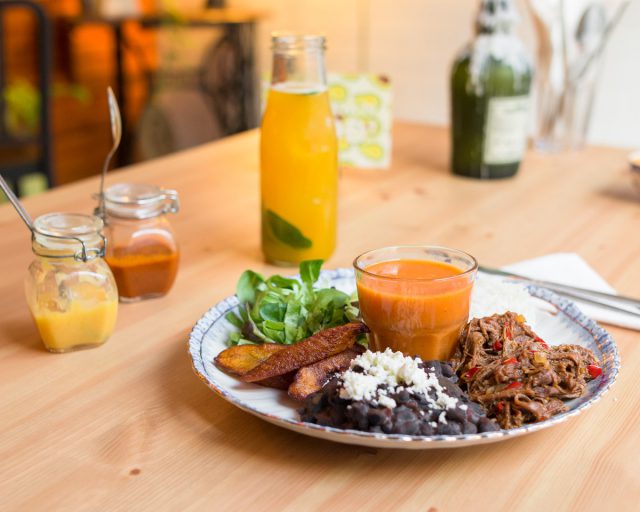