END_OF_DOCUMENT_TOKEN_TO_BE_REPLACED

How Classical Music can give you the right Break from Reality

We all have been there: Struggling with the apartment hunt or the job situation in Berlin, questioning the stability of your relationships or just being upset because the right twist to enjoy your everyday life is missing.

Listen, I can give you the quickest antidote to all this mental bullshit. It’s classical music. Believe me!

But let’s start the story from the beginning. For two years now we have been organizing a unique picnic for our readers and writers to enjoy the classic open-air event Staatsoper für Alle in collaboration with Staatsoper Berlin.

END_OF_DOCUMENT_TOKEN_TO_BE_REPLACED

Classical Music is a special treat in your everyday life. If it would be a dish it would be like a delicacy you need days to prepare and as soon as you taste it you know that all the effort was worth it.

Berlin has many places to enjoy classical music. Some are prestigious and elegant, some are more unconventional. One unique setting we have enjoyed in the past two years is the open-air classic concert series Staatsoper für Alle. Organized by Staatsoper Berlin in collaboration with BMW there will be an Opera screening on the 15th and a live concert from the Staatskapelle on the 16th of June at Bebelplatz. And the best thing is: the concerts are completely free and accessible to everyone.

Last year we started the idea to offer a little special for our iHeartBerlin readers that are as into classical music as we are. Before the concert on the 16th at 13.00, we will provide a picnic starting at 11.30h with drinks and snacks for 3×2 readers that we will pick in a raffle. So you can listen to the concert on Sunday 16th and enjoy a delightful brunch with lots of sparkling wine and us as your hosts.

END_OF_DOCUMENT_TOKEN_TO_BE_REPLACED 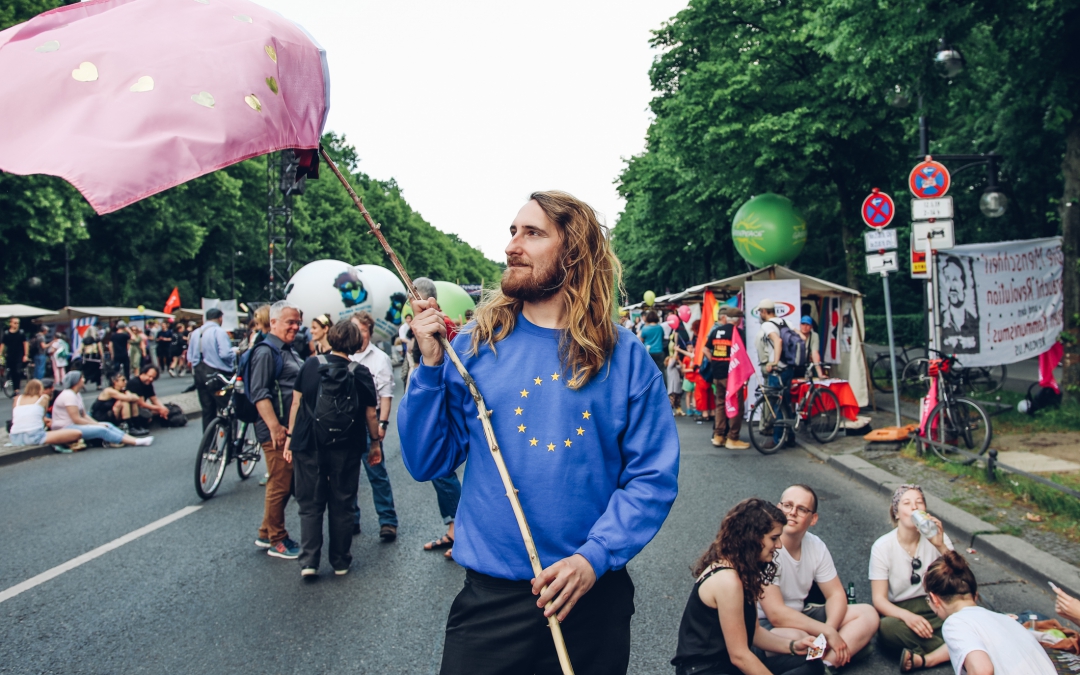 Berlin has Europe in its Heart

At the last European Elections in 2014, only 46,7% of Berliners went to the voting booth. This number is fucking disturbing because this means that less than half of the population even cared to make Democracy work.

But in 2019 we can’t afford to be that careless anymore. In the last couple of years, the rise of populism and anti-Europeanism made it clear that we can’t go on with our lives and leave the boring government stuff to the politicians. They will fuck it up if we don’t initiate a movement and start a counter-revolution to these reactionary forces that are unchallenged.

Yesterday, we were again proud of Berlin for showing up and making noise for a progressive and positive European Democracy. One week before the elections for the European Parliament over 25 000 people walked through the city to demonstrate for a free, human and ecologically aware Europe.

END_OF_DOCUMENT_TOKEN_TO_BE_REPLACED 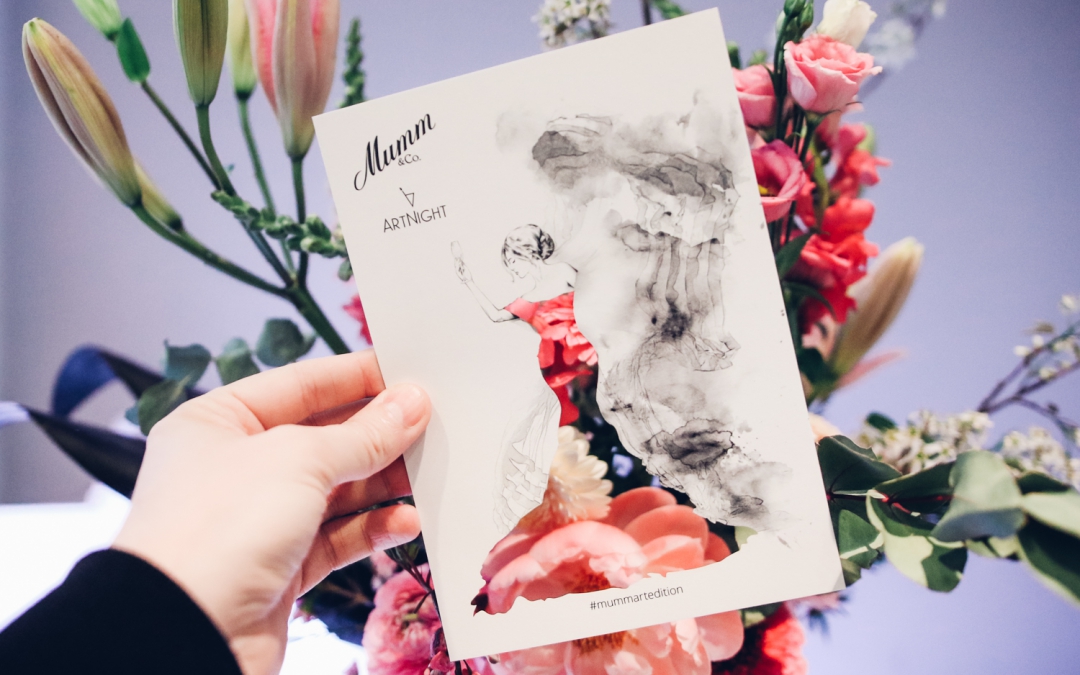 Watercolors and Bubble Fun at the Mumm ArtNight 2019

Do you remember your first art class at school? Where you were allowed to play with watercolors for the first time and be fascinated by how the colors lose their saturation when you use more water? Now think about the whole experience with a glass of premium sparkling wine in your hand and with your best friends by your side. This is the moment you might wonder what kind of ‘results’ your art class would have brought to light back then under these circumstances :).

END_OF_DOCUMENT_TOKEN_TO_BE_REPLACED 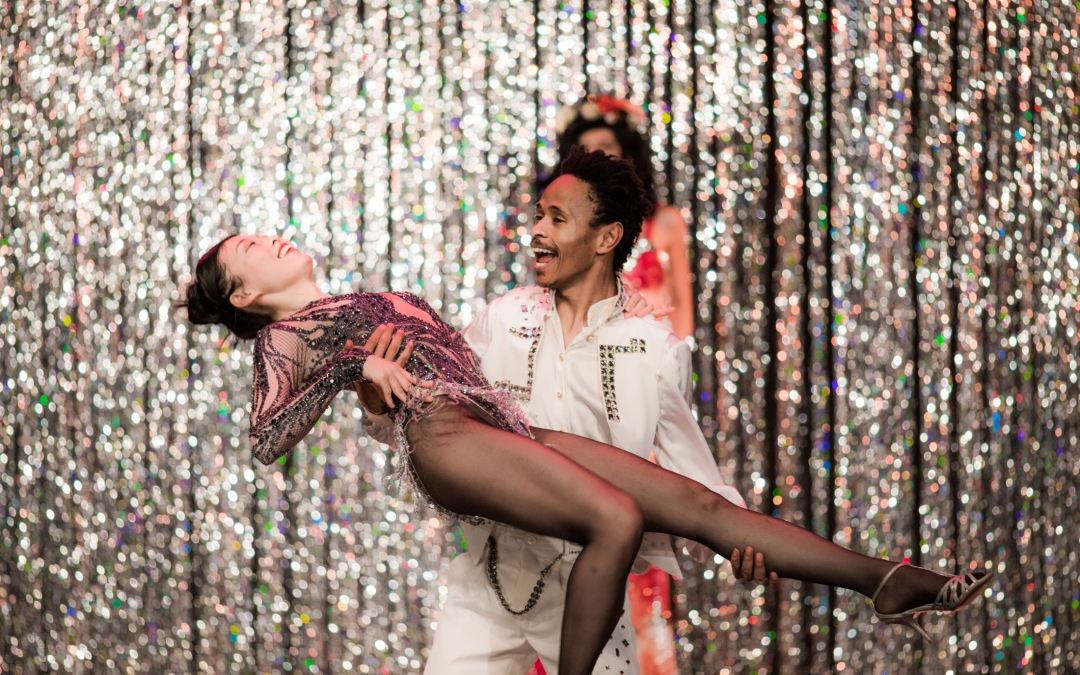 Finding a nice apartment in Berlin has become a serious hustle. You have to compete with lots of other people for a little one-bedroom apartment for 800 Euros in Wedding – if you are lucky. All these other people have better jobs, more savings and a much more stable personality than you in stress situations. But imagine that instead of having to prove your financial security you would need to partake in a dance competition in front of your landlord to get your dream apartment in Berlin?

In the newest piece by Costanza Macras “Der Palast” that premiered earlier this month at Volksbühne this absurd scenario becomes a reality. Several couples compete in a reality show competition that reminded me of Dancing with the Stars. Of course, the whole show is not linear but more like a mosaic of all kind of little stories, dance episodes, and funny group scenes.