The 16 Most Promising Berlinale Movies of 2019

Berlin is kind of a tough city for cinephiles, especially for those of us that (still!) don’t speak German. American films usually come out months later in Germany, and foreign films are either dubbed or subtitled in German. The biggest movies of the year usually come out in December, meaning that some titles still aren’t available in Berlin until February, March or even later, well after the awards have been given. And forget about downloading them (unless you have a VPN)!

But there is a bright side: the Berlinale is one of the film industry’s most prestigious festivals, and it’s actually the largest one in the world, based on annual attendance. Our international community is in luck because all the films are subtitled in English (and German too, sometimes). Instead of being late to the party, the party actually kicks off here: many of these are world premieres, without distribution deals even. So it really is a treat to attend a Berlinale screening.

END_OF_DOCUMENT_TOKEN_TO_BE_REPLACED 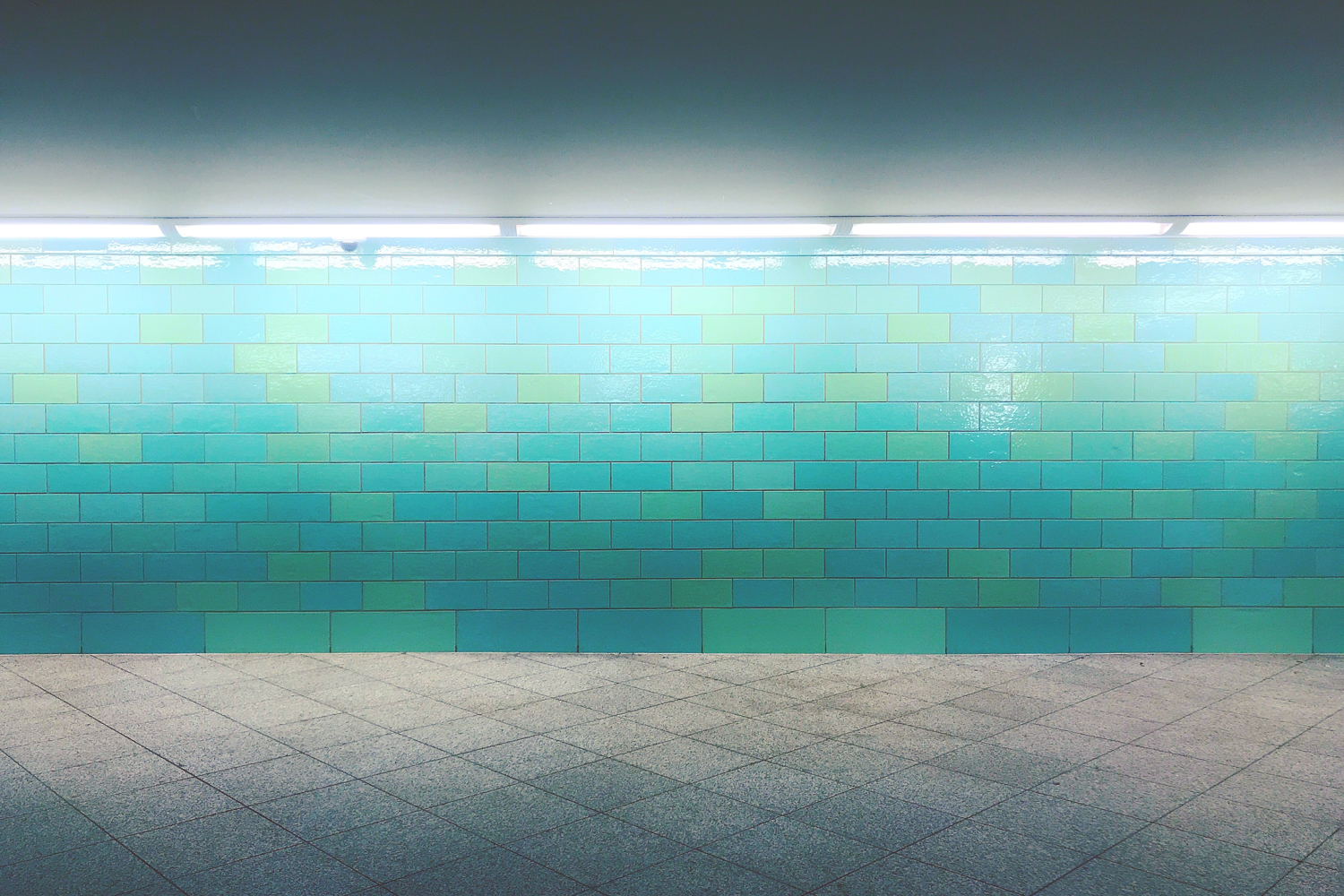 How I “found myself” in Berlin

People say Berlin is a city of lost souls. You can feel the drifting energy, black-clad and disembodied, the streets at all hours full of ghosts and zombies… There’s a prevalent zeitgeist of Sisyphean searching. You can drink cheap beer all day, never opening your eyes beyond what is necessary to obey the crosswalk signs. You can cut off all contact, drift away into total obscurity. Berlin: where young people retire, or: How to disappear completely.

Of course you can also get a job, start a family, normalize just like anywhere else. But there is a difference in Berlin… And first, in order to find yourself, you have to lose yourself, or at least recognize that you are lost. It tends to be a theme in this town.

END_OF_DOCUMENT_TOKEN_TO_BE_REPLACED 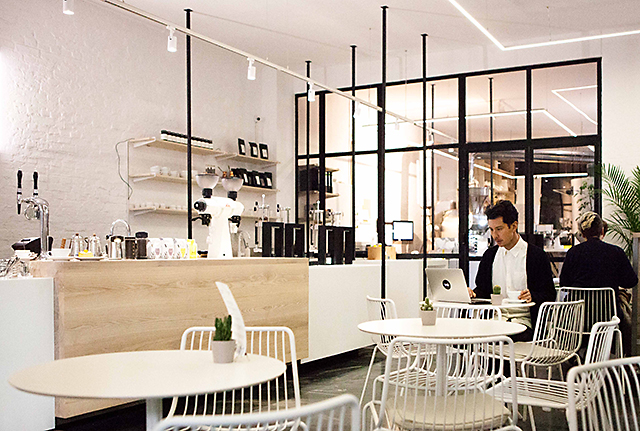 I moved to Berlin from New York because of everything Berlin promises: freedom, liberty, affordability, creativity, internationalism, a nice dose of socialism – a real celebration of the artist’s life. It’s the party capital of the world with a burgeoning tech scene, a true city of the 21st century built out of the rubble of 20th century. For such a progressive, young and energized city, then, why do I have such trouble with internet access?

I’m not even talking about the dreaded download fines up to €1000, the IP-spying, the GEMA denials of YouTube videos “not allowed in your country”, as frustrating as these things are. I’m just talking about basic access to the amazing modern utility on our planet: the internet!

END_OF_DOCUMENT_TOKEN_TO_BE_REPLACED

Grieving Trump – Musings of an American Expat in Berlin

I moved from New York to Berlin two years ago. In the past month it occurred to me to have an election party, to do something American, to celebrate the sure victory of Hillary Clinton. It would be our first female president and a steady, continued course of Obama’s slow progress. Also: a reason to socialize in the cold November night! I’m glad I decided against it in the end. The timing just didn’t make sense.

I stayed up until 9am that night, much more sober than other nights I’ve stayed up until morning. I followed the live updates on Reddit and watched the New York Times odometer tick mercilessly toward the right. I texted with friends from coast to coast, trying to make sense of what we were seeing. How could it be? What the fuck is happening!! I was in denial, unable to even process it.

END_OF_DOCUMENT_TOKEN_TO_BE_REPLACED

Being Freer in Berlin – Breaking Gender Conventions with Art

Curated By Girls is a visual artist platform, run by Berlin-based French girl Laetitia Duveau. It focuses on diversity and equality. The website is all-inclusive – anyone and everyone can submit: all genders, all ethnicities, all body types, all generations… Taking a look at the artists featured on the platform, you will see a diverse patchwork representing an optimistic vision of humanity. The goal is to make everybody’s voice heard and respected.

Freer in Berlin is the new exhibition of Curated by Girls, on view on October 8 and 9 at Blender & Co in Neukölln. We sat down and chatted with Laetitia about her project, her curating vision, femininity, identity and the hipster aesthetic.

END_OF_DOCUMENT_TOKEN_TO_BE_REPLACED

A Beginner’s Guide to Socializing in Berlin

To really feel like you live in a place – to feel a real sense of belonging in a city – you need four things: A literal place to live (obviously), work of some sort, a lover or something like a love life, and then this fourth, often overlooked thing: a social life.

We take friends for granted a bit. When I moved here from Brooklyn, I sort of forgot that I’d have to start from scratch to have an active social calendar: to know where to go and what to do, and have people to do these things with. It can be quite hard to make solid plans! Berlin is a vibrant city, of course. With so many visitors and hostels and everything, it doesn’t take too long to learn that, say, clubs exist. But without some effort, you might think that nightlife is all about Matrix! Who knows when you’ll meet the cool person that turns you on to Sisyphos?

Fortunately, there are lots of resources out there to help those of us new to the city. After you’ve sorted your anmeldung and visa and all the headache stuff, and even found an apartment (miraculously!), it’s time to have fun. I don’t need to tell you about Tinder or im gegenteil or the many other dating apps focused on finding love and sex. But finding friends is another story. It’s sort of hard to imagine a Tinder for friendships, isn’t it?

END_OF_DOCUMENT_TOKEN_TO_BE_REPLACED

Maybe it’s a bit of a secret, but some of us are actually nerds just hiding in cool clothes. We might really prefer a Pokéball in our hands (or maybe the playcards or Nintendo DS) than a Club Mate or rollie cigarette. Perhaps it’s been a while since the classic Pokémon universe has been a serious fascination for most of us (unless you count the Rick & Morty smartphone game Pocket Mortys – an awesome homage to Pocket Monsters with the great characters and humor of the Adult Swim show!), but a new phenomenon now arrives in Berlin: Pokémon GO!

END_OF_DOCUMENT_TOKEN_TO_BE_REPLACED

A Hotspot for Music and Culture: The Montreux Jazz Festival

I’m standing in front of the tallest, most powerful water fountain I have ever seen. Water shoots into the sky like some sort of glorious tower of refreshment. I’m in Geneva, Switzerland – Germany’s neighbor to the south – at the southwestern tip of Lake Geneva. This is practically France, but more expensive. Some Italian friends drive up from nearby Milan and Turin, pick me up and we drive along the northern side of this lake through Lausanne to a lovely little town on the lake’s eastern end. A historic week of music happens here every year: the Montreux Jazz Festival. Invited by Jeep, I had the chance to get out of Berlin for a bit and explore this beautiful hotspot for music. Follow the jump for more about this unique escape from Berlin.

END_OF_DOCUMENT_TOKEN_TO_BE_REPLACED

Dining at the Cemetery: MARS Restaurant at Silent Green

Berlin is really good at re-purposing old places. Factories turn into clubs, old bunkers turn into art galleries, and in Wedding, a crematorium has been converted into a very nice restaurant and art gallery space. It’s called Mars (formerly Moos), and it sits in the middle of an old cemetery.

The food is wonderful, as is the architecture. It feels very refined and classy, but not in a stuffy, expensive way. It’s chic and sophisticated, but approachable.

END_OF_DOCUMENT_TOKEN_TO_BE_REPLACED

Whether you’re in the mood for romance, showing friends around from out of town, or just collecting your own thoughts outdoors, it’s always a good idea to take a stroll through Berlin’s cosmopolitan wonder. And with the lovely sun shining, can you think of anything better?

Kreuzberg’s Schlesisches Tor might be the hardest U-Bahn station for non-natives to pronounce. It also happens to serve as a junction between three districts, all straddling the eastern intersection of the Spree and Landwehrkanal. This area is full of vibrant activity – how about a stroll around it?