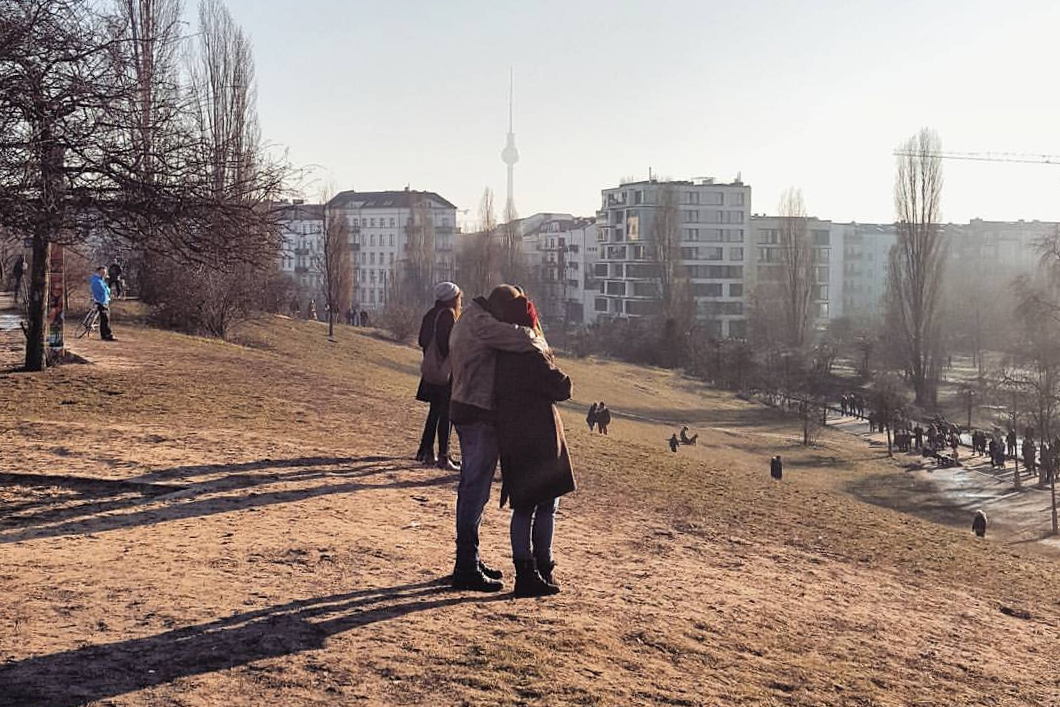 What Berlin Has Given Me

Looking back in time it feels like ages since I moved to Berlin. Yet, it has barely been over a year. I keep trying to get my head around it, but I simply cannot explain it;  especially since I have lived in other big cities, such as Barcelona and Athens, for a much longer period of time; maybe it is the fact that the life I have lived in Berlin has been so fulfilling; maybe it is the fact that I have experienced here so many things for the first time . In an attempt to express with gratitude what this city has so generously given me, here is what comes to my mind first:

END_OF_DOCUMENT_TOKEN_TO_BE_REPLACED

Once upon a time in a borough in the southeastern part of one of the world’s most magical and mind-blowing capitals there was a constant hustle and bustle resulting not from cars or any other kind of pestering noise but from people heading somewhere driven by hope and creativity. This would be my personal definition of Neukölln. What a better neighborhood to enjoy the first meal of the day. Here is the latest edition of our breakfast guide. Make sure you let us know about your favorite places 😉

END_OF_DOCUMENT_TOKEN_TO_BE_REPLACED 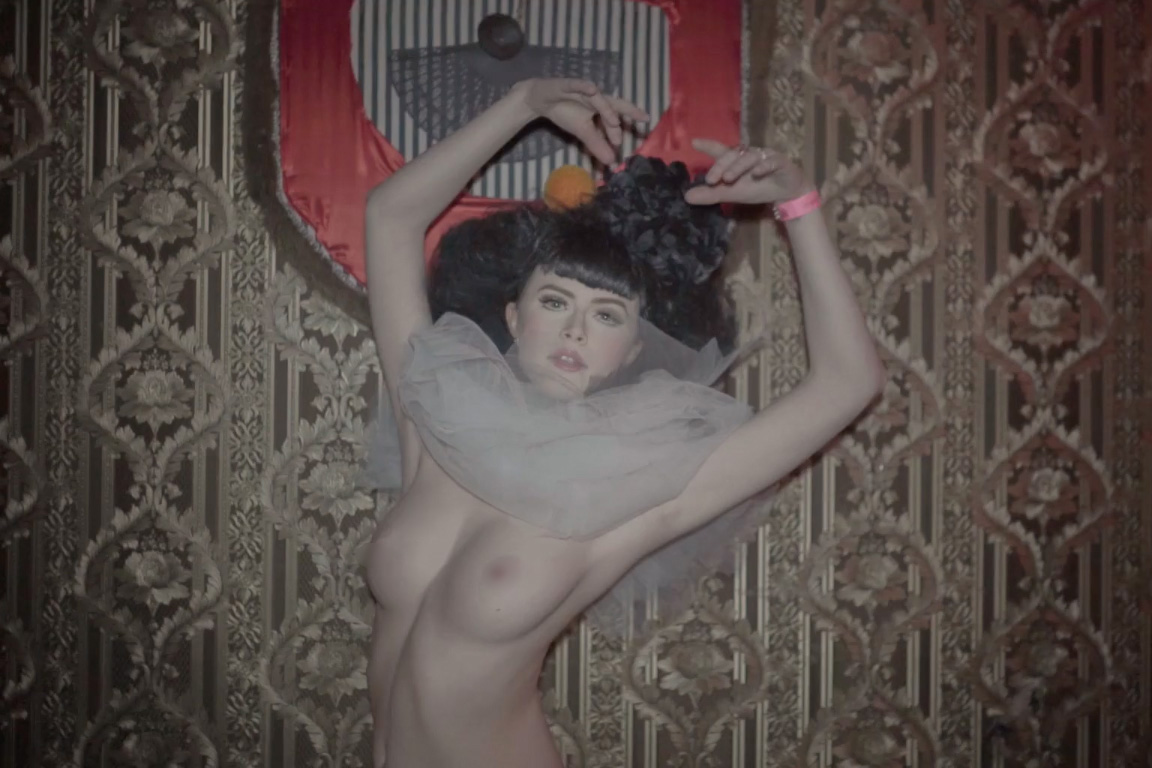 Berlin is… a Circus

It is very hard to sum up what the city is in a single world. However, I believe that circus is the best one to describe Berlin. Apart from the endless colorful and striking aspects these two places have in common, Berlin reminds me of a circus, as the latter has always been a place of acceptance and respect towards creatures that stand out for the one or the other reason. Everybody is welcome there regardless of their story, their past or present.

Very few cities can boast such a variety of beautiful, relatable and wild facets, like Berlin. I can go out on the street, however I please and nobody will look at me funny, not because this great big city is rife with anonymity and indifference, but because Berlin stands for respect to the very essence of human nature. It constantly reminds me of the great potential that there is inside each and every one of us as well as the liberty to put it out there for the entire world to see.

If there is a currently a video, that encapsulates exactly this, it would be the following teaser for the party of the House of Red Doors, that happens regularly at Wilde Renate.

What is Berlin for you?

END_OF_DOCUMENT_TOKEN_TO_BE_REPLACED 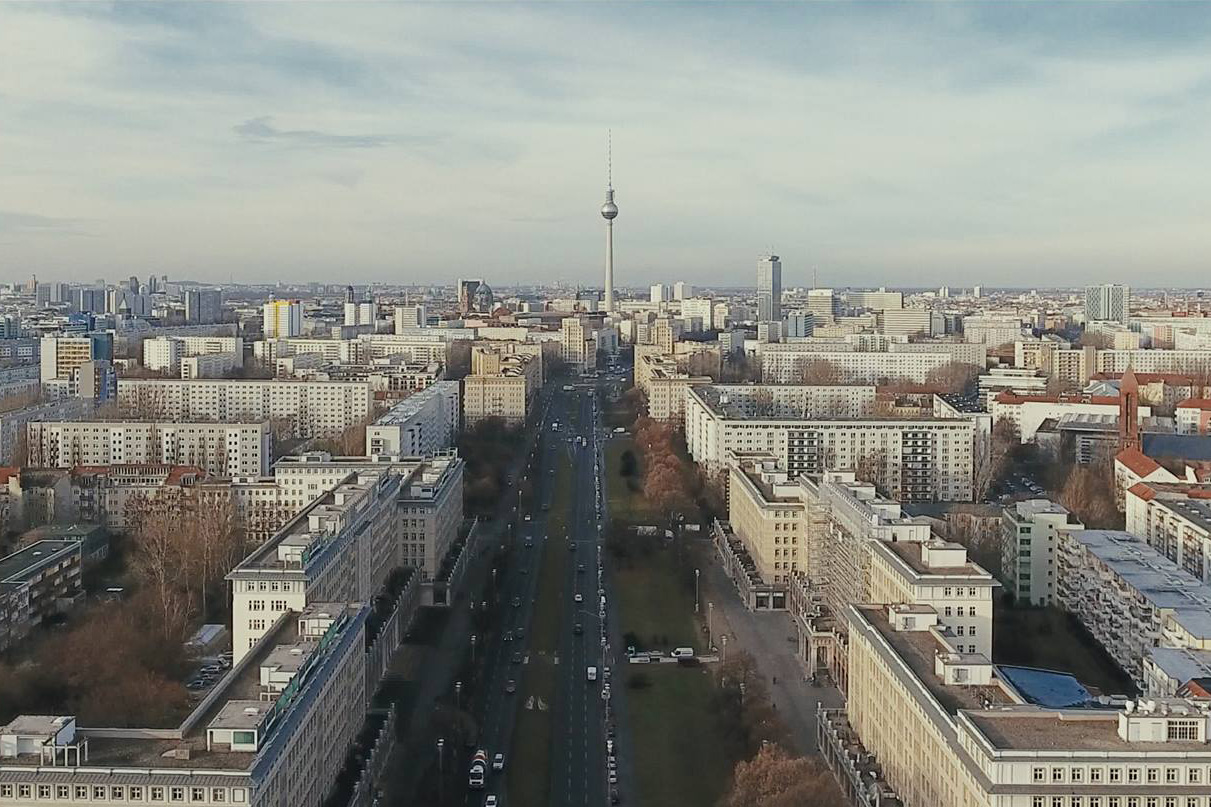 Have you ever been one of those people who have contemplated quite a few times what dream ability they would like to have in a utopian, perfect world, where surreal is a synonym to possible? Personally, I would love to be able to fly and see everything from above. It would help me realize to the fullest how little each of us is in comparison to the entire world and how we often tend to think that we are the center of it.

Whereas this still remains impossible, Berlin Bird’s Eye brings you at least a step closer to this experience. This project basically has set out to use drones to capture mesmerizing views of Berliner neighborhoods from above. Take a look at the videos they have been publishing weekly since last December and admire the breathtaking views over snow-covered Hasenheide, Görlitzer Park, Frankfurter Allee, Rummelsburger Bucht and the Spree.

END_OF_DOCUMENT_TOKEN_TO_BE_REPLACED 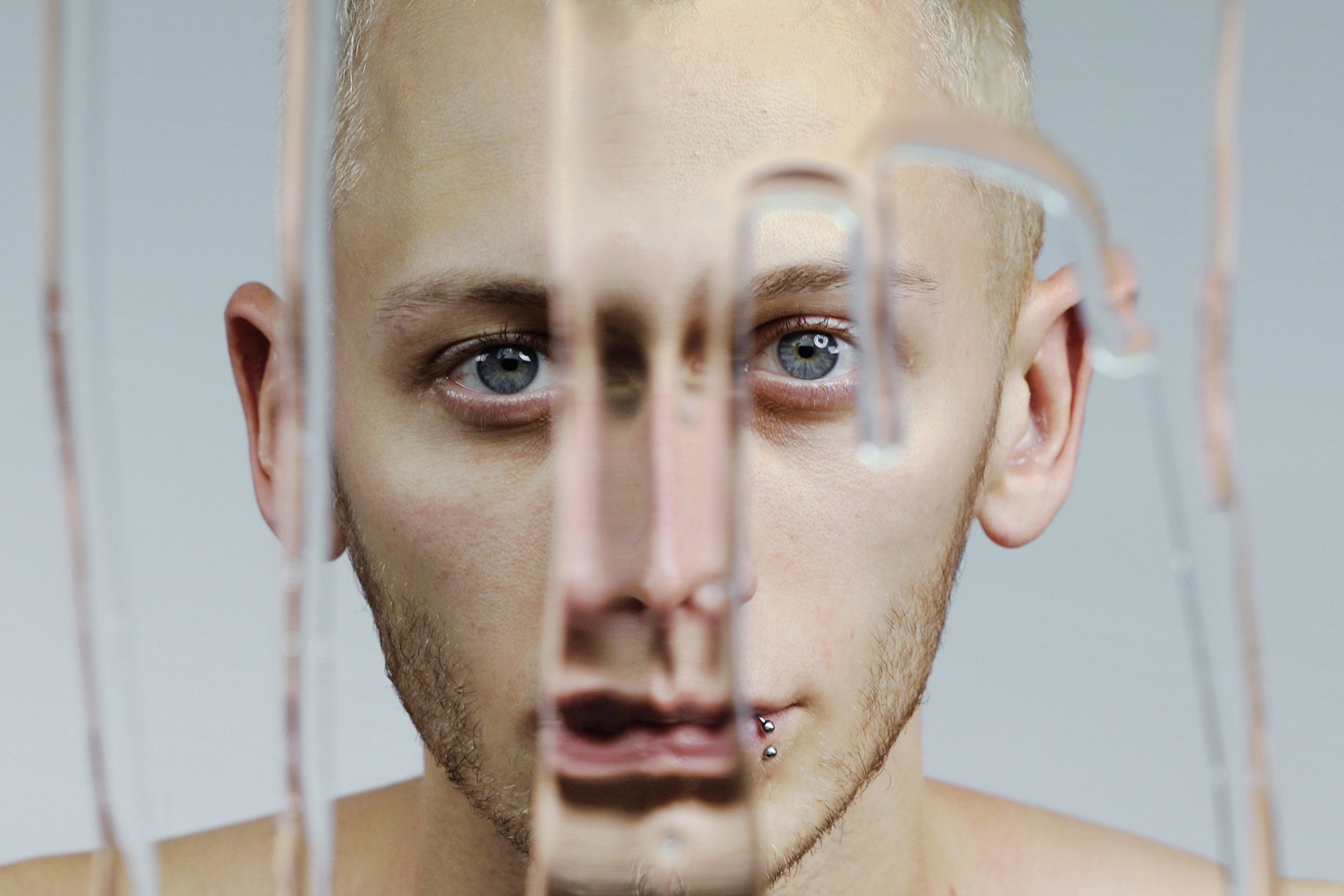 Narcissism in the Time of Social Media

Perfect, care-free, enviable: these used to be the three adjectives that would come up in my mind the moment I would take a look at the shiny profiles of my acquaintances on social media – one cannot really call them friends, right? There would have been plenty occasions in the past, where I would start wondering what my life lacks and is not as “cool” as theirs.

Taking insecurity to a brand new level I would even catch myself feeling sad, if my new post had not received the expected number of likes; choosing my new profile picture would demand a full-fledged strategy, that would put even the most acute Brexit negotiators to shame. However, I would still sense that this is not enough. There would always be someone flaunting various parts of their life they would be most proud of ranging from abs and new pieces of clothing to luxurious holidays – I still refuse to believe the existence of hashtags, such as #moneyisnottheproblem – and partying in the most talked-about clubs.

END_OF_DOCUMENT_TOKEN_TO_BE_REPLACED 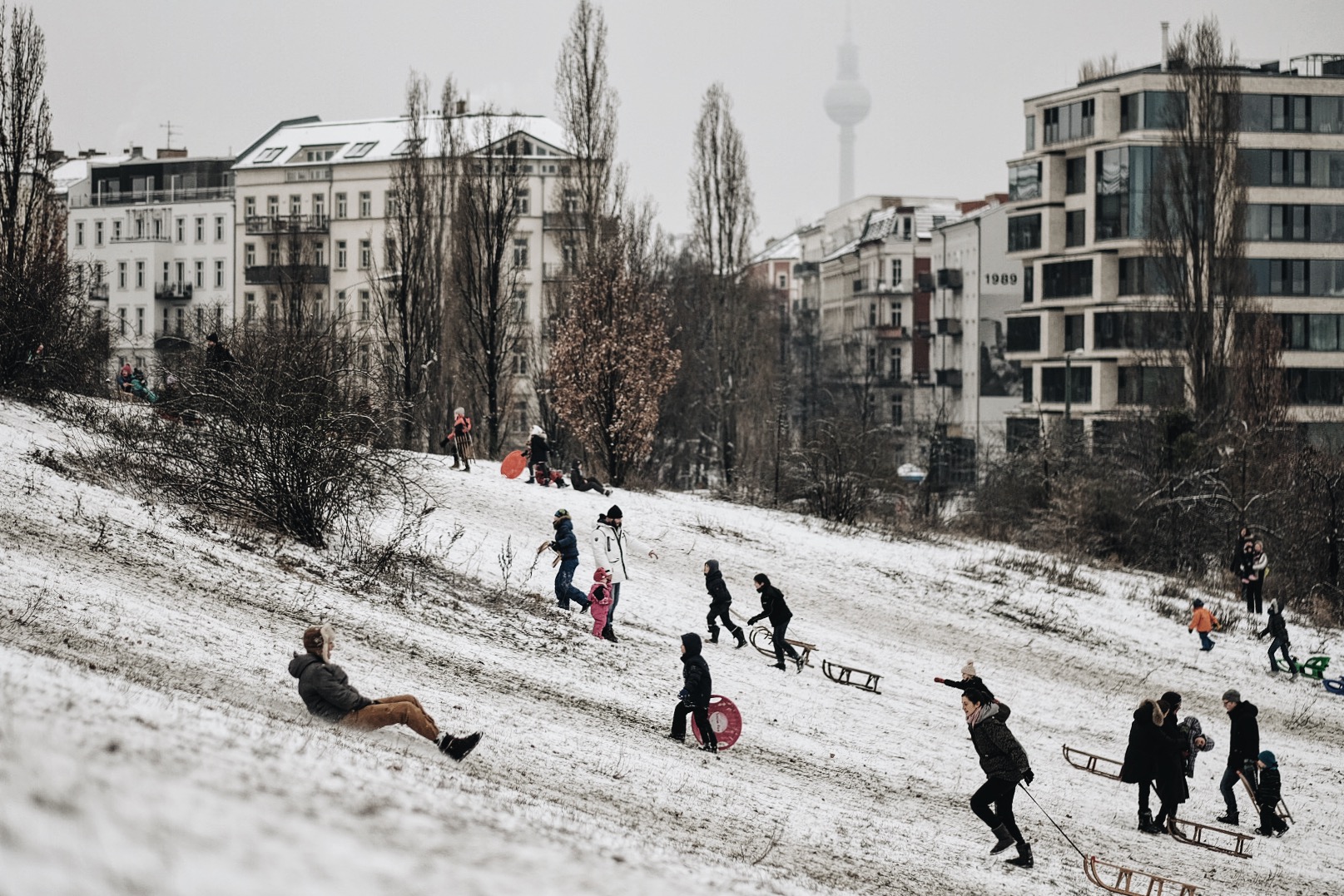 The Beauty of a Snow-Covered Berlin

Winter could be described in countless ways. Among the most positive ones would be its definition as the time of year when all you want is to stay somewhere warm and cozy and spend quality time with your loved ones, while you are protected from the cold awaiting you outside. Should you be lucky and get the chance to see snow, well this can lead to a lot of fun. These days in Berlin, we have been experiencing both. In any case, there is a social and artistic side of winter in this city, that is perfectly encapsulated in the impressive photographs of Markus Braumann, which range from cars, train platforms or streets covered in white, the entire city disguised under the vail of fog or when the snow is combined with the breathtaking sunrise that cuts through the city. Enjoy his beautiful photos and let’s appreciate this snow-covered Berlin.

END_OF_DOCUMENT_TOKEN_TO_BE_REPLACED 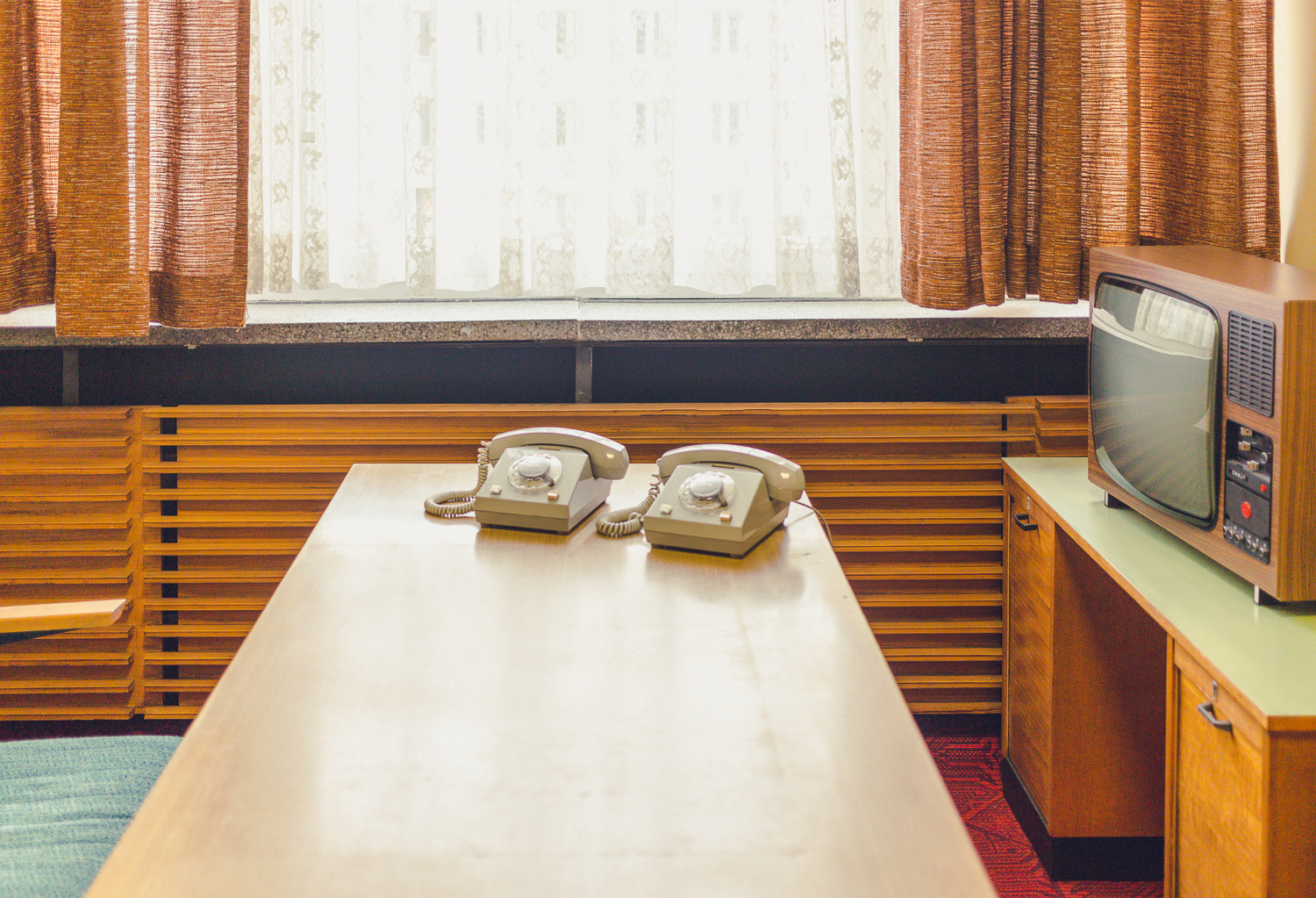 The Most Exciting Museums & Tours about Berlin’s History

Among the many benefits Berlin hast to offer, the endless torrents of culture and centuries of history coming through its endless museums are breathtaking. From the largest ones to the most unknown, the history enthusiasts find it hard to visit each and every one of them; there are, also, many who most probably do not feel like spending their time in museums upon visiting Berlin. We have picked the ones we can guarantee that they are worth your time no matter which category you belong to. We will be happy to know your favorite ones 😉
END_OF_DOCUMENT_TOKEN_TO_BE_REPLACED 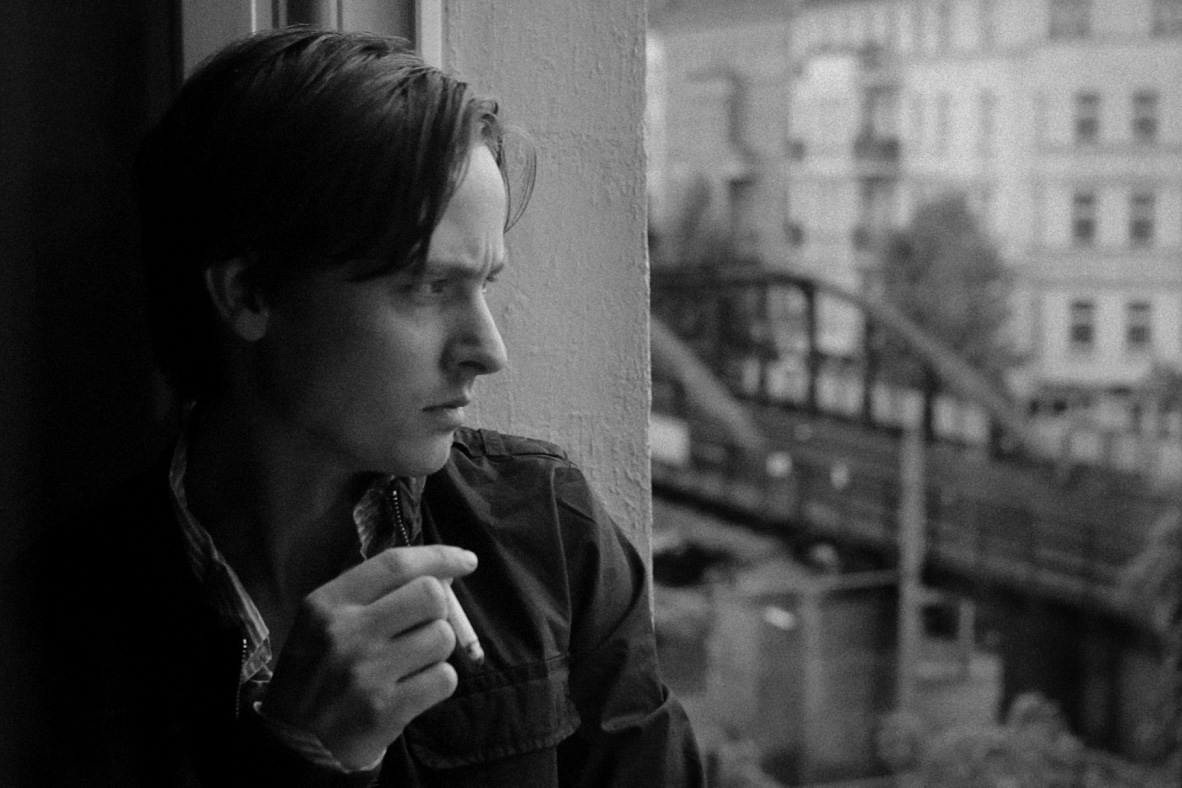 The Most Iconic Berlin Movies

Since there is no such thing, as “I have seen pretty much everything when it comes to great films”, here is another edition of our Berlin movie guide (see part one and part two). Grab some popcorn and sit comfortably on your couch along with your friends or by yourself and enjoy some of our favorite picks. We guarantee you there is something for everybody. Should you have any suggestions of your own, please share them with us in the comment section below.

END_OF_DOCUMENT_TOKEN_TO_BE_REPLACED

Let’s do it right in the New Year!

The year is coming to an end in just a few days; there is often a sense of relief in the atmosphere, as if we are truly excessively happy and grateful for the new year; it seems that every year there are some of us who will claim that that specific year has been horrible either because of personal mishaps or rather due to unfortunate developments that affected the entire world. Along with the good-riddance vibe many of us feel like making new resolutions, setting goals, promising to themselves that they will finally lose that extra weight, start learning mandarin, take more yoga classes or make their wildest dreams come true etc. It is, as if we automatically reset ourselves becoming concurrently confident that it will be different this time, we will not forget our goals and remember that we neglected them as soon as the following year comes to an end as well.

END_OF_DOCUMENT_TOKEN_TO_BE_REPLACED

The Pressure of Having Fun

Whether it is Christmas, New Year’s Eve, holidays in general or a simple Saturday night, we have all had this friend urging us to go out, forget worries and problems and just let ourselves loose by partying and….having fun. It has recently dawned on me how bizarre it is that a term as vague and broad as fun would be strictly and exclusively defined by very specific activities, such as hanging out in bars and clubs. Should you ever opt for doing something different, such as read a book or play board games, you would most certainly run the risk of being labelled as boring, miserable  and generally “not fun”. Should this one incident develop into a pattern of behavior, that does not abide by the sacred and inviolable guidelines of how to have fun, then the situation might even be considered alarming and lead to people asking you if everything is alright in your life in general, so that they can find and eradicate the root of all evil.