Earlier this year a unique exhibition called Unseen Westeros took place in Berlin dedicated to the world of Games of Thrones. Forty artists from the art departments of the iconic series had been working together for three years to present you something special.

Being big fans of Games of Thrones, we could not miss the chance to get in touch with the organizers. That’s why we decided to interview Philipp Scherer, who is not only one of the creative minds behind this amazing exhibition but also one of the concept artists who has been working for almost all seasons of Game of Thrones. He shared stories and experiences with us, and it was pretty interesting and inspiring! 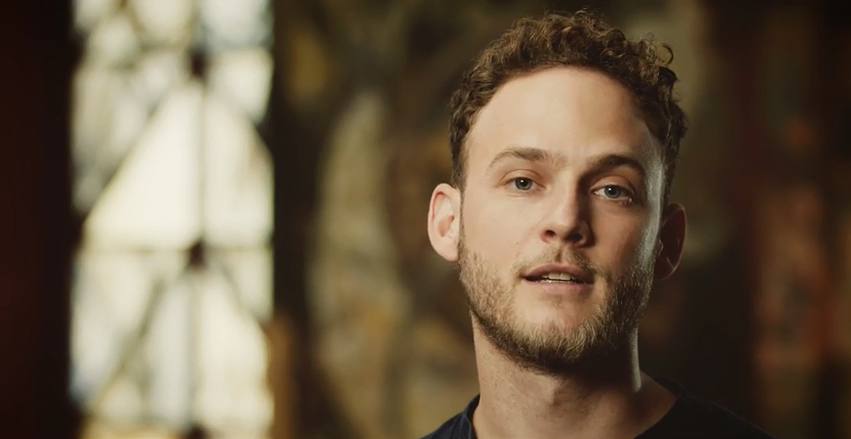 Philipp Scherer and his colleagues from Karakter Design Studio have been working in the visual effects department of Game of Thrones since Season 2. In 2017 he was asked to work on the last season of the series, too.

In Season 7 his work took him everywhere around Westeros: “I designed new sets for Winterfell, Kings Landing, The Citadel, Eastwatch as well as some smaller sets. My journey even took me North of the Wall, where production designer Deborah Riley asked me to create the scenery at the frozen lake in the season’s finale. I also designed some of the smaller props, like the alarm horn at Eastwatch that announces the arrival of the Night King.”

Philip has always loved to draw and to be part of a creative team. Now with this job, he has finally found a way to express his creativity: he makes his fascinating drawings come to life. This is definitely the favorite part of his job, he told us.
Philipp compares the creative processes he constantly works on to the one of a craftsman: he has to create many different tables having to follow very specific requirements. “However, the inner artist in me always finds a way in the image.”

There are so many different tasks to be done apparently. “You are always learning new things – for example on Season 7,
I was asked to build a physical 3D model of the island on the frozen lake. I used clay and later on, I painted it for the presentation. That was a lot of fun and a great opportunity.” 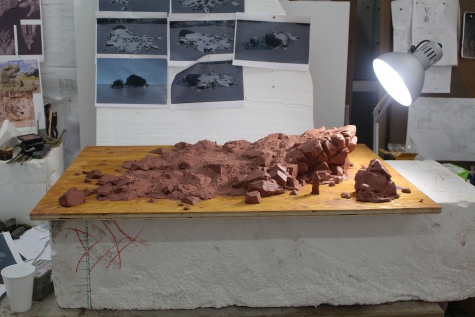 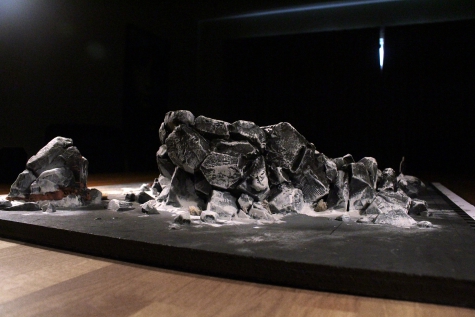 He is really thankful for his team’s useful feedback on every set he designs. “The view on set with all the props in place and all the extras walking around is simply astonishing. It’s amazing to see how much skill, passion, and love everyone in the team is putting into their jobs. Quite inspiring!” 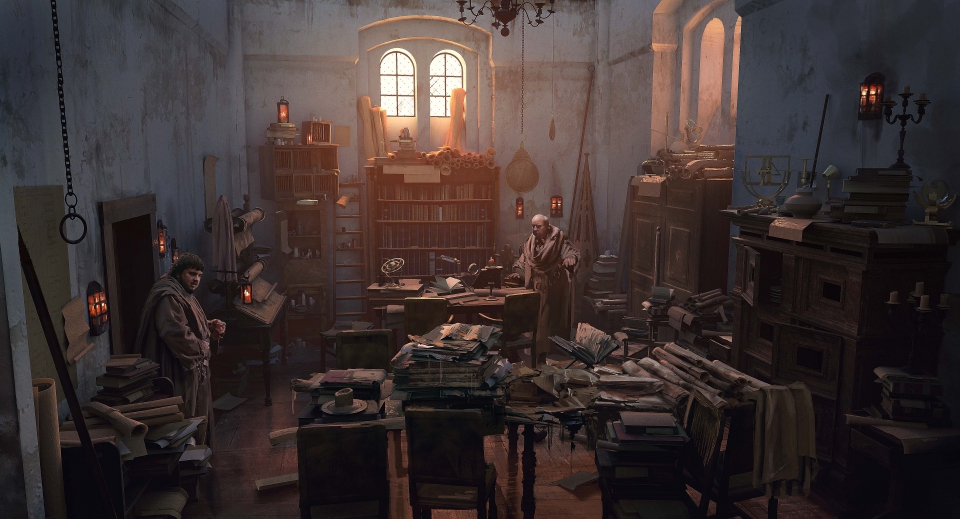 With his sketches, Philipp enables everyone to get a glimpse of how a specific scene, place or world of a book could look like. However, this procedure is not as easy as you would imagine. “You are quite fortunate if your task is described very precisely. Words can be very ambivalent. I have often experienced how people have agreed on a certain idea and when the first sketch is done, they are surprised. Everyone has a different vision in mind.” 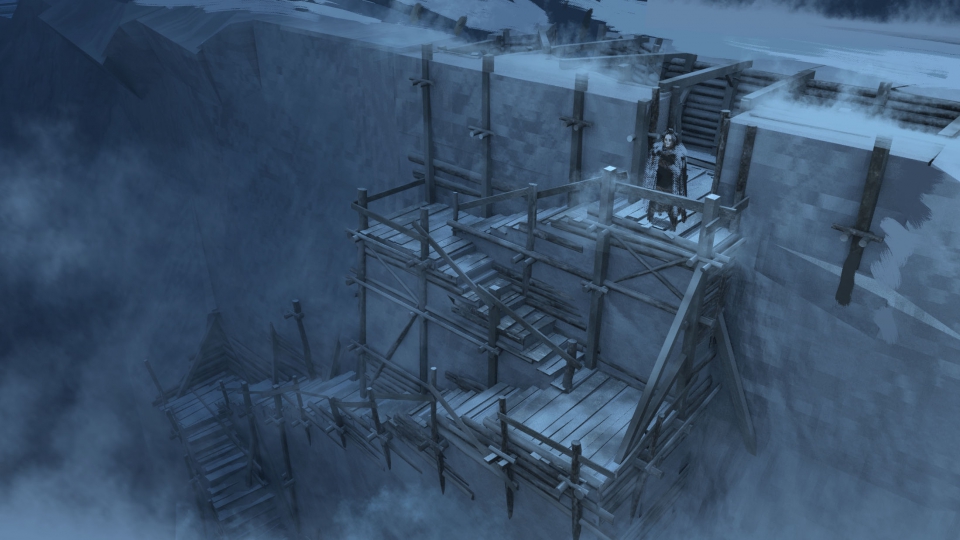 In Season 7, Philip was busy creating Euron Greyjoy’s flagship. A lot of people were involved: production designers, show creators, executive producers, and art directors.“After my first sketch, it became clear that everyone had something very different in mind. Some wanted the ship to be Viking-influenced, some Chinese-influenced – since Euron has sailed all over the world and had encountered many different civilizations – and some were even thinking about ironclad warships. A crazy ride with a lot of drawings and meetings began.”

But unfortunately, it is not just about a mutual team agreement. “You also need to consider all the physical limitations you have to face on set. For example, you have to keep safety limitations in mind. Even though this brought sleepless nights, it was fun and I think in the end it paid off. So, the hardest part is to bring everyone’s vision together… Did I mention that I had a vision as well?”

The following picture shows the final image that – after over a month of ideation – convinced everyone.

But where does a concept designer of Games of Thrones find his inspiration? How do all the places shown at the “Unseen Westeros” exhibition come to life?

When working on drawings of places, Philipp tries to collect loads of keywords from the book to give him clues about how a place should look like. And that is how it worked with the city of Norvos: “The book says the city is located at the banks of the river Noyne and surrounded by hills and dark forests of oak, pine, and beech. Around the city lay terraced farms that support the larger city. I was excited about the idea of the city being split into two contrasting parts. The upper part of the city is inhabited by militant bearded priests that rule theocratically over the lower part of the city. Both parts are connected only by a massive stone stair.”

If you are interested in the creation process of Norvos, Philipp has also made a “making of” with Adobe. Have a look and be enchanted by his creativity! 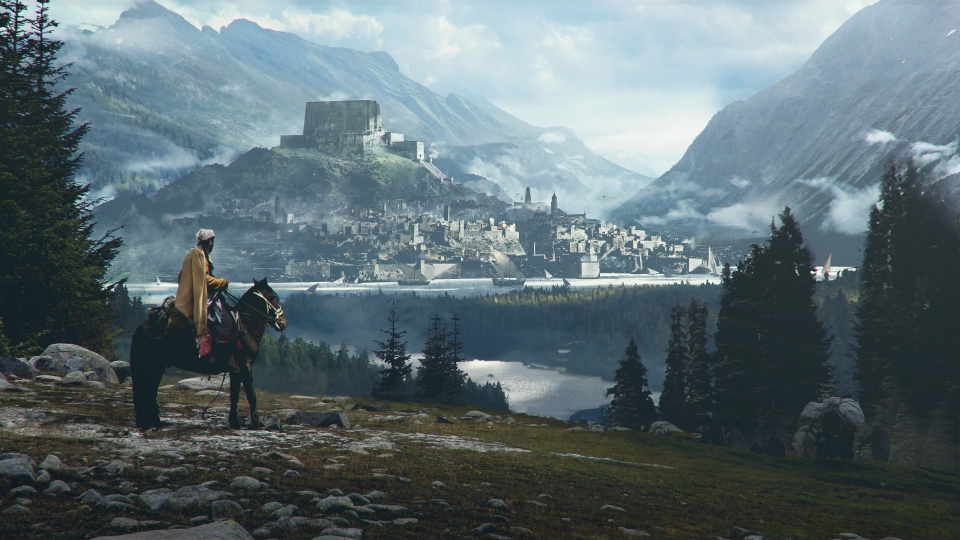 Philipp was called by fellow visual designer and artist Sven Sauer, the initiator of the exhibition in Berlin, in June 2018 to work on “Unseen Westeros”. “Sven told me about his plans for the exhibition and his excitement was infectious! For a long time, I was going to the office an hour earlier every day. All by myself, I could focus on research, creating preliminary sketches and finally starting with the Matte Painting. I had never split the creation of an image into many many tiny junks and I had to be very conscious of my workflow.  It was a very valuable experience.”

If you are interested in knowing more about his story and works, have a look at his website. We thank Philipp and all the team of Unseen Westeros for their time and insights and look forward to the future of this exciting exhibition project! 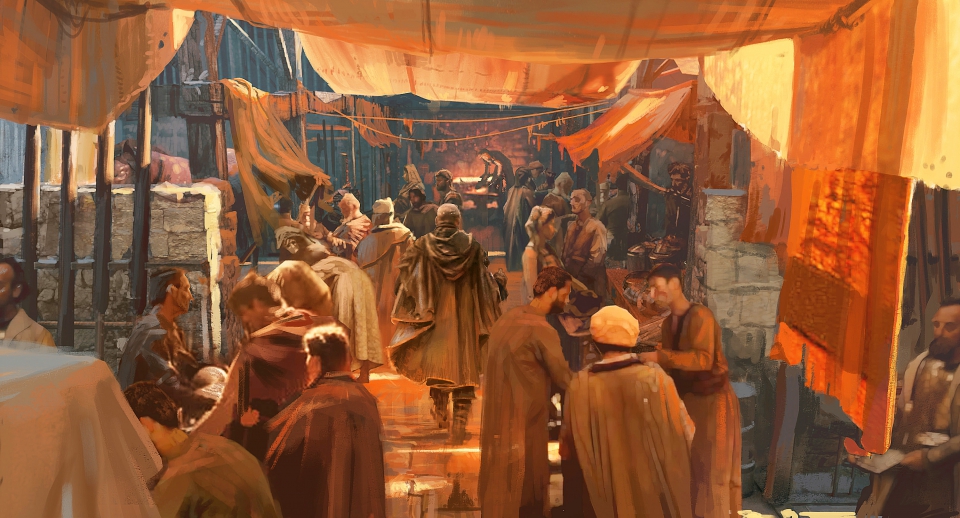