Can Berlin Change You (For The Better)? 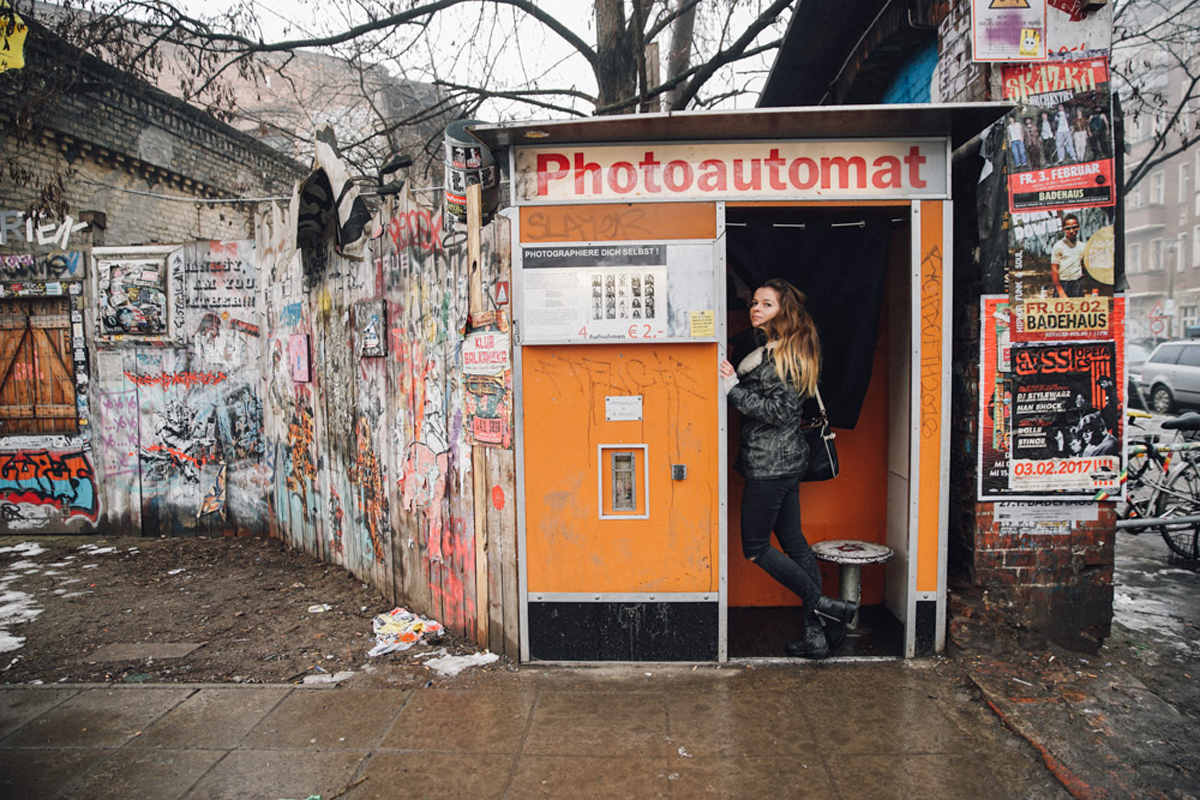 One motif recurring in all kinds of Berlin-related memes is the metamorphosis one is supposed to go through after living in Berlin for a certain amount of time. The emphasis is usually on the stark contrast between the person’s initial chastity and beauty and the result of the transformation – most often symbolized by an ugly mess in some form.

Well, memes may not be the most reliable source of information, but they’re almost like cliches in that ‘’it is a cliche that most cliches are true.’’ And the sheer frequency of shares is definitely a proof that people can relate. Why is Berlin supposed to be such a hostile environment? I don’t have the background information to say whether similar images are just as popular in other cities, but I want to try and at least get closer to the bottom of the issue here. Can Berlin really change you? 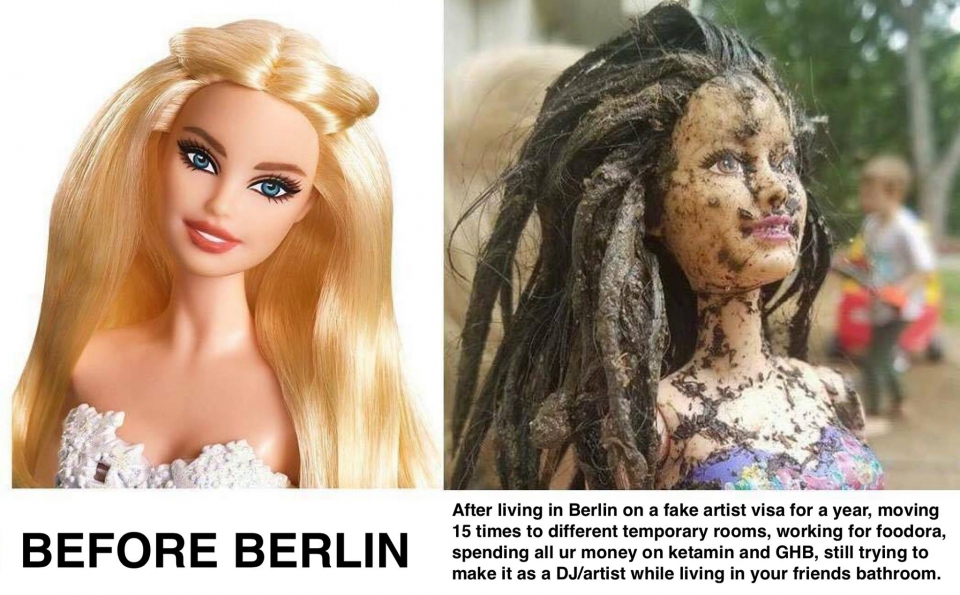 One possible explanation could be the legendary party scene and our infamous raves for days. For sure, making them a staple in your lifestyle can and probably will affect your general state. But clearly, that’s not at the heart of the problem, because I know many people sharing such memes who aren’t necessarily seasoned or even occasional party-goers.

Apparently, Berlin can be draining even when you don’t party. ‘’This city has taken away my innocence and grounded it like meat’’, confessed a friend of mine, unconsciously referring to one of the very memes I’m talking about. Like me, she’s 22 and has been in the city for about two years, a little less than I have.

‘’But wouldn’t this happen to you anywhere at this point of your life?’’ – I contest, knowing what the reply would be. Berlin is known to have a penchant for taking everything to the absolute extreme. While similar processes must happen to any young person left to their own devices in a big city, Berlin can really amplify it with some unique circumstances. 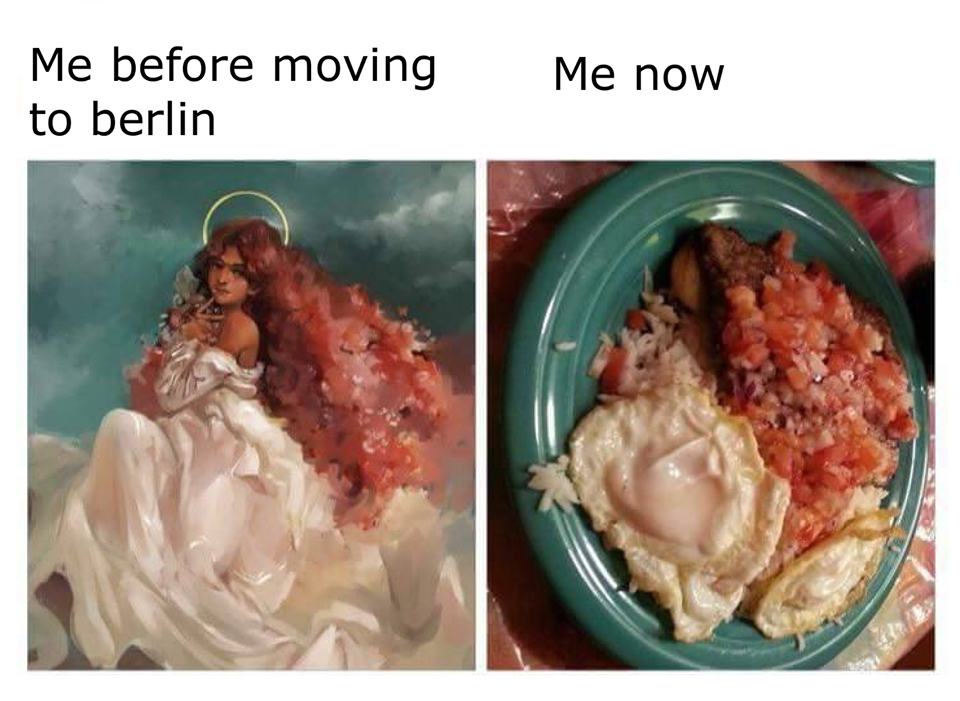 So there’s the abundance of distractions and the complexity of human relationships. Does this make us so fatigued? But wasn’t it the very reason many of us came to Berlin? To take in the ubiquitous quirkiness and stay open for chance encounters? Maybe what we are in fact fatigued by is the disillusion that comes when this free-spirited vision doesn’t stand the test of reality? When it turns out that momentary closeness with people doesn’t make being permanently kept at an arm’s length any better?

I think I sometimes see it like that. But that’s on the bad days. Usually, I think that dealing with such elements of disenchantment is a very fair price to pay for living in a city that encourages everyone to love themselves first and live their very own definition of life to the fullest. Because you see, even though I don’t really like techno and at times stick out like a sore thumb being the ‘’mono girl in a poly world’’, I think Berlin has changed me for the better as no other place could. 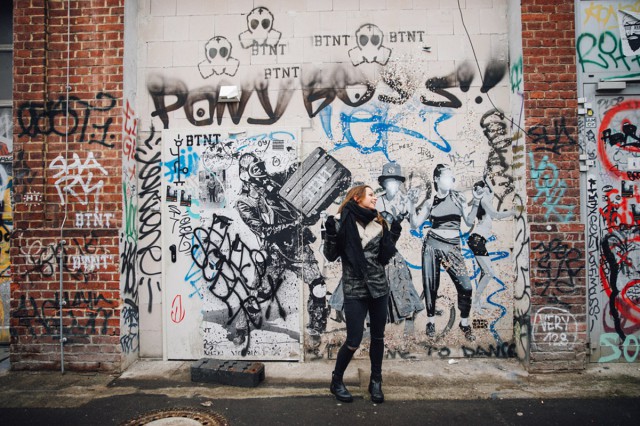 I understood that Berlin is a place of no judgment where you can really get in touch with who you are and I jumped at the opportunity. Since I didn’t know anyone, and new acquaintances were sometimes flaky, I was glad to have at least one person to depend on. And after three years, I still value that connection a lot – even with a steady number of amazing friends around me.

Before I knew it, this alleged capital of hedonism has eventually helped me become a version of myself that my own mum, a retired Polish housewife, is quite proud of. So if anyone advises you against moving to Berlin because of ‘’how it can change people’’, well, let’s just say… I wouldn’t trust them (on that).