Berlin Bouncer: A Movie About 3 of Berlin’s Most Famous Club Bouncers

Finally! The feared and mystified bouncers of the infamous Berlin club scene are featured in their own film! Didn’t you always want to know what a bouncer is like in daily life? Director David Dietl accompanied three well-known bouncers, Frank Künster, Sven Marquardt and Smiley Baldwin, for a while to give us a glimpse behind the curtains of the people that you usually have a very one-sided conversation with – “bitte” or “heute leider nicht”.

Berlin Bouncer tells the story of the development of Berlins nightlife and fills us in about the good and the ugly parts of its history. From the Fall of the Wall until today, Berlin’s party scene has changed and evolved dramatically. Who has witnessed it more up close and personal than Berlin’s club bouncers? Dietl takes us far beyond the party scene, deep into the story of each protagonist and into their daily lives.

END_OF_DOCUMENT_TOKEN_TO_BE_REPLACED 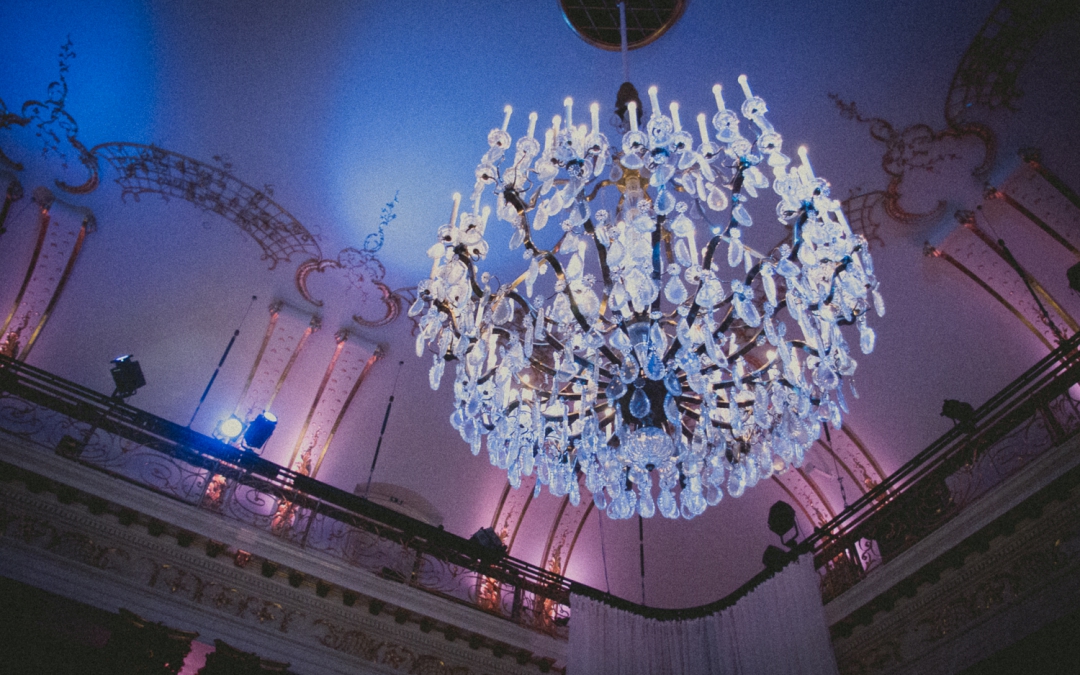 How does the Apocalypse taste? What would you like to drink on the last night before the world ended? Maybe your choice would be Champagne? Or would it be a refined cocktail with a wildflower swimming in it?

The newest production Violetter Schnee by Staatsoper Unter den Linden is all about the end of the world. Five people are trapped inside a bunker and when they leave it to see if the world is alright they discover they are doomed forever.

The opera is inspired by the cult movie Solaris from Andrei Tarkowski where 3 men float in space around an enigmatic planet called Solaris. Since this movie from the 70s is rarely shown in public, together with Staatsoper we decided to create a unique night to present this nostalgic piece of cinematic art.

END_OF_DOCUMENT_TOKEN_TO_BE_REPLACED 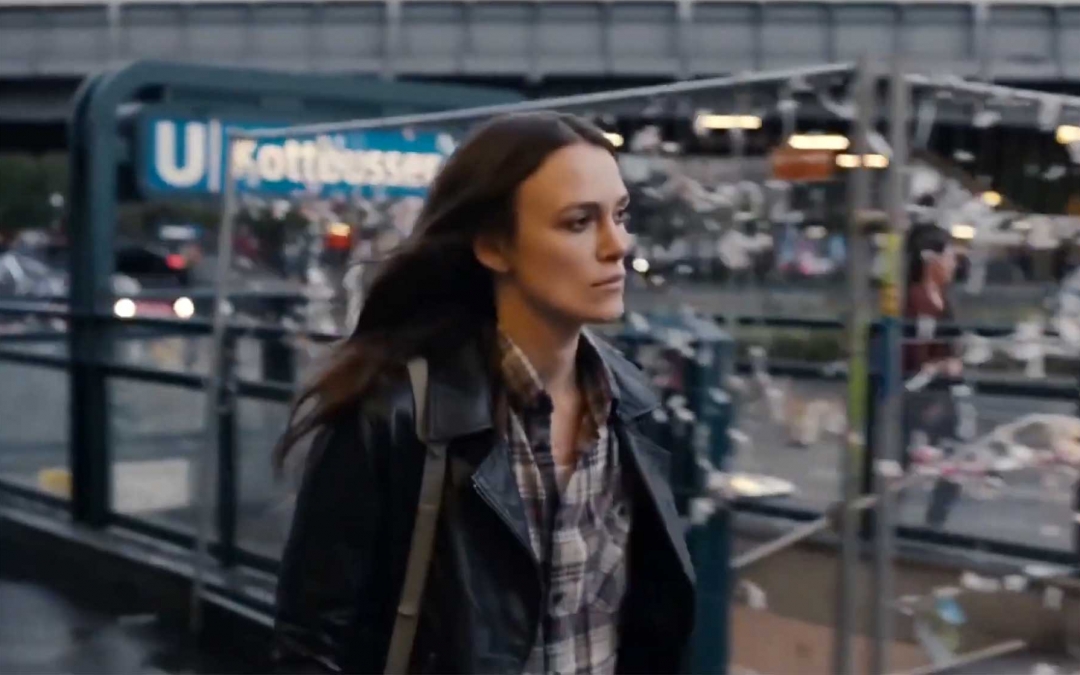 Berlin, I Love You – But Not So Sure About This Movie

Back in early 2019, a movie trailer made the rounds that Berliners shocked and shaken. I’m talking about the Berlin, I Love You film starring Keira Knightly, Helen Mirren, Mickey Rourke. Our friends from Mobile Kino wanted to give all of you who never actually saw the controversial film but still wrote badly about it on the internet the chance to finally catch up and see what the fuzz is all about in an “ironic screening” on Valentine’s Day, February 14th, 2020, at their new temporary location at Alte Münze.

To give you the facts first: The film is a continuation of the Paris, Je T’aime and New York, I Love You format that is basically a string of unrelated love stories happening in one place and shining the light on the biggest, tackiest cliches of the respective city. Each story is like an episode and it has different, directors, cast and crew. The Berlin one has German actor/director Till Schweiger and Dani Levy in the line-up of directors. Further famous actors include Luke Wilson, Orlando Bloom, Patrick Dempsey, Renée Zellweger, as well as German actors Sibil Kekilli, Hannelore Elsner, Robert Stadlober and German supermodel Toni Garrn.

END_OF_DOCUMENT_TOKEN_TO_BE_REPLACED 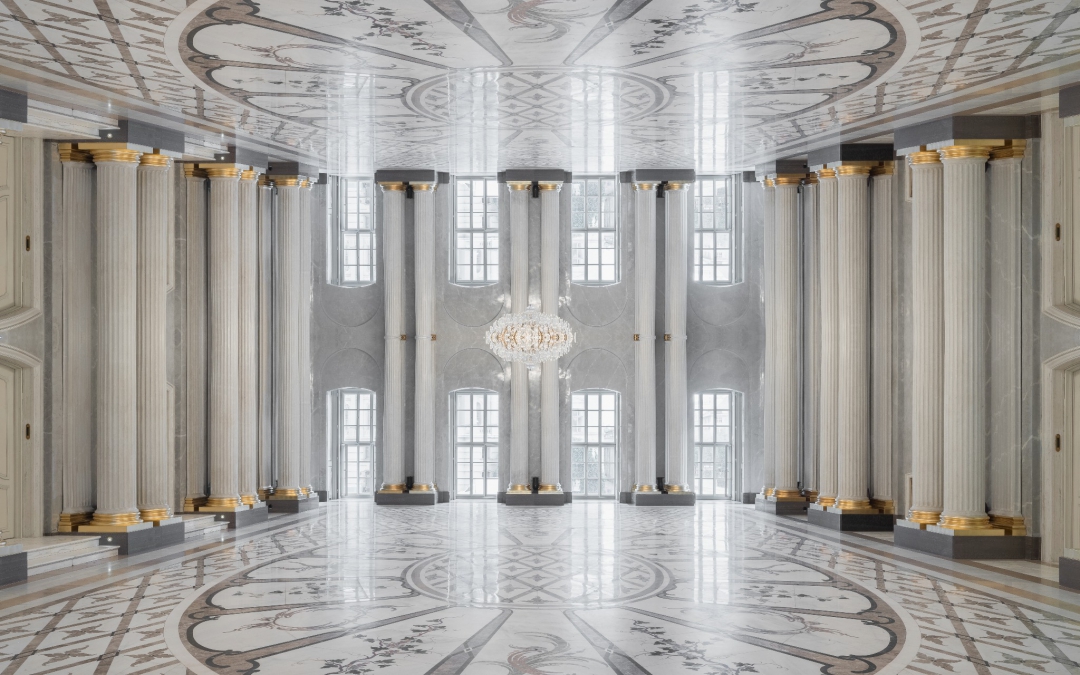 »Man has gone out to explore other worlds and other civilizations without having explored his own labyrinth of dark passages and secret chambers, and without finding what lies behind doorways that he himself has sealed.« ― Stanisław Lem, Solaris

For many years now Berlin has opened new doors and possibilities to us as a magazine. Some collaborations where coincidences, others grew over time and space and became something as real and important as the digital work we do.

Since the re-opening of the Staatsoper Unter den Linden after its decade-long renovations, we had the pleasure to collaborate with the team of Staatsoper in several projects so far – always with the goal to open up doors and minds for new audiences to the magic of Opera, classical music and dance.

END_OF_DOCUMENT_TOKEN_TO_BE_REPLACED 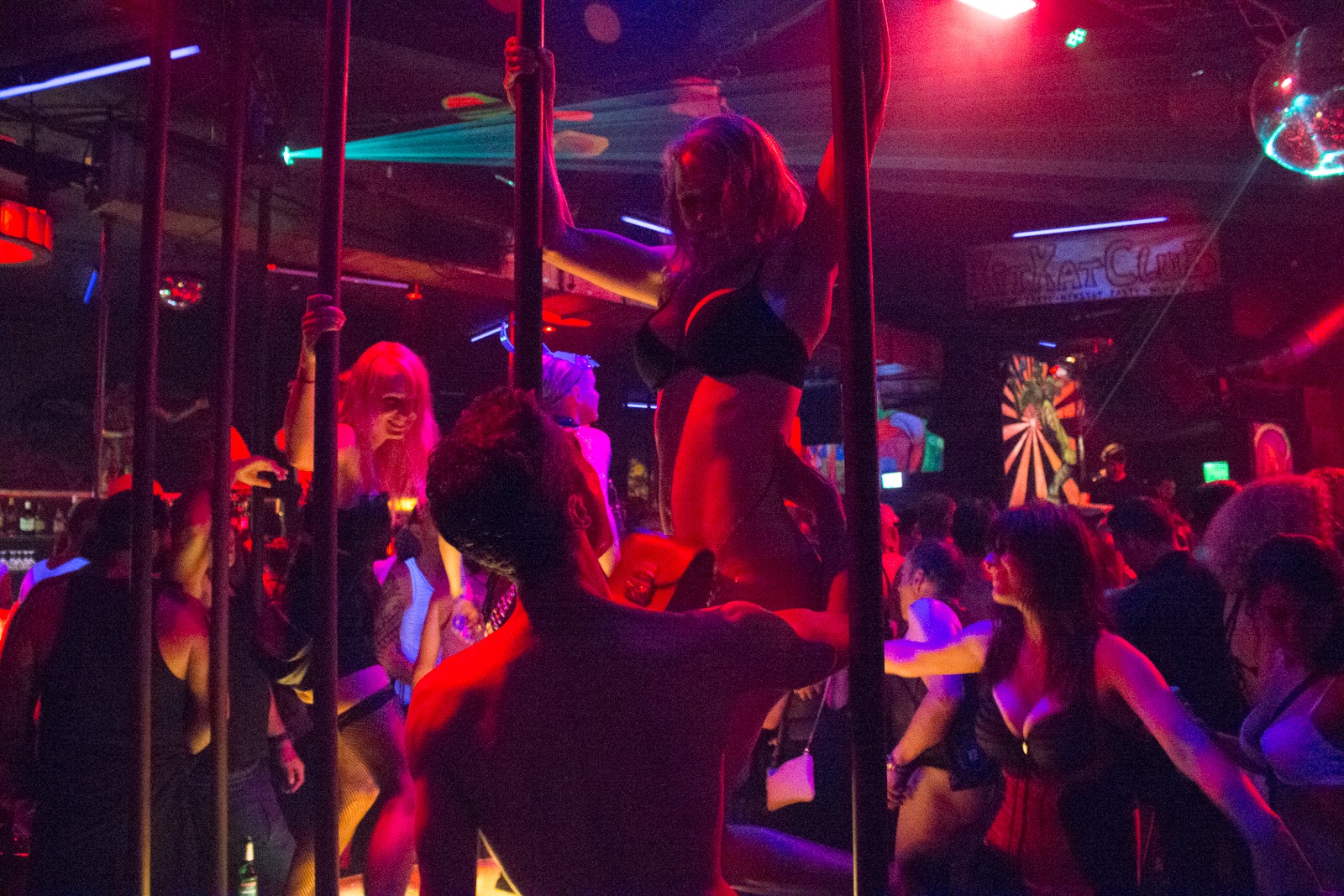 Berlin’s infamous nightlife never ceases to inspire filmmakers from all over the world it seems. After big hits such as Berlin Calling, Victoria, and B-Movie now comes a new attempt to capture the one thing that seems to be the city’s main trademark. With Night Out, Greek director and screenwriter Stratos Tzitzis is – more than the previous three examples – focussing on the more lustful aspects of the nightlife. At least that’s the impression you will get from the trailer.

A colorful mix of characters wonders off into the night from house parties and Späti session, over sex shop visits and street parades, to tango sessions by the river and underground punk concerts, and last but not least they end up at the frivolous KitKat Club with way less clothing on than at the beginning of the night.

END_OF_DOCUMENT_TOKEN_TO_BE_REPLACED

Berlin has not only become a popular and affordable production location for many of your favorite movies and TV-shows in the last years. But our beloved city at the Spree and its uniquely edgy and rough aesthetic has become the backdrop for many national and international productions. And I think we will all agree, if one a city deserves this visual attention, then it’s Berlin. How many times have we found ourselves thinking the Berlin scenery around us is right out of a movie scene? We selected a few of our favorite shows and movies that will or have already found their way to the big and small screen this year and last year. Take a look.

END_OF_DOCUMENT_TOKEN_TO_BE_REPLACED 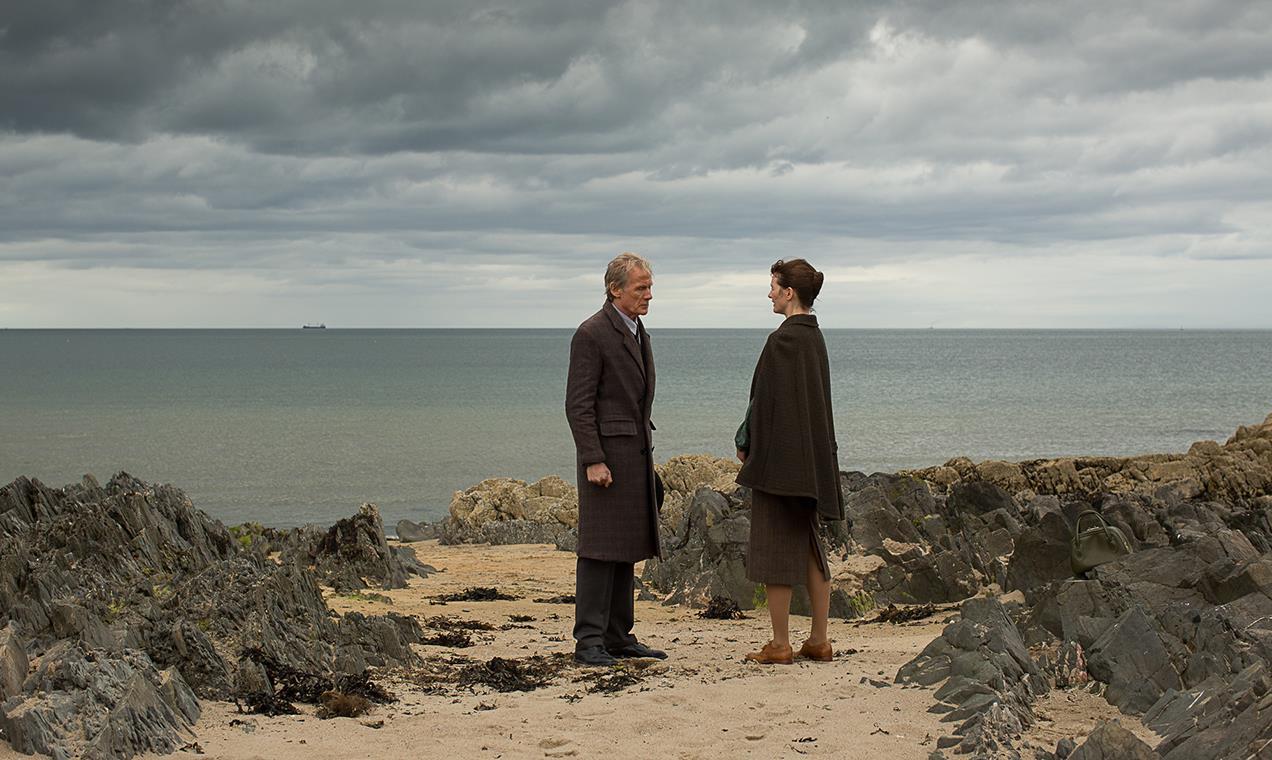 10 Highlights of the Berlinale Film Festival You Should Not Miss

Annually the weeks leading up to Berlinale turn into a stress test. How well can I maneuver through the seemingly countless names of directors? How optimal can I structure my screening schedule? Will I manage to not only realize on day four that a film with my favorite actor screened on day one?

This year is no exception to this emotional roller-coaster. However due to extended internet research, reading of press newsletters and countless hours spent on the Berlinale website, I’m fairly confident Ive got thinks figured out. I nevertheless share my 10 highlights only with the cautious warning that these are not complete or final and definitely my personal taste. Each film can be your personal cinematic supernova, so head to Potsdamer Platz and into the dark. It’ll be worth it …

END_OF_DOCUMENT_TOKEN_TO_BE_REPLACED

5 Films that Capture the Sound of Berlin in Different Decades

Over the last 100 years, Berlin has changed into several drastic shapes like no other city in Germany. Every time a shift happened not only the urban aesthetic of Berlin evolved but also the layer that lies beneath our everyday routines: Sound!

For the next chapter of Audi Zeitgeist Projects, a unique commitment of the automotive brand to support German Avantgarde-music, this unique sound of Berlin will be presented in a completely new way. Several well-known musicians like Gudrun Gut and Modeselektor came together to compose a Symphony of Now – merging the sound of Berlin with a spectacular movie being released earlier this year.

On the occasion of the upcoming premiere of Symphony of Now we decided to have a deeper look into Berlin’s movie history and we found several films that portray the sound of Berlin in different decades perfectly.

END_OF_DOCUMENT_TOKEN_TO_BE_REPLACED 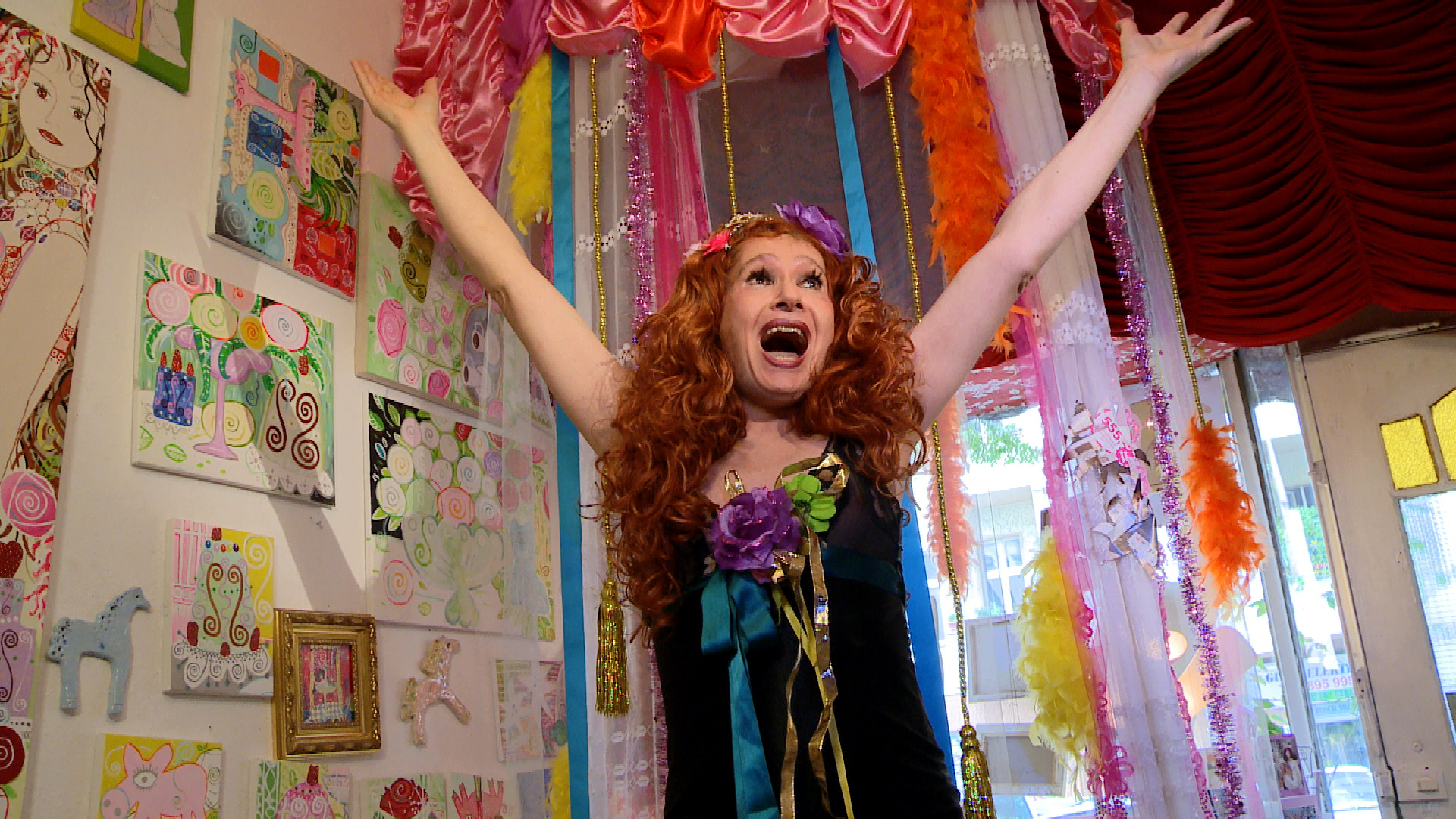 Survival in Neukölln: The Life in Berlin’s roughest Neighborhood

We meet Drag performer Stefan Stricker who calls himself Juwelia, the androgynous Cuban singer and dancer Joaquin la Habana, or a queer Syrian singer, called Enana. We participate in gay-nudist cooking groups, female theatre performances and turkish demonstrations. We see a Neukölln that has became a melting pot of young and old Berlin, and the epicentre of rapidly increasing rents.