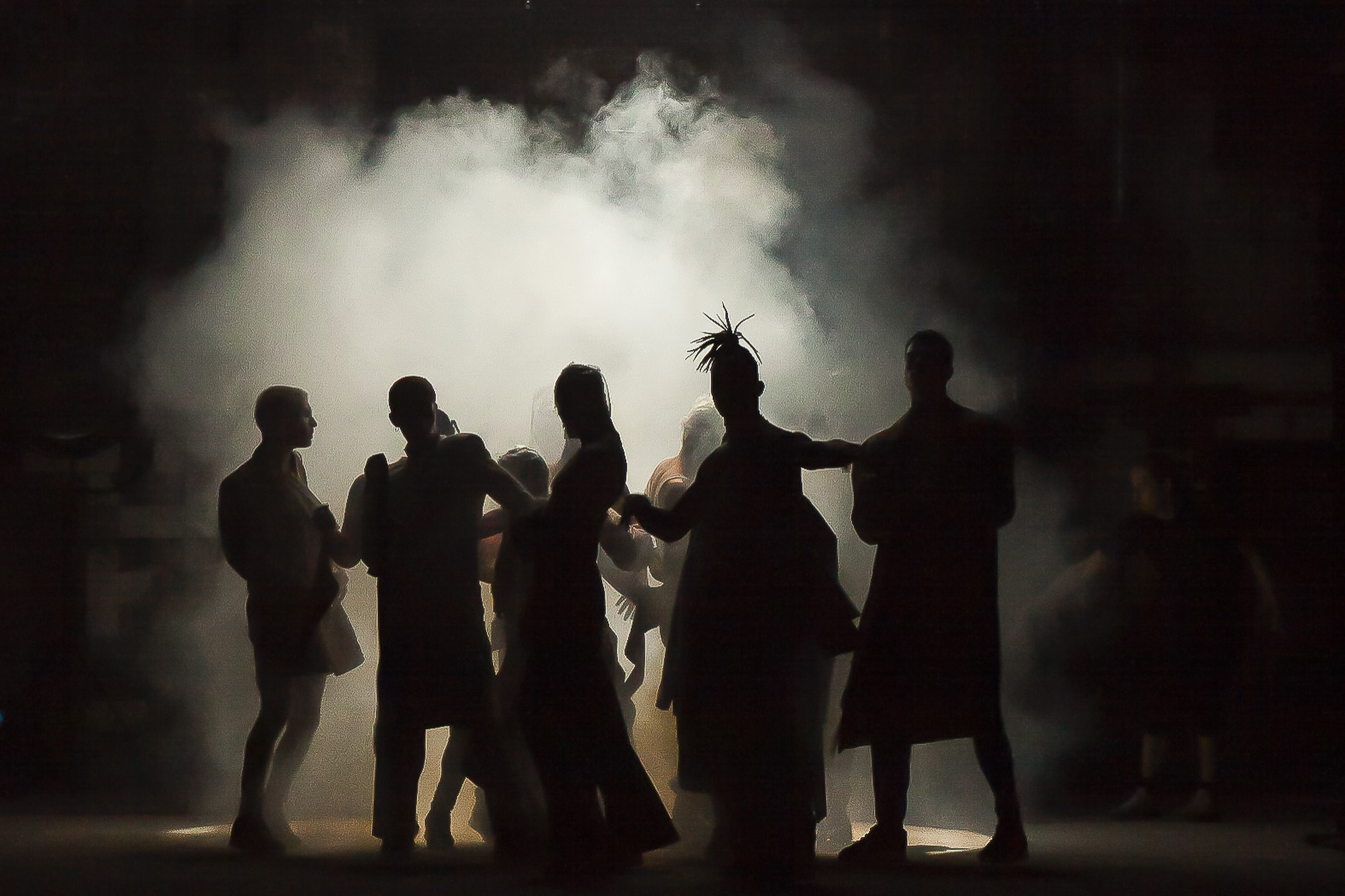 A Not So Typical First Time Visit at Berghain

Berlin is one of the most versatile capitals of the world when it comes to all its locations. It was fun to have been thrown in this little town with no previous knowledge – I still remember setting foot on Kottbusser Tor for the first time, entirely by chance, way more appalled than inspired, completely unaware of Kreuzberg’s undeniable magic that I’d grow addicted to.

END_OF_DOCUMENT_TOKEN_TO_BE_REPLACED 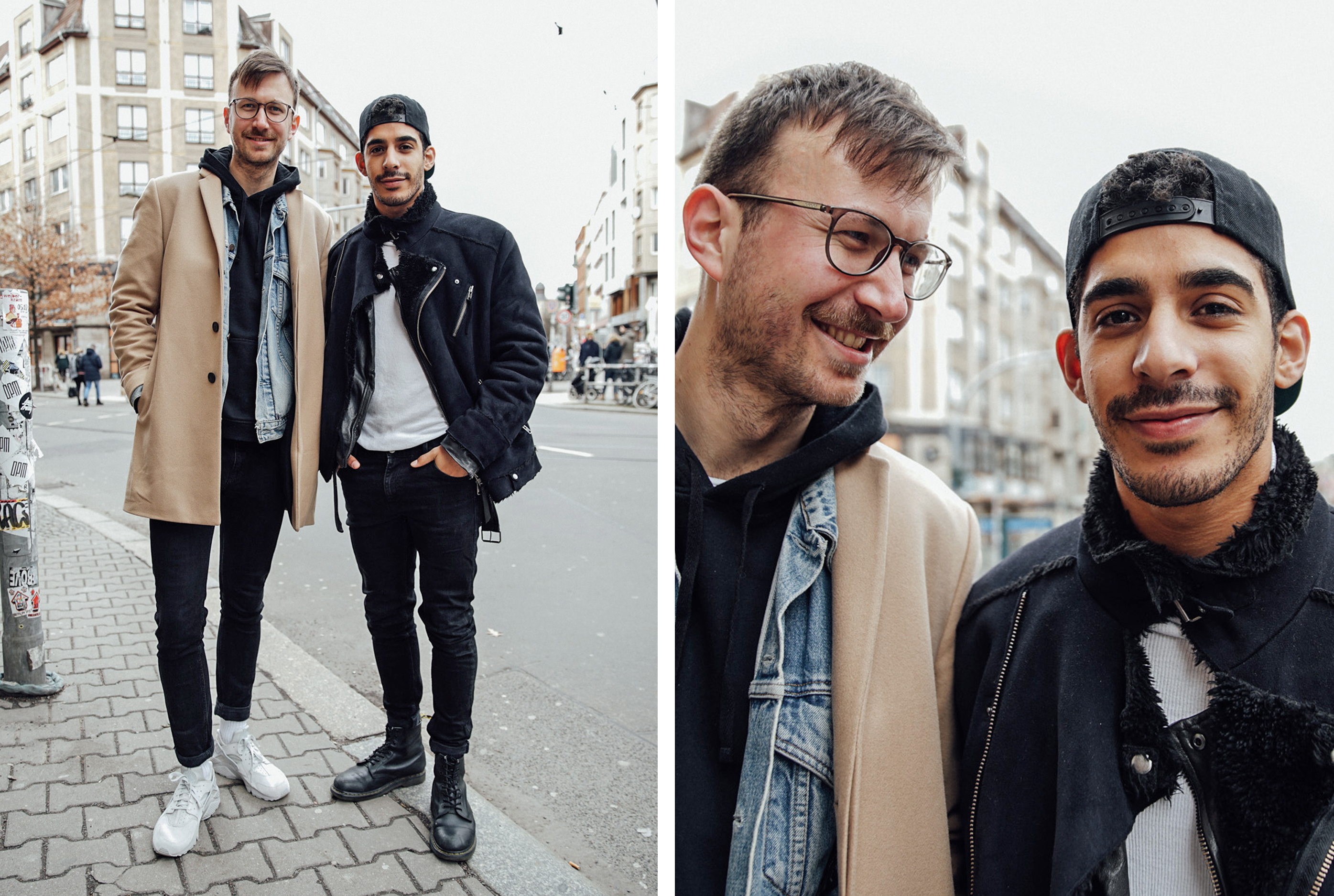 Street Portraits: „What is special about Berlin?”

We took a stroll around the streets of Berlin this weekend and asked people what they think makes Berlin special. See for yourself and let us know your opinion in the comments! END_OF_DOCUMENT_TOKEN_TO_BE_REPLACED 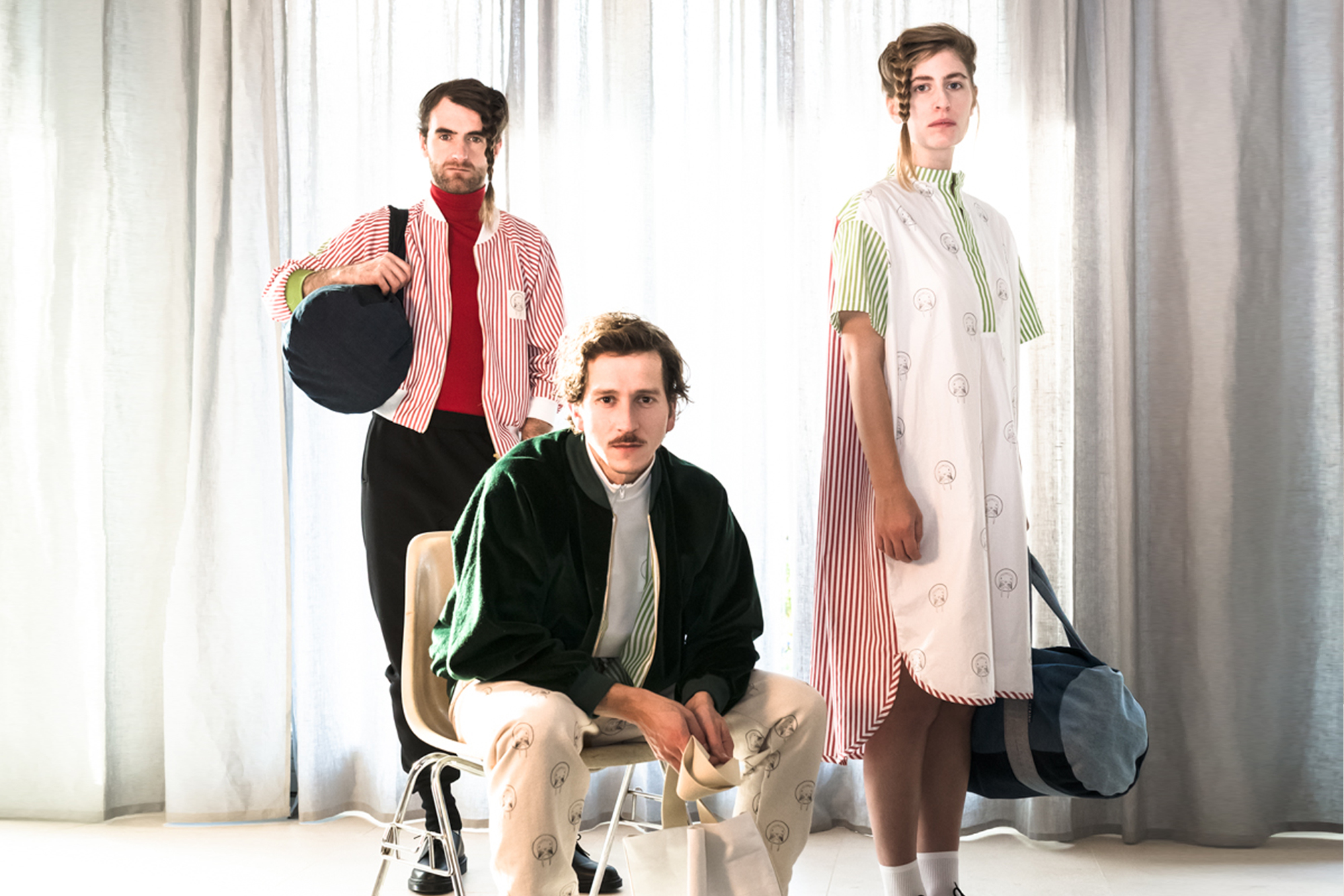 There recently seems to be more awareness in the fashion world in terms of the consequences of our choices. We feel more and more guilty about having a stack of clothes at home we don’t even wear. Meanwhile, clothing brands have been adopting a new approach: H&M, for instance, has introduced permanent Conscious-collections, Weekday followed with a so-called Remains-Collection and & Other Stories asked their customers to bring in their empty beauty packaging. All of them actually offer their clients a possibility to bring in their old clothes in order to get discounts or other profits so that the fashion cycle actually is concluded.

In Berlin, we have been conscious of sustainable fashion concepts from the very beginning. Just take the Greenshowroom and Ethical Fashion Show that assembles international top players from the eco-fashion-segment each year. Berlin, as the capital of veganism is definitely bringing a lot of inspirations and potential for fair and sustainable fashion into the world and designers build their young brands based on those values.

When it comes to bags, not solely fashion, it still seems hard to find the real pearls in the city, though. That’s why we put together a list of amazing bag labels that are sustainable and/ or fairly produced as well. END_OF_DOCUMENT_TOKEN_TO_BE_REPLACED 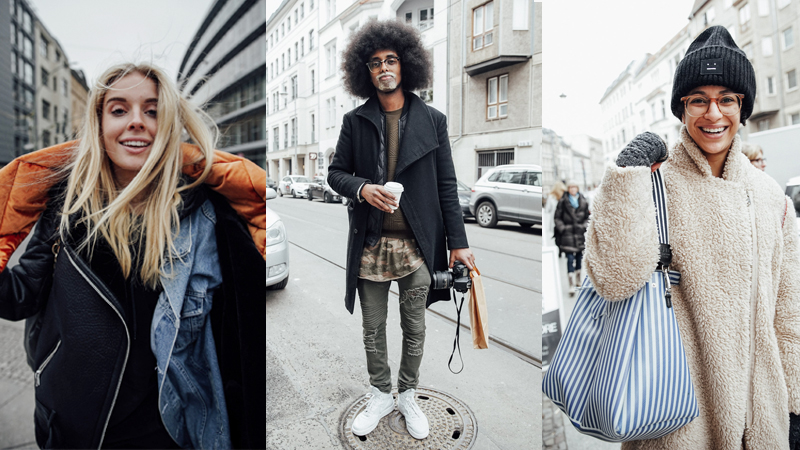 What’s Berlin Style for you?

After Berlin Fashion Week and just during the international fashion shows, there comes the question of the definition of a city’s style again. The Parisians are oh so sophisticated and a hot mess, NYC is chic and cool as ice at the same time. And is there one Berlin look? Definitely not. But do we really have to justify ourselves that we’re not as glamorous, or is our definition of allurement just something else? Anyways, we took a look around the streets in Berlin Mitte and asked people about what they think about the Berlin Look. Let us know about your opinion on Berlin style in the comments! END_OF_DOCUMENT_TOKEN_TO_BE_REPLACED 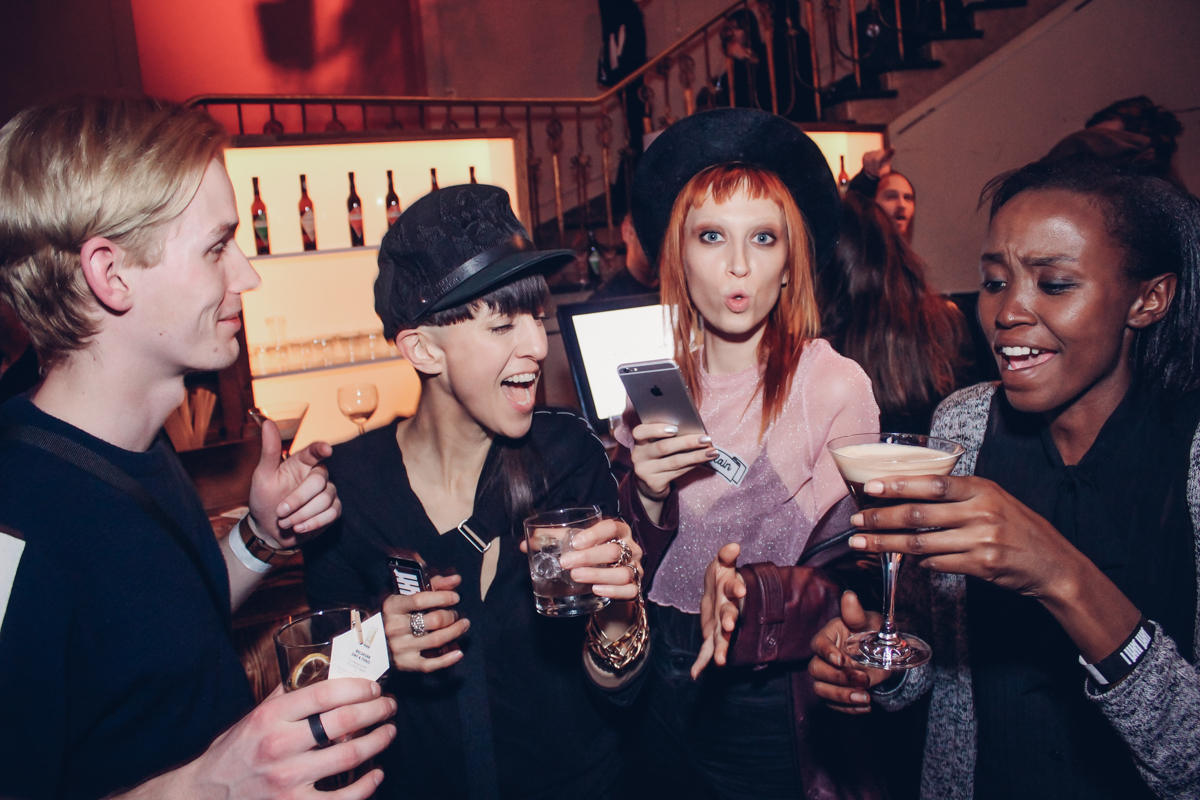 Esther Perbandt won Fashion Week! I said that to her after her spectacular show on Tuesday, well aware that Fashion Week was not a contest to be won. She laughed and said, “but it’s only the first day”. And I responded: “Who do you think is going to top that?”

The show – her second one on the main stage of the historic theater – was a true happening that will be spoken about for years to come. We all knew that we were in for a treat when we waited in anticipation for the show to begin. The stage is just too exquisit and larger than life for it to be only a simple runway show. And it wasn’t and that’s what’s so great about Esther. She got it, as one of the few designers in Berlin (maybe even the only one) that to properly present a vision you have to do more than just send some models down a runway. You want the people to feel something, you want these feelings to be associated with your designs and your brand. As a designer you have so much more to say than the design of one garment could ever express. There is a whole vision attached to it, something that I guess is really hard to materialize. But Esther gave us a great look into her vision with this show. She proved to be more than a designer, she’s a true visionary.

As you can easily guess from my words above I am still quite in awe about the event. But I promise you, I was not the only one. After the curtain fell the people left the hall with glowing eyes full of excitement. I have never seen a crowd leave a fashion show with such enthusiasm. And you could feel it also in the after party because this was much more than the usual standing around, looking good and sipping on drinks affair. The people were still ecstatic and joyfully danced the night away. Of course the delicious drinks by World Class and Belsazar Vermouth also had something to do with the good mood 😉

I feel privileged to call Esther my friend, I feel proud to have been involved in this amazing event. I can’t wait to see the video of the show and relive these breath-taking moments (stay tuned for that). For now let’s enjoy the photos of the party. Here’s to Esther Perbandt!

END_OF_DOCUMENT_TOKEN_TO_BE_REPLACED 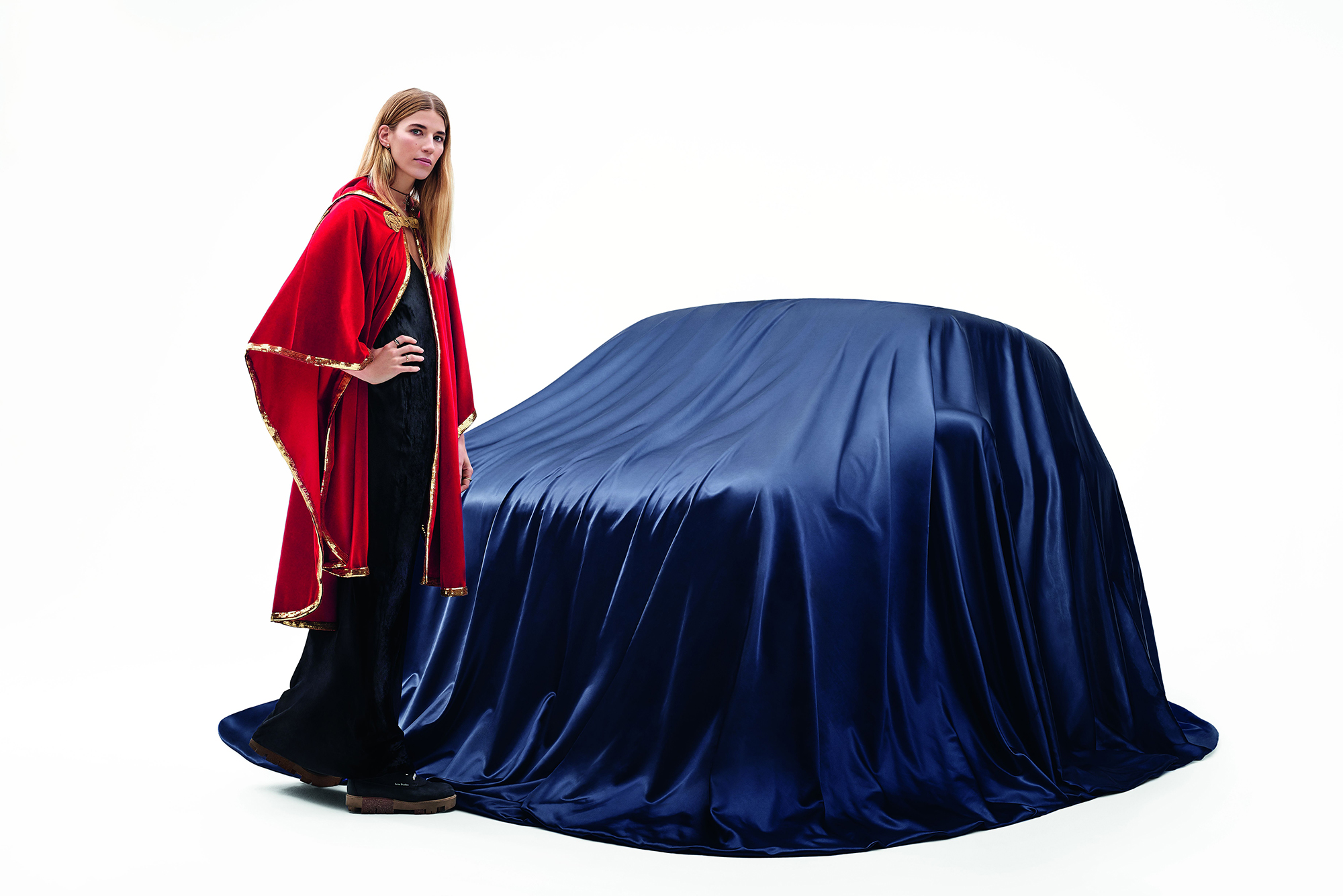 What happens when a car is designed not by an automobile designer but by a fashion stylist? You will find out this week during Berlin Fashion Week…

It makes a lot of sense. The sophisticated individualists of today expect a certain level of style from every product they surround themselves with. It doesn’t stop at fashion, interior design and consumer electronics. It’s only natural that they desire their cars to match their aesthetics as well. The smart BRABUS tailor made program is the clever answer to this as it gives customers the chance to design the slick city car in the colors and with the features they wish.

END_OF_DOCUMENT_TOKEN_TO_BE_REPLACED 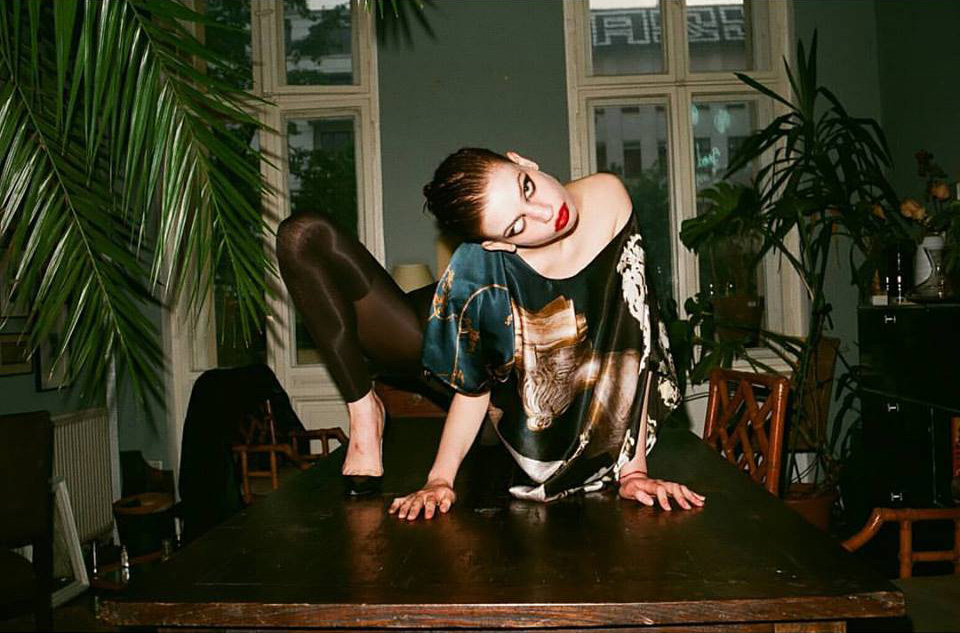 Where to Shop Berlin Designers

A great way to express your identity to the outside world is definitely clothing. Berlin’s community is extraordinarily supportive of people sporting clothes that are anything but appropriate, genuinely individual and often mocking the standards of what’s considered trendy. Get a little heads-up on where to shop the real Berlin Designers in our latest guide.

END_OF_DOCUMENT_TOKEN_TO_BE_REPLACED 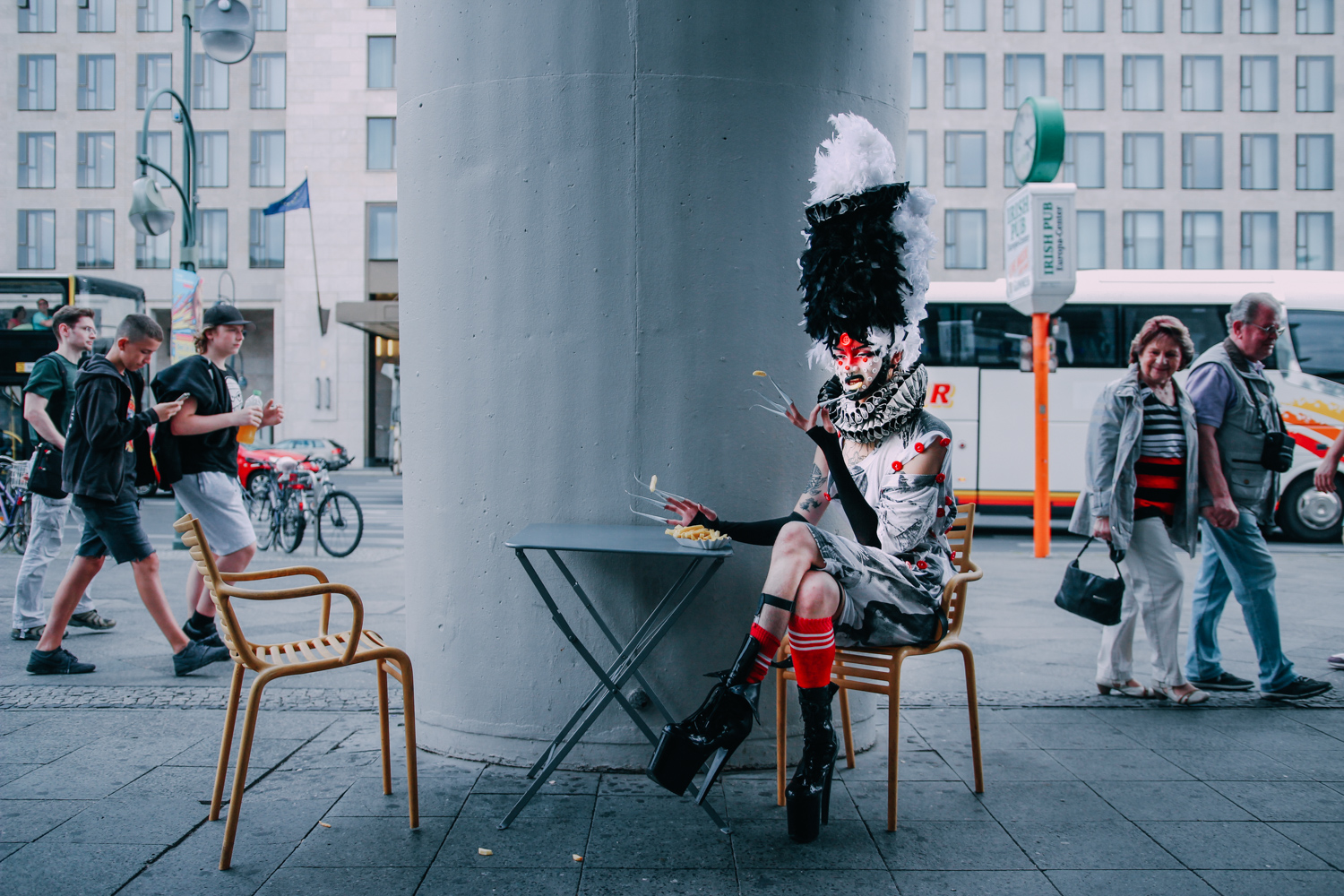 Welcome to the Fashion Circus

Calling the world of fashion a circus if actually not at all farfetched. When you walk into the arena with your outfit on fleek it’s all about the ohs and wows, making an impression that lingers longer than a brief glance, surprising the unsurprisable and in the best case make the people smile. Yes, if a design manages people to feel something, regardless what, it has fulfilled an important purpose. It’s here where fashion transcends what is beautiful to something more meaningful. And that’s glory of it.

A while ago I met up with Hungry, a Berlin character so mesmerizing and iconic that s/he has become a fashion statement her/himself. Together we created this photo series for you guys to draw your attention to the Vogue Fashion Night Out special “Night Circus” at Bikini Berlin that happened in September 2016 and turned the whole place into a fashion circus extravaganza full of surprises and special guests such as star photographer Joachim Baldauf, the rising star of Berlin fashion Marina Hoermanseder and tattoo queen Myra Brodsky.

END_OF_DOCUMENT_TOKEN_TO_BE_REPLACED

The countdown has begun: In just a few days – from September 2nd till 4th to be exact – the new Bread&Butter by Zalando is happening at Arena Berlin. The consumer trend show has the theme “NOW” this year and will be celebrating what is hot in fashion, music and food. Have a look at the program and line-up now to get an idea.

The Bread&Butter has quite a long and diverse history. It started off in Cologne in 2003, but then moved to Berlin and later Barcelona for a while where it rose to international fame, before returning to Berlin to become one of the major events of Berlin Fashion Week. But as many of you have probably noticed it stopped happening a couple of seasons ago. But this was not the end, it was a necessary period of transition and reinvention. Now it’s back, rising like a phoenix from the ashes and everything is different! What happened? And why should we care? Here’s the break-down..

END_OF_DOCUMENT_TOKEN_TO_BE_REPLACED

As mundane as it may sound, Berlin is the very definition of a melting pot. It has always reminded me of an immense theater stage, where all countries take their position and as soon as the lights start to dim, they begin interacting with each other; they fight, they love, they live, but most of all they constantly try to make their stories get heard as loud as possible. There is one thing they have always in common: they are fully in sync with their multicultural environment and in the case of Greece miles away from the picture drawn by Nia Vardalos’ Big Fat – filled with stereotypes, yet utterly entertaining – Greek Wedding.

Several Greek places around the world – cafes, restaurants, supermarkets, concerts etc. – have always made me feel like Alice in Wonderland, but to a more twisted and disturbing extent than Lewis Carroll’s bizarre universe. It is mostly the image of people being lost in their Greek microcosm, fully ignorant of the overwhelming benefits life abroad has to offer, that brings discontent to me. And it is then, when you realize that for some coming from the same place has developed into the one and only criterion of socializing with people.

However, this story is about those who have become citizens of the world and their Greek identity represents a part of it and not vice versa. Here a few examples of Greek businesses and artists active in Berlin who choose to work and live through the aforementioned identity.