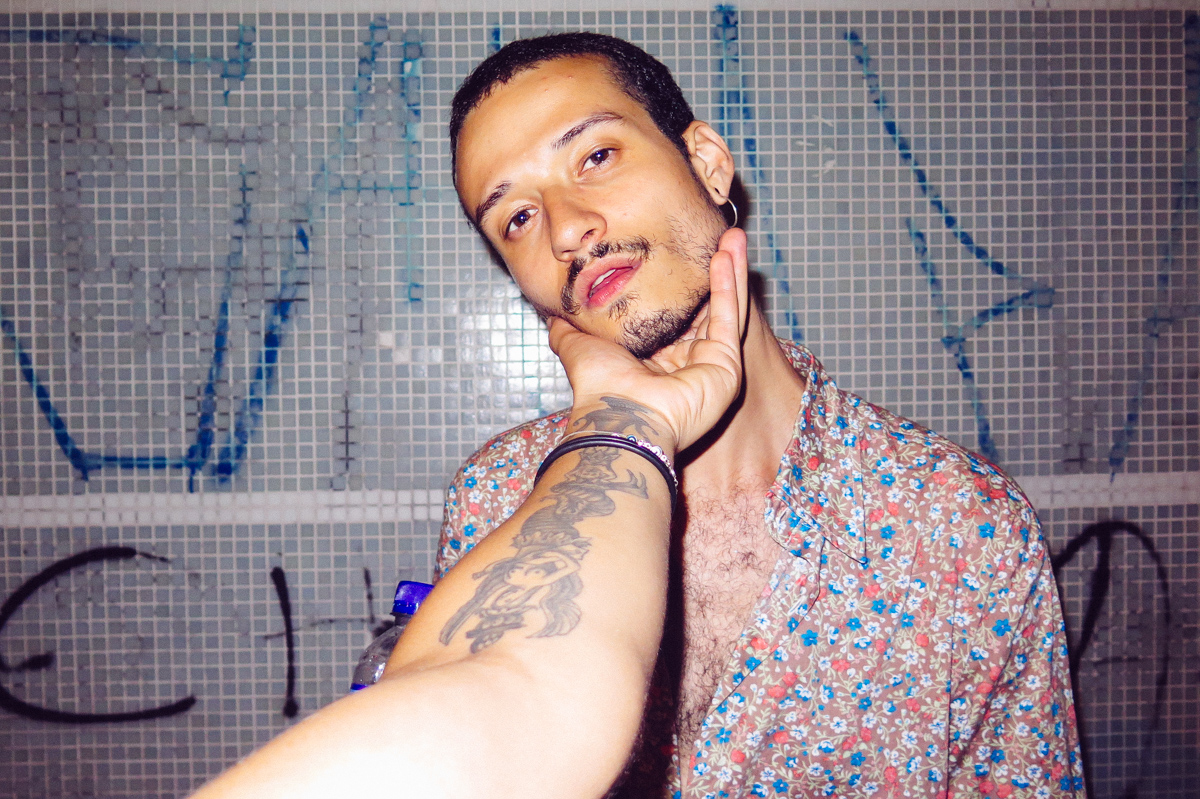 One Night in Slut Paulo

The wild colorful Carnival might be over in Brazil but I want to introduce you to a place where the carnal sins don’t need glitter or costumes to be celebrated during night and day: Sao Paulo. Maybe New York never sleeps but Sao Paulo never stops to fuck. The two times in my life I have been to Sao Paulo I felt every time like falling through Dantes Inferno and seeing devils, demons, witches and pagan gods celebrating love and lust to their fullest. This megalopolis, this biggest city in the whole South American continent is a safe haven for the artists, the crazies, the queers, the rockers and everybody else who does not want to conform to religious rules or a closed minded society.

But wait! What about Berlin you might say? Well, of course the apple of sins in the neighbor’s garden looks always more delicious. While Paulistas and Brazilians in general love the open mindedness and carelessness Berliners tend to have towards sex and sexual relationships I definitely enjoyed the way Paulistas flirted and interacted with each other. Much more warm and friendly, still carnal and maybe even more body-centered then in Berlin.

Last time, three years ago, I danced inside an abandoned skyscrapers turned into a cultural center in the middle of the city. This time around I visited a former brothel turned into a night club called L’Amour. A place that is so small that most part of the party crowd is actually enjoying and celebrating each other on the street in front of it. Fortunately, there were a couple of photographers taking shots of the crowd (that enjoyed their presence while posing to the death).

Have a look on how the wild kids in Sau Paulo enjoy their nights and let’s hope for some good street parties in a much more warmer Berlin soon, too.

END_OF_DOCUMENT_TOKEN_TO_BE_REPLACED 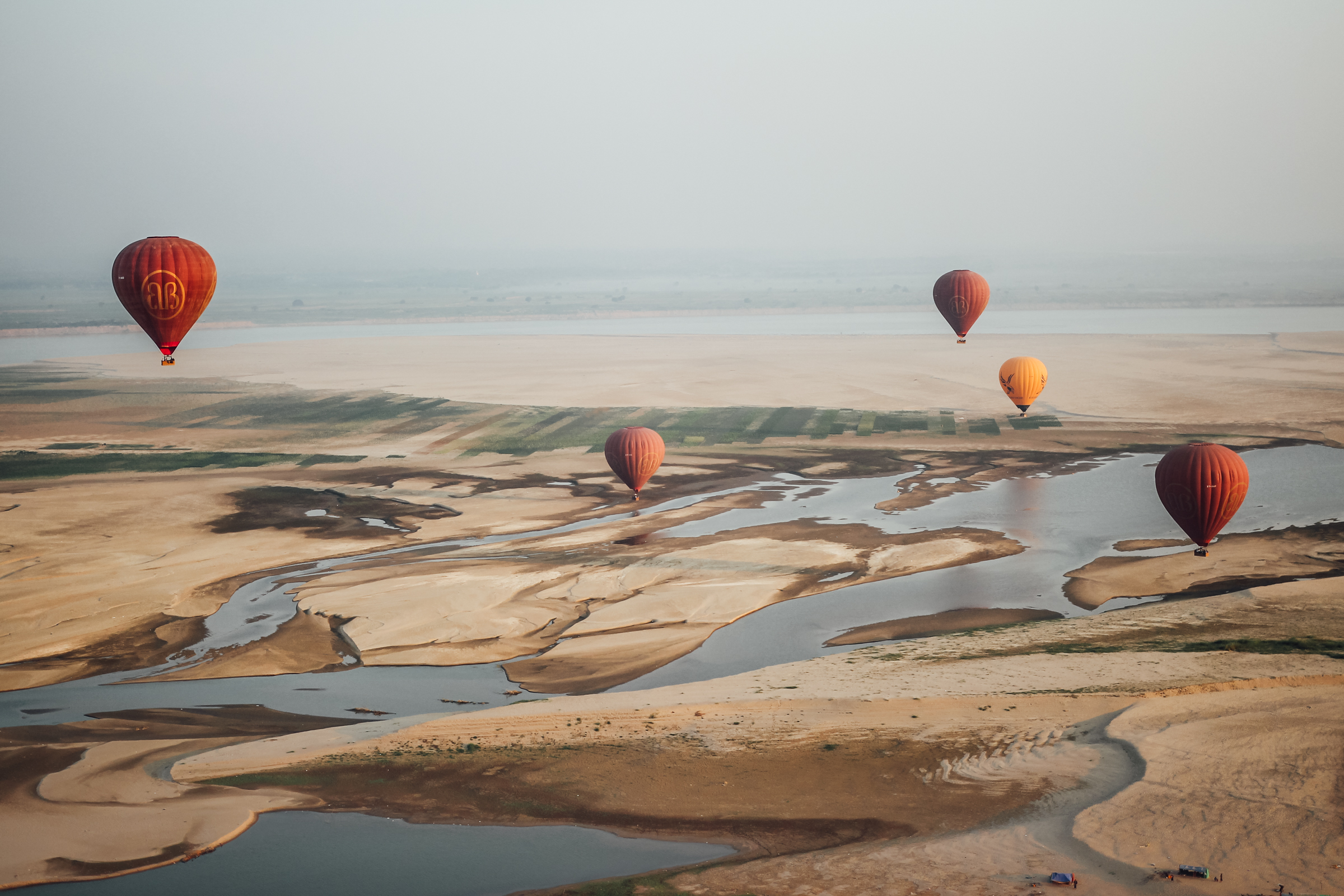 As some of you might have noticed last month I was a bit absent from the blog and those of you who also follow me on Instagram saw that I was traveling through South-East-Asia in February. I normally don’t really share much of my traveling outside of Berlin here because I figure this is not something you are really looking for here on iHeart. But this one story and photo series that I made in Bagan, Myanmar is just too special not to share it…

END_OF_DOCUMENT_TOKEN_TO_BE_REPLACED

Continuing our article series on forbidden and forgotten places around the world, whether they are underground or way above ground, all these pictures have one thing in common: they showcase parts of the world we would rarely discover on our own and they demonstrate the love of the respective photographers for their art, that makes them defy any danger or challenge that comes along with such an adventurous endeavor. END_OF_DOCUMENT_TOKEN_TO_BE_REPLACED

A Guide to Enjoying any Festival

Every year, slowly but steadily, summer finds its way to Berlin. And with it the festivals pop up, seemingly endless. Your Facebook feed is basically exploding and they all appear like your wildest summer dream come to life. But where to start, which to choose, and who should join the perfect festival squad? …Struggles, so in the end you surrender and end up at Volkspark-Friedrichshain, having a barbecue. At least that’s how it feels like to me.

So, when Somersby – the fruity Scandinavian Cider – invited us to the Helene Beach Festival, of course, we went – Far to the east, actually, as east as it gets if you weren’t planning a spontaneous trip to Poland. The thought of half naked bodies, sun screen and apple cider, convinced us to pack our things and leave Berlin for the weekend. A summer beach festival located directly at a beautiful lake, with a wide variety of artists was waiting for us. Summer – music – chill – Let’s do this!

END_OF_DOCUMENT_TOKEN_TO_BE_REPLACED

Berlin has always been a kaleidoscope of cultures. People from all over the world come here to spend some time or start a new life. Each and every one of them brings a little piece of their home country with them, may it be a recipe, a local tradition, an idea, or a project they started there and continue here. All of these things enrich Berlin is creativity and diversity. It gives its inhabitants the feeling they are not just living in one city, but they are living in the entire world in one place.

In our series about foreign lifestyles in Berlin we have already introduced you to the contributions to our city that came from Turkish and from Polish people. For our third edition we are looking at a country that is much further away than that: It’s also known as Down Under!

For our Australian edition we are also introducing a novelty to our series: We teamed up with the beloved international hair care brand Aussie to give you the chance to not only experience the Australian lifestyle here in Berlin, but also to win a travel budget of 2500 EUR to fly all the way down under yourself and get a taste of the Aussie life! More about that after the jump. END_OF_DOCUMENT_TOKEN_TO_BE_REPLACED

A Hotspot for Music and Culture: The Montreux Jazz Festival

I’m standing in front of the tallest, most powerful water fountain I have ever seen. Water shoots into the sky like some sort of glorious tower of refreshment. I’m in Geneva, Switzerland – Germany’s neighbor to the south – at the southwestern tip of Lake Geneva. This is practically France, but more expensive. Some Italian friends drive up from nearby Milan and Turin, pick me up and we drive along the northern side of this lake through Lausanne to a lovely little town on the lake’s eastern end. A historic week of music happens here every year: the Montreux Jazz Festival. Invited by Jeep, I had the chance to get out of Berlin for a bit and explore this beautiful hotspot for music. Follow the jump for more about this unique escape from Berlin.

END_OF_DOCUMENT_TOKEN_TO_BE_REPLACED

Berlin might be a disaster when it comes to airports but at least we have an overabundance of low-cost-airlines to choose from. And while hundreds of people come to Berlin to get their rocks off every weekend, I prefer to travel and, as some of you might remember my column on the terrible truth about the German man, I have reason enough.

END_OF_DOCUMENT_TOKEN_TO_BE_REPLACED

Two Berliners having a Design Adventure in Milan

Exploring new cities has always been a pleasure for us. We come back with a bag full of new inspiration, ideas and urban concepts that we might want to see also in our beloved hometown. Last week Alicia Kassebohm and I had the great pleasure to travel to Milan to visit the prominent Milan Design Week invited by the Belgium Design initiative: Belgium is Design. Like last year we visited The Salone del Mobile which is the biggest fair for contemporary design products and the Fuorisalone (outside Salone) the uncountable mass of side-events happening all around the city. In over 5 districts of Milan the complete neighborhood is transformed into a walkable showroom where young and upcoming designers and small manufactures present their products. This brings not only a lot of creativity to the neighborhoods but also involves the inhabitants in what is usually a very elitist topic: design. This kind of urban participation is something I really miss in all the fairs and big events happening in Berlin. So this would be something I could really imagine in a Berlin of the future. After the jump you find our favorite impressions sorted out by districts, a little art museum adventure we had and the best pieces from the exhibition of our partners from the Belgium Design Initiative.

END_OF_DOCUMENT_TOKEN_TO_BE_REPLACED

On the scenic Spree riverbank at Hauptbahnhof’s Washingtonplatz once set a pavilion by the tourism board of Mexico. The installation highlighted the many wonders of this country – its cuisine, its heritage and its natural beauty.  The pavilion’s dome featured the latest in flashy, interactive technology – I wore an Occulus Rift VR headset for the first time.

Mexico is indeed an awesome travel destination. I visited in December – it was the perfect warm getaway from the Berlin cold. I went to the Yucatán Peninsula on the Caribbean Sea, home to Playa del Carmen and Tulum of the Riviera Maya.

END_OF_DOCUMENT_TOKEN_TO_BE_REPLACED

We love to travel with a cultural agenda. Visiting Venice for the Art Biennale or Milan for Design Week was so inspiring and we love to look back at the photos we collected there. Art and design events are a wonderful bridge to get to know a new city and I always try to visit creative spaces, galleries or museums when I travel to a new city to get in contact with the creative local scene.

In the beginning of October I had the chance to discover a new town in my repertoire of creative hotspots: Liege. The third biggest city in Belgium (after Brussels which is known for politics and Antwerp which is known for fashion) is the so called “Latin” city of the country. They had a big wave of South European migration in the 60s that made the city quite connected with Italy. While visiting the Reciprocity Design Triennale I could almost physically feel this connection because I was always surrounded by Italians. This year’s edition had a main focus on design with a social impact. Bringing designers and citizens together in the process of public service innovation was one of the most focused topics in the exhibitions we saw. This was really inspiring for me as somebody who works with Berlin, because I love to learn more about how creative ideas can be a positive factor in the social development of a city.

What impressed me the most about the Reciprocity were the stunning locations they choose for their different exhibitions. From an old school theater with murals from the 20s, a church turned into a museum and a monumental swimming pool which is now a space for public events. Our friend and Blogfabrik colleague Eylül Aslan joined us for this trip. Discover her unique photographic impressions and some more insights and pictures from Liege after the jump.