When you think of Berlin souvenirs you probably think of plastic TV towers and tacky T-shirts. None of these things really capture the spirit of the city as we see it, and I’m sure none of you would be interested in any of those.

The Italian label Palomar came up with a new design souvenir titled City Icons that really took us by surprise. They completely rethought the concept of a city snow globe, creating a series of contemporary objects that highlight an architectural icon of the city that is not your typical tourist sight. The series that was designed by Paolo Dell’Elce and curator by Marco Sammicheli includes sleek black snow globes of cities such as Paris, London, Sydney, Hong Kong, Frankfurt, Amsterdam, Barcelona and of course also Berlin. But instead of the Eiffel Tower, Big Ben or the Sagrada Familia you will see the minimalistic shapes of buildings that are maybe not on mainstream tourist’s itineraries but are nonetheless iconic for the respective cities. 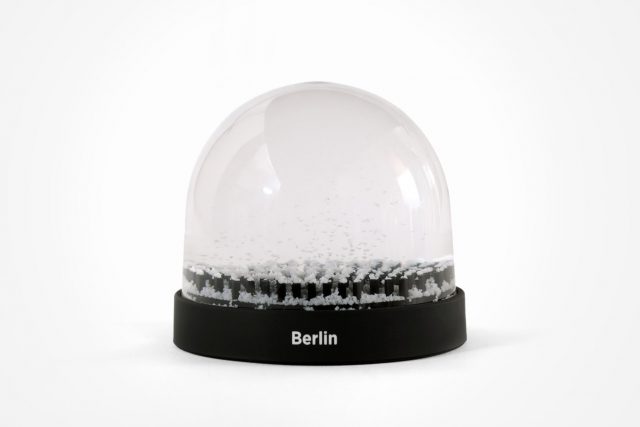 In the case of Berlin, the designers made a very daring choice in my opinion. Instead of any fun or glorious building in Berlin they actually choose one with quite a dark history to it: The Monument for the Murdered Jews in WWII. You read that one right. It’s quite a powerful statement to embed into a snow globe for sure. But the designers are right, this is certainly one of the most iconic and recognizable structures of Berlin that is also very important to the history of the city. 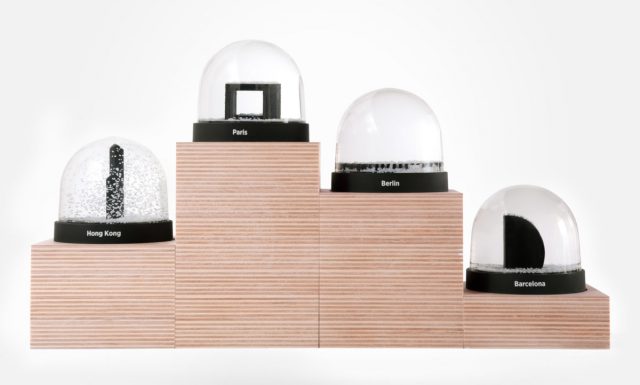 What do you think? Would you choose such a serious monument as a souvenir?