The first thing I came across since the lockdown that could be called a party, even if it wasn’t planned as one, was the infamous boat demonstration to save Berlin’s club culture. The event has seen a lot of discussions, mostly not in a positive light. Even people who are normally pro-rave came out against the horrible images of crowds of people non-raving in close proximity at a non-rave.

The throngs of people on the shores of the canal probably didn’t do much to lower the reinfection rate. But I think that it’s important to distinguish this from boating itself, which can be an amazing lockdown activity. And there is something about chilling in a boat with members of one’s household, and a good Bluetooth speaker that satisfies similar urges to raving. 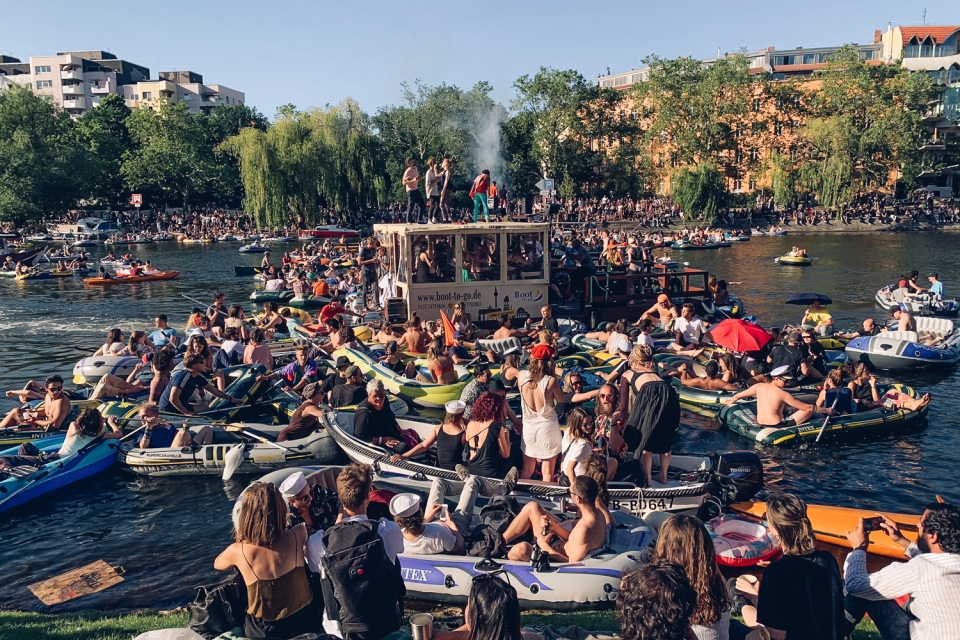 Berlin has more waterways than any other city in the world, including Venice. This has created a unique culture of floating among the swans in rubber dinghies. And most of the people who recently invested in one of them did so with people they are already intimate with. So as long as people don’t climb into each other’s boats, it is actually a fun and natural way to keep the Abstand while also getting some sun.

After the boat demonstration and some other public events happened, including the reopening of churches, and the reinfection rate didn’t skyrocket, small, private, and secret dance parties started to pop up. Most of them involved relatively few people and were not bothered by the police but occasionally a bigger one gets into the news.

Tempelhof, the biggest park of Berlin, became even more of a center of activity during the lockdown. The eastern and southern side has buskers, speakers, and people dancing almost every day but there is plenty of space to keep a safe distance and the crowds tend to disperse when the park closes anyway. 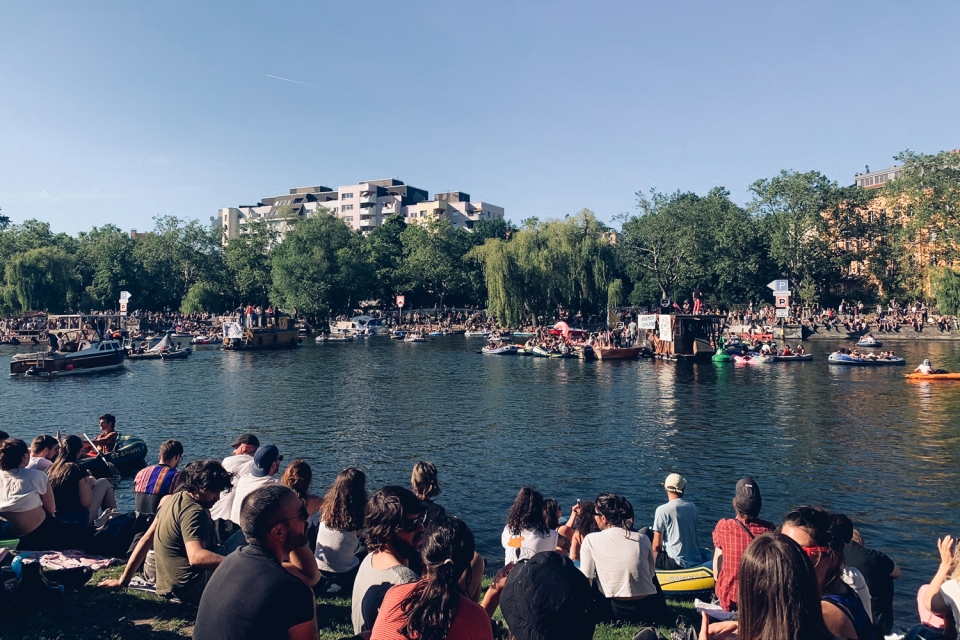 There were some more organized events here too:

Hasenheide also became a center of activity, and occasionally a cluster of spontaneous raves after Tempelhof closes its gates and the crowd crosses Columbiadamm. The one that was stopped by the police two weeks ago allegedly had about 3000 people present, and the estimates for last weekend’s crowd are in the hundreds. This number of people gathering in one place when the law only allows events of up to 1000 people may seem, with the words of some German journalists, suicidal and antisocial. However, it bears some explanation.

Hasenheide is one of the bigger, bushier parks of the city, which is why it is so ideal for spontaneous dance parties, especially at night. It has not one but at least five large fields that make good dancefloors, and many smaller ones. Those 3000 or so people were not all crowded together but distributed relatively evenly between them. And it was the day of CSD (which did a decent job of keeping distancing regulations), with beautiful weather, so the park was already full before any raving took place. Lastly, there were at least 4 much smaller, relatively private parties in other locations on the same night, all shut down by the police. Many of those people and speakers also ended up in Hasenheide. 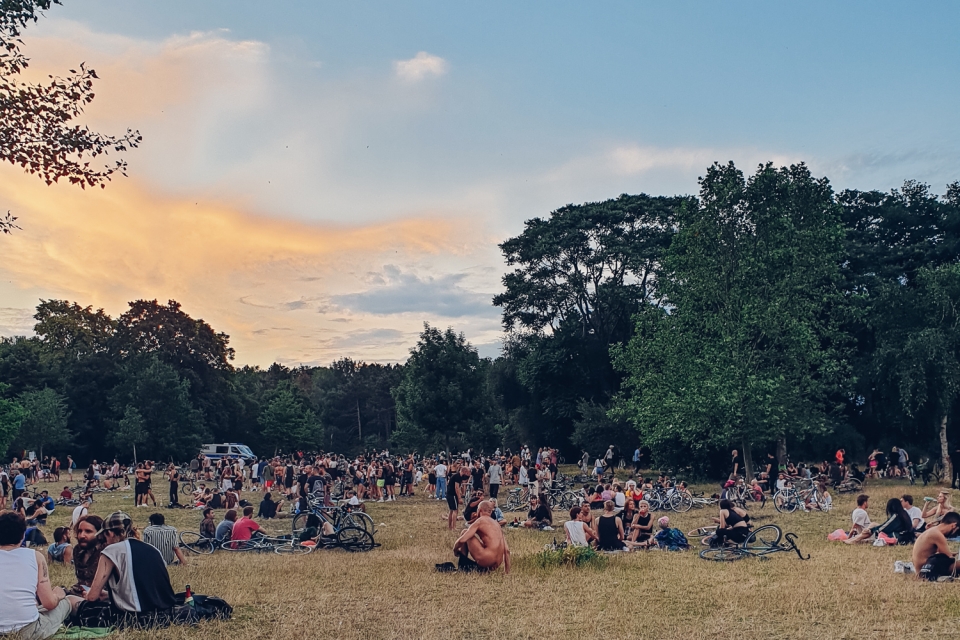 And the fact of the matter is that, despite all the parties, the infection rate in Berlin is well below the national average. Both Baden-Württemberg and Bavaria, for example, have a rate per 100,000 inhabitants that is about 50% higher than in Berlin. Having lived in Baden-Württemberg for a while, I am at a loss over what risky activities take place there that don’t in Berlin but the numbers don’t lie. Perhaps the ravers balance the scale by staying home with a hangover for three days after the party?

I am not saying that these things justify raving in the park but perhaps they better explain how 3000 people end up there than claiming that they are all suicidal and antisocial. People seem to be more and more dissatisfied with the new normal, in particular the somewhat arbitrary ban on dancing. Even politicians are calling on the local government to designate safe spaces for regulated but legal open-air events.

Raves are almost impossible to ban because the difference between a picnic with a speaker and a rave with a picnic blanket is very subjective and largely depends on the quality of the speaker and the size of the crowd. And since in Berlin techno music tends to attract larger crowds and better speakers, these events end up looking more like raves than events with softer music.

Berlin has, for decades, embraced rave culture and everything that comes with it, including the much-needed tax money from the clubs and the economic boost of club tourism. It has become one of the freest cities in the world and now has to deal with the freedom-loving, defiant, exuberant inhabitants it has attracted. In the end, ravers are going to rave, and the government will either have to ease its dance regulations or accept the return of unregulated dancing. I recommend government-subsidized cybergoth parties.