Berlin’s very own hard rock export goods, Rammstein, made a comeback last week with a brand new single and a music video directed by Specter Berlin. And although the band definitely caused many a controversy in their career spanning over a quarter of a century, the song ”Deutschland” has propelled them to the levels of scandal they might not have ever reached before.

To me, the song itself begins in a way slightly reminiscent of Rammstein’s earlier work, and the very first line of the lyrics obviously brings to mind the 1997 hit song that probably made Rammstein the international sensation it is today – ”Du hast”. The past remains the main motif visually throughout the entire ten minutes of the highly cinematic music video – and that’s where the controversy arises.

To put it lightly, members of the band take a trip down the extremely complex memory lane of Germany’s history, stopping by the moments that clearly must be some of the most problematic for the German collective identity. The snippets have the musicians act as symbolic figures representing different eras of Germany’s past. The visual timeline starts with an image of (presumably) Roman legions wandering through a forest back in the 16 A.D. and continues to some more recent history, like the GDR mayhem of politicians and Stasi spies. Germania, a character historically representing the entire German nation, is also appearing throughout the clip, played by the beautiful Ruby Commey. 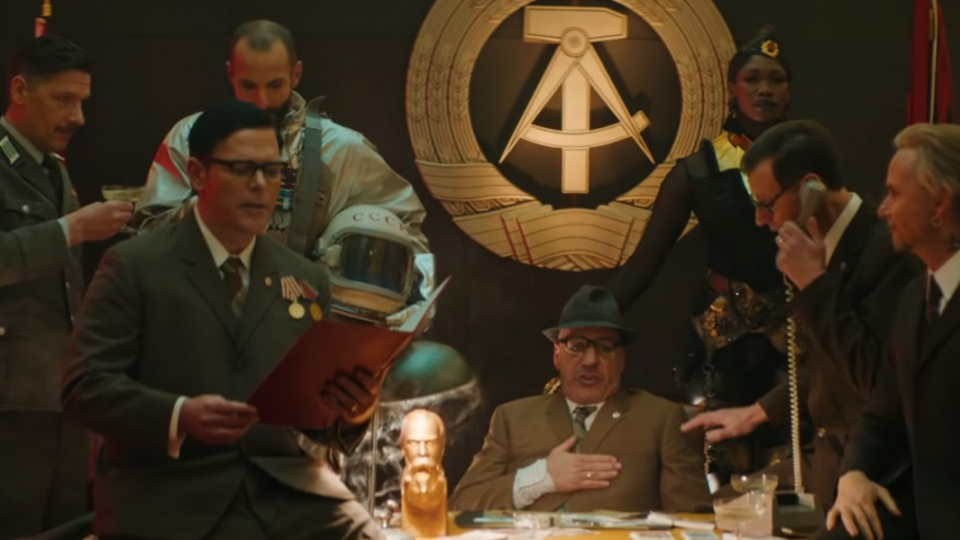 The scene that has garnered the most criticism is obviously the one where the band members pose as figures from a Nazi concentration camp. What made the circumstances even more controversial was the fact that it was these potentially problematic fragments that appeared in the teaser for the video before its release, leaving many understandably shocked and confused without providing any context. Four members of the band, including the charismatic singer Till Lindemann, are prisoners hanging on the gallows, while the guitarist Richard Z. Kruspe and the drummer Christoph Schneider act as some kind of Nazi officials. In a later sequence, the tables are turned and the prisoners shoot the Nazis in the head.

But in analyzing the meaning of ‘’Deutschland’’, one has to turn to the lyrics. Particularly the chorus presents a message that – at least to me – is pretty clear. The lyrical I declares (in my own translation): ‘’Germany […] I want to love you and condemn you’’ and ‘’Germany / my love / I cannot give you’’.

I had mixed feelings about whether the oversimplification of an image that stands for what is widely regarded as humanity’s darkest hour is really justified, and indeed, whether a music video is an appropriate medium for this kind of conversation. I’m still not sure about that, but I do believe that there is something to be said about scrutinizing the collective consciousness of a mighty empire and confronting the masses with even a tiny insight into the atrocities of their own irrefutable past. 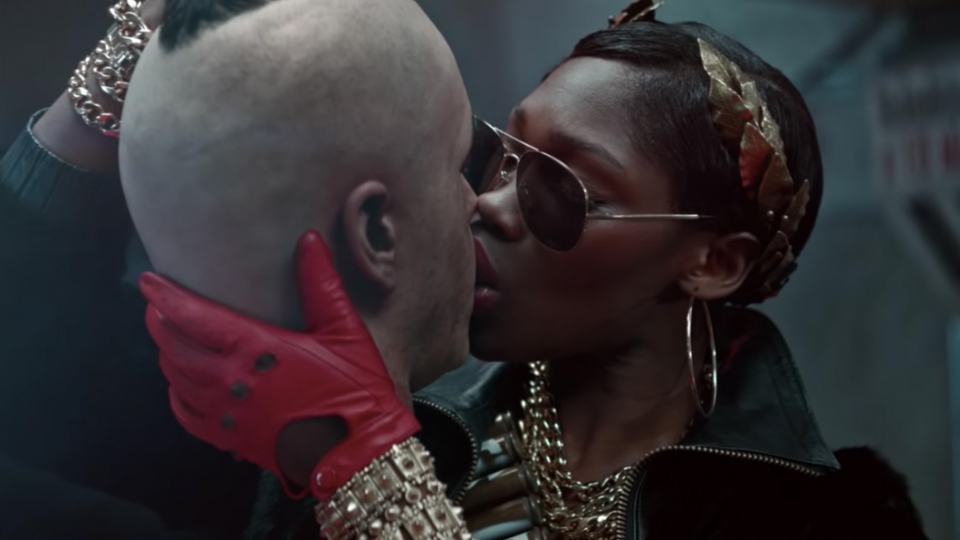 Just like that past is not limited to the period of the second world war, the video for ‘’Deutschland’’ is more than that one scene set in a concentration camp and it probably should not be evaluated only through that prism. After gaining some perspective from German friends, I came to believe that Rammstein’s most recent work can indeed be interpreted as a representation of the complex sentiments many Germans feel toward their homeland. Having their art misunderstood is a constant risk for all creatives, but guys from Rammstein never seem to shy away from taking it.

However, in this case, particularly, some critics seem to straight up deny Rammstein the category of art in the first place, maintaining that the video, or at least the concentration camp fragment, is, in fact, a gross misuse of artistic expression. This does seem rather inconsistent with the fact that after all, the Holocaust was and continues to be represented in various movies without inciting the kind of backlash Rammstein is now getting. One reason for that could be that some audiences refuse to see a music video as anything other than a promotional clip and thus consider ”Deutschland” a shameful display of purely commercial motives. But provided that one is able to approach a music video as an independent product of creative expression, I find it hard to disagree that Rammstein’s ”Deutschland” is in fact as thought-provoking and well-produced as we can expect a decent piece of art to be.