The boundaries and transitions between rooms are just as important as the rooms themselves: visitors often have to crawl through surprising openings, press buttons, and are confronted with dead ends and hidden doors. Like our post-Corona future, the works come without preassigned interpretations and are to be grasped at confusedly from the dark. 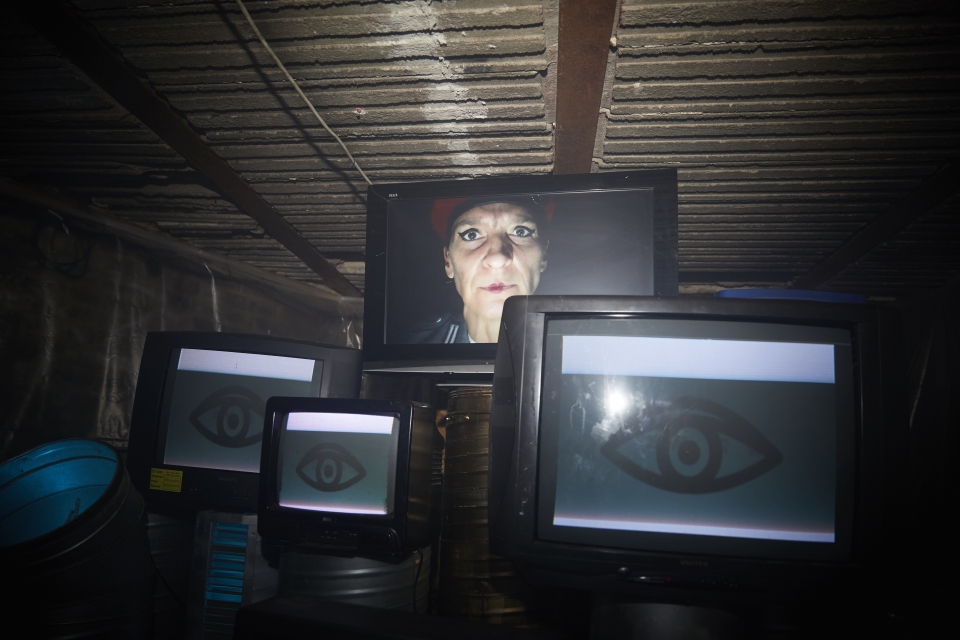 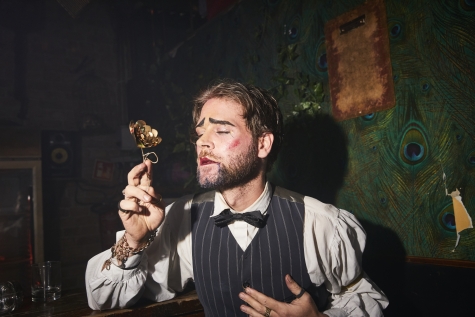 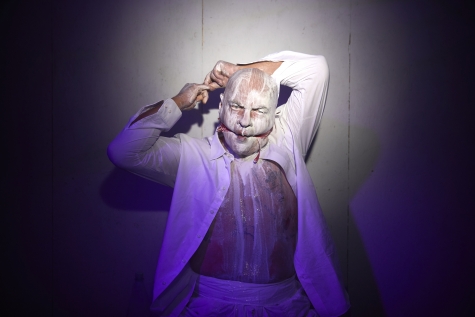 Overmorrow collectivizes the experience of isolation, of being taken outside the normal flow of time. Much of the art deals with the task of taking account of what is to be saved from the world of yesterday and taken into the day after tomorrow. The moments when traces of the original purpose of the dancefloors, smoking lounges, and bathrooms of Wilden Renate shine through serve as a reminder that the club itself is going through this process of hibernation.

Without the baseline of community and the routine of commuting and going out, mental life and identity are left to ferment and play out in isolation. Normative pressure and other external forces disappear, leaving only what is already internalized, which can be liberating or traumatizing.

“Locked in, lights on,” an installation depicting a quarantine-room, draws attention to this process in a personal way. A bedroom, which normally has a specific, very intimate purpose, stretches to become a museum of life, laid out through symbolic objects and spatial relations. Everyday objects become doors to hidden worlds of meaning. A person’s whole world is present, but only in abstraction, which brings it even closer to the visitor. 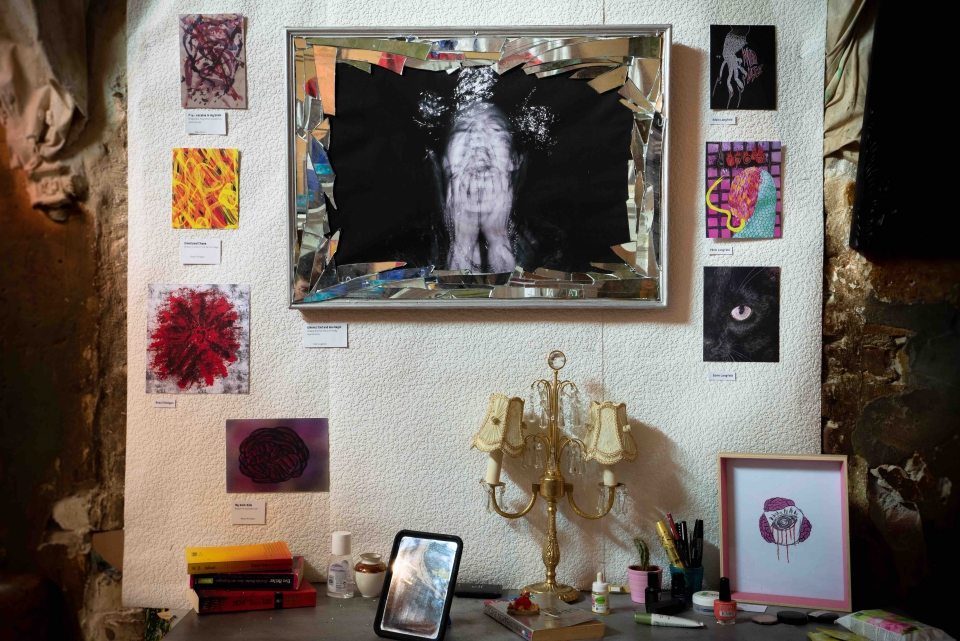 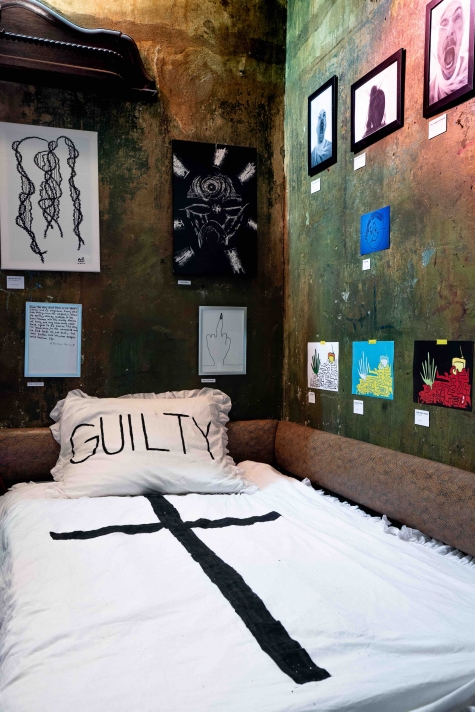 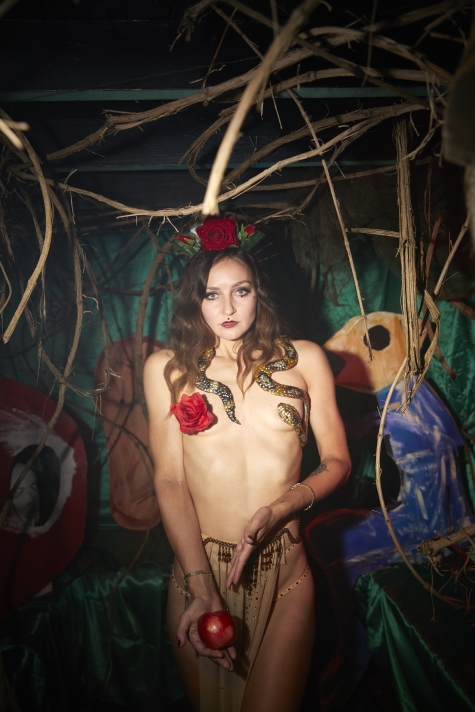 “We use various mediums to delve into what lies behind many closed doors. For some, leaving their room was not an option, even well before Corona; it was daily torture. Some were already locked in by force and/or emotional manipulation. Some didn’t notice what troubled them until they were locked in, forced to dig deep to find Amor en los Tiempos de Corona.” – explains Kim Kong, CEO of Red Leather Lab, the collective responsible for Locked in, lights on.

In the last room, the visitors get ready for their exit in a space reminiscent of a waiting room, while watching the silhouette of a naked dancer, inviting and distant, intimate and impersonal at the same time, before being released back into the courtyard of Wilden Renate. The courtyard itself has gone through an uncanny transformation: the furniture and much of the people are the same, but the exclusive, sex-positive nightclub is now an afternoon Biergarten. The entrance to the street is opened wide and the bouncers are not there to send anyone away, only to remind visitors to cover their faces and wish them Viel Spaß.

The disruption of economic, social, cultural, and almost every other type of activity creates a responsibility to reevaluate: normally the desire for change has to be balanced against the cost of change. But when everything stops and has to be willed into life again, the price of change is already paid. If there is anything about the world that should be reevaluated, there has never been a better time to do it.