From September 29th til October 2nd the Soura Film Festival is going into its 4th edition once again enchanting us with its incredible selection of short and feature films from the SWANA region (South West Asia & North Africa). They already created a lot of buzz about the festival with various pop-up screenings of some of their short films over the summer, but finally, the festival is happening at the end of September.

This year they celebrate sexual liberation, tales of reshaped identities and affirmation, and most of all, a love letter to all the individuals that make this community the strong entity that it is, facing all hardships, reclaiming our places in the natural order of things, while setting the stage for a dystopian future.

“Soura Film Festival is a Berlin-based queer film festival that sheds light on cinematic talents from the SWANA region. Soura—which means ‘image’ in Arabic, is about sharing a vision of life that is poignant, defiant, and unique. The festival’s mission is to create a safe and welcoming space for filmmakers whose creative vision has challenged heteronormativity and patriarchal environments, and have explored queerness and what it represents to them. Queerness, as seen by the festival, is not exclusive to efforts related to the LGBTQ+ community, but also tackles themes such as feminism, migration and human relationships that defy oppressive social constructs. Every fight for basic human rights is our fight when it comes to seeing the world from a queer gaze.” 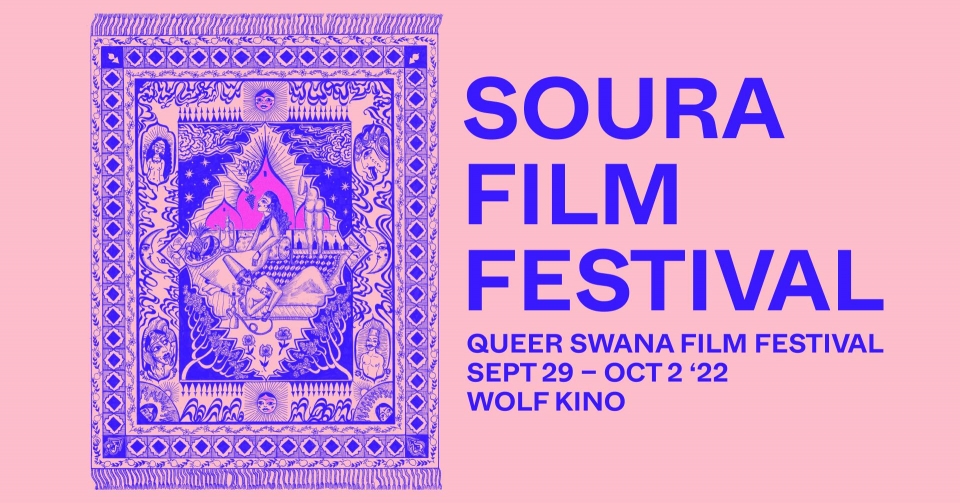 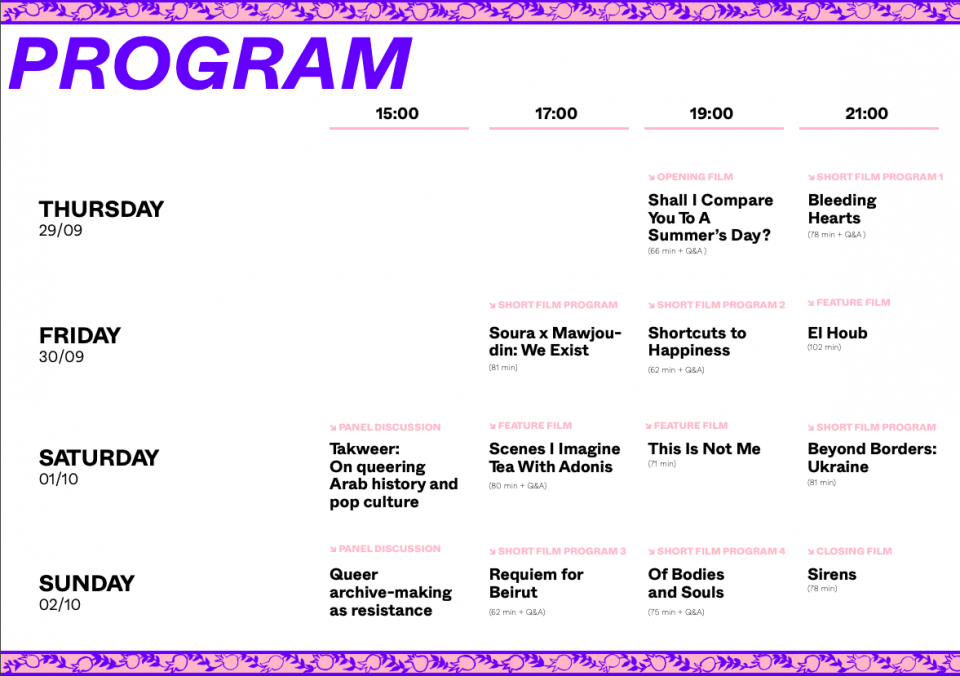 “Over the past few decades, the SWANA region has witnessed a lot of political engagement within queer communities, whether against laws that criminalize their lives or in favor of change and education. Fieldwork has been positively affecting individuals from the gay, lesbian, bisexual, and especially transgender communities, but activists have also been involved in debates that support women’s rights and the well-being of other communities treated as minorities, in an effort to normalize an anti-colonial environment that stands against imperialism. We show our support to everyone fighting for their rights, including the ones that were forced to leave their homes for a safer future.”

“Soura Film Festival aims to step across borders to help filmmakers advocate for queerness through powerful storytelling. The festival reserves the right to select artistic efforts that adhere to its political frameworks and support the notion of queerness that stands with the struggles of oppressed communities everywhere in their fight for their basic rights. Therefore, given the region’s political landscape, it’s crucial to state our position against any efforts that indulge in pinkwashing and purple washing those daily struggles and this ongoing fight for freedom.” – Soura Film Festival.