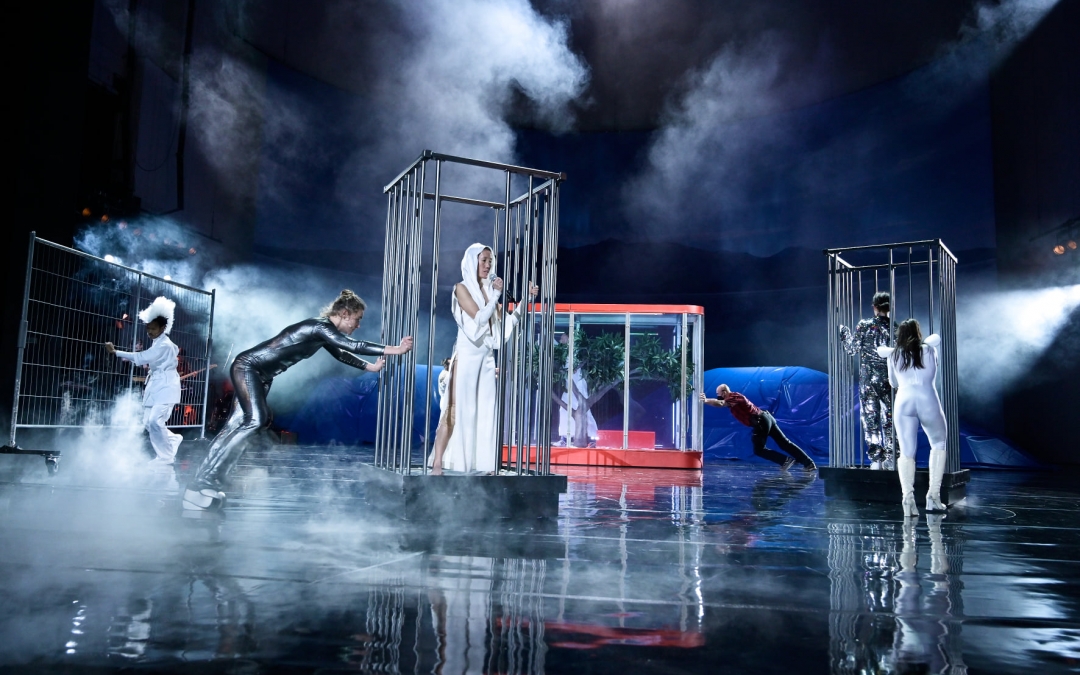 With clubs closed, events canceled, and generally December being a month mostly dedicated to anticipating Christmas and buying presents, there is not so much to do in terms of entertainment and nightlife. Or is there? Well, as by magic, some of my most anticipated theater pieces happen to have performances this month and I’m so excited about it because due to several lockdowns and what not I haven’t seen a lot of theater in the last 2 years and I miss it.

To avid followers of iHeartBerlin and regular readers of our event guide, it might not come as a surprise that we are big Constanza Macras fans. The Argentinian director and her company DorkyPark have blessed us with many memorable nights in the theater (or whatever other place she chooses for her pieces because it could also very well be a forest or an abandoned industrial hall). So this month she does not only have one but two of her big stage productions playing at Volksbühne and I really recommend you to go. The West is a piece about colonialism that premiered last year and I’ve seen it and it’s fantastic! The Future is her new production from this year, I have yet to watch it, and I will and I can’t wait.

Also on our list is Bibliomaniacs, a dance piece from a newly formed collective of female performance artists that we had the chance to see last year already and warmly recommend. It’s playing this week at Fahrbereitschaft in Lichtenberg. And last but not least, the opera that prompted our recent Cocktail & Movie Night at Staatsoper Berlin: Sleepless is one of the contemporary productions from Staatsoper that I believe is a great opportunity for a younger audience to get into opera and see how impressive a full-blown opera production in one of Germany’s main opera houses actually is.

In BIBLIOMANIACS, six women create an exposed universe of words and movements where both worlds compete with each other in order to endure, to transcend. Beautiful poetry mixed with straightforward monologues and sexual phantasies bring us to the past and the very present in a tense and unsuccessful dialogue. The unique physicality of BIBLIOMANIACS belongs to what Lisi Estarás defines as the monkey mind language: the incessant chatter in our heads when we go from one thought to another, from one emotion to another, like a monkey jumping from tree to tree chaotically. This physical language emphasizes certain randomness, the disconnection between the brain and the body, always confronting the very personal way of executing our actions, decisions, movements…

Itinerant Dance Ensemble is a platform in constant movement that connects female dancers, directors, and choreographers to generate great work opportunities for female freelance artists. Following SOMETHING (2018), BIBLIOMANIACS under the direction of Lisi Estaras is the second production of Itinerant Dance Ensemble. 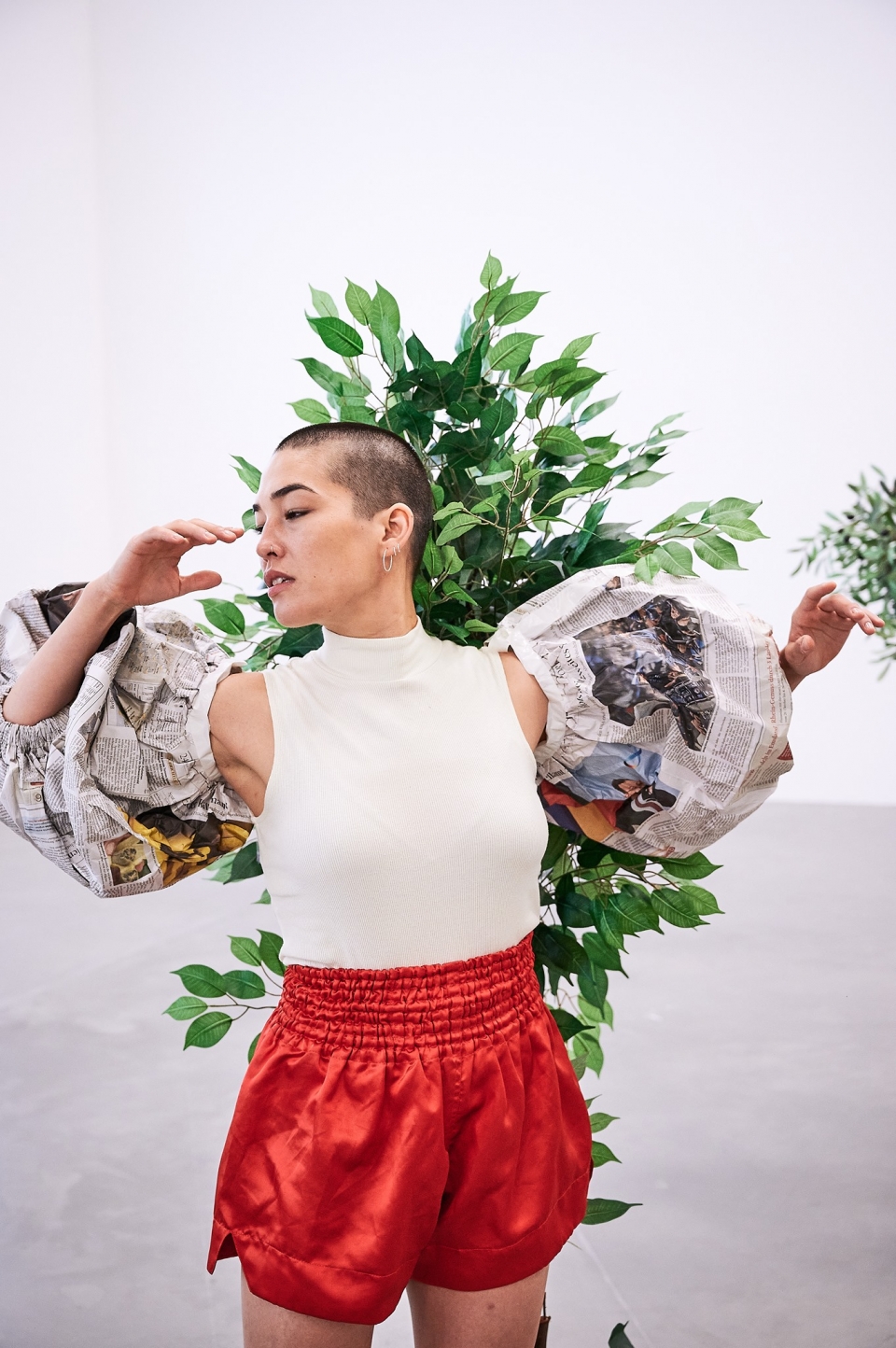 »When it’s out of necessity, anything is permissible, he says. Maybe you’re right, she says.« The place: Bergen, Norway. It’s cold. It’s raining. Asle and the heavily pregnant Alida wander around the coastal city. The young couple is turned away wherever they go. The likes of them are not welcome here. Each pause masks a further drift into a surreal psychological haze. Driven by desperation, they break into a stranger’s house. A series of mysterious encounters in which the past comes to life proves to be a disastrous race against time.

Adapting a short story of the same title by the Norwegian writer Jon Fosse, the Hungarian conductor-composer Peter Eötvös, one of the most influential figures in new music today, composed »Sleepless« on commission. In it, he and the librettist Mari Mezei interweave snapshots of the existential search for belonging, crime as a response to human indifference, and the struggle with a sense of being out of place, generating a kind of suggestive, operatic stream of consciousness. The world premiere also marks the Staatsoper Unter den Linden debut of the Hungarian film, theatre, and opera director Kornél Mundruczó, well-known for cinematically realistic works that often address contemporary social themes. 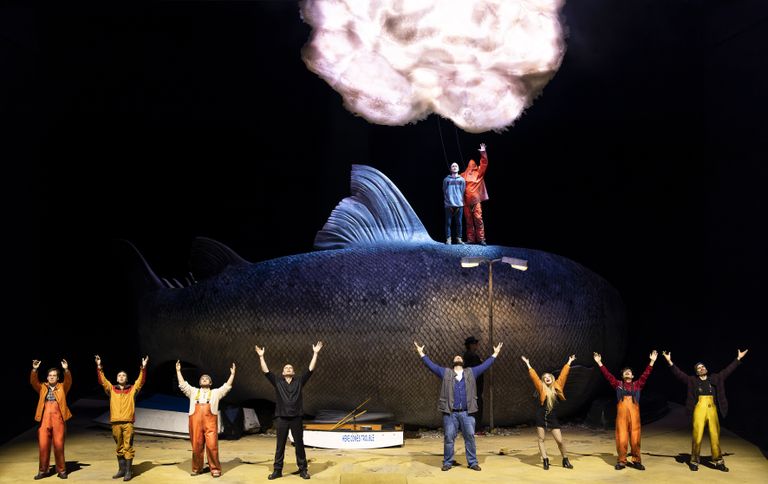 Human beings have, throughout the ages, felt the urge to predict the future. In ancient times, oracles were consulted, people read in the bowels of sacrificial animals for prophecies, or looked into the constellation of stars up in the sky. For many decades in the past, the eccentric fortune teller Walter Mercado made prophecies about the future in popular tv appearances, nowadays in numerous astrology websites on the internet do the job.

In the future, we will examine the future in the past and various theories of time, oracles and riddles, and, following Karen Barad ́s thoughts, the possibility that the past might not have arrived yet. Maybe the future has been slowly canceled over and over again and all we’re left with is the endless and timeless reproduction of anachronisms.

Like in that club scene in a science-fiction movie: no matter when the film is produced, it’s represented forever as a club in the 1980s when the doomsday clock was showing five minutes to midnight.

There is a storm coming, says the man at the gas station. I know, I say, replay Sarah Connor. 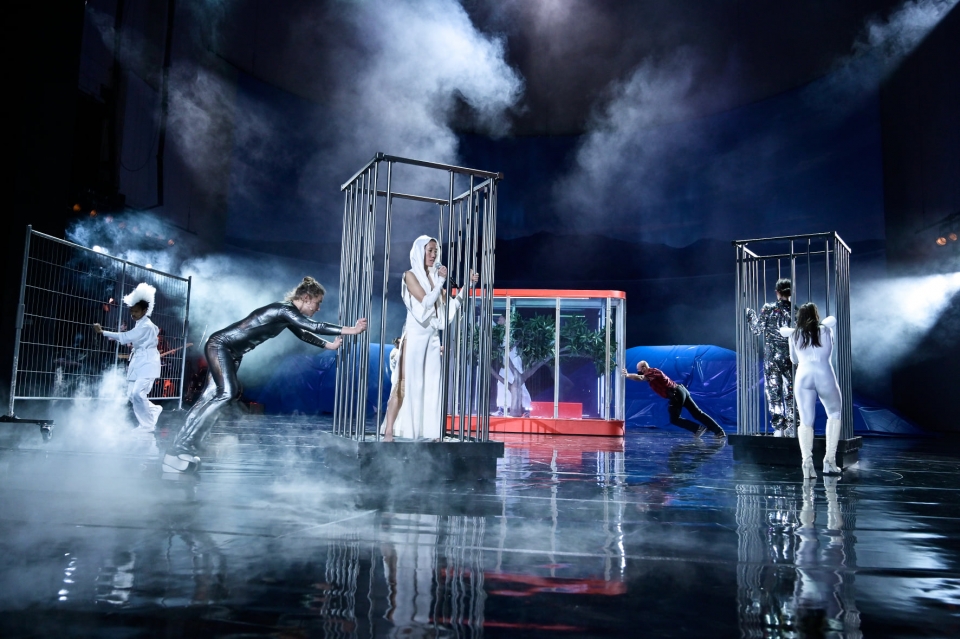 The West develops fictional worlds that deal with cultural imperialism, and questions the means of constructing visual landscapes, which have shaped the socio-economic relationships between the Global South, the East, and the West to this day. Exoticism emerges as a projection of Western wishful thinking and as aesthetic exploitation of the foreign in the empire of Western mass cultures. The American socialization of Latin America was at its peak between the 1970s and the 1980s. Film and television served as powerful propaganda instruments to project a certain world view directed against the communist East: from Wonder Woman to today’s Homeland, these series were suitable for the dissemination of American strategies and ideologies. Besides, working through the cracks of lesser good was a way to show us that if something was falling in the category of bad by the good ones, it was always for a greater good.

The West draws a performative study of Western strategies of occupation, reflects didactic methods of cultural imperialism and takes a look at Western societies as the dream factory of artificial authenticity. 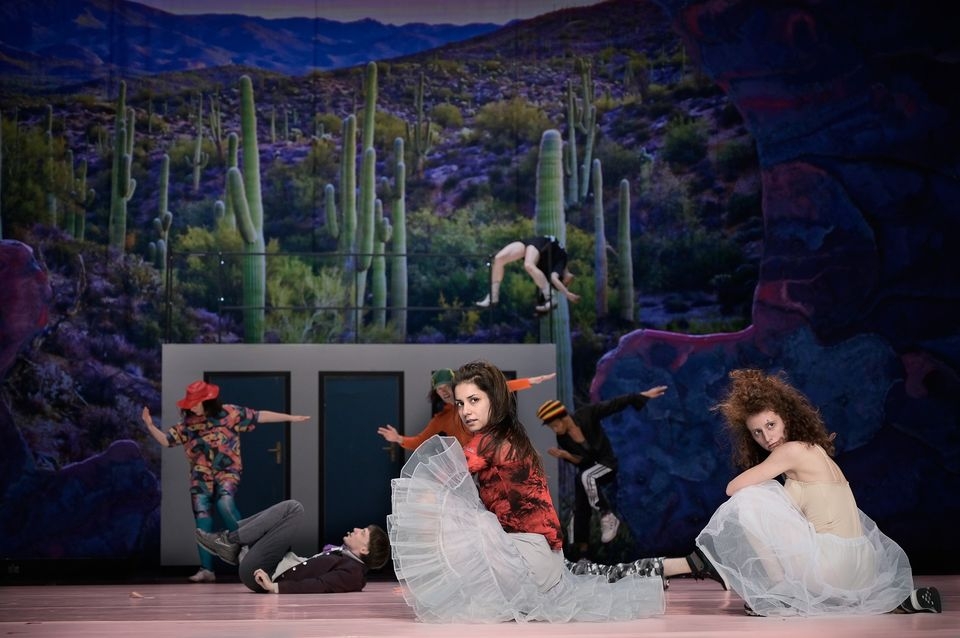