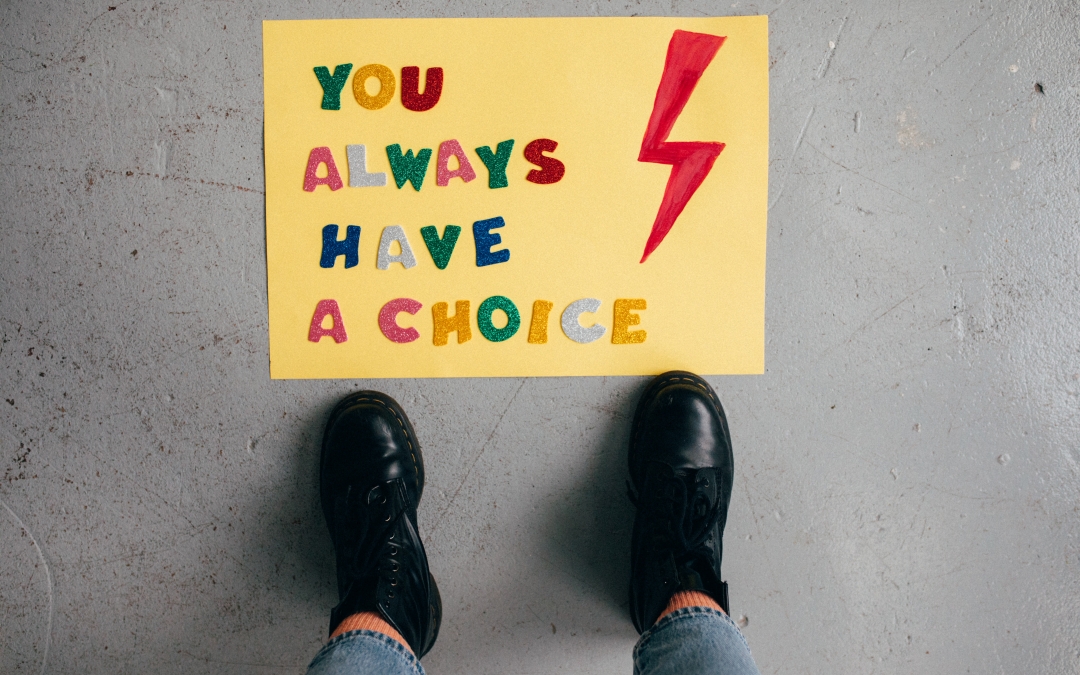 Due to the lack of reproductive healthcare available in Poland, one collective called Ciocia Basia has created a route for pregnant people to travel to Berlin for abortions. I spoke with Zuzanna Dziuban, an activist and volunteer with the group to understand these vital services and how the stance on abortion differs across the border.

“Ciocia Basia means Auntie Barbara in Polish,” Dziuban says. “That way if someone calls or writes an email to their Auntie Barbara, it’s not suspicious because everyone has an Auntie Barbara.” Ciocia Basia is a part of Abortion without Borders, a support network that works to provide Polish people access to abortions in neighboring countries. These groups cooperate with various sister organizations such as Ciocia Wienia in Vienna or Ciocia Czesia in the Czech Republic.

Ciocia Basia engages in practical activism: advocacy through direct action. In this case, that means connecting Poles seeking an abortion to clinics here in Berlin. Ciocia Basia arranges transport, interpreters, accommodation (often in volunteers’ own homes), and loving support for clients in Berlin, as well as paying for the procedure when necessary. An abortion in Berlin costs up to 900 euros, and although the procedure is not often discussed here, it is always available. A person seeking an abortion in Berlin must receive counseling to ensure the choice to abort is autonomous and they understand the procedure. 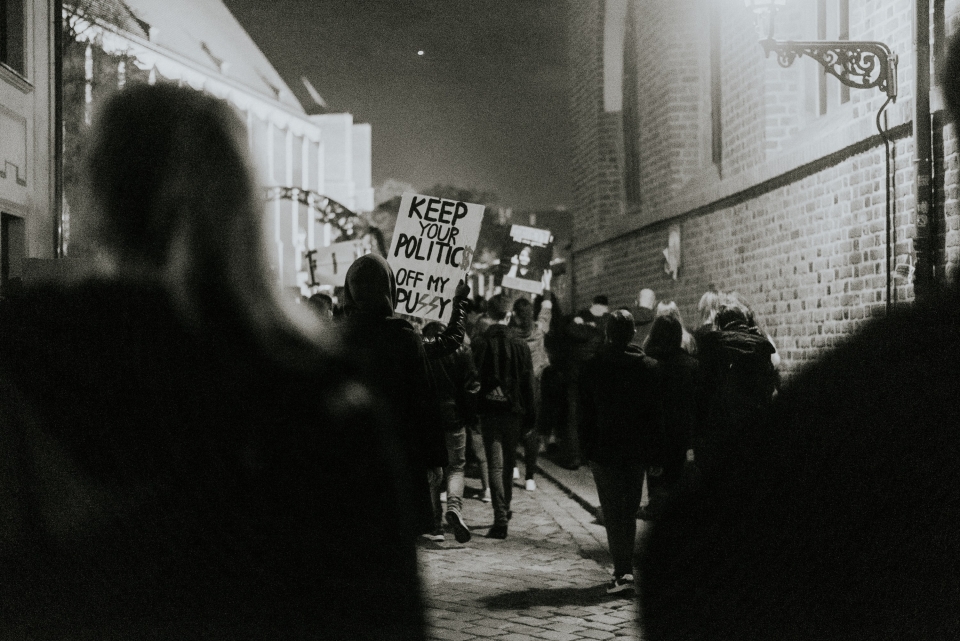 But bringing someone to Berlin to abort is not the first or only option for those seeking abortion in Poland. Because it is technically not illegal to have an abortion there, only illegal to perform (or help perform) one, an organization called Women Help Women sends over 8,000 abortion pills to the country each month. Women Help Women also sends condoms, birth control, and emergency contraceptive pills.

Women Help Women and the World Health Organization only recommend aborting via pills (also called medical abortion) up to 12 weeks into the pregnancy, and Ciocia Basia always stays on the phone with the person while they take the pills to make sure they feel comfortable and know what to expect. “The abortion support group network has effectively replaced the Polish healthcare system,” says Dziuban.

When using the pills, Women Help Women asks clients to fill in a questionnaire to ensure there won’t be any health complications. In Germany, by contrast, a person seeking a medical abortion must go through counseling. In other words, this service makes it technically easier to get a medical abortion in Poland than in Germany.

And if Ciocia Basia gets a call from someone more than 24 weeks pregnant, there is one final option. Both France and Austria offer anonymous birth and adoption. A client can enter a hospital and give birth without sharing their identity. In this case, Ciocia Wienia walks the person through the process and offers them support.

The collective uses gender-neutral pronouns to highlight the fact that not only cis women receive abortions. “In Poland, feminist actions draw on the tactics of queer activists,” says Dziuban. “We must be in an alliance as we’re fighting the same patriarchal violence.”

The pandemic has made Ciocia Basia’s work more difficult. To cross the border, clients must test negative, and Covid tests are still expensive (around 150 euros) and hard to find in Poland. Ciocia Basia pays for the tests and gets a note from a clinic in Berlin to exempt the person from quarantine because abortion is a medical procedure. This adds extra stress and slows a time-sensitive operation.

Additionally, Ciocia Basia has seen an increase in the number of people seeking an abortion since the start of the pandemic. With increased economic precarity, “people do not want to be pregnant because they can’t afford it,” Dziuban says. In 2019, Ciocia Basia supported about 100 people get abortions. In the six months ending in April 2021, the collective assisted over 270 people. 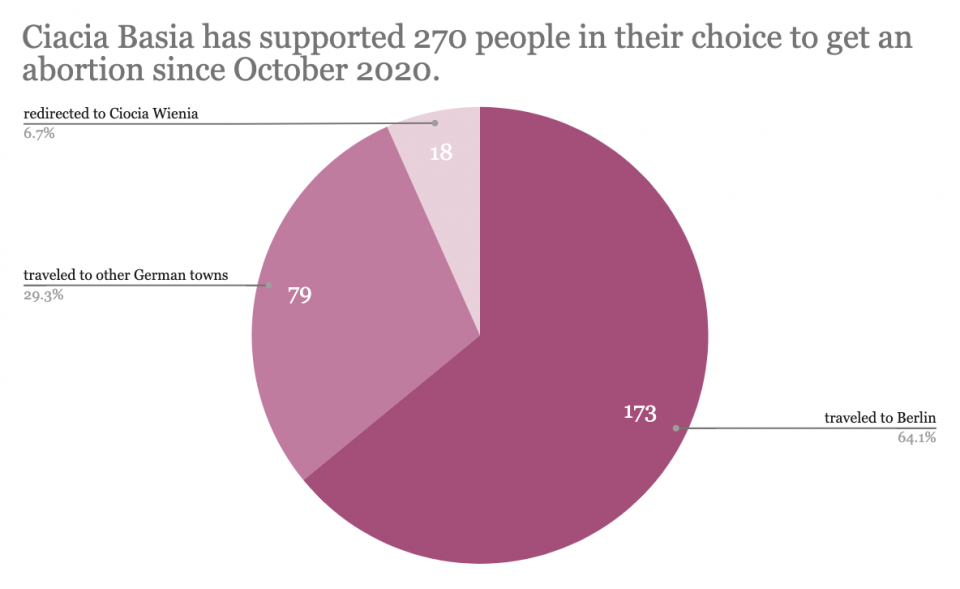 Abortion in Poland is not only a legal issue, but it also carries a huge stigma. “We never ask someone why they choose to get an abortion, but they often tell us anyway,” Dziuban says. She sees their need to justify their choice as proof of internalized stigma.

“Fighting for choice is a war of unequal means,” she says. “We don’t have the money to put a pro-choice poster on every street corner.” Ciocia Basia operates completely on donations and, luckily, has never had to refuse someone because of a lack of funding. Since the decision to tighten abortion laws last fall, the group has raised over 45,000 euros, but any donation is valuable. Every last cent goes toward procedures, transportation, contraception, and related services. You can donate here.

“These people are making are very courageous decisions,” Dziuban says of those seeking abortions. “We don’t offer them help, but support. Their decisions are a source of inspiration and empowerment.”