Greetings from Berlin 1981 – Photos of a Divided City 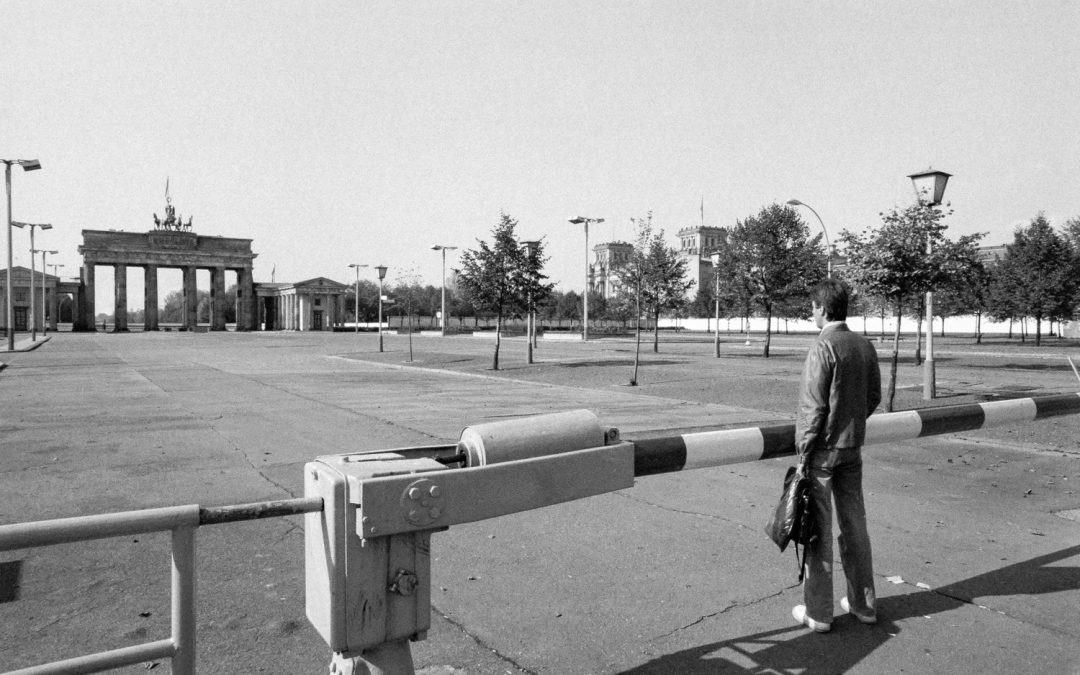 With this post, we would like to share a very special gem with you that was submitted to us by our reader Maarten from the Netherlands. We are particularly excited about what he sent to us as we haven’t really had anything from that part of the history of Berlin on the blog – at least not specifically that decade. The story he shared with us is about his visit to Berlin in 1981 – a time when the reunification wasn’t even on the horizon, a time when Berlin was still a divided city with the wounds of this division still raw and open. During his visit, he took street photos of both the West and the East of Berlin, and of course plenty of impressions from the Wall that seemed to be some kind of tourist attraction at the time. It’s impressive to see the city that we are so used to today in this condition. So many of these former dead areas of Berlin are now integrated into the city life and filled with new places and buildings that make us forget the scars that they used to be.

Maarten has self-published a photo book of this stunning series which you can order here. He also shared some words about the visit and the photos he took that were long lost and just recently resurfaced. We hope you enjoy these images!

“Arriving at Bahnhof Zoo Station on an October morning in 1981, I could not have guessed that this was the start of a lasting fascination with Berlin. I was invited by Christian and Wulf, who would introduce me to their city. These were the early 80s with their economic depression, lost generation, and no future. And Berlin, this island in the middle of a sea of communism, was the center of it all.

“It was brutal feverishly energetic, electrifying and it all happened 24/7 in the shadow of the Wall. Being a 25 years old drop-out from Dutch Art School, I was primarily interested in the art and music subcultures. But the first week turned out to be a non-stop party-train, and I went from club to club, dancing the night away. Before leaving I made two walks in the daytime with my camera and made photographs. The first walk was into East-Berlin up to Prenzlauer Berg. The next day, in West-Berlin, I followed the Wall into Kreuzberg.

“Back home, in the Netherlands, I made some prints and eventually lost track of these photographs in subsequent moves from one home to the next. It was during my stay in Berlin Neukölln in 2017 that I noticed that mainly young people were interested in the recent past of their hometown. I decided to go looking for those lost pictures. When I found the negatives it turned out that 40 percent was ruined by moisture. I finished restoring the surviving images in December 2017 and made this book.” – Maarten van den Berg 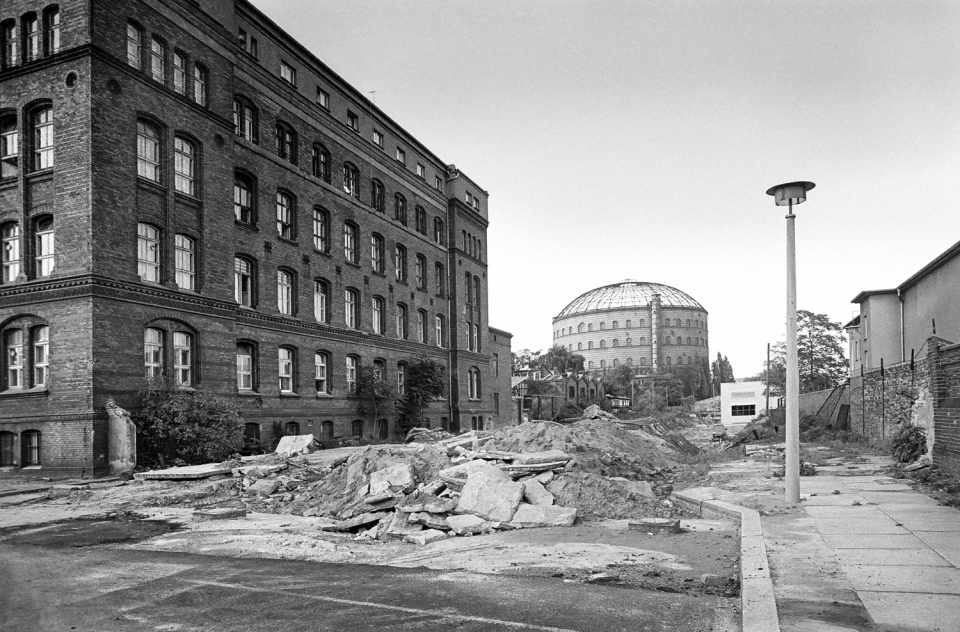 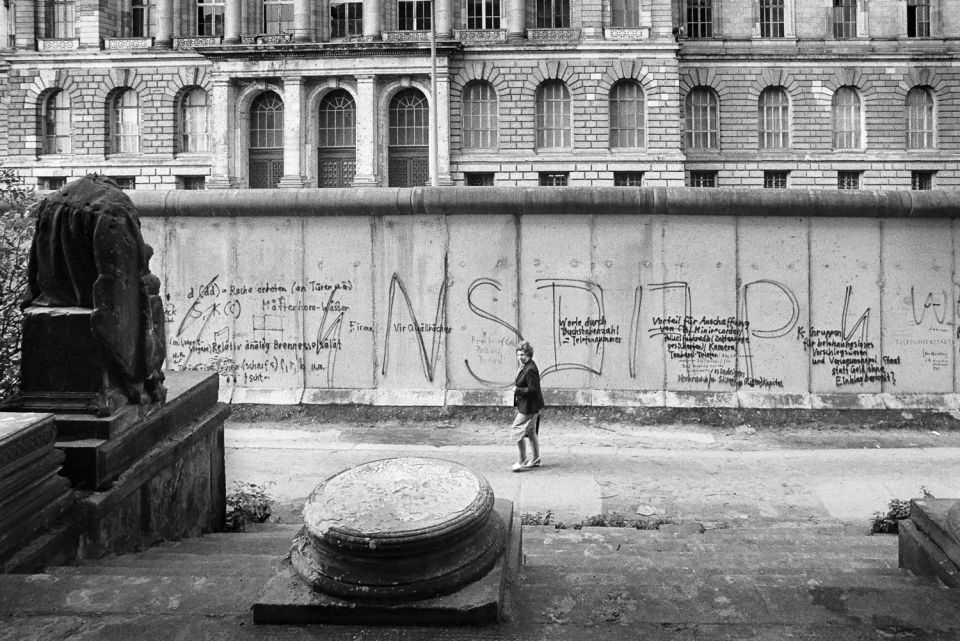 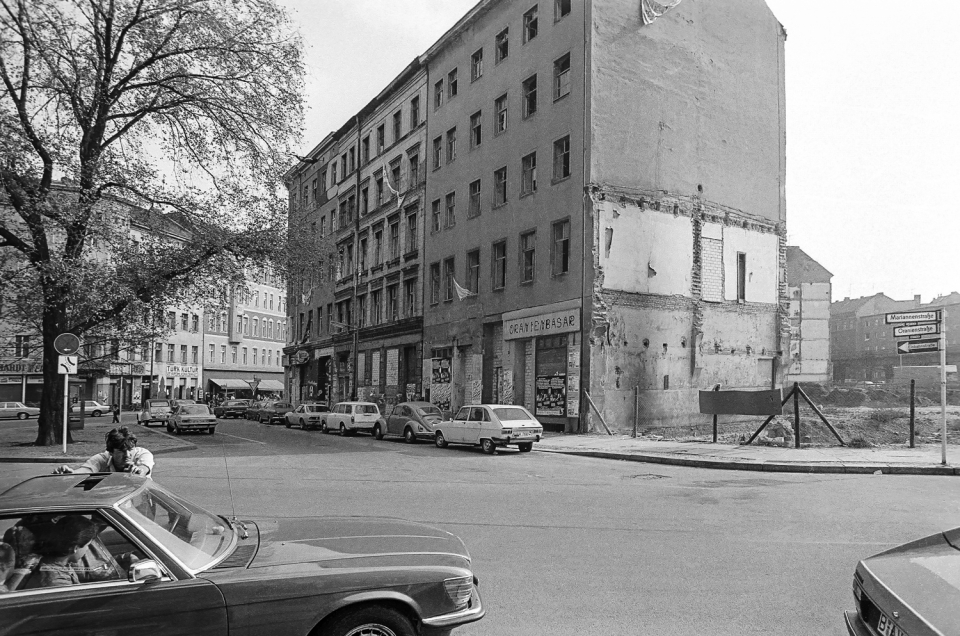 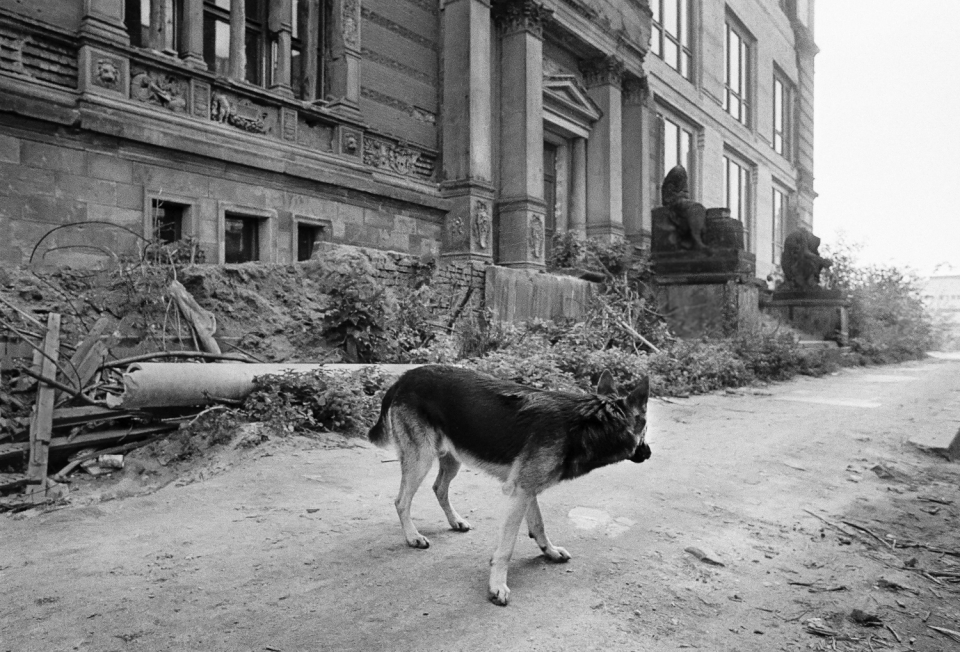 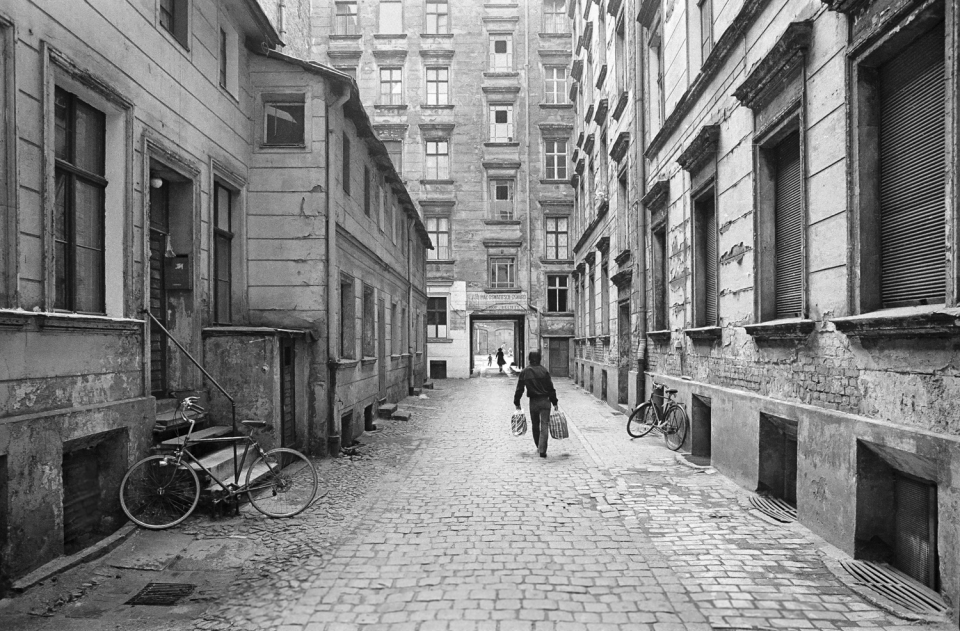 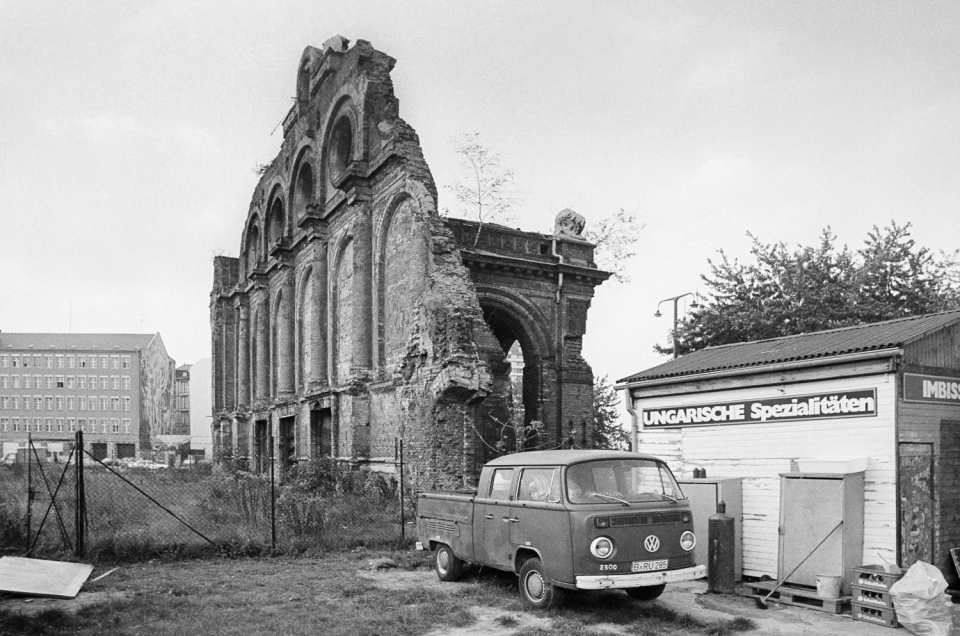 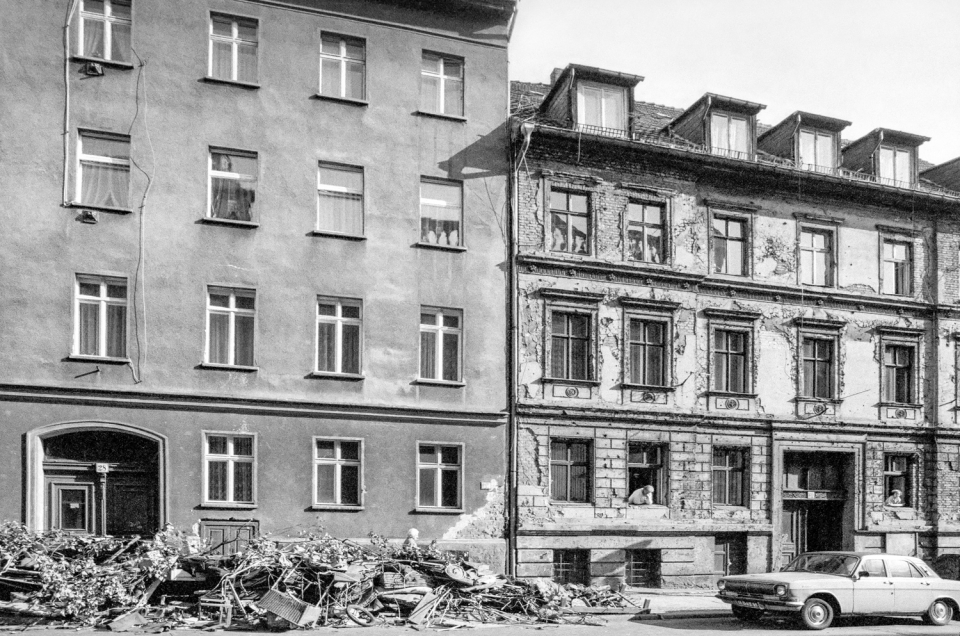 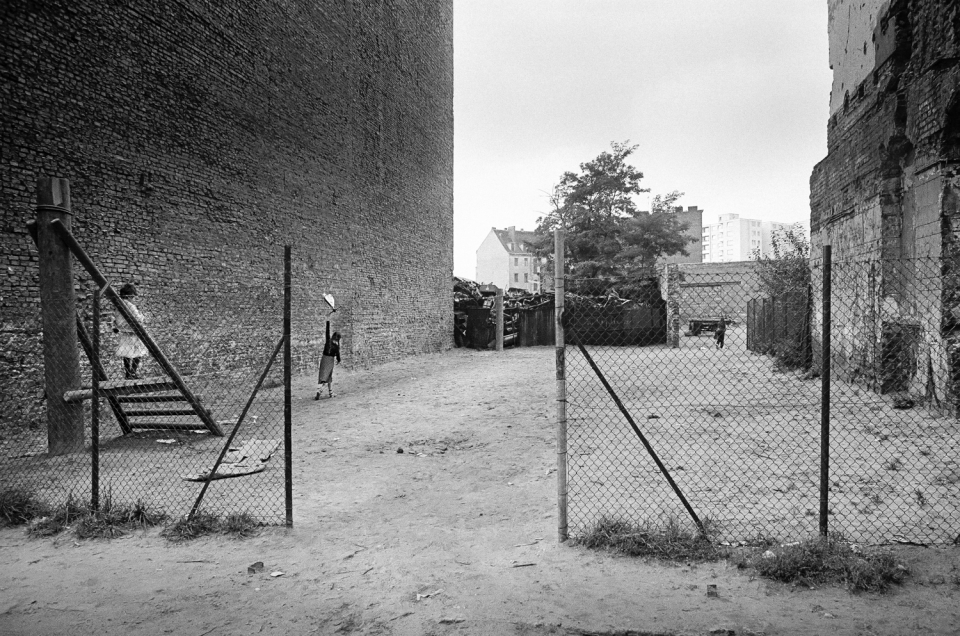 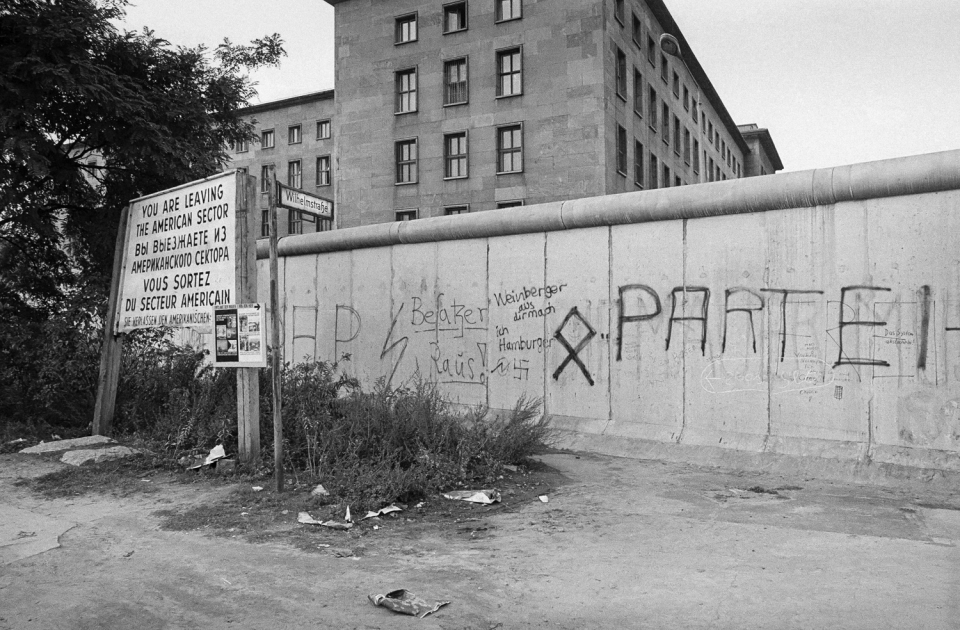 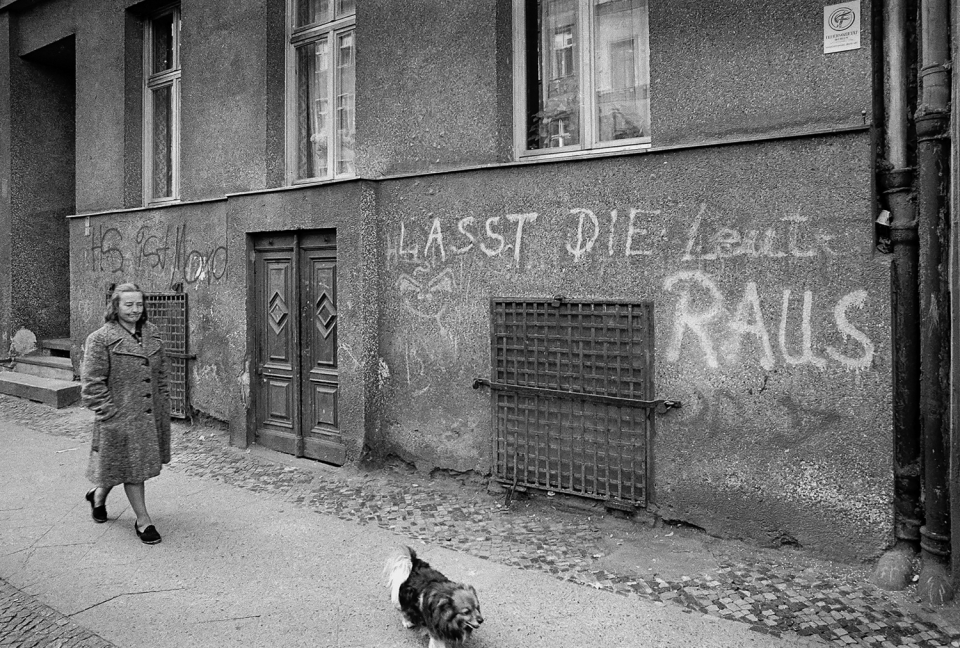 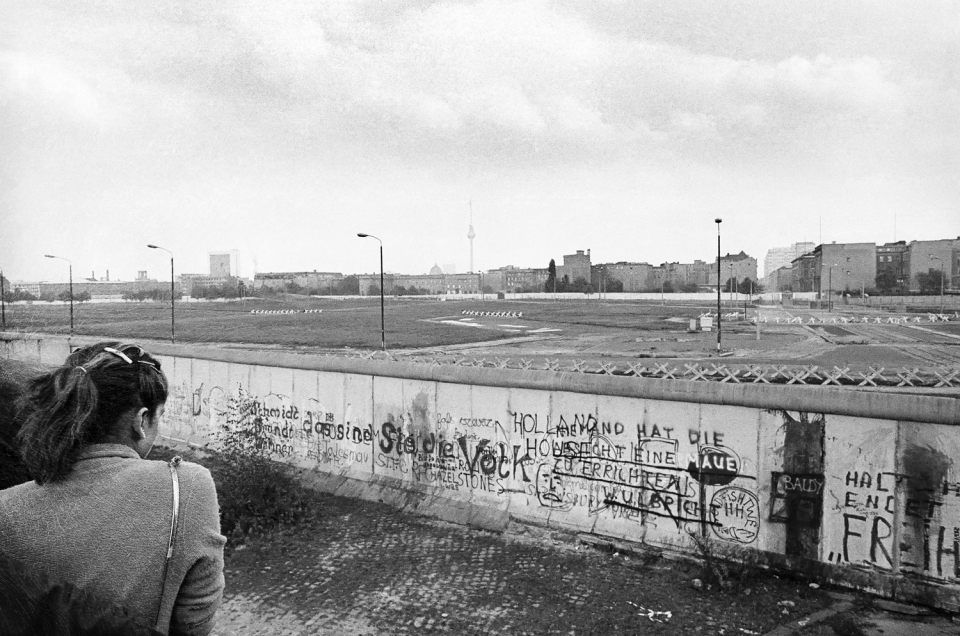 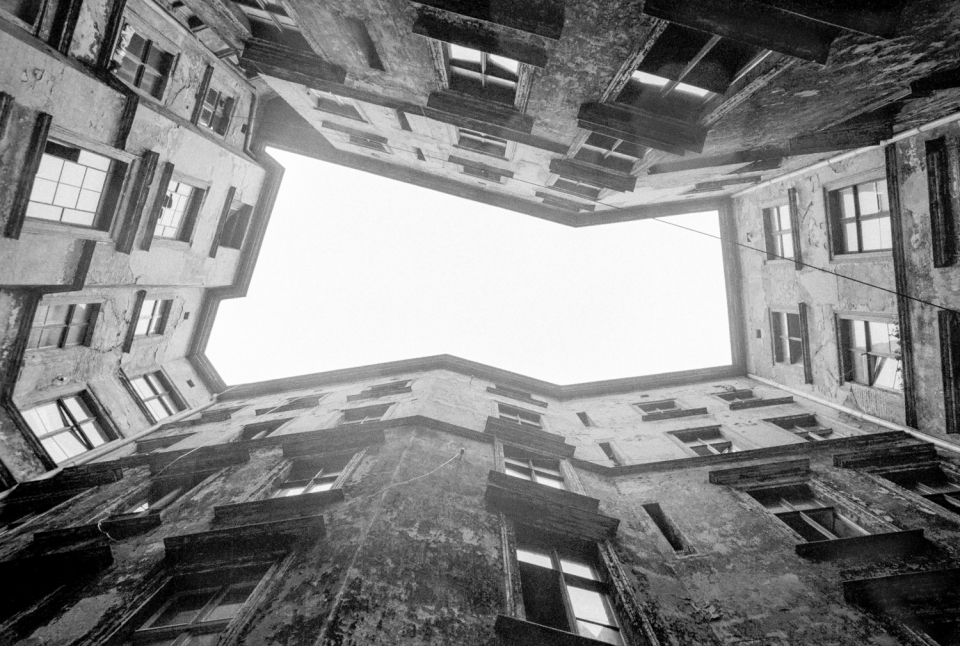 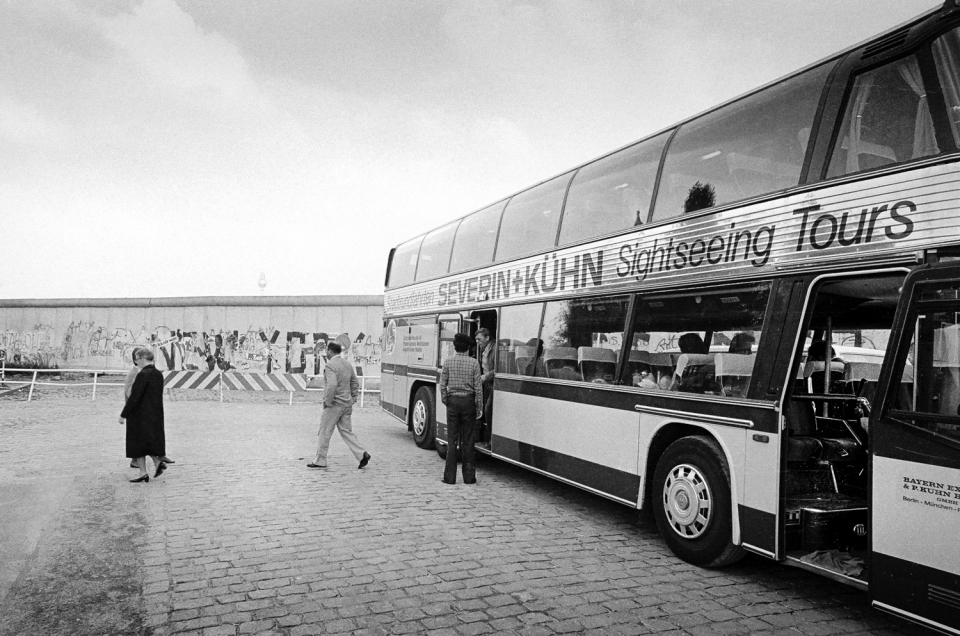 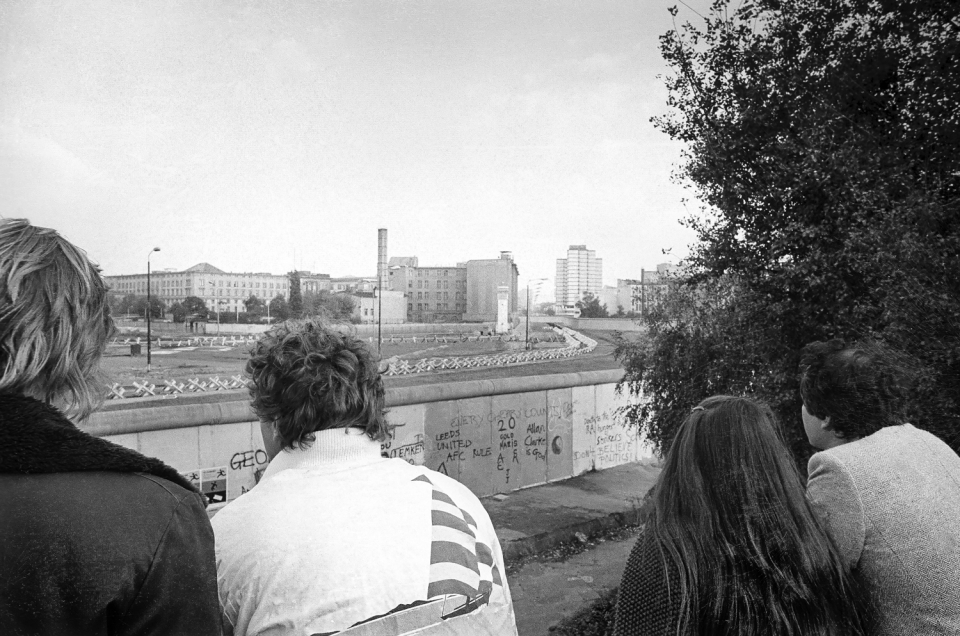 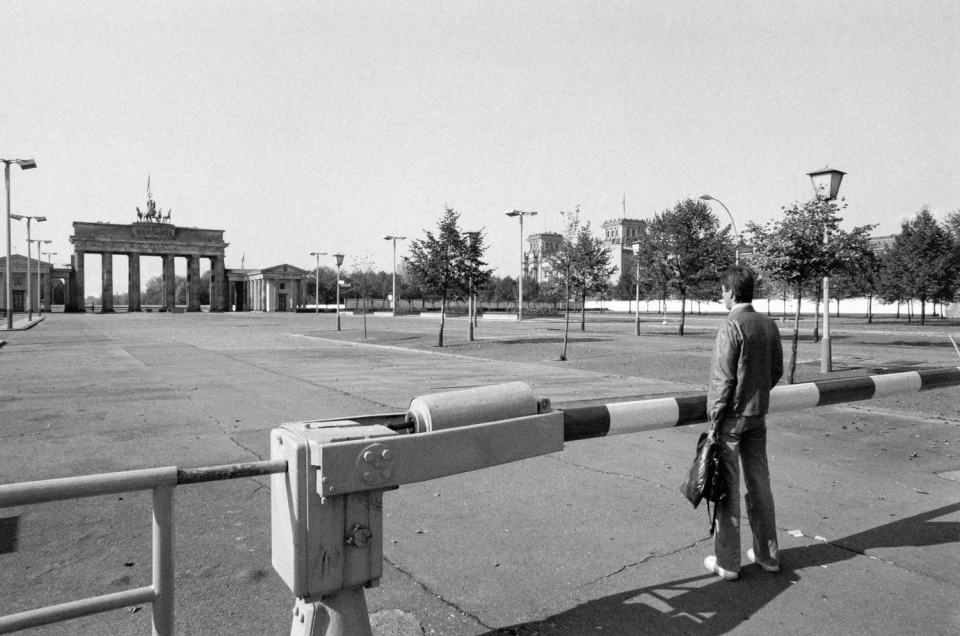 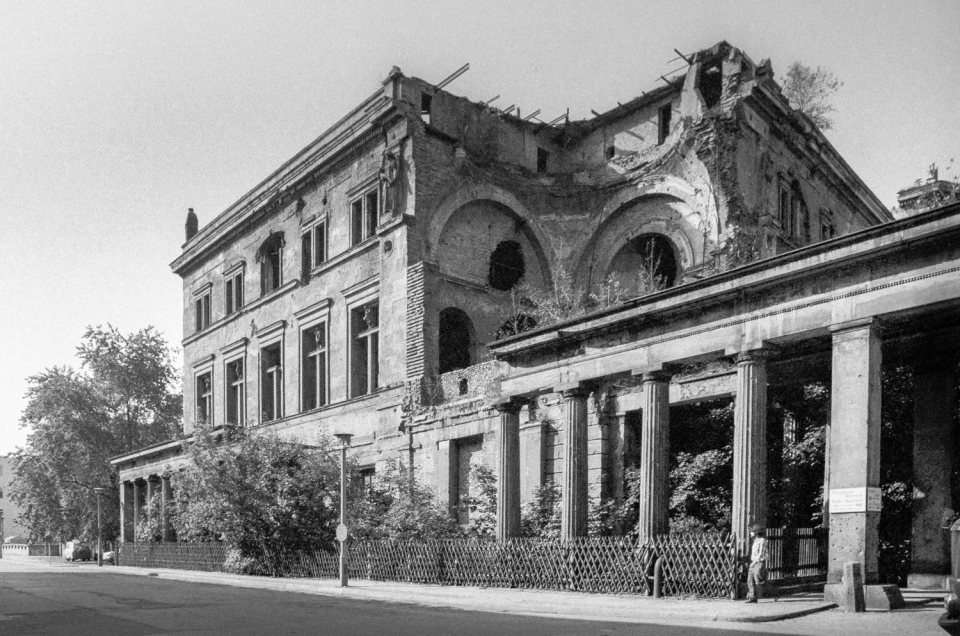 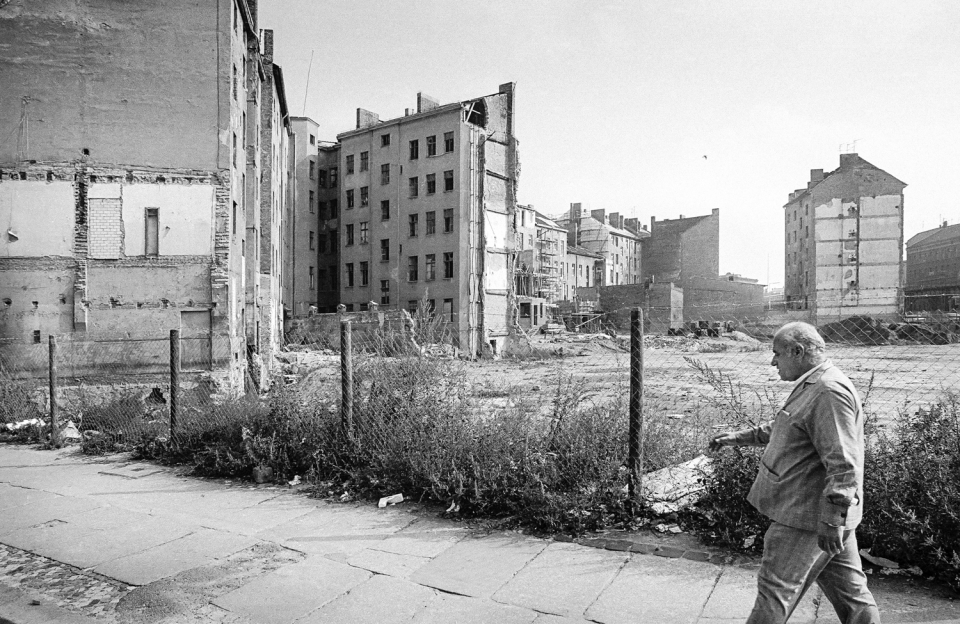 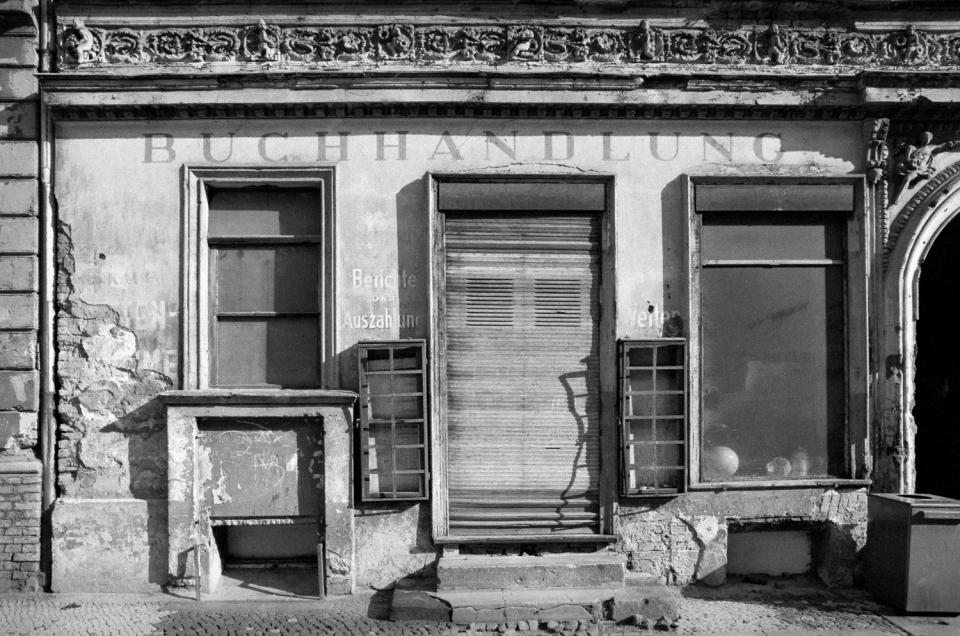