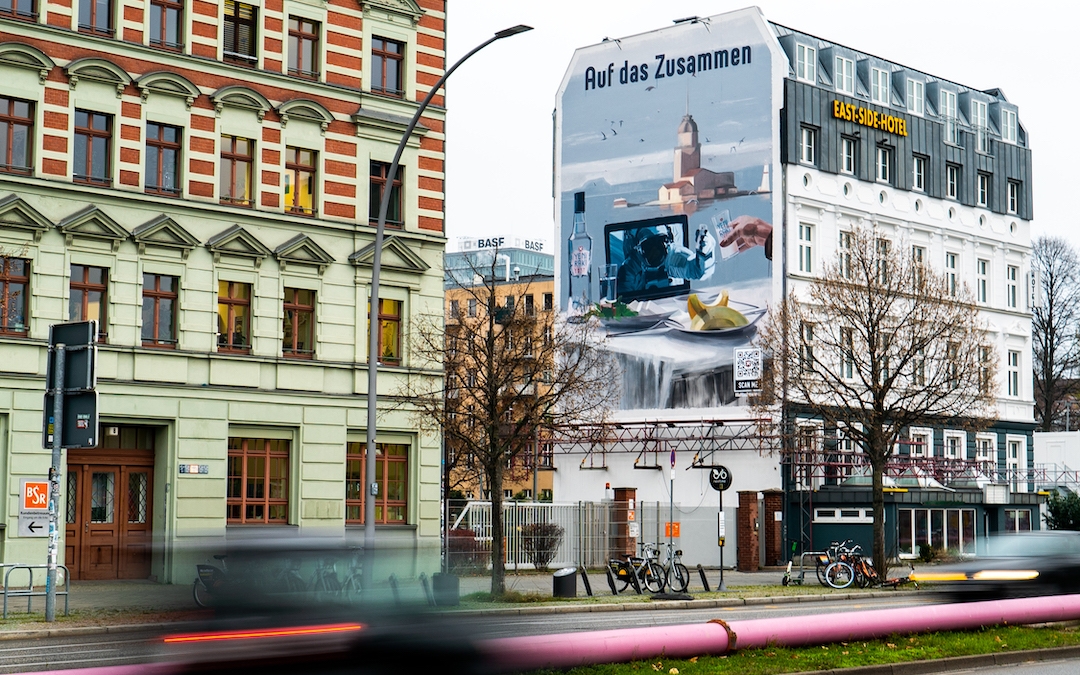 It’s times like these when being together with our loved ones is the only thing we look forward to. But because of the situation, the entire world has found itself in this year, it’s the one thing we should all avoid. And the realization of how much we miss being together is hitting us harder than we ever imagined. As the famous Janet Jackson song goes: you don’t know what you got till it’s gone.

It seems an impossible task – being together without actually meeting. We’re all trying to redefine and rethink the ways we socialize in these testing times. Long phone calls, writing physical letters, video conferencing – we’ve all experimented with these things to make up for what we are missing. It can be an alternative, a new way that we can learn to cherish. But this requires a great amount of goodwill and optimism. 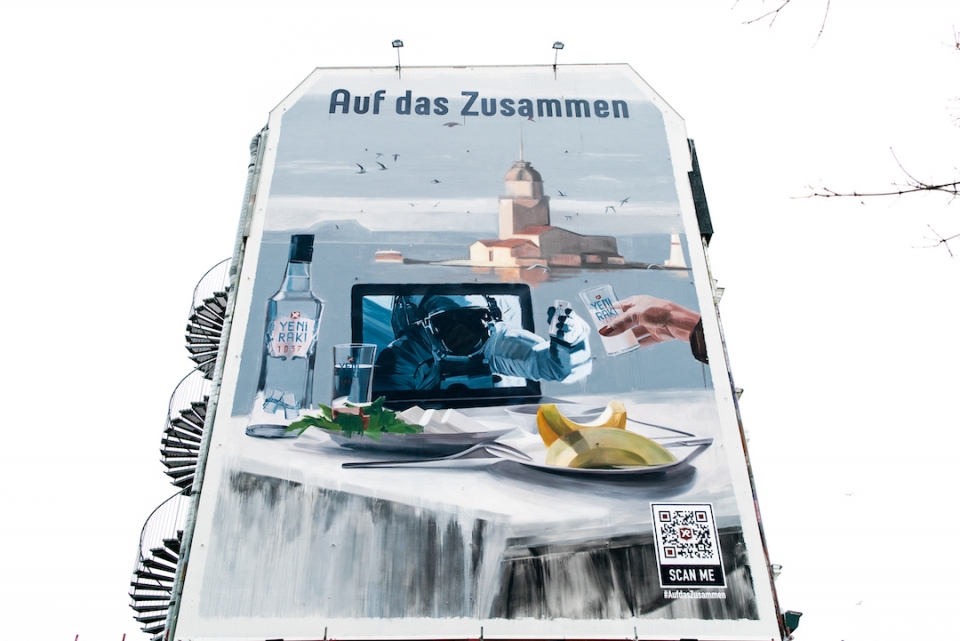 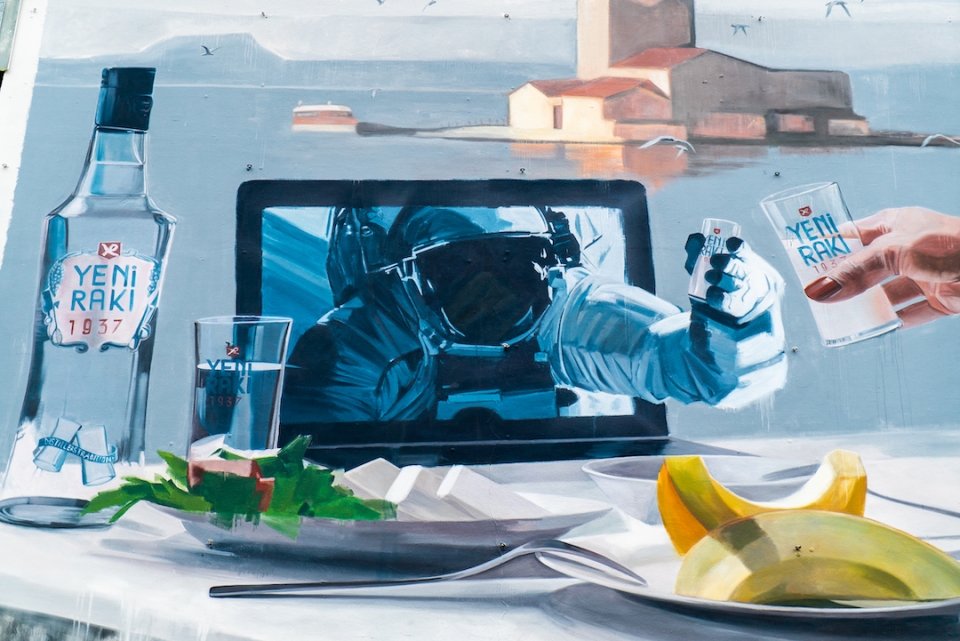 The new street art mural by Yeni Rakı is addressing exactly this issue. The iconic Turkish spirit is all about togetherness as it’s enjoyed with friends and family over a table full of delightful little Meze dishes following a 500-year-old tradition. Eating and drinking together like that, it’s a strong social ritual that we humans have been practicing for thousands of years now. It’s very hard to imagine a world without it.

To honor this ritual, Yeni Rakı commissioned Swiss artist ONUR, who himself has Turkish roots, to create a mural for a wall across the Eastside Gallery. His piece captures an imagined moment of togetherness at a neatly set table at the Bosporus with a view of the Leander tower where a woman clinks her glass with an astronaut coming out of a video call on a laptop.  The astronaut symbolizes the contradiction of distance and closeness and stands for all the friends and family members we are not able to meet these days. I could imagine the astronaut is also a nod to the famous mural in Kreuzberg creating a link between Istanbul and Berlin. 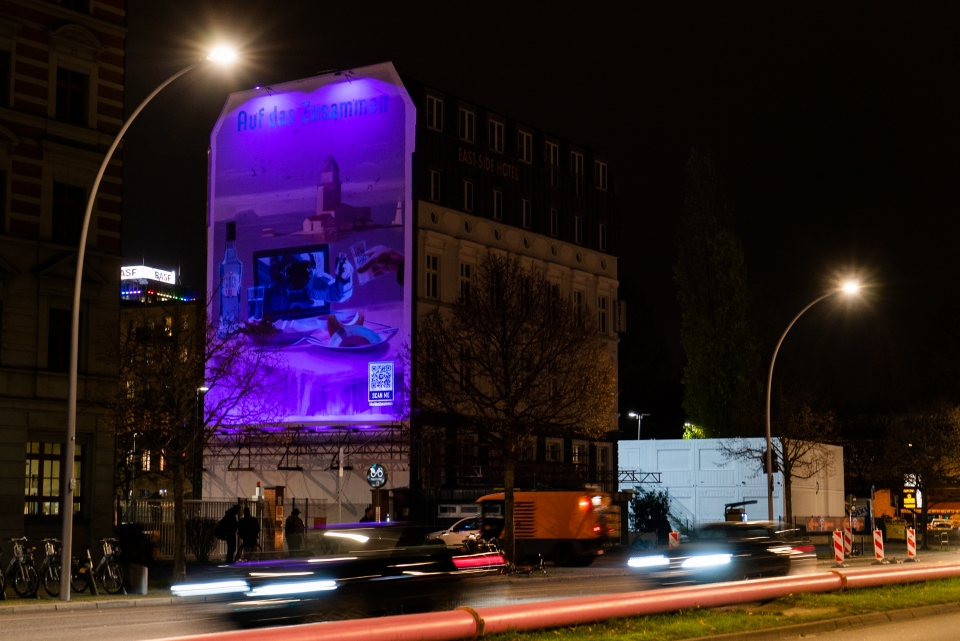 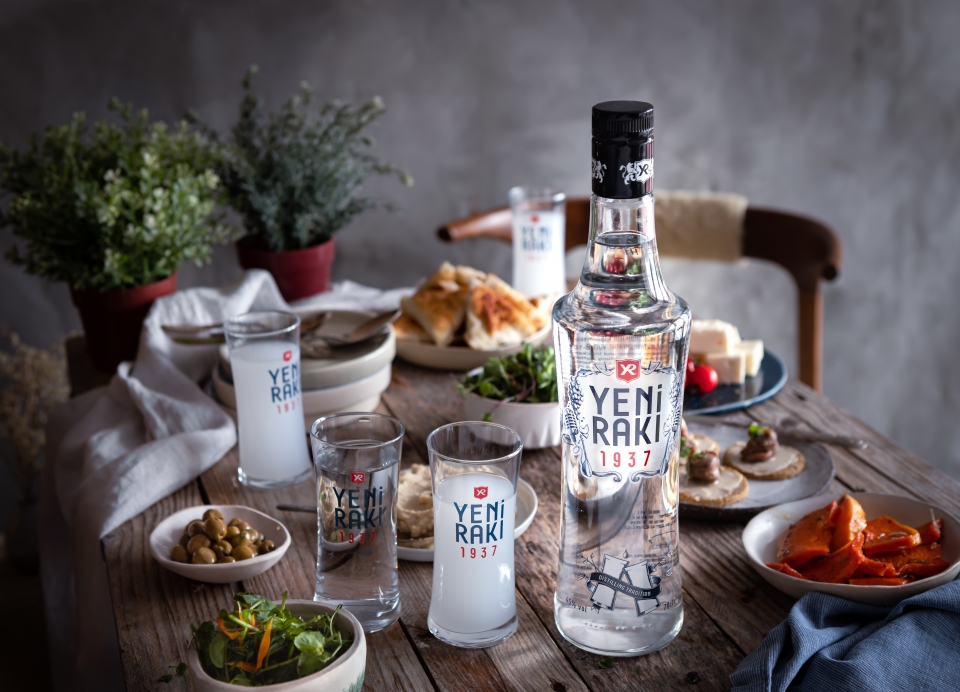 When it gets dark the mural reveals yet another surprise as the image was painted with special colors that glow in UV lights. That’s certainly an effect we haven’t seen before in a street art mural! You can watch a making-of from the mural here.

The mural doesn’t only celebrate togetherness, it also coincides with the launch of the newly redesigned bottle of Yeni Rakı. For the next week you can also win a special Yeni Rakı package if you repost the mural on Instagram. Learn more about it in the story highlights on their Instagram page. We say cheers to that!

For many of us, any upcoming social gatherings will look pretty similar to the mural – through a computer screen and over long distances. And when you think about it, there is something important to learn from this image: Instead of dwelling on how sad the lack of physical contact might be, we should rather make an effort on making it comfortable for ourselves and focus on the one thing that actually matters: spending time together.