How You Can Fight Off Excessively High Rents 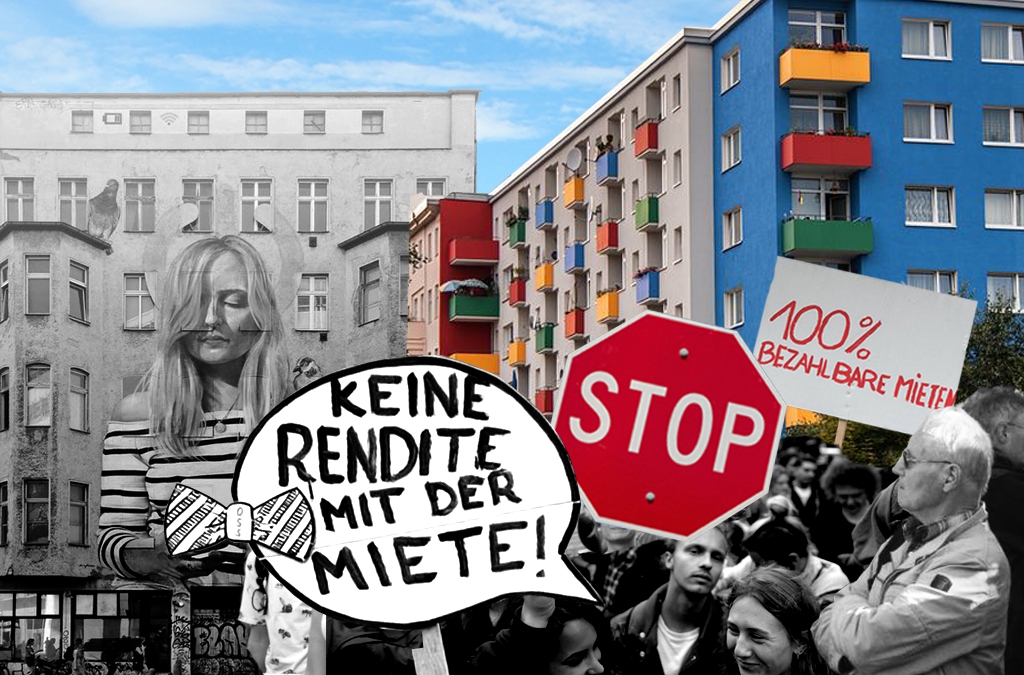 Renting an apartment in Berlin has become outrageously expensive and doesn’t fit the anti-capitalist flair that many residents are here for. In fact, rents in Berlin have almost doubled in the last 5 years. The more often I talk to friends about the situation, the more I get used to it. And that’s even scarier.  The other day, a friend who recently moved to Berlin told me that, she pays a staggering 920€ for 35m2 in Sonnenallee. That’s over 25€ per sqm! Allegedly luxuriously renovated and provided with a plush fitted kitchen.

We think that’s the new normal – but it’s still illegal. Indeed, even a rent of 10€ per sqm is often already illegal. To prevent rents from rising any further, the government passed a rent control law – the so-called Mietpreisbremse. That law has been in place for more than three years. So why has hardly anyone used it so far? Why do rents continue to rise?

We did some research on this and want to show you three different options for how you can actually and effectively lower your rent. We will start with the online service of wenigermiete.de, than compare it with going it through lawyer or a tenants rights association.

Skyrocketing rents are an emotional and frustrating topic for many of us. Quite rightly we ask ourselves: Why are rents still rising in Berlin and when will this end? Not only hungry investors but also politicians are to blame for the rent explosion: Instead of building social housing the government has relied on a new law to cap the rental prices: So the so-called “Mietpreisbremse”  says that all tenancy agreements signed after summer 2015 must not ask for significantly higher rent than in the surrounding neighborhood.

Sadly, only very few tenants seem to know about the law and how to make use of it. And even those of us who are well informed about the policy hesitate to take on a legal dispute with their landlords. The landlords on the other hand shamelessly exploit the lack of knowledge for their own benefit: A study (recently discussed in parliament) found that 58% of all new rental contracts have illegally high rent and breach the “Mietpreisbremse”. This means if you have moved in recent years, more than one in two of you could reduce their rent. 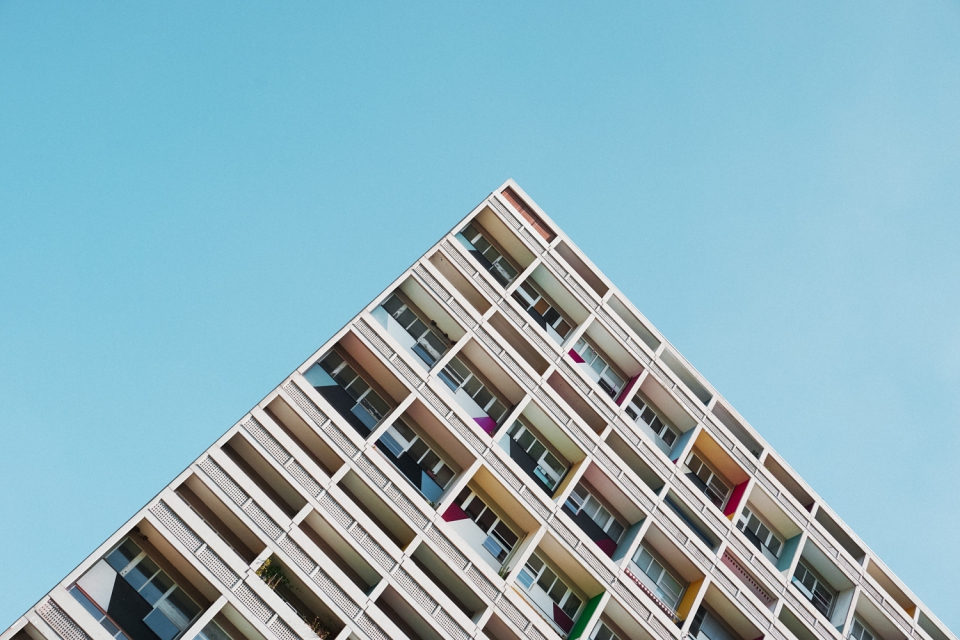 However, the example of Caleb demonstrates that it is actually possible to lower your rent: He has managed to reduce the monthly payments for his 2-room-apartment by 115€ (or roughly 20%).  Caleb came to Berlin from Hawaii to do voluntary work for refugees. One day, he spoke to a neighbor in the hallway and he realized that he paid double as much rent as his neighbor did – for exactly the same space.

“I have looked up Google to see whether there is anything I can do about it and soon found the website of wenigermiete.de,” explains Caleb, “at first I thought it was a rip-off. After I called them a few times, the founder himself was on the phone.” The founder, himself a lawyer, explained to him why tenants cannot simply be thrown out of their home if they make use of the Mietpreisbremse. “Many landlords know that it’s them breaching the law, not the tenants. So when you file the complaint with the proficient legal standards, they suddenly react quite differently,” Caleb says today. 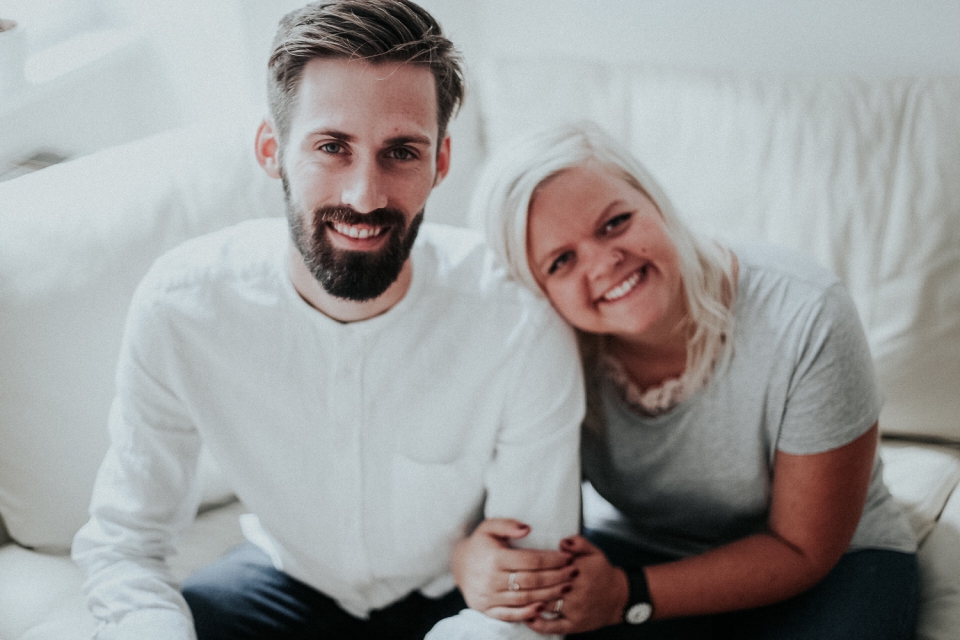 The startup is no social charity

Caleb was also suspicious of the claim that there is “no cost risk” and that tenants do not have to pay anything: “I only understood afterwards how their business model works.” Of course, wenigermiete.de is not a charity but a commercial company. However, the service only charges a fee if the rent is actually reduced. In that sense, the website operates like flight right portals (e.g. Airhelp or Flightright). It takes a commission from what it gets out for you from the landlord: “To be exact, they take four times the monthly amount they have reduced the rent by. So for me, it was like 4×115€,” explains Caleb.

However, wenigermiete.de does not charge the tenant directly as the money is usually paid by the landlord. With the reduced monthly rent, also comes a reduced deposit (as the deposit is normally three times the rent). This means, the tenant account with the landlord suddenly has credit (Guthaben), which is then used to pay the invoice from wenigermiete.de. Because the tenant usually doesn’t need to pay anything directly, the website also doesn’t ask for bank details or payment information throughout the sign-up and the booking process. 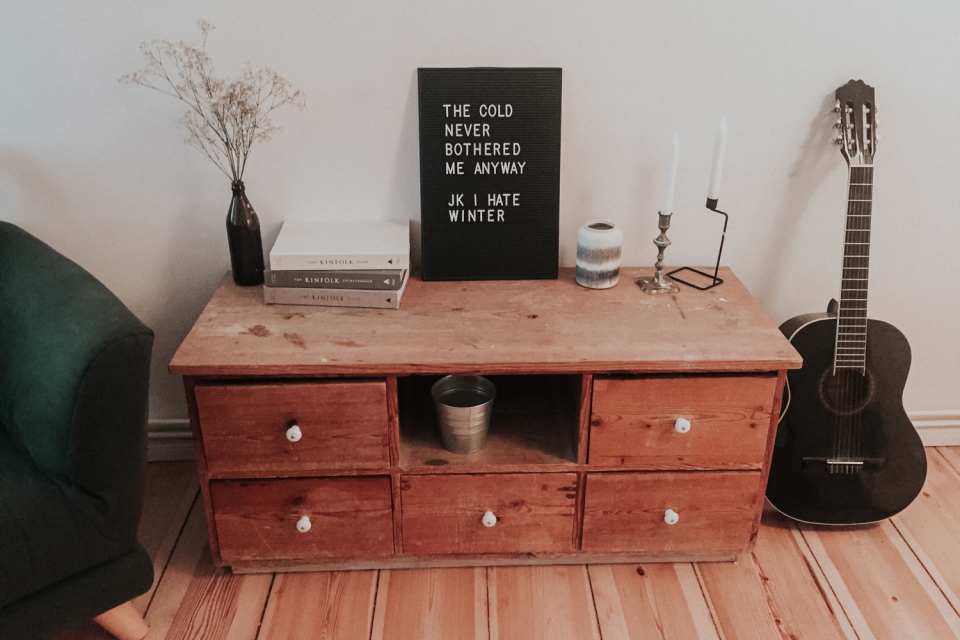 What are the alternatives?

If you doubt the legitimacy of your own rent, you have some options other than wenigermiete.de of course – most notably you can contact a lawyer or a tenants union. Obviously, the lawyer has the disadvantage that even an initial consulting costs money, up to 190€ per hour to be concise. This fee is charged even if a lawyer eventually decides that he does not take your case on due to one of the exceptions to the rent control law. For those of you who have an assurance for legal protection specifically covering “rent law” this might still be a good option. Most assurances, however, charge a deductible of at least 150€. In contrast to the startup, an independent lawyer might cover a broader range of legal topics and hence might not be as specialized in rent control law.

The tenant’s rights union do great work in terms of awareness for rights issues. Their main approach is to help you to help yourself. This means, if you are a member they will support you in enforcing the rent control law by yourself. For this, you will have several appointments on-site to be advised and guided through the process personally (the tenants union explains the procedure here). If you don’t succeed in the first step, the tenants union may also refer you to a lawyer. For that, you may also be charged a deductible (150€). As we understand the Berlin branch of the tenants union does jump in and cover that fee sometimes thought.

Why we need to take action now

So when it comes to written law, Berlin is still quite anti-capitalistic: The rent market is highly regulated and legislation like the Mietpreisbremse is hard to be found anywhere else abroad. Just as astonishing is how unscrupulously landlords violate the law: On the one site, germans stop at red traffic lights (at least in Mitte and Prenzlauer Berg). On the other hand, landlords in Germany have no shame to systematically rip off tenants. And tenants in Germany make no effort to translate written into practice law and to demand their rights.

It is time for us to change this. And there is (at least ) one reason why we should do it now rather than postponing it to later: The rent cannot be reduced retrospectively but only from that time onwards your landlord has received the official letter of complaint. Bear in mind also that your individual rent reduction will also positively impact the general rent index and market prices. If you move out of your flat without having lowered your rent, your landlord will be inclined to charge the new tenant even more. If you fight to lower your rent now, you also send a signal to your landlord and it is likely the new tenant will benefit from it too. Especially so if the rent control law will be extended beyond 2020 – and it currently looks like it will be! 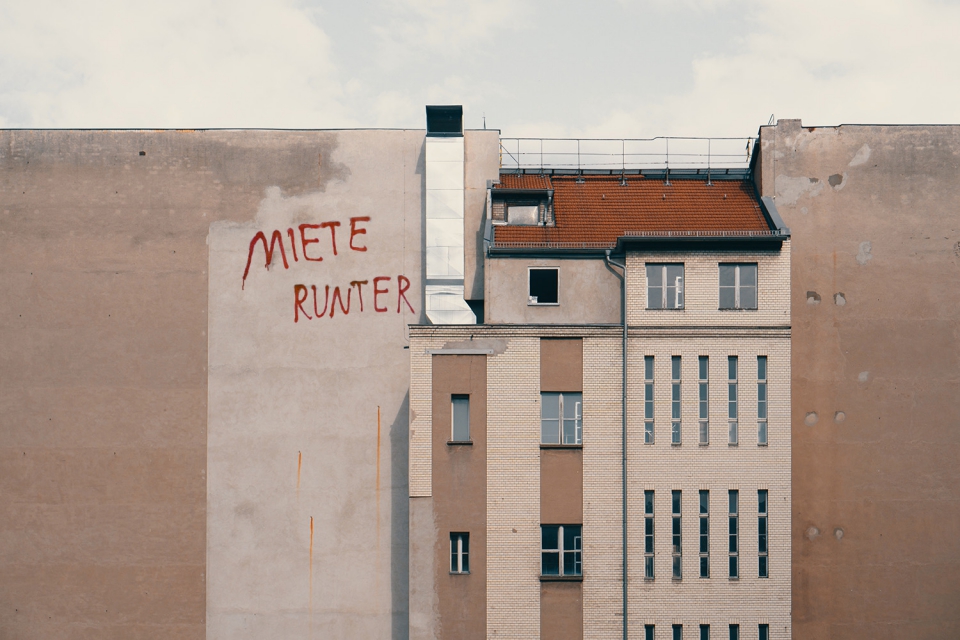