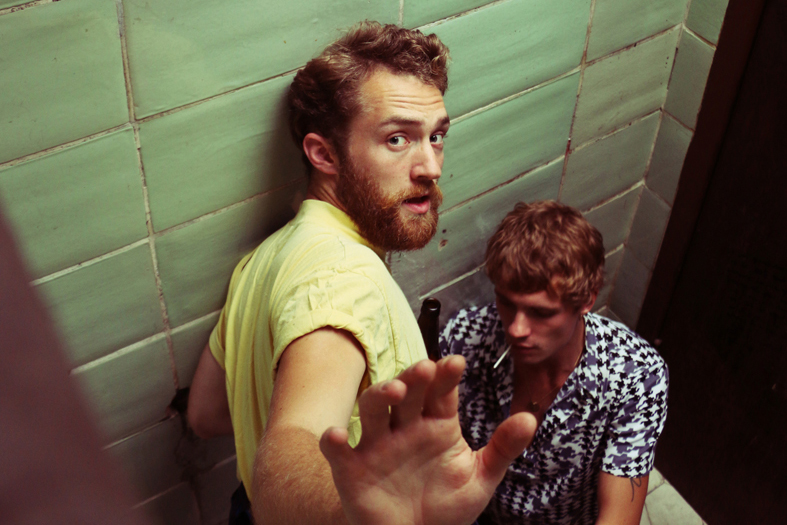 With his photo series “Cruising” French photographer Marc Martin reimagines a time before dating apps, a time when public toilets, were the only place to find sexual encounters for many gay men. Behind closed doors, in front of shiny tiles and messy graffiti, these places were a meeting spot for those who could not use their own homes, who could not be open about their sexuality and desires. His work is on display at Schwules Museum Berlin in the exhibition “Fenster zum Klo – Public Toilets & Private Affairs”. 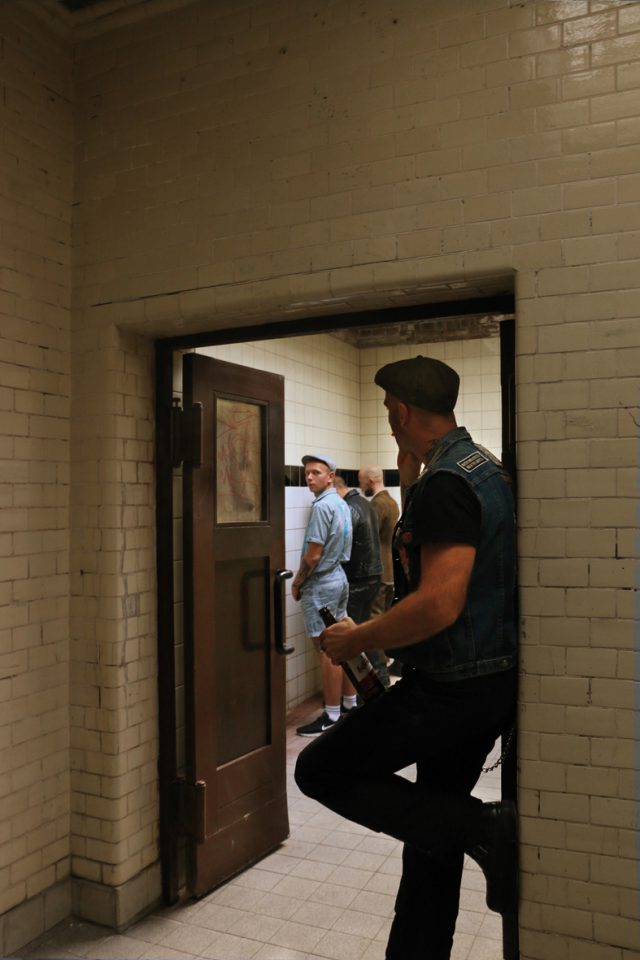 The photos, set in a vintage Berlin toilet, featuring Berlin models such as Pierre Emö, do not shy away from explicit content. Men out of different social classes, pencil pusher or handyman, share a brief moment of intimacy, crammed in a small public bathroom. The scenario might be staged, yet its setting is original and the actions shown far from the lived reality of many gay men up to the 1990’s. Underground Public Toilets at Hermannplatz, Kaiser-, or Mehringdamm were well-known locations for gay men, young or old, that were for a long time overlooked by the rest of society. One of these spots at Yorckstraße in Kreuzberg was recently turned into an art bar, called “Zur Klappe”. Martin also got the chance to exhibit his photo series there. 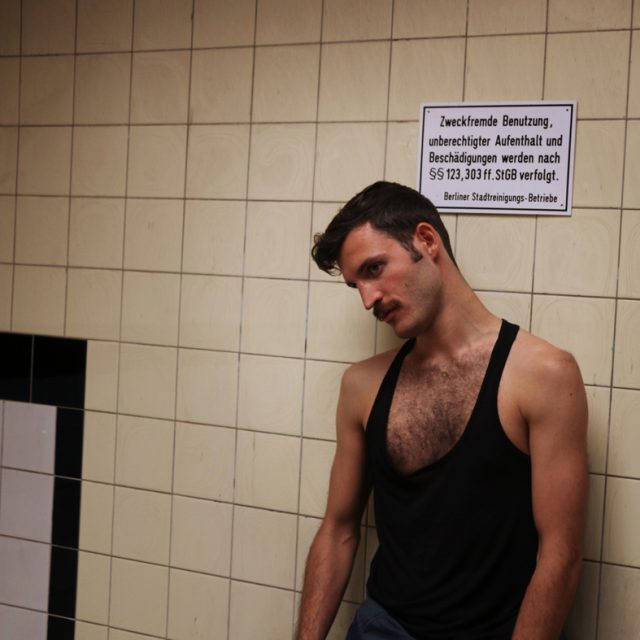 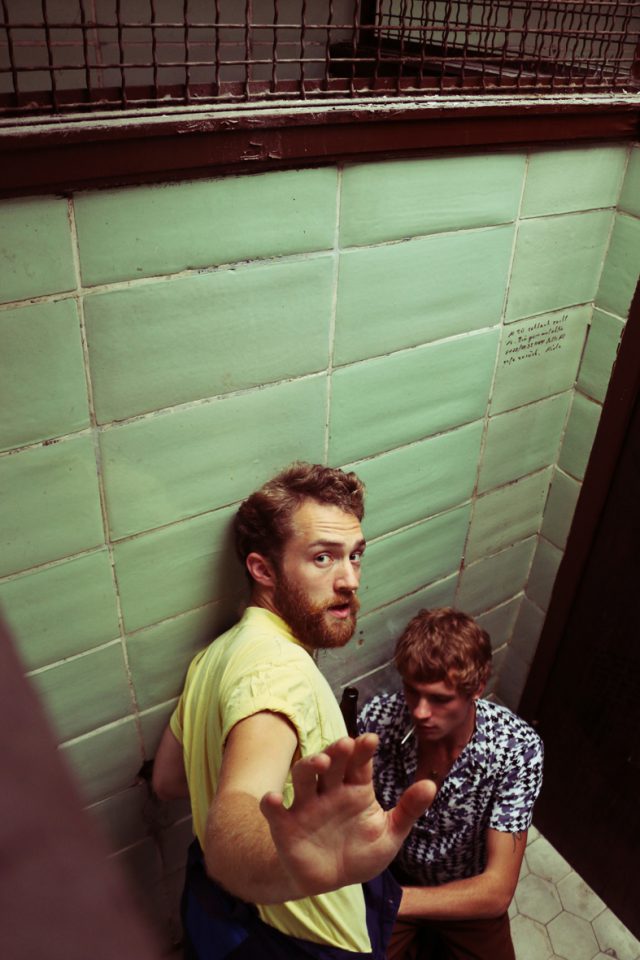 Cruising and sex in public toilets are, even today, often synonymous with shame, not pride, yet, for generations of gays, Transgenders, escorts, and other marginalized people they were connected to moments of freedom, adventure, and sexual or social liberation. In times of more social recognition, these places become relicts of a gay subculture that is long gone, relocated to dark rooms, and dating apps such as Grindr or Scruff. Yet, while gay men today prefer to live in their own bubbles, separated by body image and stereotypes, these cruising spots manifest a place where all gay men, no matter how they looked or behaved, were just the same. 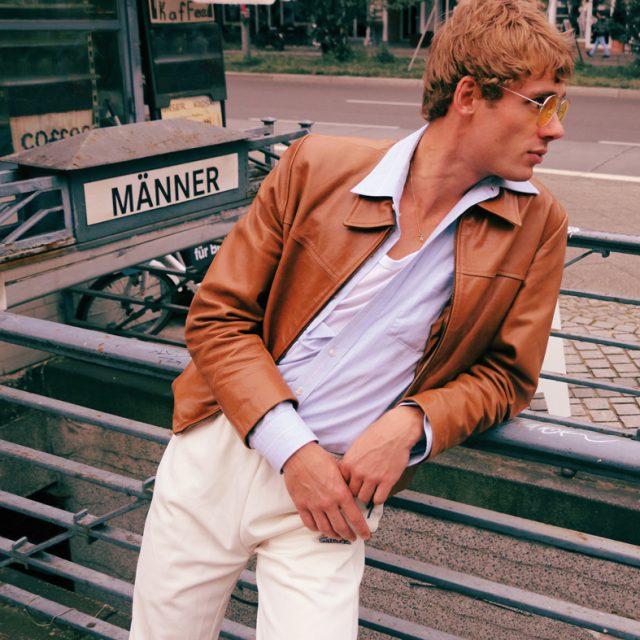 photo: Old-style “come-on” in front of an entrance to an underground toilet facility in Berlin / Schwules Museum Berlin 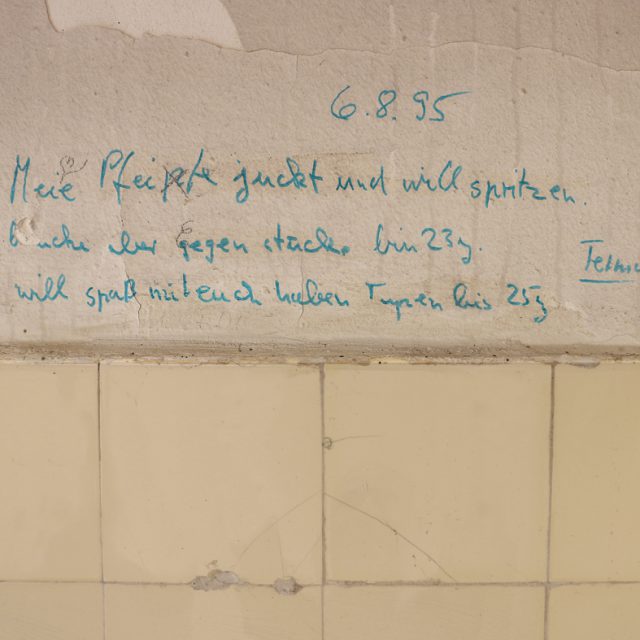 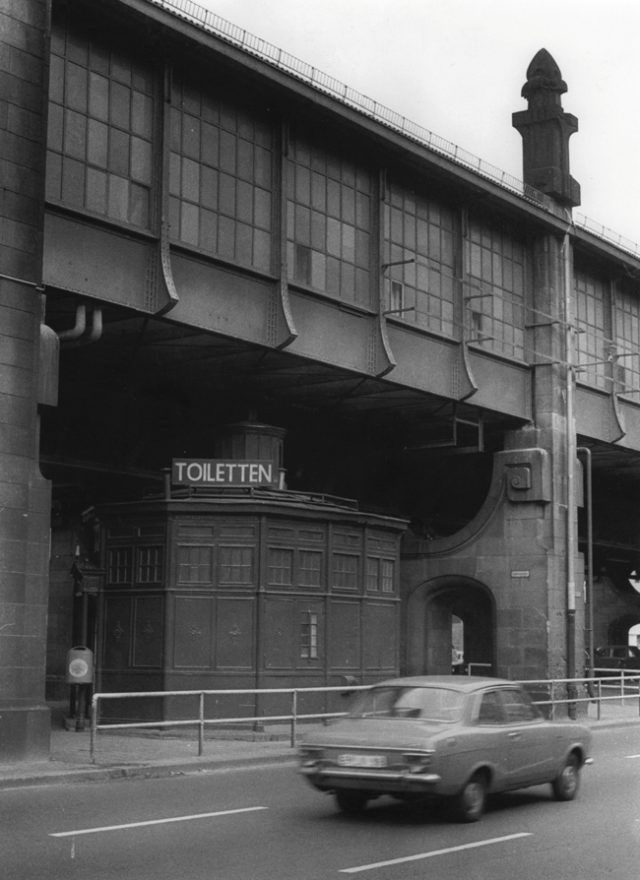 The exhibition “Fenster zum Klo” is on display at Schwules Museum Berlin until the 19th February, an additional film screening with Marc Martin about his work is at the 4th of February. The photo series is also featured in the new Pornceptual Magazine “Guerilla”.