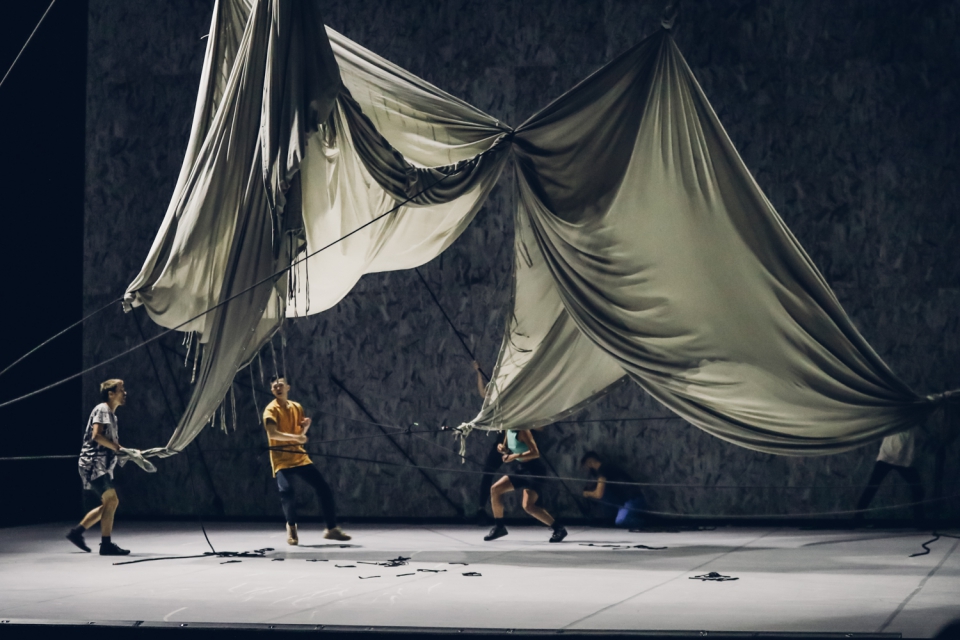 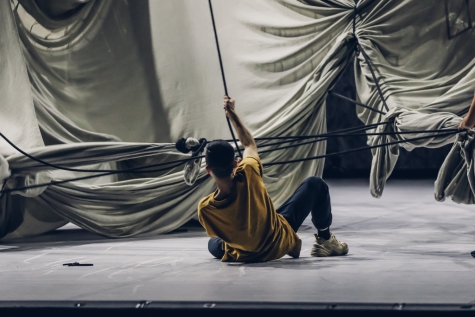 Creating a World and Destroying it in one Day

Plateau Effect has all the above-mentioned attributes. It’s a piece that is rather performative or theatrical than a choreographed dance. It starts with a play of shadows and lights with a thick grey curtain that seems to be alive and eating the bodies of the dancers one by one. The individual expression merges in a monstrous hyper body with many legs and no head.

After the curtain falls the dancers seem lost with a broken piece of civilization they then start to build and rebuild in many ways without finding a successful result. In the end, they lose control and become manipulated puppets. Invisible threads drag them in front of the audience before the lights shut down casting them in darkness.

To open a ballet season with a piece that is everything but not something you would expect a classical ballet company to do is definitely a bold move. And a choice the typical opera audience might not easily warm up to. It is also a smart choice because with this statement Sasha Waltz sets a beginning of a new era and also starts to attract a new type of younger audience to the Staatsballett. Yet I am a bit surprised that they didn’t open with a completely original new piece. Plateau Effect premiered in 2013 and was already shown in Berlin in 2014. Back then, it won many prices for its radical essence that is still appealing today. So it is, of course, a great addition to Berlin’s stages. 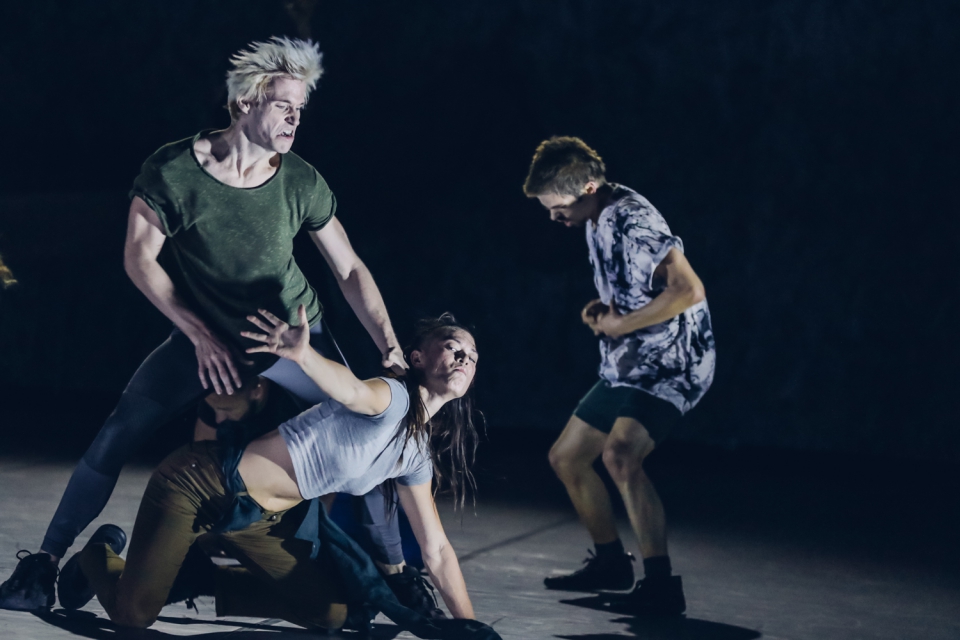