Portraits of a Street: 100 Inhabitants of Eisenacher Straße 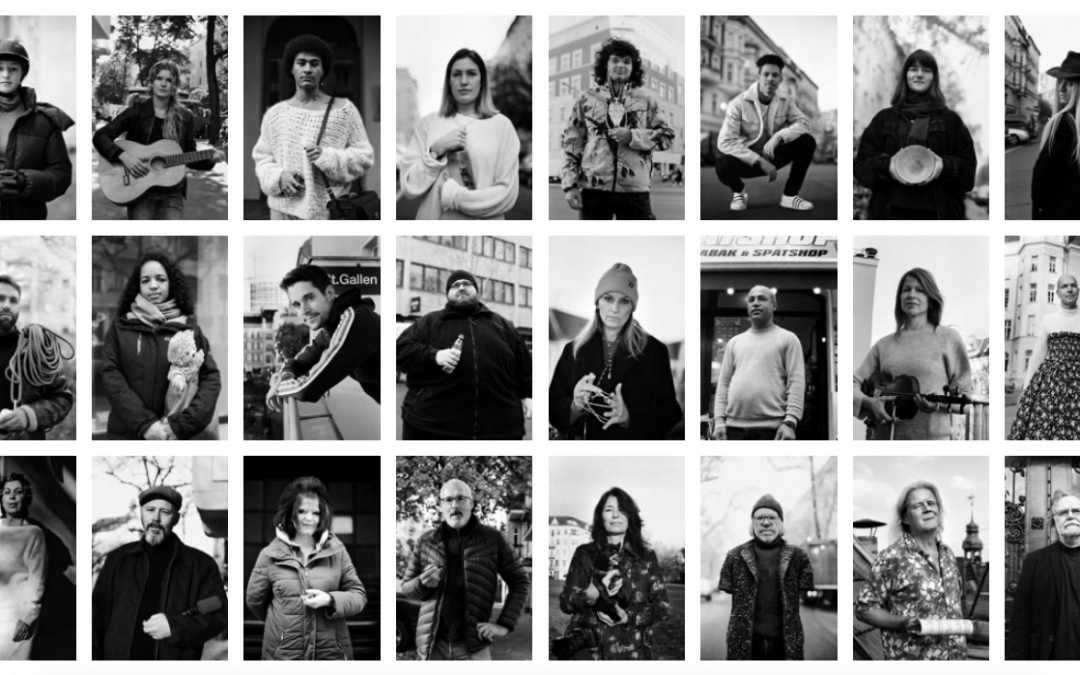 We’ve had so many wonderful portrait series about Berliners here on iHeartBerlin in our last 15 years: The naked Berliners, creative Berliners in their homes, Berliners of the U8, Berliners through their windows during quarantine, couples of Berlin… And there are just a few that came to mind.

Today we want to introduce you to a brand new portrait series titled “Eisenacher Hundert“, and this time the concept is giving us the double whammy. Not only are all the people portrayed in this series inhabitants of the same street, they also represent all different ages between 1 and 100. So this might be the most intergenerational series we’ve featured so far.

The street in question is one of Berlin’s most charming and beautiful ones: Eisenacher Straße in Schöneberg. The inhabitants in this street could not be more diverse, and of course not just because of their age, it unites old Berliners and new Berliners and people from all walks of life. Of course, the photographer John Kolya Reichart lives on Eisenacher Straße himself, and doing the series gave him the chance to really get to know his neighborhood and his neighbors.

You can see this fantastic portrait series in its entirety as an exhibition at TAMSCHICK MEDIA+SPACE LAB on Eisenacher Straße 57 from today until July 29, 2022. The opening is today at 17h. Every portrait also comes with a little story from the person, giving a little glimpse into the lives of the inhabitants of Eisenacher Straße. Some of them are really moving, even if they are just brief comments. Below we have a little preview of the series for you, we hope they make you curious for more… 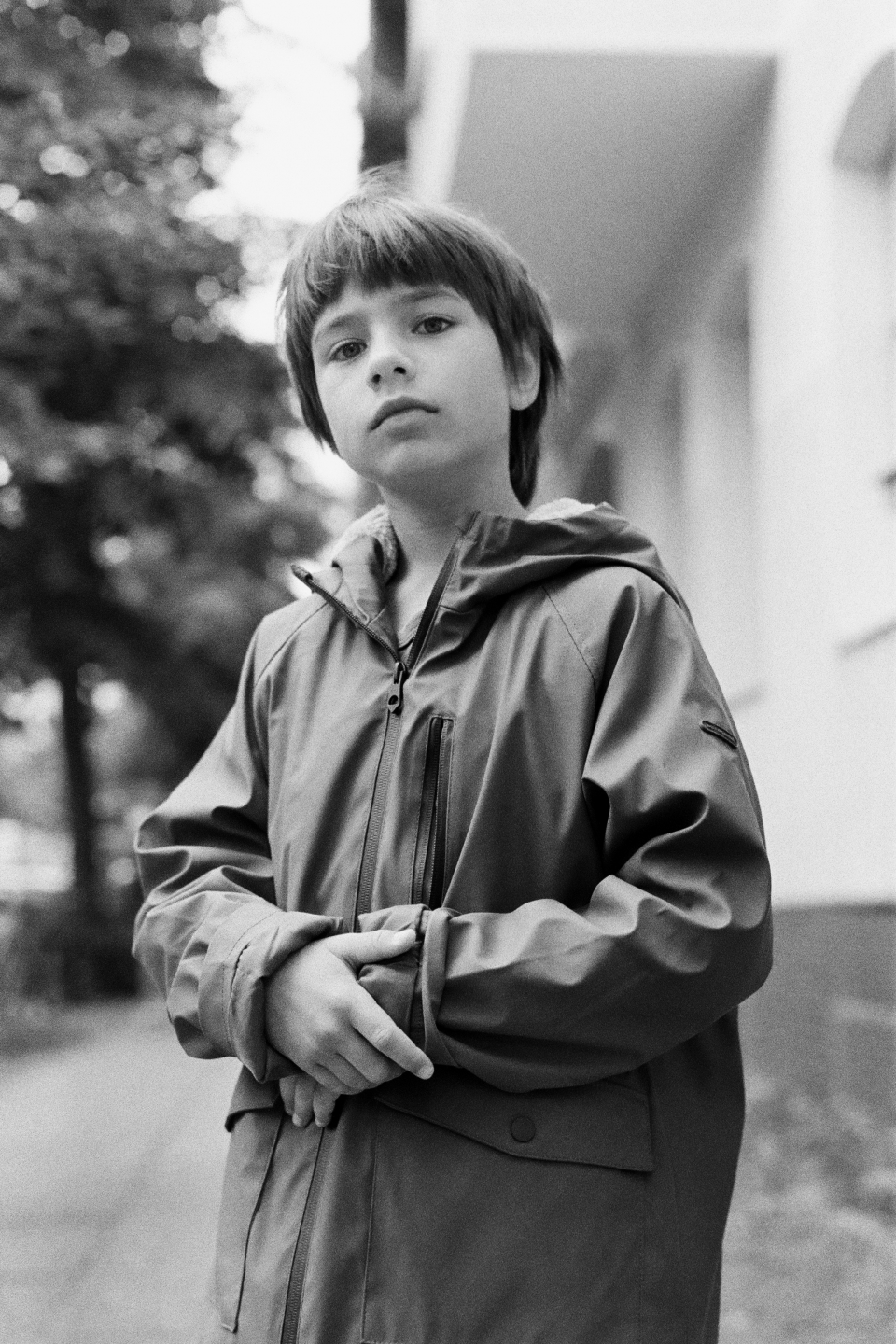 “I like to read scary comics, love to drive around Berlin singing loudly in the car and do a lot of sports with my friends. And I go to school, of course, which is actually my main activity. I’m not a quiet guy. I’m sorry to say that. But in this picture, I think I look very quiet. And rather quiet than wild.” 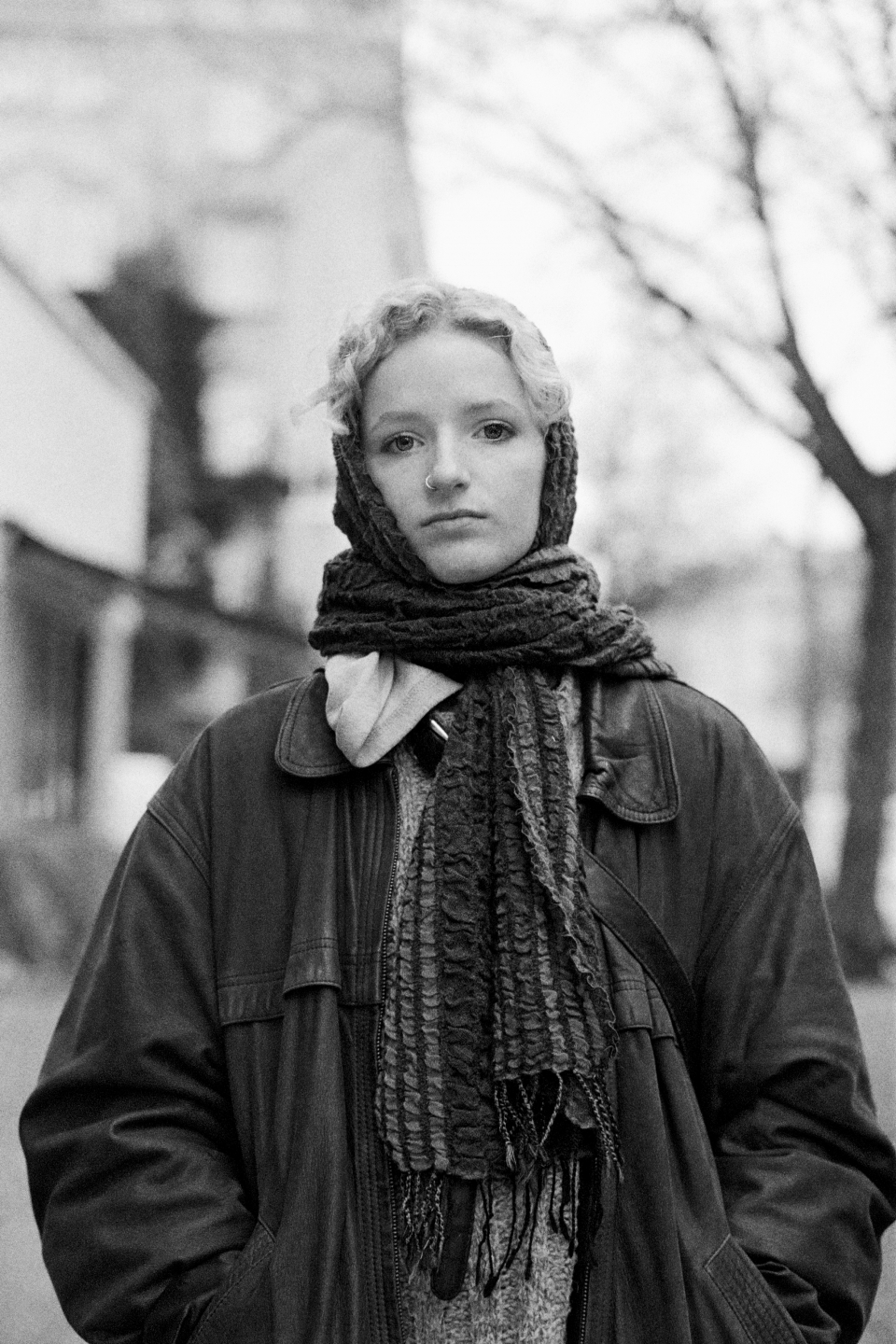 “I’m going into the twelfth grade. It’s not so much fun now, but I definitely want to pass my Abitur. And I definitely will. Lately I’ve been longing to go out to the country. We have such a nice little house there and are often there on the weekends. And that’s always nice because you’re out in nature a lot and you clear your head.” 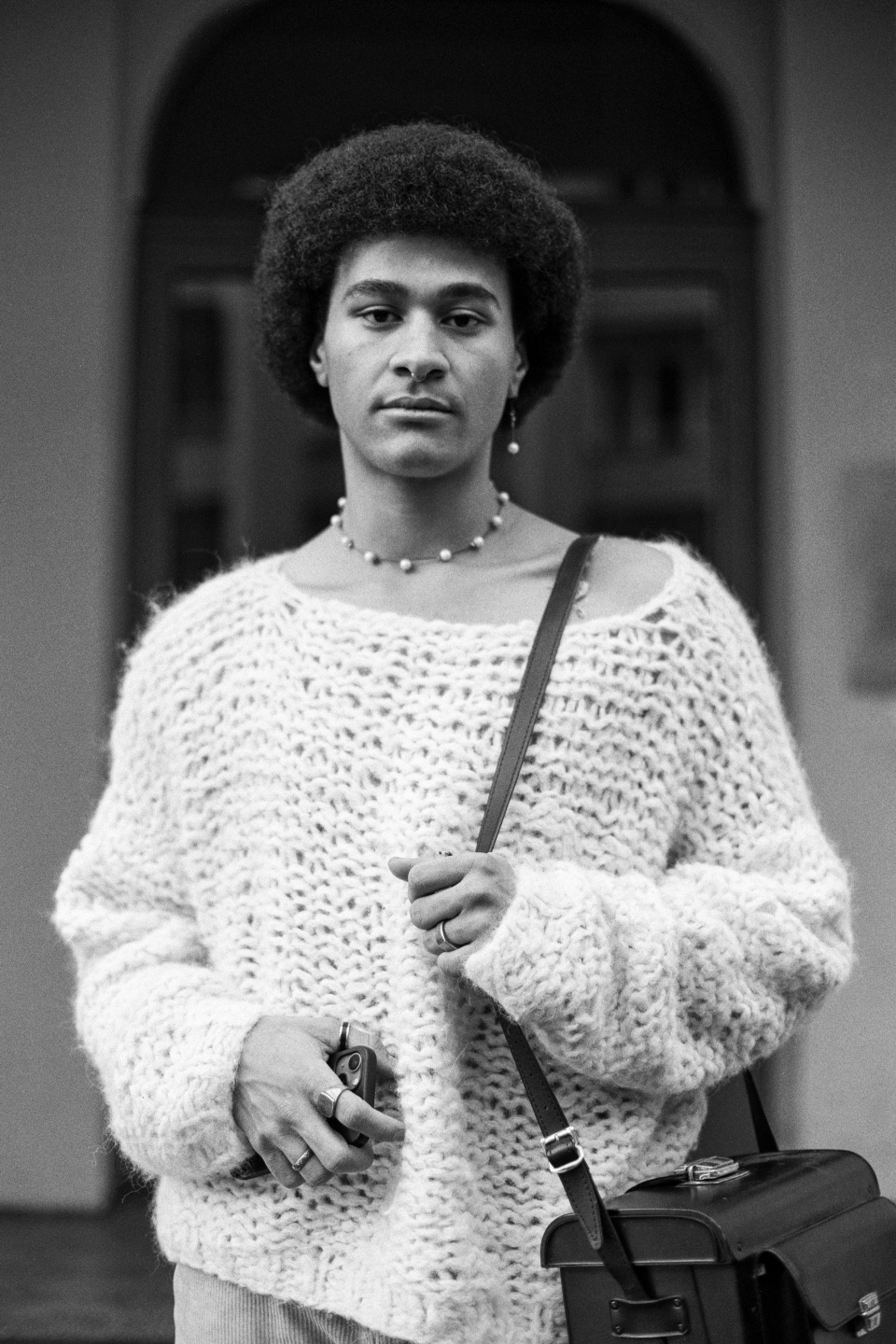 “Growing up with Germans in my hometown, I wasn’t the outsider, but I was different. And I knew that. And I always thought: yeah sure, you have to fit in. You have to look like a German. You have to behave like one. And then when I moved out
to Hamburg, I realized for the first time, through friends and through the city, I don’t have to! I don’t have to adapt at all. I am perfect the way I am. And that’s when I had my first real touchpoints with the African side of me. Then I started to make braids in between, bought crazier clothes, met friends who just lived it up. I thought that was awesome and thought: Why should I choose and conform? I can just have ten different personalities and ten different looks. Whether it’s long hair, an Afro, curly hair, whether I’m going casual with a suit or a skirt, whatever… I do what I’m in the mood for that day and then I like it too!” 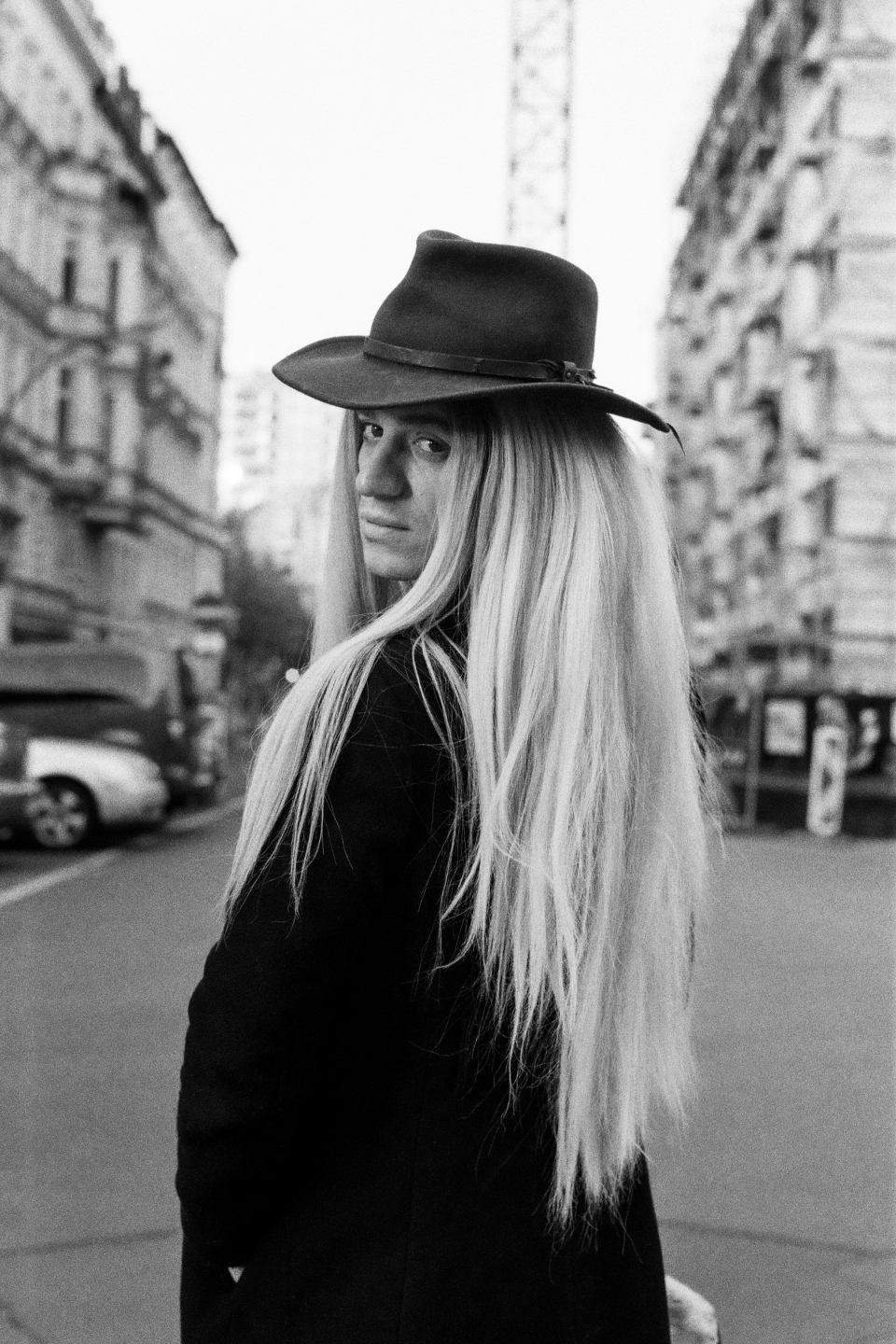 I see him on a Saturday morning. He is sitting alone on a little wall at Rainbow Square, somehow seeming enraptured. But something about him fascinates me. I pluck up the courage, walk up to him and ask what his name is. “Flavio,” he answers, his eyes wide with sleep. I tell him about my project and ask if I can take his picture. Flavio thinks for a moment and says in a calm voice, “Not like that.” He says he wants to lie down for a few hours first, freshen up and change. “Okay,” I say, “and when do we meet again?” We agree on 3 pm. Flavio packs up his stuff, gets on his bike, and rides off… At 3 p.m. I stand there again and wait. But there is no sign of Flavio. Only now do I realize that I don’t have his number. The hours pass, but Flavio does not appear. Again and again, I want to leave, but something holds me back. And finally, there I see him, riding towards me on his bicycle: He’s wearing a hat, a radiant blond wig underneath, and he looks even more ravishing than he did in the morning. 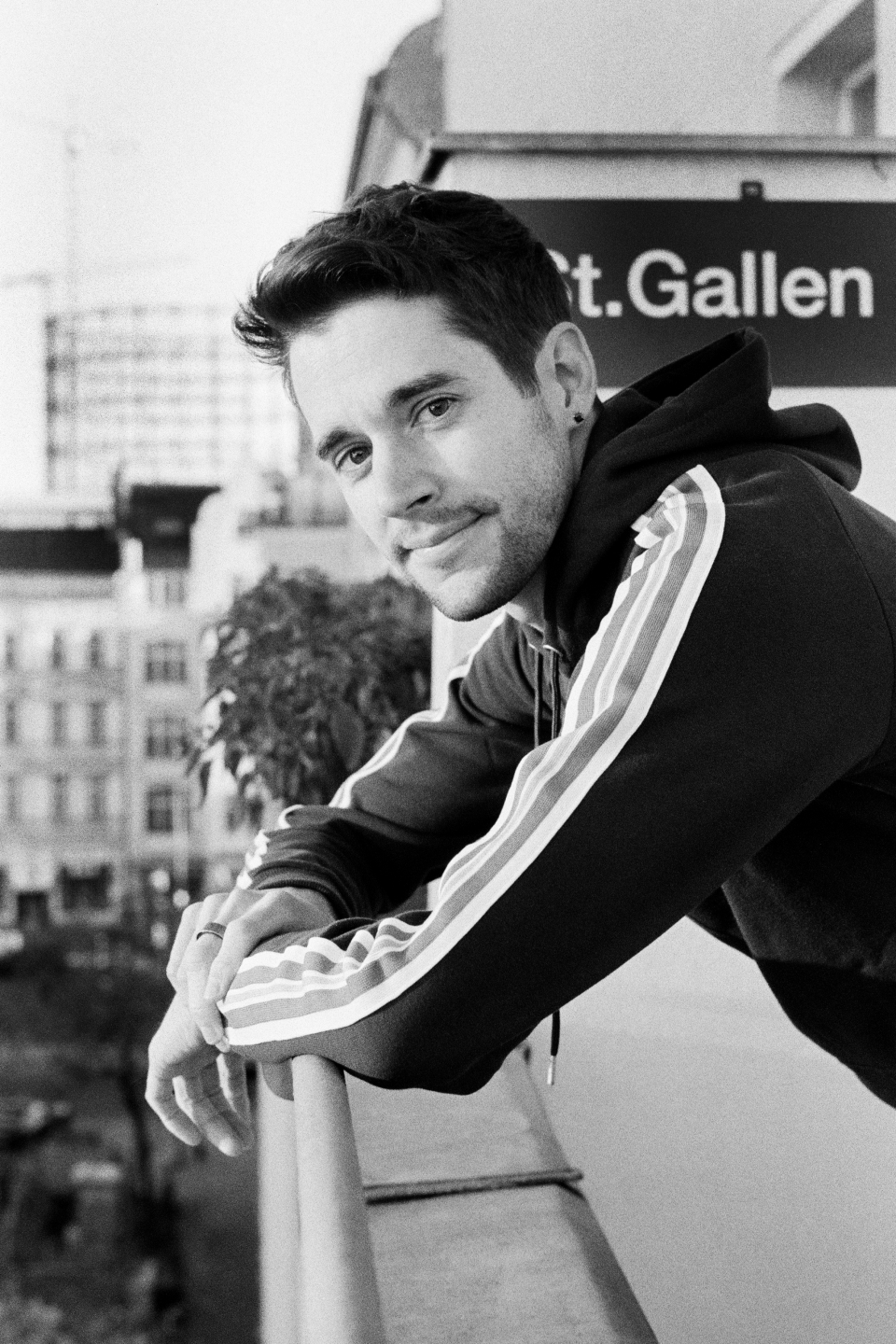 “Who do I see there? Someone who is looking for his way between the two worlds of Gasometer and St. Gallen. That’s where I come from, from the other side of Lake Constance. Berlin is not such a big step in terms of Switzerland – Germany, but rather in terms of small city – giant city. And that’s exactly what I wanted, this big-city flair with all the possibilities: Theaters, cinemas, restaurants, bars. And yet you also have your retreat here in the neighborhood. I think that’s a really great mix in Berlin. But I miss the mountains. There really aren’t any here. And every time I’m back in Switzerland, the first thing I do is take a trip into nature to satisfy this longing.” 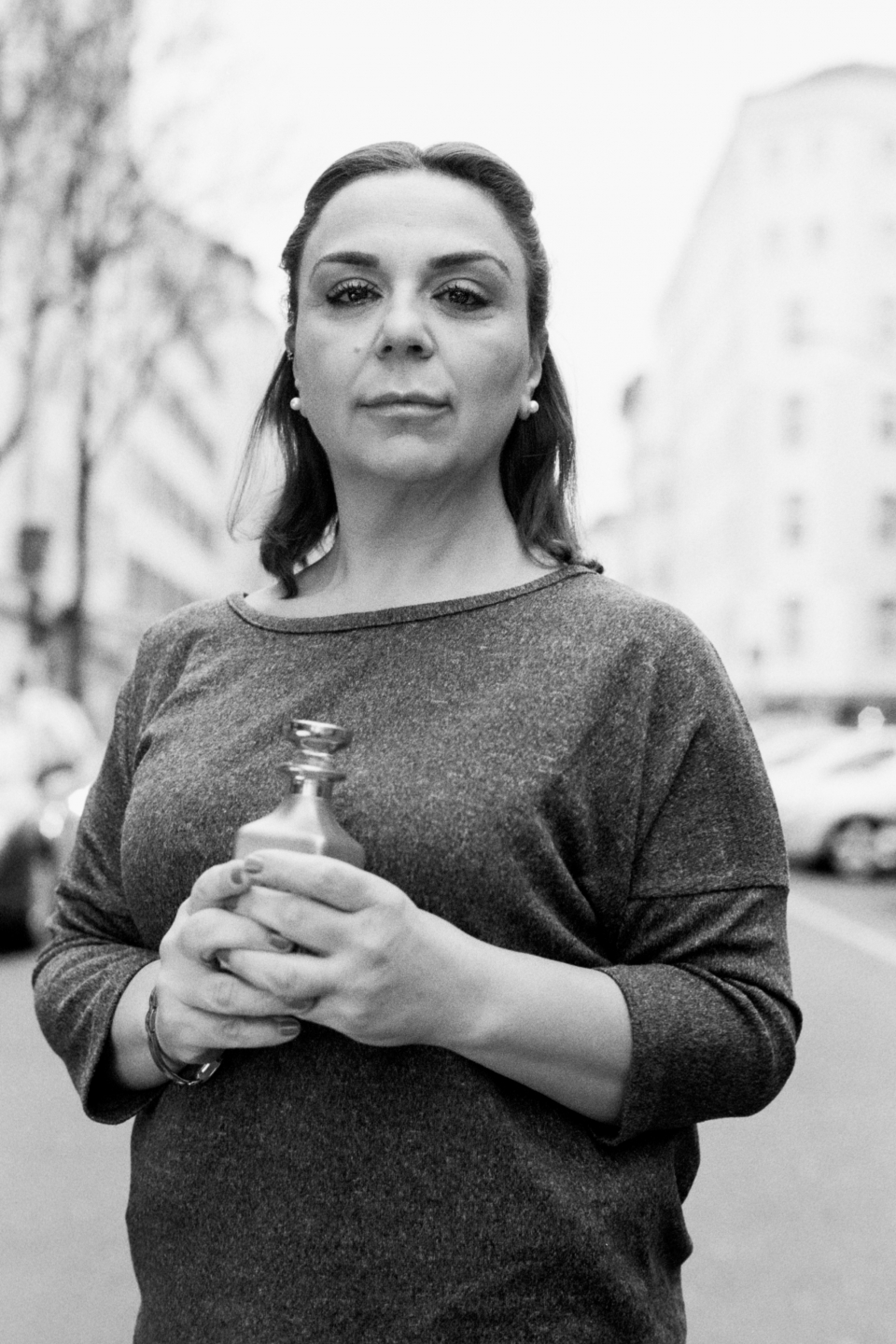 Carolin, 47, Owner of a hair salon

“This contact with different people, so young people, old people, people from everywhere, that’s what I love very much about my job. And that also suits me well, I would say because I’m very positive and funny. But in the photo, my eyes look sad. And yes, I’m sad too, of course. Sad because of the death of my dad. That has already brought me down a lot. But no one else can bring me down. And I will never walk through my life with my head low!” 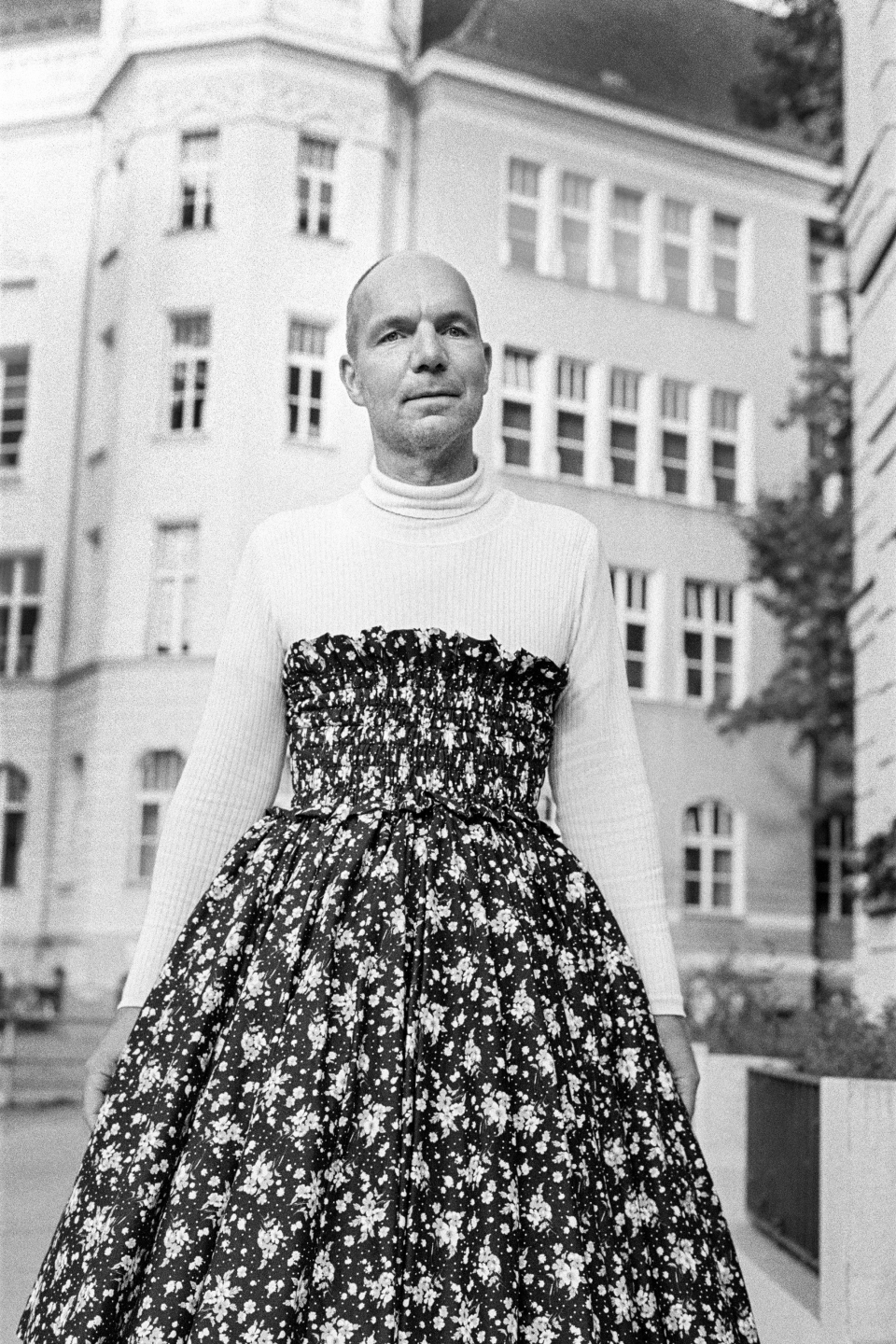 “In school we had a music teacher who said, ‘Lars, you can’t sing. When the class sings, you’d better be quiet.’ Programming, sure: You can’t sing. I don’t know, maybe I can. Maybe I’m a born opera singer. I don’t know. But that could be the case with everything else! I realized that you hide from your own greatness. For years I thought: You can’t deal with people. You can’t do that to people. Yes, and today I do exactly the opposite. I am closer to people than almost anyone else. Not even a doctor is as close to people as I am as a masseur. And I can do that well. People like that. They like my presence and they like to be treated by me. That’s been a huge step for me. If someone had told me that ten years ago, I would have said, ‘Are you insane? No way.” 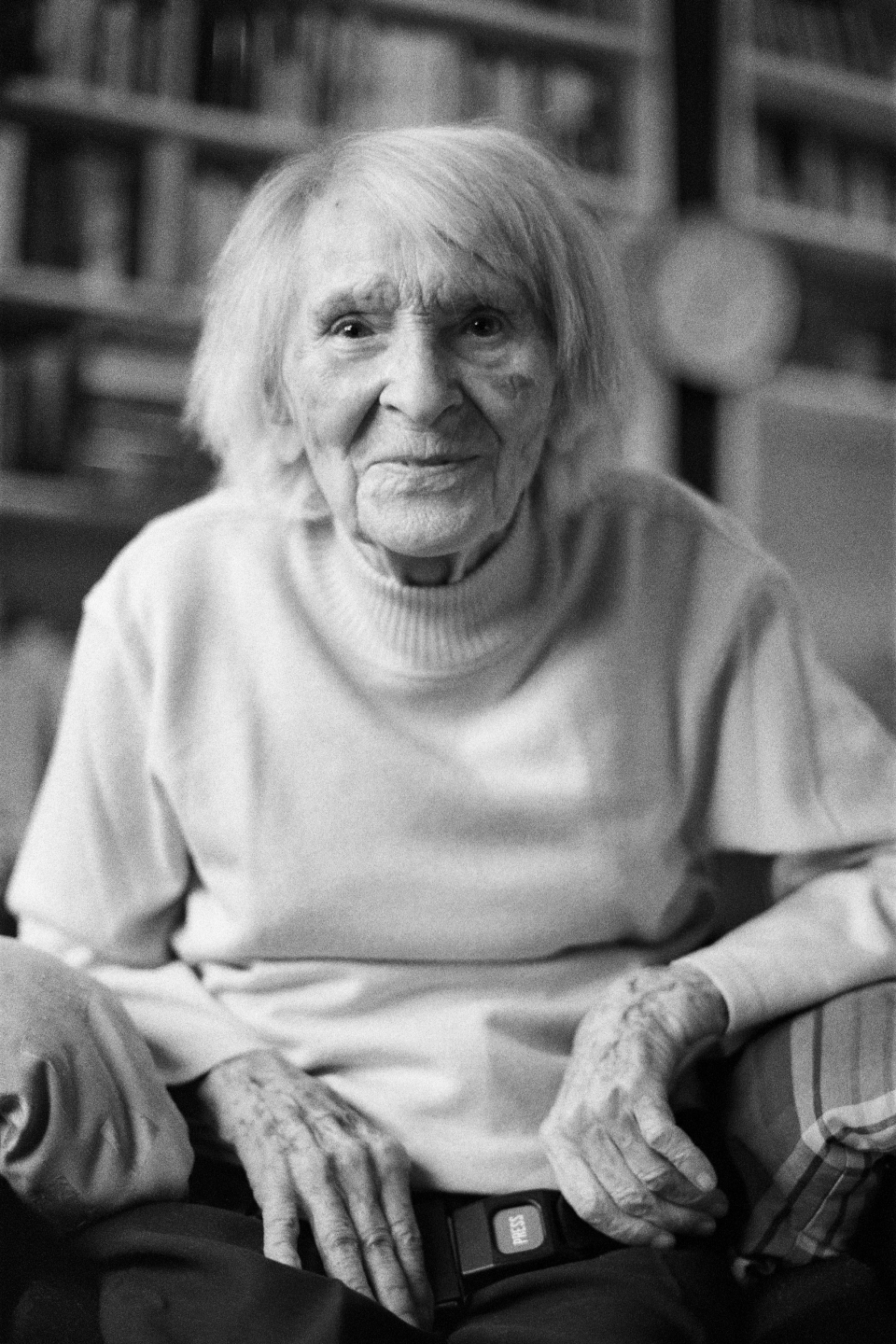 “I miss my apartment on Eisenacher Straße so much. I’ve lived there since 1965. And now I’m here with my daughter, because I fell at home alone, and I’m lying in bed and reading. I read and I read. Oh yes, if only I could go home once! But my daughter says that if I come home once, I’ll never come back. I worked at Karstadt for 17 years. I was always hardworking and always fast. I also raised the children and did the housework. But above all, I had two beautiful men: the father of my daughter for 30 years. And my second husband for 17 years. But both of them have passed away. Sometimes I think I would like to be in heaven or in Eisenacher. Which is better? But I’m not going to heaven yet, I’m still staying here. And I’m still fighting.”