Principles of Voguing: A Guide to Ballroom Categories 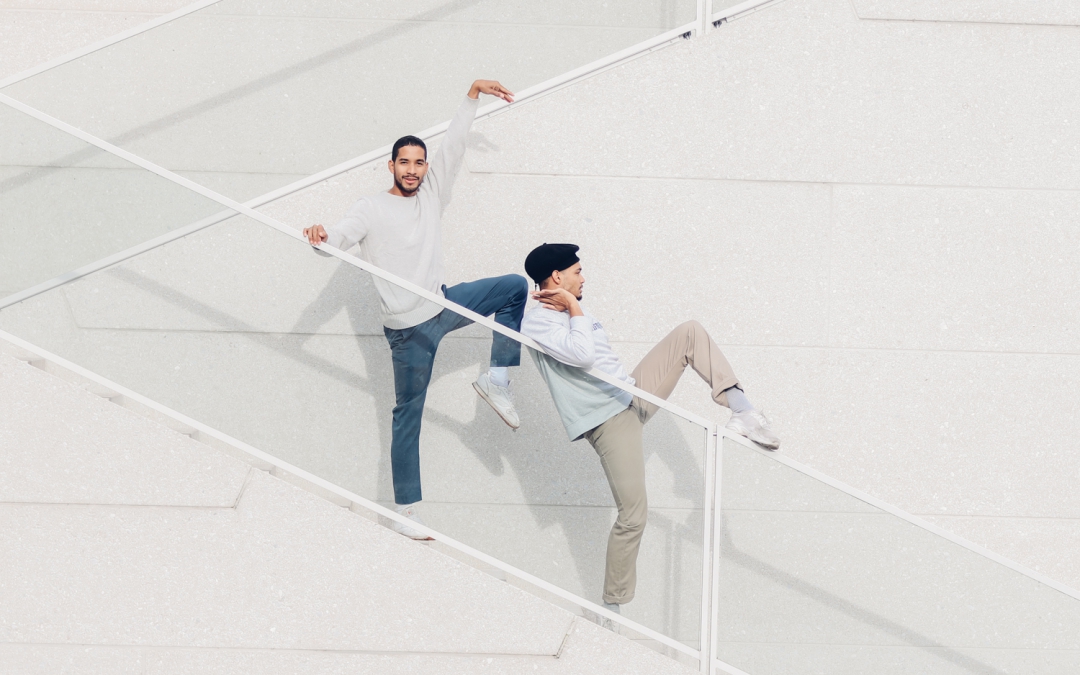 The Ballroom scene of Berlin is on fire right now! Never have there been more balls happening with new events popping up every other week. It’s exciting to see the enthusiasm of the young generation and how they rise up to create their own gatherings.

After we had so much fun at the last ball hosted by the charming David Angels Milan during Pride, we teamed up with him for his next ball Voguing for the Ocean that is happening this coming Saturday at Säälchen. The oceanic theme is not just meant as a dress code for the outfits of the Voguers, the event is also a charity fundraiser for the organization Ocean Now that is campaigning to protect this important ecosystem. Voguing for a good cause!

Alongside the gorgeous Tush Magazine, we will be co-presenting this Kiki Ball by David and we couldn’t be more excited about it. We will, of course, be there to take photos of the competition, but hopefully, also capture some of you in the audience! So, come thru and look fantastic!

In anticipation of the ball, we met up with some of the members of the Berlin Ballroom scene, including the amazing Zueira Angels Mizrahi from the Iconic House of Mizrahi and the German Mother of the Kiki House of Angels, as well as David Angels Milan himself, Gina Angels and Shayne Angels to capture some moves from the major Ballroom categories. So, without further ado, here comes our very own little guide to Ballroom!

Before we dive into the categories we want to give you a small introduction into the general Ballroom structure. To learn a little more about the history of Ballroom and Voguing, we recommend you read this earlier piece of us. The Ballroom scene consists of different “Houses”, there are the traditional Houses that have been around for decades, and then there are “Kiki Houses” which in simple terms is a younger generation of Houses. Members of these Houses host gatherings called “Balls” where they can compete against each other in front of a jury for trophies and fame in different categories. Some of these categories – but not all – involve the iconic “Voguing”. We want to introduce you to the major categories:

We’re starting in the past with one of the performance categories. Originally called “Pop, Dip and Spin” this was the style typical for the ’80s and earlier. It is all about symmetry and precision, movements and poses performed gracefully and fluidly. It became one of the styles later referred to as “Voguing”.

New Way is the performance style of the ’90s that evolved from Old Way and it incorporates a bigger focus on the arms with far stretches and contortions creating geometric forms. It’s more dynamic than Old Way and requires a higher level of flexibility from the performer.

Vogue Fem is often the most anticipated category of the ball because it serves the best drama and most stunning moves. For many, it is also the most recognizable “Voguing” style because there are so many pop-culture references to it in music videos and contemporary dance. It incorporates the 5 Elements of Voguing which are “Hand Performance”, “Catwalk”, “Duckwalk”, “Floor Performance”, as well as “Spins and Dips”.

One of the 5 Elements of Voguing is the “Hands Performance” which can also be a stand-alone category. It’s a style that requires a lot of speed and precision and is often used to create little narratives. A close relative of this category is “Arms Control” that incorporates the entire arm length and borrows more elements from New Way.

Part of the beauty categories this one is all about the natural beauty of the contestant’s face. The judges will take a closer look at facial structure, teeth, lips, eyes, and nose. Typically, the performer will incorporate certain gestures, moves and poses that highlight the face.

Realness is all about the illusion of blending in with heteronormative gender stereotypes. For instance, a trans woman presenting as a cisgender woman, or a gay man presenting as a straight man. This category has a strong historical importance for the Ballroom community as the ability to “pass” as heterosexual in the mainstream society of earlier decades was an important survival mechanism to stay safe in less tolerant environments. In many parts of the world, it still is today.

For this category, the contestants will draw attention to their body shape with flattering moves and poses and revealing outfits. There are certain subcategories that focus on specific body types to avoid “model-type” bodies competing against “full-figured” ones. A close relative to this category is called “Sex Sirens” that is equally physical, but less about body shape, more about sex appeal and flirtatiousness. During these categories, the audience is often asked not to film or photograph contestants.

This category borrows heavily from the world of fashion as contestants strut down the runway like fashion models. There are different styles to this: “All-American Runway” which is more straight forward and composed, and “European Runway” which is more expressive and incorporates more gestures. While Runway is judged more on the performance, there are other fashion categories such as “Labels”, “Best Dressed”, “Designer’s Delights” and “Bizarre” that are judged more on the outfit itself.

Tag Team is a performance shared with another member of the same house. Usually, parts are performed in synchrony, until there are break-out moments where one performer gives the floor to the other. Tag Team works both for Runway or Voguing Performances.

Posing is a style that was inspired by fashion shoots where the performer mimics a model changing different poses as if they were photographed. It’s a fun category that lets the performer accentuate their grace, wit, and beauty.

Last but not least, my personal favorite category, and one of the newer categories of the Ballroom scene: Shake That Ass. It’s another category that is less serious but more fun. The performer has to use all available techniques to highlight their booty that includes all kinds of shaking, bopping and twerking.

The Genders of Ballroom

One important element of the Ballroom categories is the gender definition that greatly differs from mainstream society. All of the above categories are usually designated to one or more of these specific gender types – some even have their own name for different genders but I wanted to keep it simple up there so I only used one category name each.

A Butch Queen is the Ballroom definition of a gay/bi cisgender man. A Femme Queen is a femme trans woman. Butches are masculine-presenting women. The final gender is actually more known and universally understandable: The Drag Queen is a female-presenting cisgender man in women’s clothes and make-up. To group these genders for the categories there are also the terms Female Figure that includes cisgender women, trans women, and drag queens, and Male Figure that includes Butch Queens, trans men and Butches. Some categories are also “Open To All” genders, and in recent years some balls have also introduced the option of non-binary.

So now it’s time to get your outfits ready for the next Ball and practice your poses and moves! See you on the runway!